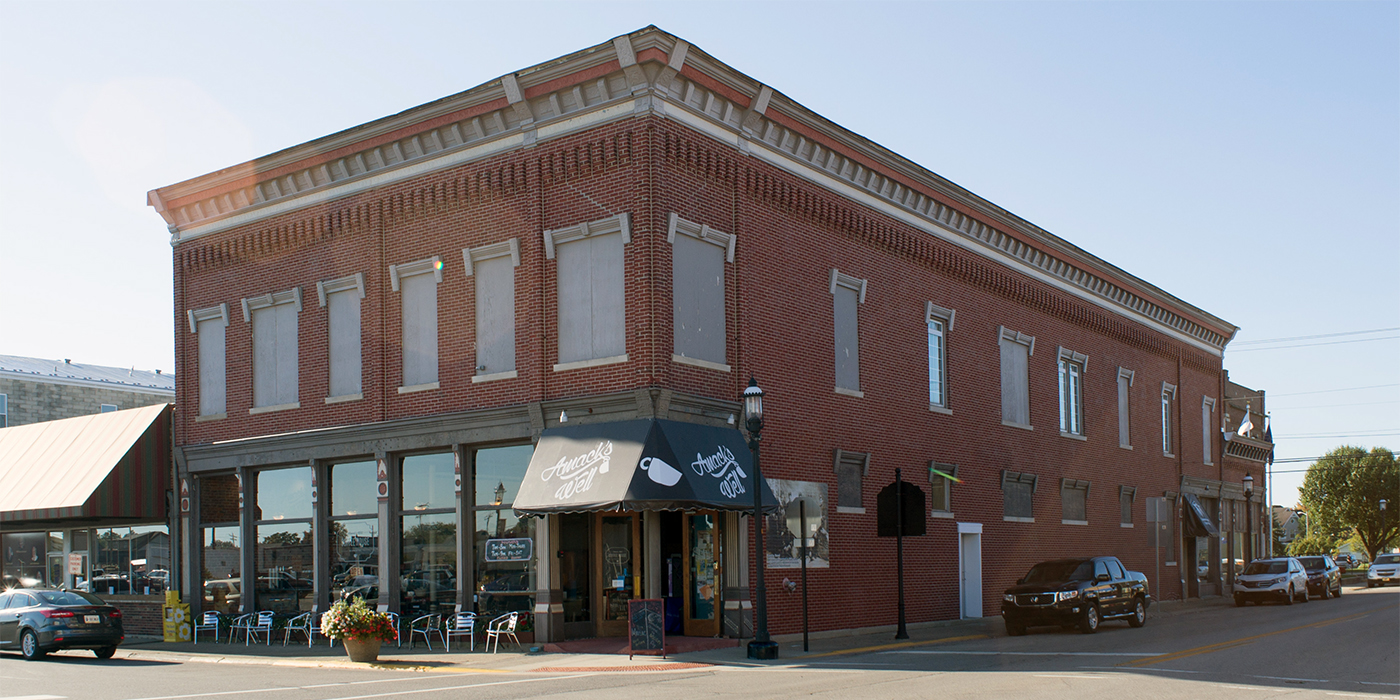 A Friendly Place to Gather

In case you missed our story on the coffee house earlier in the year, let us catch you up. First things first: a coffee house named Amack’s Well is bound to a have a story, right? This addition to downtown Batesville is named after community founder Teunis Amack, who first purchased land in the area, digging the coffee house’s namesake well in the process. The well, used by other settlers new to the area, became a community gathering place, and attracted railroad business. The non-profit organization behind Amack’s Well sees the new business performing the same function in today’s Batesville.

The turn-of-the-century downtown building has served commercial purposes over the years, from its origin as a hardware store to two different furniture stores. The Community Church of Greensburg and Batesville bought the property about six years ago as a Batesville campus, repurposing the rear of the building and mothballing the front store area. The church envisioned a coffee house as a “third space” for people to gather in addition to work and home and created a separate non-profit organization to realize the dream. 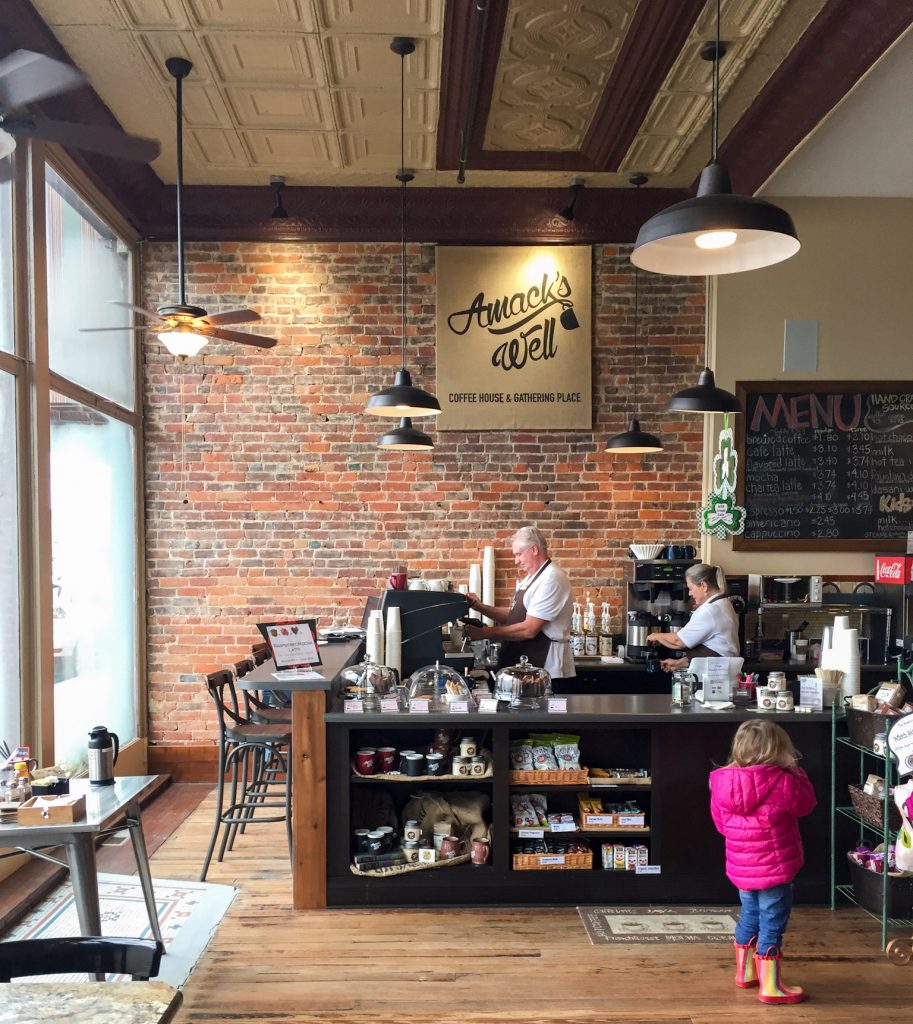 The rehabilitation met with challenges and blessings. The crew removed a mezzanine, perhaps a later addition, due to its low clearance. They stripped the original pine floors and patched holes using floorboards from elsewhere in the building. The pressed-metal ceiling remained impressively intact, with a sprinkler system artfully added. Restrooms got modern upgrades. The clever addition of sliding doors at the rear of the coffee house allows the space to open into the church worship space for special events. Plans for the next phase of work include repairs to upper-floor windows and additional façade improvements.

Board president and manager Roberta Cook outlines three primary goals of the coffee house, beginning with offering a friendly place for people to gather. Outreach is another goal, with campaigns ranging from supporting local food pantries to building care packages for deployed troops. The third goal: enhancing downtown Batesville, not only as a business but also as a hub for the arts.

A rehabilitated building is wonderful, but it is truly special when it becomes an important part of the community. Batesville has embraced Amack’s Well and its programming, which includes a concert series and rotating art exhibits for professional and amateur artists. The rear wall of the coffee house is dedicated to local student art. A recent photo exhibit, “We Are Batesville” featured portraits of 17 individuals whose work is integral to the town. Customers even banded together to help purchase furniture for outside seating during a “sponsor a chair” campaign.

The friendly staff — a mix of employees and volunteers — helps make the experience a welcoming one, with a variety of coffee and tea and locally baked goods at the ready. You can find Amack’s Well on Facebook—or just stop in at 103 East George Street in Batesville.