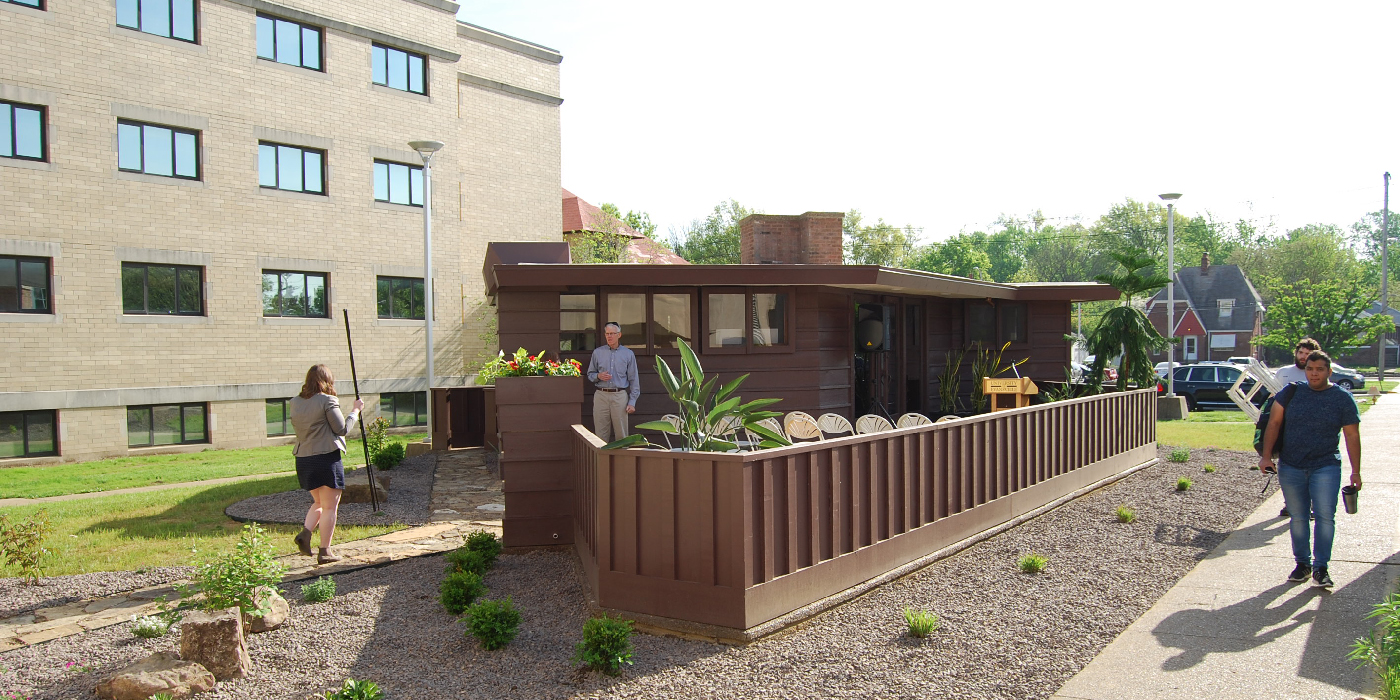 Peters-Margedant House, University of Evansville.
POSTED ON May 23, 2017 BY Indiana Landmarks | News

An Indiana native and Benjamin Bosse High School graduate who studied at both Evansville College and MIT, “Wes” Peters became Frank Lloyd Wright’s first apprentice at Taliesin in Wisconsin in 1932. Peters went on to work with Wright for most of his career, eventually becoming Wright’s right-hand man and running his architecture school after the master’s death in 1959.

In 1935, during a two-year break back in Evansville, he designed the small house – just 552 square feet – displaying many of the principles of Wright’s Usonian homes. Though he would never claim credit as first, the ever-humble Peters designed the Peters-Margedant House two years before Frank Lloyd Wright’s first Usonian appeared in Madison, Wisconsin, in 1937.

Wright conceived his Usonian houses in the depths of the Depression as affordable, efficiently designed homes for working families. They bear a resemblance to his Prairie style houses in their horizontality, use of natural materials, and relationship to the land, but Usonians were one-story, marrying affordability, accessibility, function, and efficiency of space – all qualities highly valued in the current Small House Movement of today. 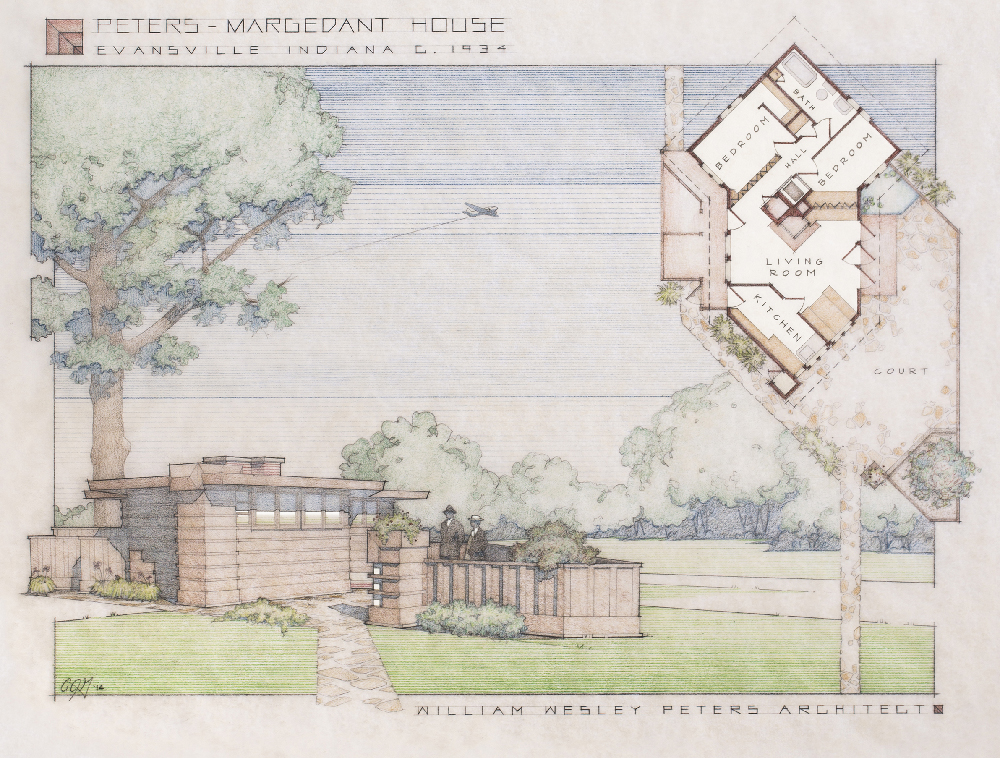 The house, which was in danger of being removed from Evansville, landed on Indiana Landmarks’ 10 Most Endangered list a few years ago. An ad hoc local group rallied and appealed to the city and the University of Evansville, where Peters was a student for two years before heading to MIT and Taliesin.

Indiana Landmarks, with help from the city and the Vanderburgh Community Foundation, bought the Peters-Margedant House. In August of 2016, the house was moved to its new site behind the Koch Center for Engineering and Science at the university, where it will serve as a learning facility for both students and the community.

Tours of the house are available by appointment. For more information, email Dr. Heidi Strobel at the University of Evansville, hs40@evansville.edu.