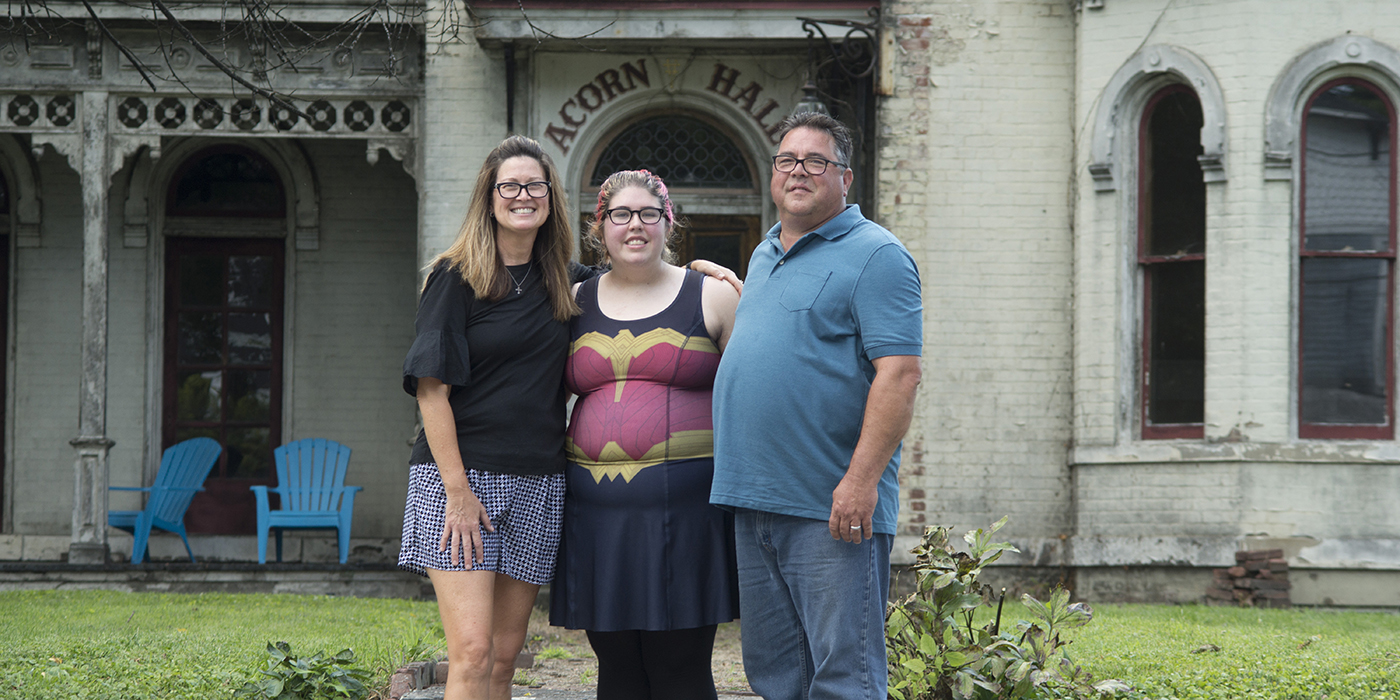 When Indiana Landmarks included Acorn Hall in our 2002 coffee table book 99 Historic Homes of Indiana, the Victorian house in Greendale looked pristine, inside and out. Last year, our board wrestled in several meetings with how we could free the house from foreclosure hostage and accelerating decline. Indiana Landmarks holds a preservation easement on the property, so we were especially motivated to find a solution.

William Squibb, a distiller, and his wife Mary built Acorn Hall in 1883. Renovated in the ‘80s as a bed-and-breakfast, Acorn Hall fell in recent years into dilapidation and mortgage foreclosure limbo. Indiana Landmarks helped iron out the legal tangles so the house could go on the market.

Second Empire and Italianate features, combined with a central tower, made the house impressive, even in decline. Bill and Nancy Smith admired the property every time they visited a bank located in the historic house next door. When Acorn Hall finally came up for auction earlier this year, the Smiths snapped it up. “Even though it turned your stomach to see the damage, we couldn’t let a house like that go,” says Nancy.

Vacancy and vandalism had left their marks on the interior—holes chiseled in the floor, mantels stolen, graffiti on the walls, and windows cracked or missing altogether. A leaking roof caused ceiling collapses and buckling floors. Raccoons made a home in the box gutters. 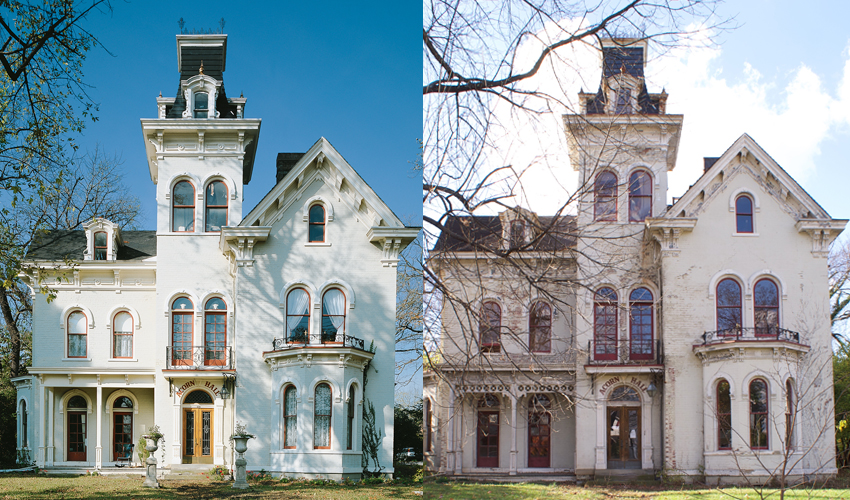 Built in 1883 for Lawrenceburg distiller William Squibb, Acorn Hall looks impressive even in decline. Indiana Landmarks intervened to untangle the properties' complicated foreclosure and rejoiced when Nancy, Sarah, and Bill Smith bought the house at auction this year. They're rehabbing Acorn Hall as their home and business.

The Smiths spotted the house going up for auction through a Facebook post by a local radio station, asking “Would you live in this house?” They bought Acorn Hall at an auction in March and immediately re-roofed it and started cleaning up the overgrown yard and failing trees. At 8,400 square feet with 24 rooms, the house is large enough to accommodate the Smiths’ living quarters and Bill’s business, NBSEnterprises, a logistics company that coordinates truck freight traffic in Indiana and nearby states.

Though the Smiths have never owned a historic home, they do have plenty of DIY know-how, having built their current residence. Indiana Landmarks’ Southeast Field Office Director Jarrad Holbrook advises on to-do list priorities and provides old house rehab direction.

The Smiths’ work at the property draws attention from townsfolk concerned about the future of Acorn Hall, many with stories to tell. They’ve heard about how William Squibb used to play the organ with the doors open to entertain passers-by. Nancy, who works as a flight attendant on the weekends, discovered that a co-worker’s great-grandfather, another whiskey distiller, built the house next door. The Smiths hope to compile and display articles and photos they’ve collected about the house and the Squibb family. 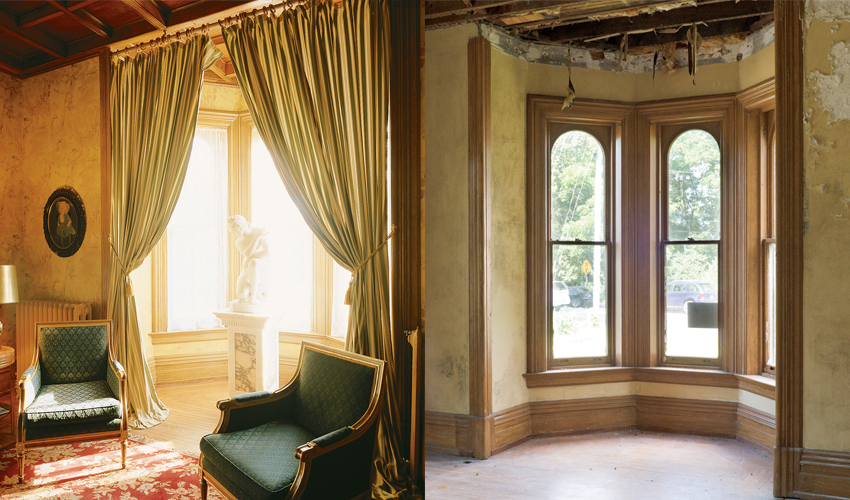 Vacancy, vandalism, and foreclosure took their toll on Acorn Hall (shown above in before and current views), leaving roof leaks, collapsed ceilings, buckling floors, cracked windows, and stolen mantels. After putting on a new roof, the Smiths are repairing the original features and searching for the right furniture and fixtures.

For now, their focus is on the interior restoration. Holbrook assisted the Smiths in their application for a historic renovation grant from the Indiana Office of Community and Rural Affairs. Grants from the program provide up to 65 percent of the costs of exterior rehabilitation up to $100,000 for landmarks that have a commercial use. They’ll learn in October if their proposal makes the cut in the competitive program. In the meantime, they’re investigating heating and air conditioning systems, and visiting flea markets for furniture that will suit Acorn Hall.

“We’re going to bring this back and do it right,” says Bill. “It’s going to be a thrill ride to see.”