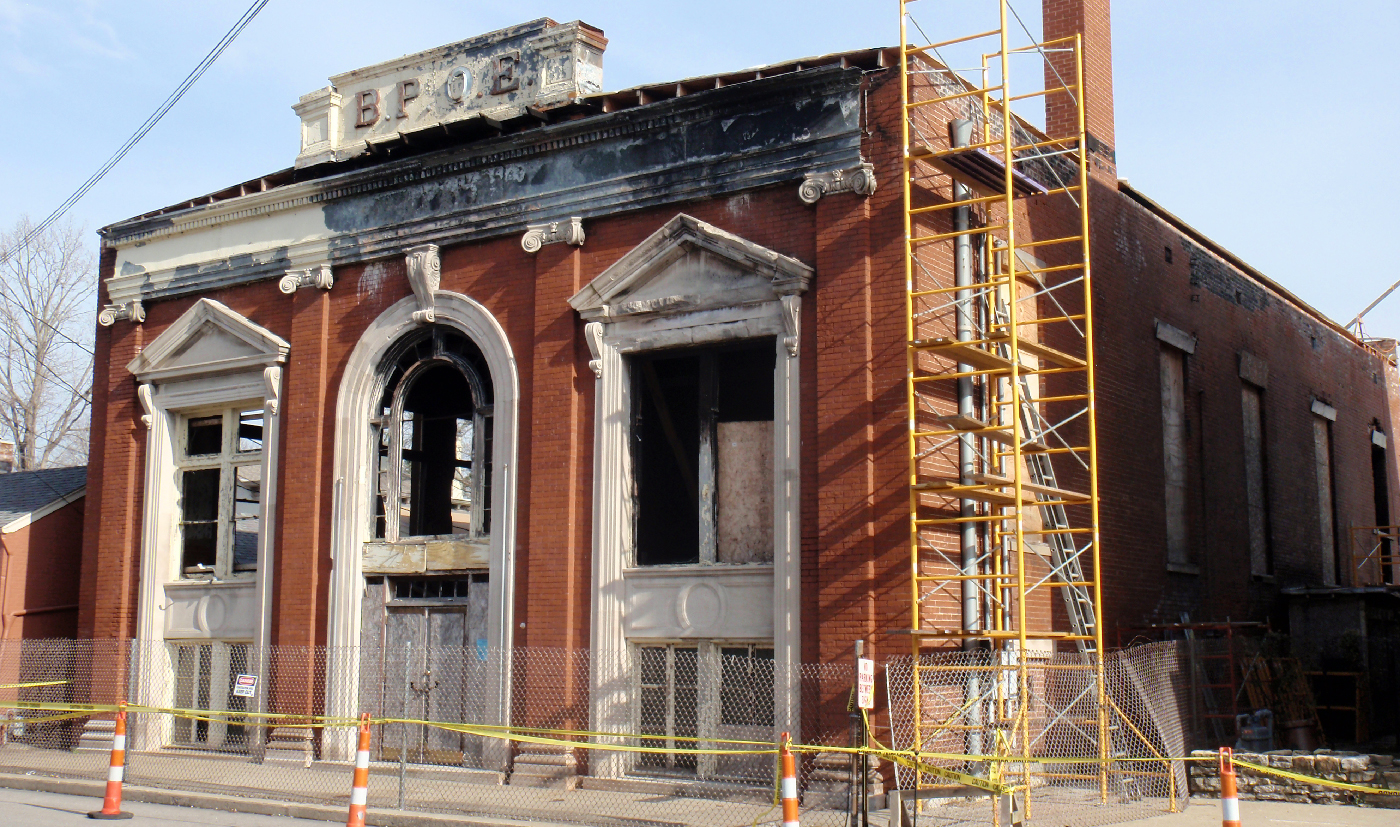 A Spark of Hope

In August 2006, an arson-set fire swept through the Elks Lodge and damaged four nearby buildings in Madison’s downtown historic district. The other buildings, including the former Madison City Hall, were restored in fairly short order, but the heavily damaged Elks Lodge presented a tougher challenge.

The Elks, who had completed an extensive interior rehabilitation of the lodge only two years before the fire, decided to relocate. The club planned to demolish the historic building. In a bid to save it, Madison’s local preservation nonprofit—the Cornerstone Society—accepted the deed to the building.

Things looked promising when Cornerstone found a buyer who cleaned out the interior, stabilized the walls, and re-roofed the building. But progress stalled, and city officials grew weary of waiting. The city threatened demolition, and Cornerstone was forced to take back the building last September.

Back at the drawing board, the group requested proposals, hoping to attract a developer with the resources and expertise to save and repurpose the lodge. As it turns out, the right people were in Cornerstone’s back yard.

Valecia Crisafulli, a long-time employee of the National Trust for Historic Preservation in Washington DC, retired to Madison with her husband Larry in 2013. The couple recently rehabbed a commercial building on Madison’s West Main Street and found themselves drawn to the Beaux Arts lodge. They envision the building adapted to house six or eight high-quality apartments, which are in demand in Madison.

Crews have already begun asbestos removal and environmental abatement. Exterior work is slated to begin in November. The Crisafullis expect the restoration project to take two years. Indiana Landmarks is helping the couple fine-tune an application for the state’s Historic Renovation Grant Program to help offset some of the costs.

Read more and see photos of work beginning at https://madisoncourier.com/Content/News/News/Article/Rising-from-the-Ashes/178/961/105209