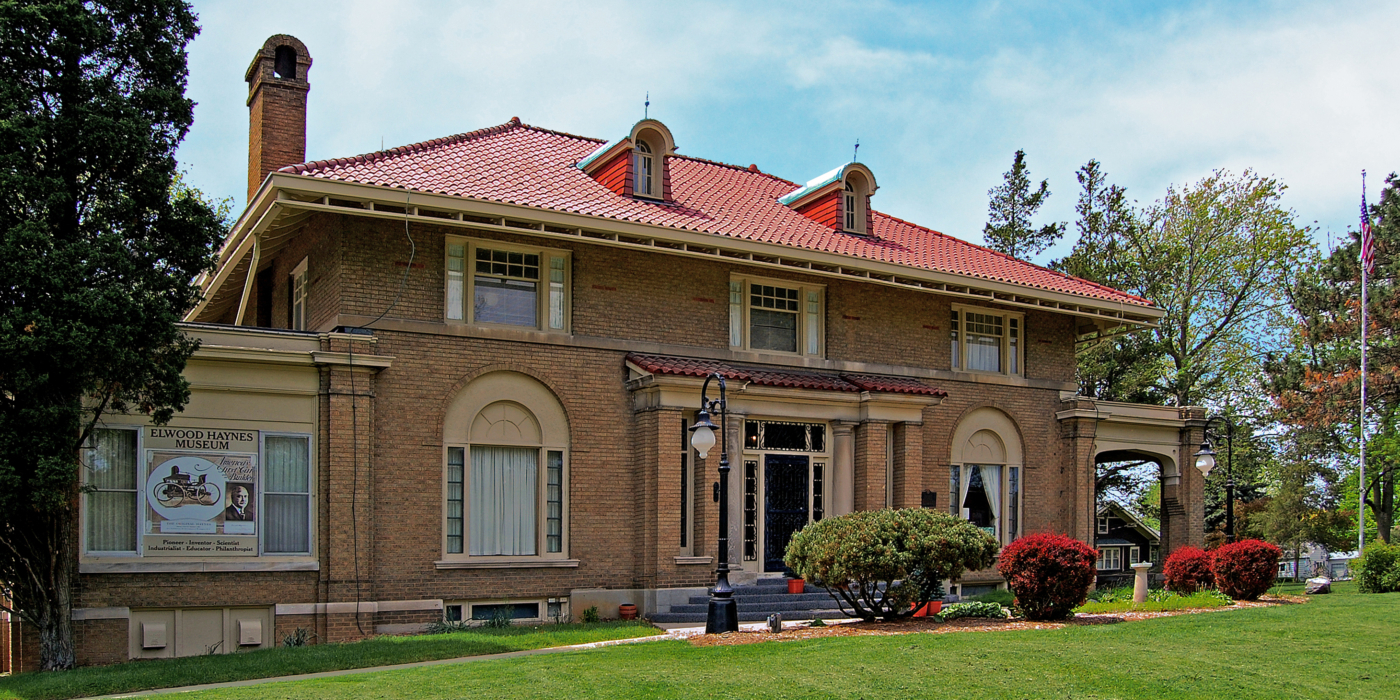 Haynes' 1916 mansion, where he lived until his death in 1925, now houses the Elwood Haynes museum. The eclectic Prairie and Italian Renaissance style home was included on the National Register of Historic Places in 1984.
POSTED ON December 13, 2017 BY Indiana Landmarks | Indiana Automotive Landmarks

On the Fourth of July in 1894, residents of the north-central Indiana town of Kokomo saw a strange sight heading out past the edge of town: A man in his mid-thirties leading a team of horses pulling a small buggy-like contraption on Pumpkinvine Pike. The man unhitched the buggy, manipulated some controls, and made several cranking motions. The noise that followed was as loud as the firecrackers no doubt planned for later that evening. The man then climbed onto the buggy, which began to move down the road, as if by magic, without aid of a horse. Was the man a conjurer? A practitioner of the black arts? No, he was the superintendent of the local gas company, Mr. Elwood Haynes and his little self-propelled buggy, dubbed the “Pioneer,” caused quite a stir in his Indiana town. 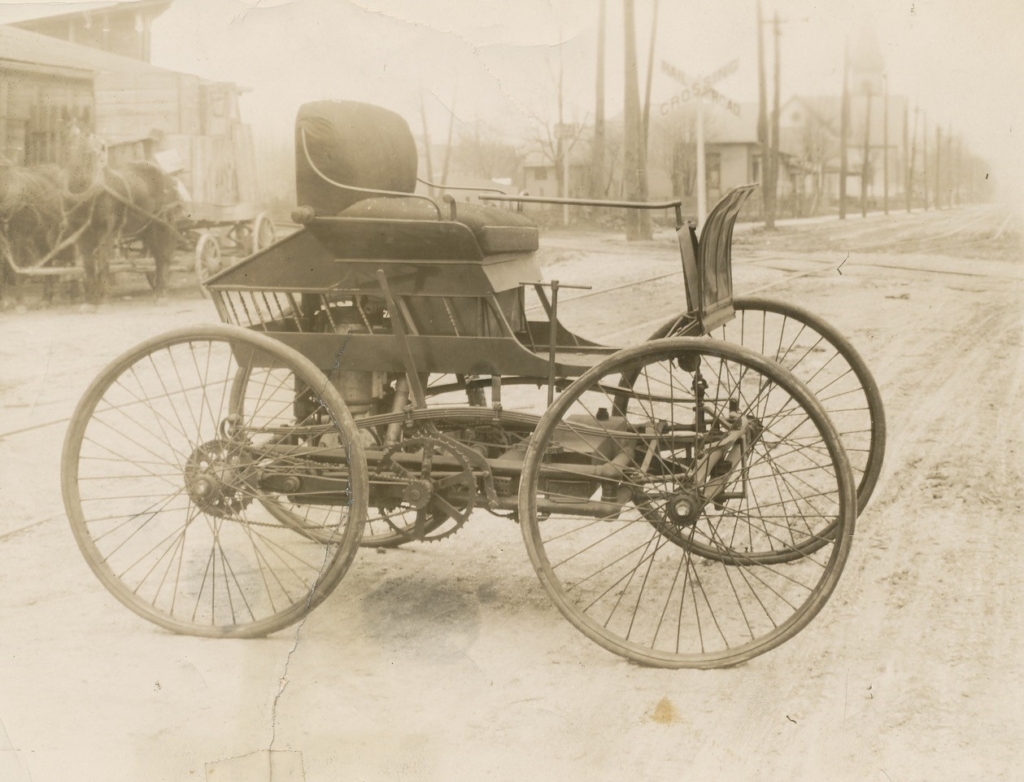 Despite the “America’s First Car” moniker that Haynes’ overactive advertising department would later bestow, Mr. Haynes’ “Pioneer” was not the first gasoline-powered automobile to be tested in the United States. It was, however, built from the ground-up as an automobile, unlike the Duryea Brothers 1893 creation in Springfield, Massachusetts, which “moved no faster than an old man could walk.” John William Lambert, who eventually produced cars in Anderson, and Charles Black of Indianapolis, whose only known car is on display at the Auburn Cord Duesenberg Museum, also created horseless carriages that pre-dated Haynes’ efforts.

In 1896 after developing an innovative balanced two-cylinder engine, Haynes founded the Haynes-Apperson Company with brothers Elmer and Edgar Apperson. The trio is credited with manufacturing the first commercial American car. Haynes pioneered the use of alloys such as aluminum in automobile engines and patented the tilt steering wheel in 1903, at a time when most other cars still used tillers to steer. For all of Haynes’ creations, the one old car hobbyists appreciate most is Stellite. This extremely hard alloy hardens valve seats so cars can run on unleaded gas. 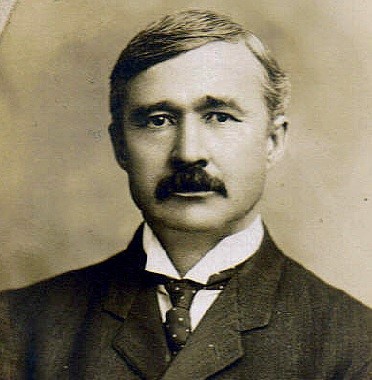 Elwood Haynes worked with the Apperson brothers through 1901, but their partnership soon faltered. By 1904, Haynes-Apperson was no more, with Haynes and Apperson building cars under their own names. The little two-cylinder runabouts and surreys they had manufactured with Haynes’ engine soon grew into four-cylinder touring cars. Haynes relied on a sturdy inline six from 1913 until the last Haynes car rolled down the line in 1925. A Light Twelve was offered from 1916 to 1922, with only a handful surviving today.

Many in the automotive world forgot Elwood Haynes after his passing in 1925, but his adopted hometown of Kokomo remembered him. In 1951, fans of the locally-made cars started the Pioneer Auto Club’s Haynes-Apperson Chapter. By 1966, his 1916 mansion became a museum, which is still open to visitors today. A decade later, the Haynes-Apperson Festival debuted to help preserve Mr. Haynes’ achievements. By 1998, an automotive heritage museum opened, with a number of Haynes and Apperson automobiles on display. With his 2015 induction into the Automotive Hall of Fame in Detroit, Elwood Haynes finally received the respect due him on a national level. It is our duty to see that his accomplishments are properly enshrined in the memory of Hoosiers for all time. 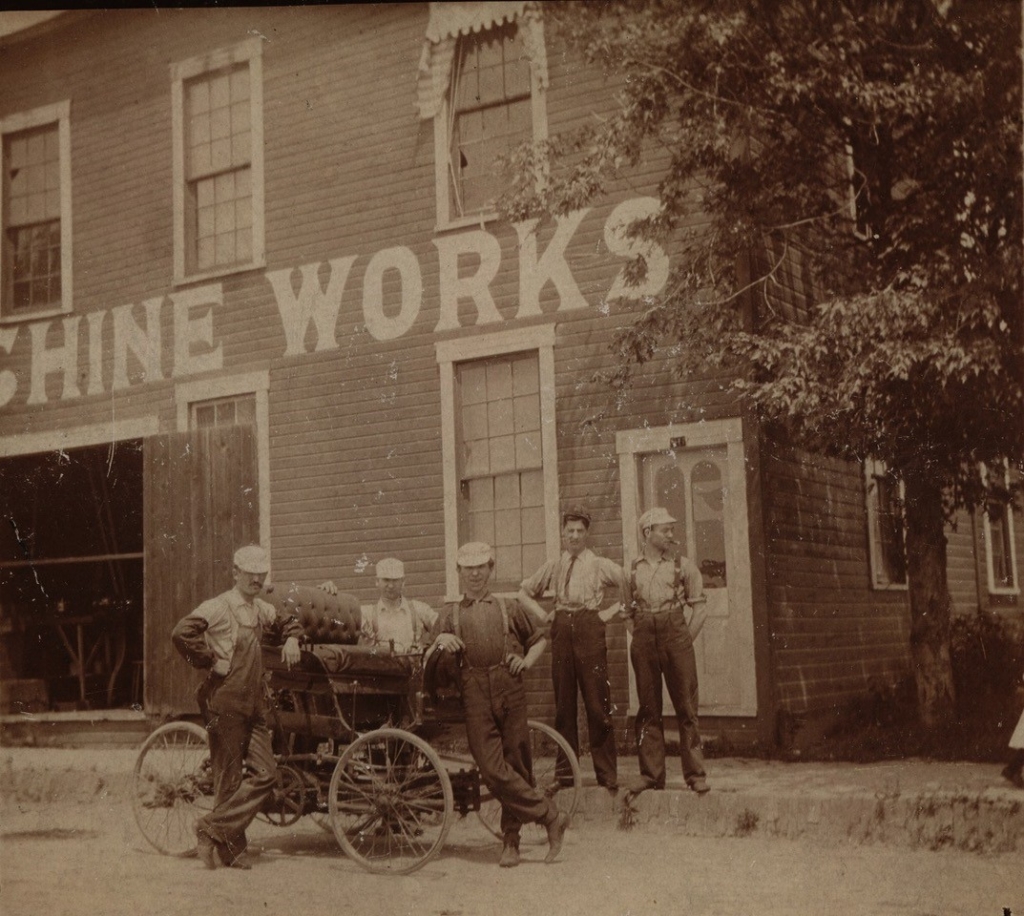 Jeff Shively is an Indiana Automotive Board Member and serves as Director of Development at the Kokomo Automotive Museum.