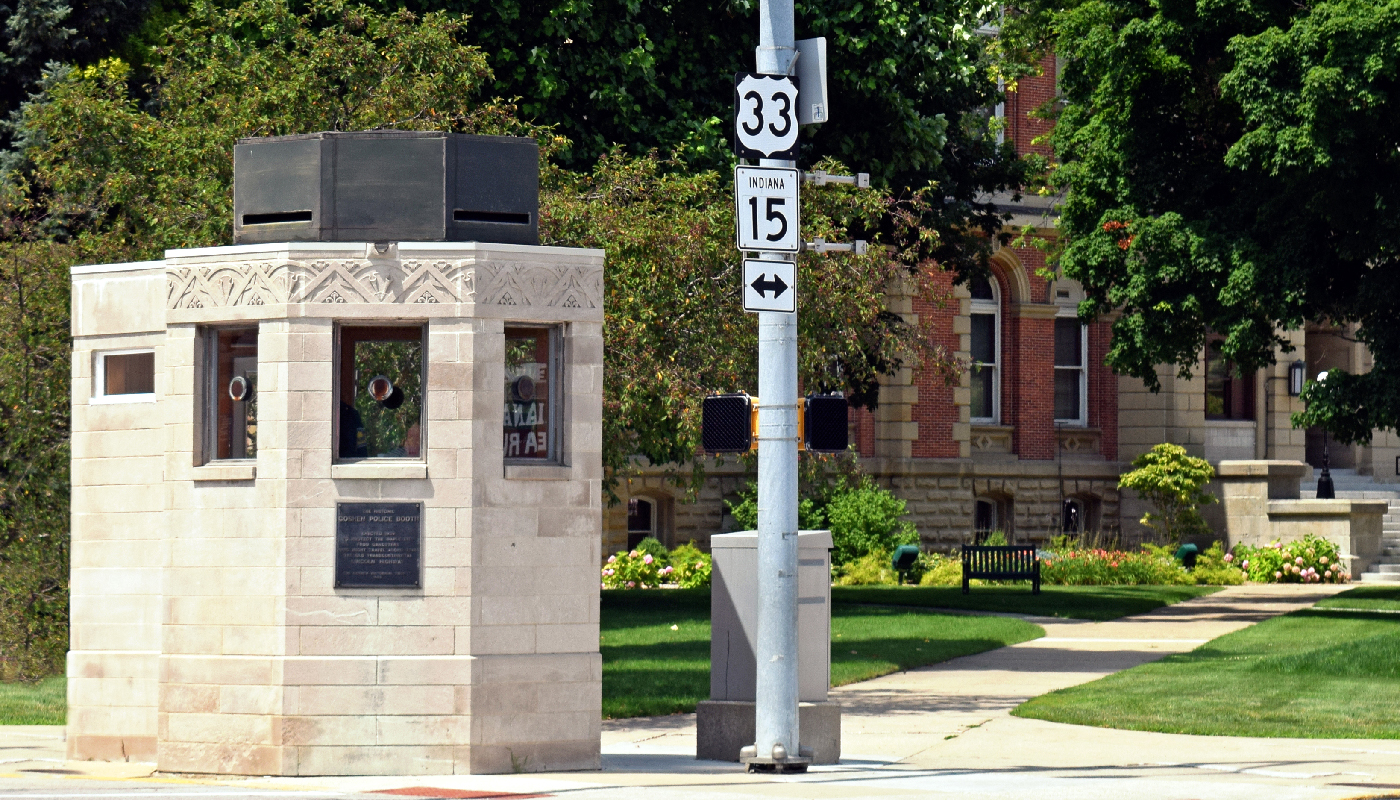 In the Name of the Law

It’s easy to see why Goshen officials might have been worried. In the early 1930s, John Dillinger and his gang had already raided and robbed their way through much of the surrounding area, plundering police arsenals in nearby Auburn, Peru, and Warsaw for weapons, ammunition, and bulletproof vests, and holding up a bank in South Bend. Goshen officials believed their town’s place along the Lincoln Highway between New York and Chicago –- and their two downtown banks — made the community a target for gangsters.

So the mayor directed construction of the tiny armored post to ensure a round-the-clock police presence in the area. Built by WPA workers, the concrete block booth incorporated bullet-proof glass and ports for guns at the windows. Ironically, the structure was completed in 1939, long after Dillinger died in a Chicago shootout with police in 1934. 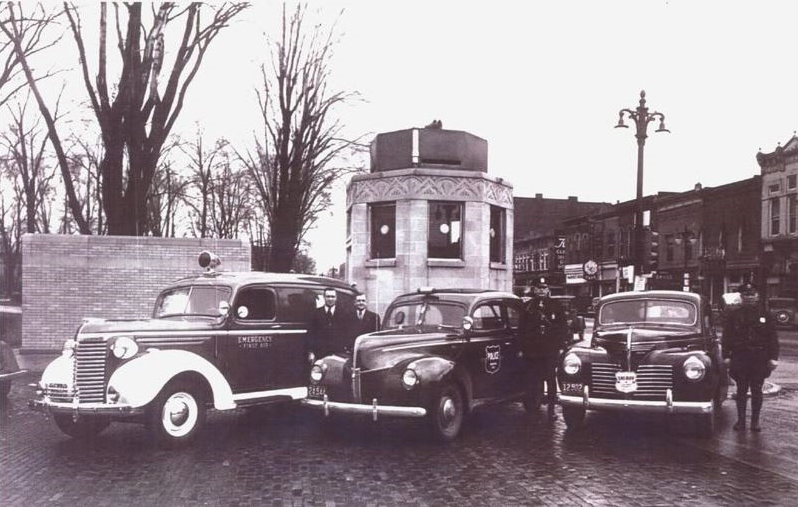 Though it never saw any action with marauding gangsters, the booth continued to serve local law enforcement for 30 years as a sort of downtown command center, with an officer on duty there 24 hours a day.

Today the tiny building is a quirky landmark and a popular photo-op backdrop for law-abiding travelers along the Lincoln Highway.