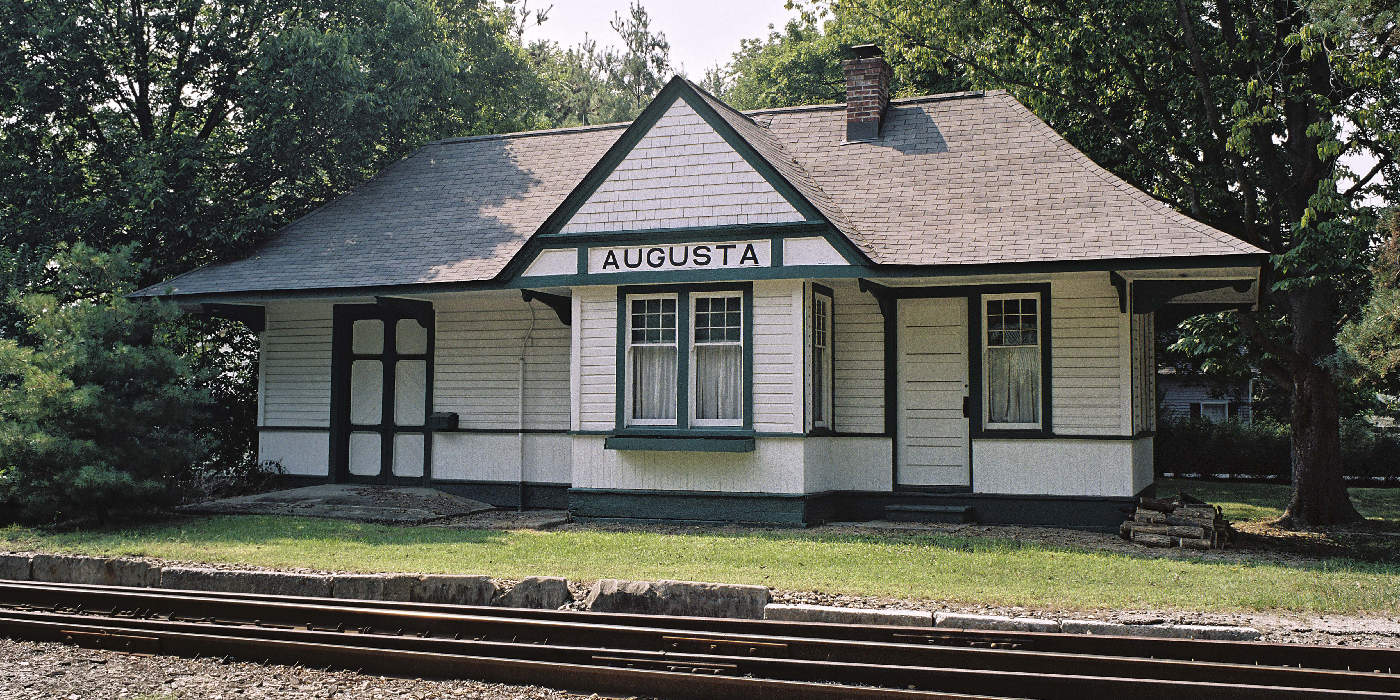 Two For the Price of One

Railroad enthusiasts or anyone looking for a one-of-a-kind peaceful retreat from the urban bustle of Indianapolis should check out a unique real estate listing in New Augusta, a quiet historic enclave nine miles northwest of downtown. The property includes two historic buildings — the c.1895 Augusta train depot and adjacent three-bedroom house — along with ample green space.

New Augusta is one of the last intact nineteenth-century railroad towns in Marion County. The small settlement began to grow in 1852 with the arrival of the railroad, but even at its height the town west of Michigan Road, then a toll road, had only a few hundred residents. 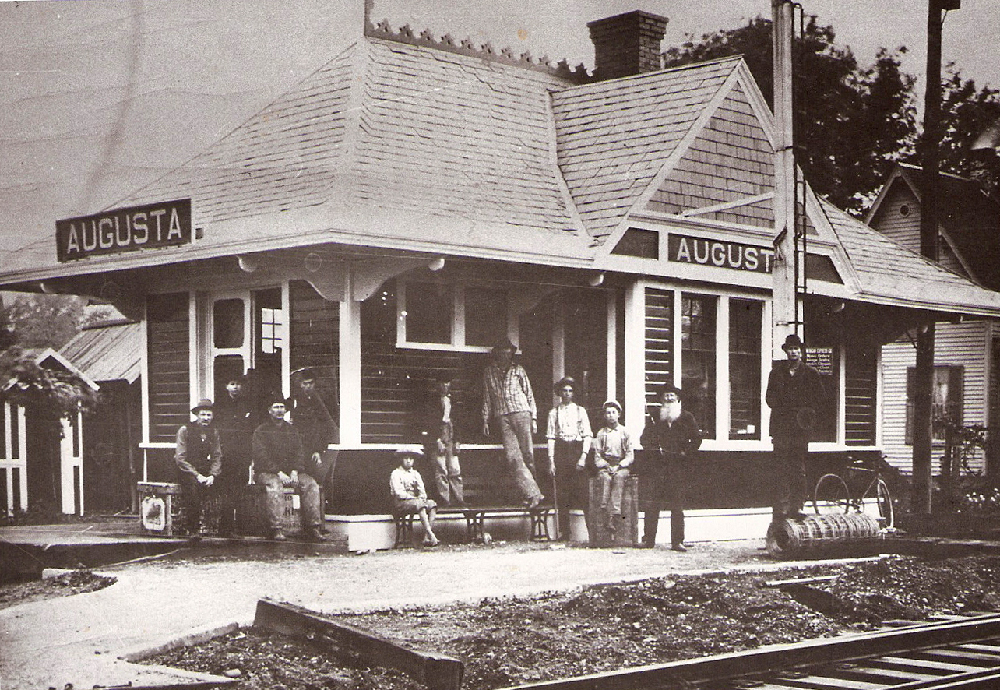 Though surrounded by more recent development, New Augusta looks and feels frozen in time. Thanks to designation as a local conservation district, the well-preserved village includes historic commercial buildings and many modest Victorian cottages.

In 1963, the vacant train station faced an uncertain future. Distraught at the prospect of losing the historic building just south of their home, sisters Olive, Emma, and Mary Purdy bought the depot and turned it into a private museum. Teachers by profession, the Purdy siblings recognized the train stop was responsible for New Augusta’s original growth and wanted to celebrate its history. By rescuing the depot, the sisters became some of the first preservationists in Marion County.

Thinking ahead as they aged, the sisters sought Indiana Landmarks’ help to list New Augusta in the National Register of Historic Places. The historic district designation came through in 1989, followed by local conservation district status conferred by the Indianapolis Historic Preservation Commission in 1999.

Jim Killen, a nephew of the Purdy sisters, inherited the property from his aunts in the 1990s and has maintained it faithfully since then. The next owner will have a chance carry on the tradition and honor the Purdy family’s legacy. 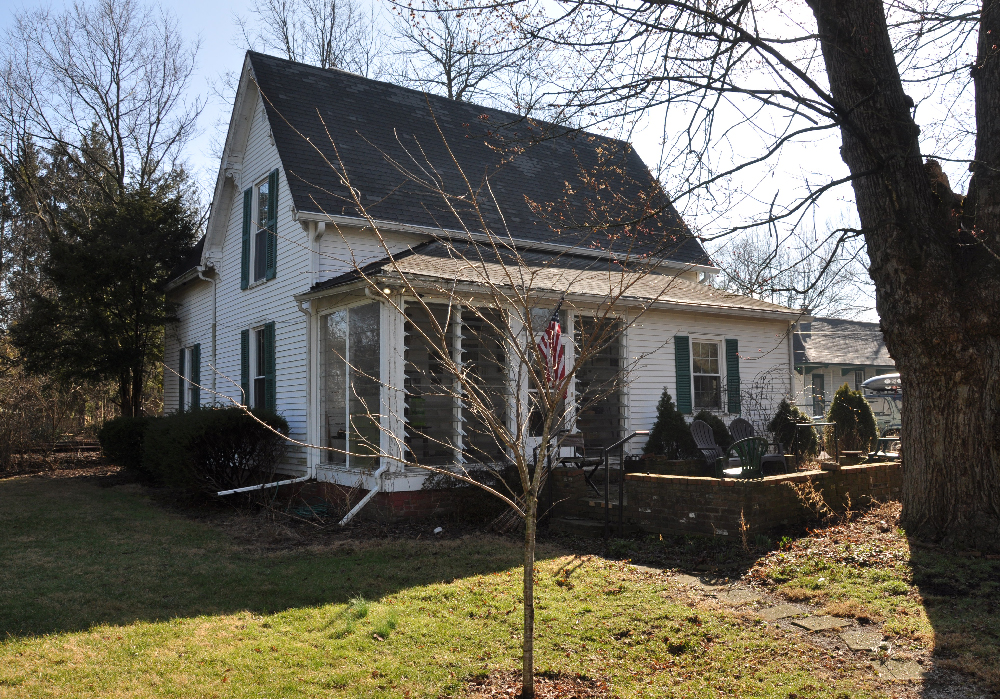 In addition to the historic depot, the sale property includes the home formerly occupied by the Purdy family.

Listed at $189,000, the property encompasses five parcels from the community’s original plat map. The one-and-one-half story house retains much of its original character. Distinguished by a wide bell-cast roof, the depot houses a series of intriguing spaces ripe for reuse — including the original waiting room and ticket office.

The property will be sold with protective covenants held by Indiana Landmarks. Check out the listing, or contact Mark Dollase, Indiana Landmarks’ Vice President of Preservation Services, to schedule a showing: mdollase@indianalandmarks.org or 317-639-4534.