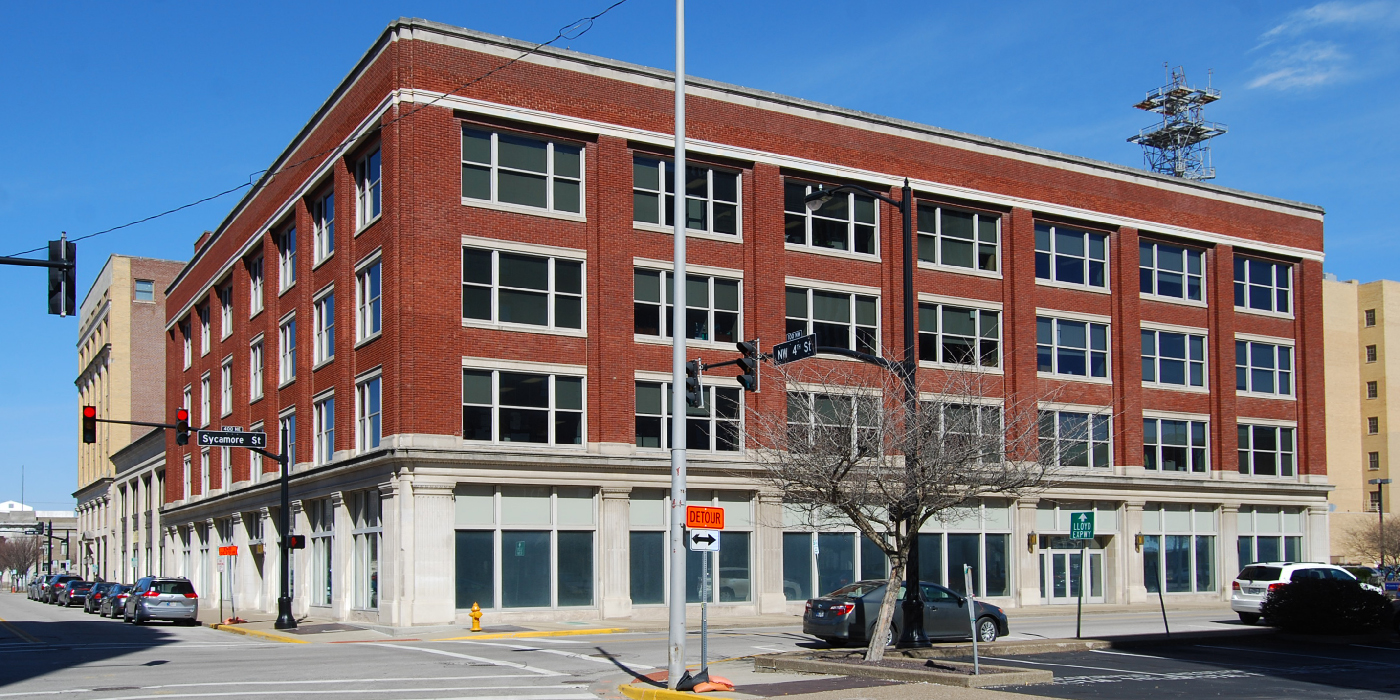 Sears opened its first retail store in Evansville in 1925 in a building on Fourth Street owned by Col. William H. McCurdy, a friend of Richard Sears and Alvah Roebuck. Sears closed the downtown store in 1975.
POSTED ON March 20, 2018 BY Indiana Landmarks | News 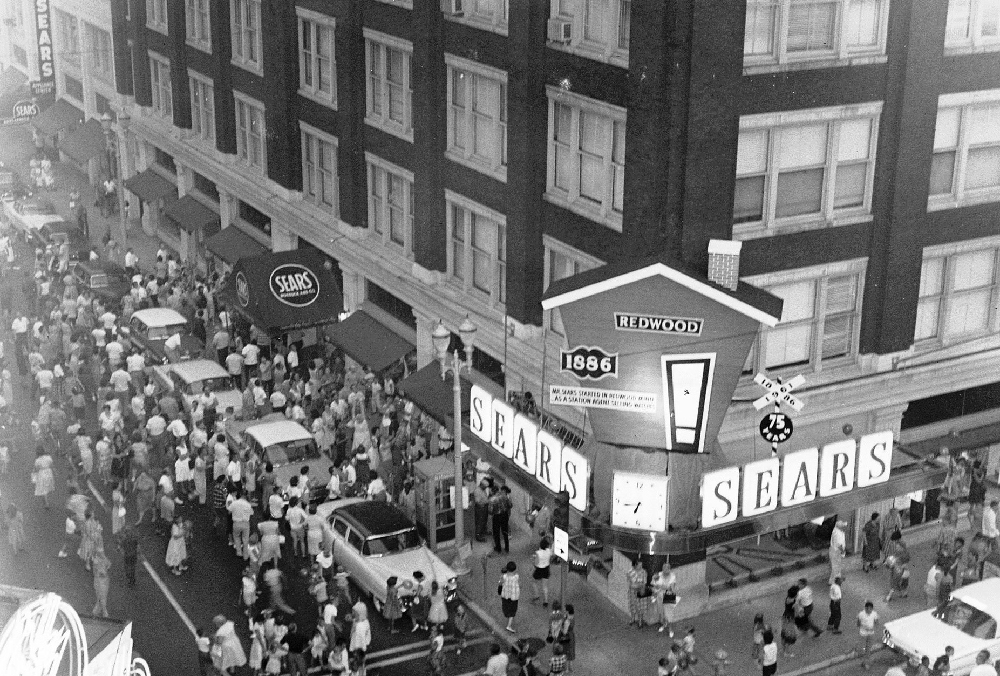 In 1961 a sign at the downtown Evansville Sears store celebrated the 75th anniversary of the company’s founding. (Photo: Willard Library Archives)

It was the right time for Sears to launch its retail business, as population in the United States increasingly shifted from farms to cities. Labor-saving mechanical technology on the farms meant more people moving to cities in search of jobs at new factories, which produced a variety of new consumer products including radios, electric appliances, power tools, and man-made wash-and-wear fabrics.

Sears made history in Evansville again in 1963 when the retailer became the anchor store for the new Washington Square Mall — the first indoor shopping center in Indiana. Sears briefly operated a third location on First Avenue. 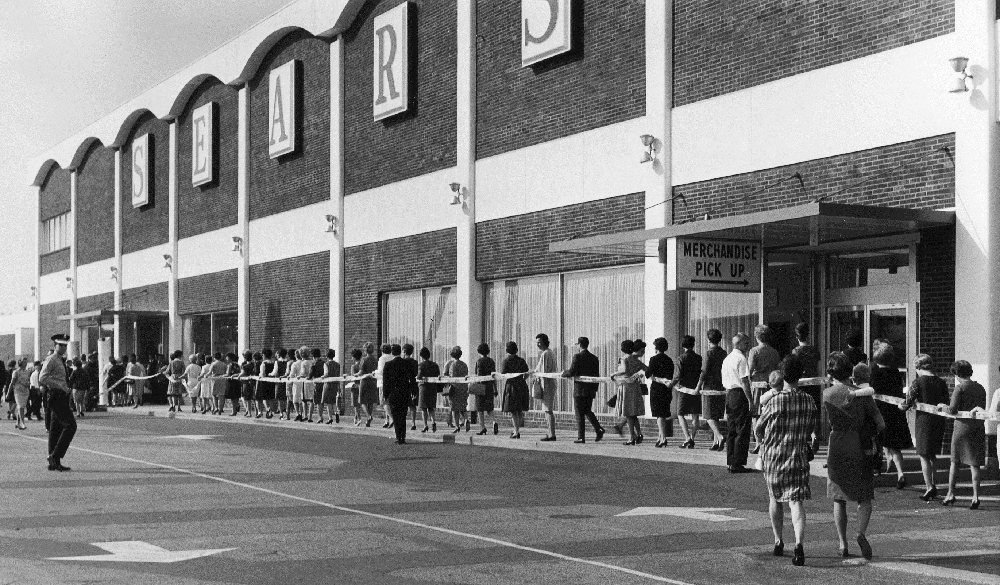 The city’s original Sears store at the corner of Fourth and Sycamore closed in 1975, as the retailer shifted its focus to the mall location. Still known as the McCurdy-Sears Building, the structure was listed in the National Register of Historic Places in 1979 and houses administrative offices for Old National Bank.

The store at Washington Square is part of latest round of closings by Sears, which continues to struggle in competition with online retailers.

Although Sears will no longer have a store in Evansville, the city will always have a significant place in the company’s history. See more historic photos of the Evansville stores online at www.willard.lib.in.us.