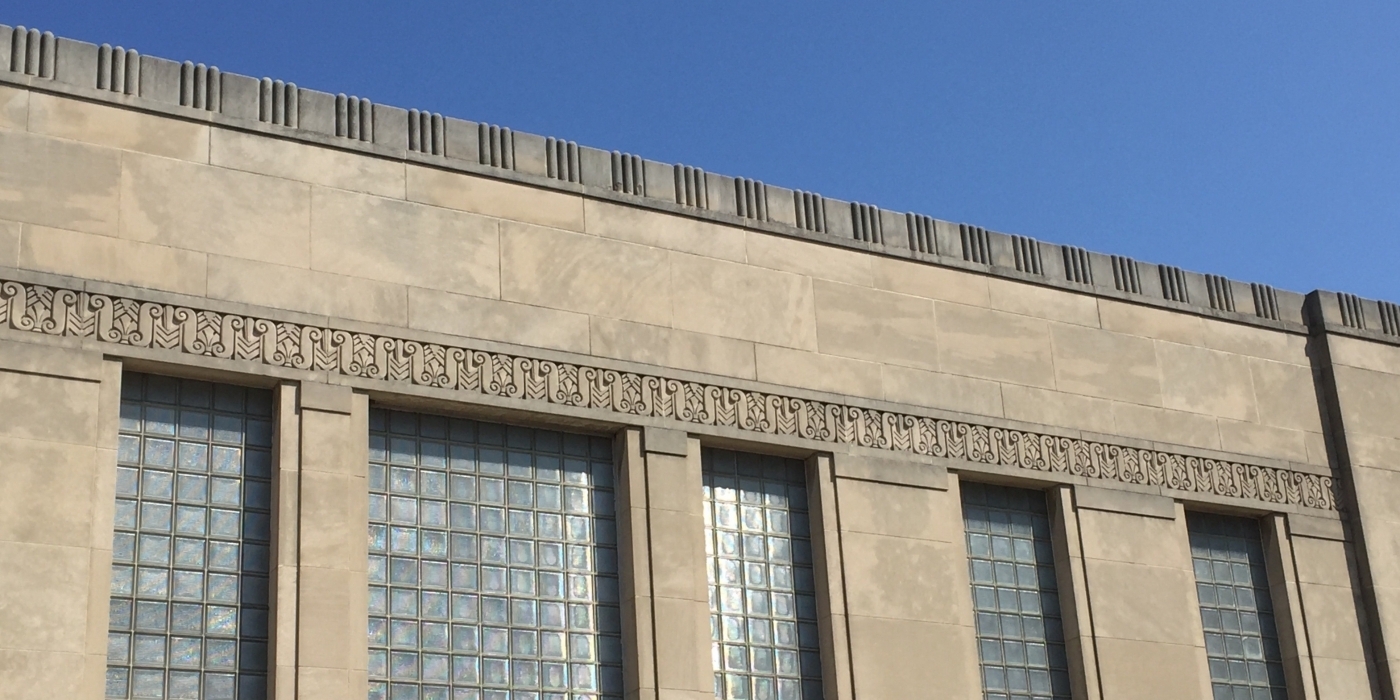 New Life for a Vacant Landmark

Midtown All Day, a new restaurant slated to go in the former bank building at 215 E. 38th Street in Indianapolis, won’t open for a few more months, but business partners Bill Oesterle and Ed Sherman are already finding ways to bring new life to the historic property. Built in 1947 as Indiana National Bank and later used by Chase bank, the art deco structure designed by D.A. Bohlen & Son has been empty for years. 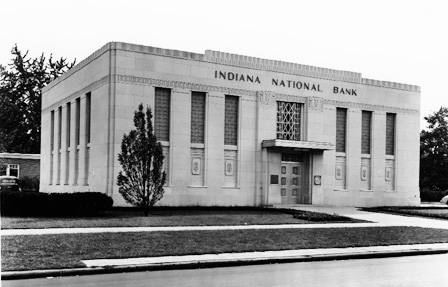 Oesterle and Sherman took ownership in 2017 and this year launched a monthly Saturday morning event called “Cars & Gravy” in the building’s parking lot. Part breakfast, part impromptu car show, and part open house, “Cars & Gravy” gives neighbors a chance to glimpse the progress of restoration inside the former bank, dubbed the National as a nod to its former life. Outside, attendees socialize over collector cars and grab breakfast (biscuits and gravy, of course) provided for sale by Old Major, a market in nearby Meridian-Kessler. Each “Cars & Gravy” event seems to draw more people and cars than the last. 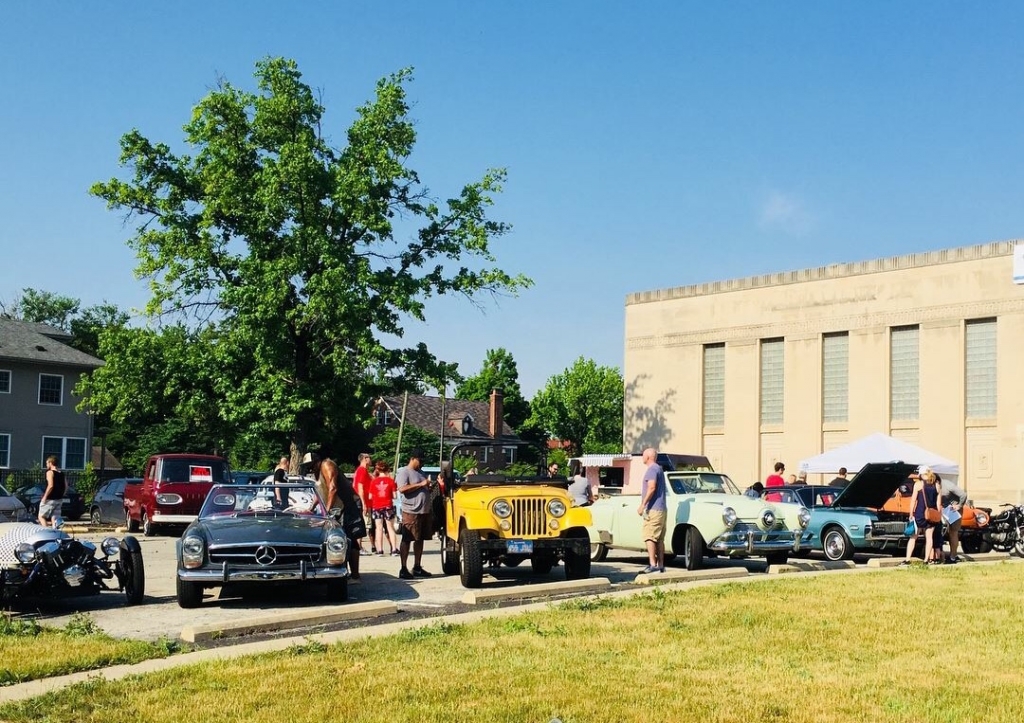 “Cars & Gravy” invites attendees to bring a vintage vehicle to show off to the crowd.

Event organizer Amy Bosworth says Oesterle and Sherman both own vintage cars, but to them the event is just as much about bringing the neighborhood together as it is about car enthusiasm. Oesterle, who lives nearby, values the neighborhood’s history and is banking on its future. “38th Street has been a center of Indy car culture for nearly 100 years. This is where Indianapolis learned to ‘buzz the Teepee’ and where most families bought and sold their cars. It is only natural that it be a gathering spot for vintage cars and vintage stories.” 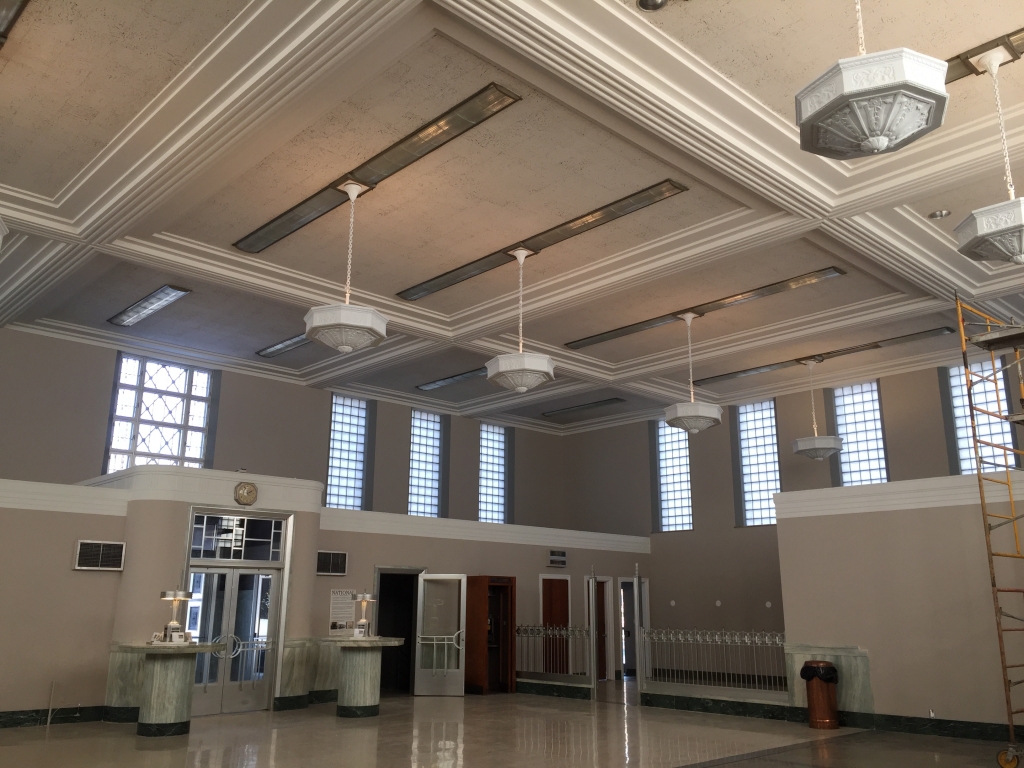 A glimpse inside the National, 215 E. 38th Street, Indianapolis. In addition to its high style, the former bank lays claim to having had the first “television banking unit” in Indiana. Installed in 1961 the unit allowed customers to drive up and bank using pneumatic tubes while speaking with the teller via a closed circuit television.