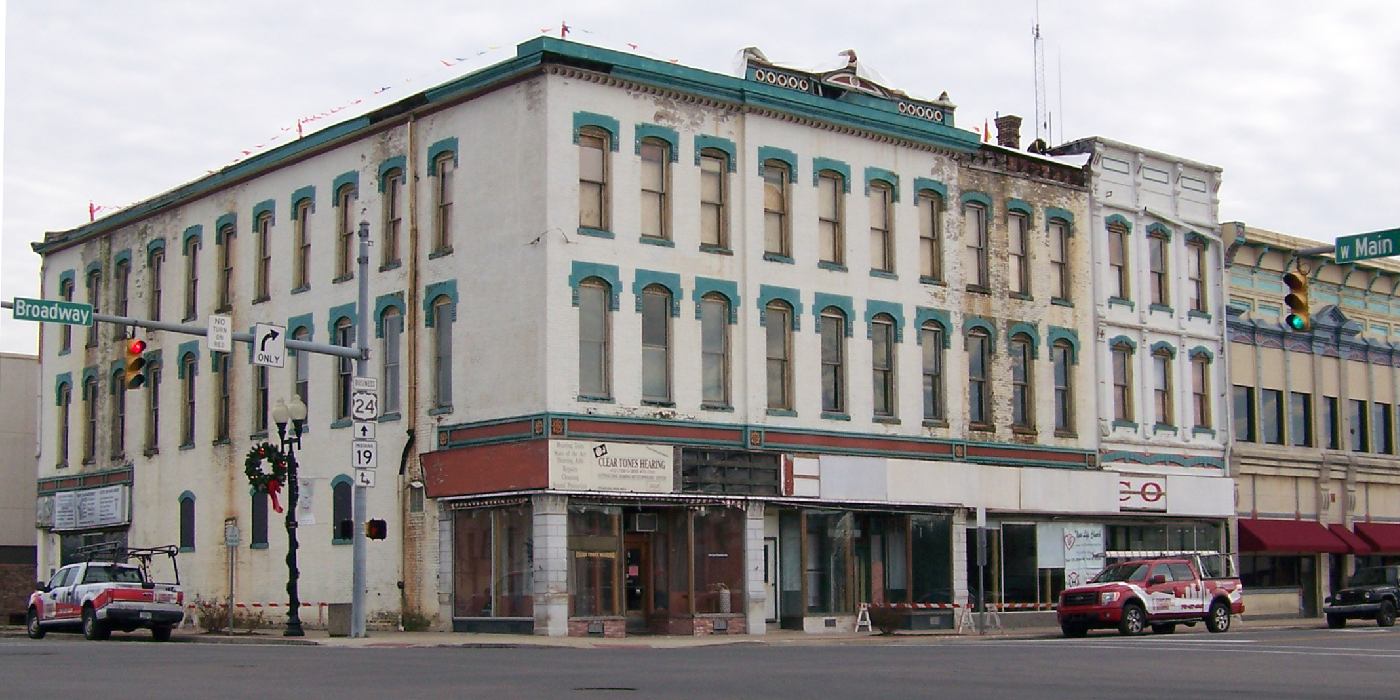 A Cry for Help

In preservation, we learn that buildings can speak to us. Gabriel Greer — Peru mayor and old building whisperer – heard a cry for help from the historic Faulk Building. Once one of the area’s most important retail establishments, the 1897 commercial building sits vacant and dilapidated, windows boarded, paint peeling, its ornate cornice scarred with gaping holes. It wasn’t always like this.

In the late nineteenth century, downtown Peru bustled as Miami County’s center of commerce. A number of national circus companies wintered in the city, adding an exotic character to the community and bringing customers to downtown merchants. At the corner of Broadway and Main on the courthouse square, a handsome three-story building housed a men’s fine-clothing store founded by Julius Falk. The Faulk Building boasted the Italianate features that were the height of fashion in a cast-iron storefront with large display windows, tall arched windows with decorative hoods on upper stories, and an ornamental cornice capped by a decorative parapet.

Faulk expanded his successful business into multiple storefronts until the Great Depression took its toll. In 1939, discount retailer Morris 5 & 10 took over the space. G. C. Murphy Co. department store bought the landmark twenty years later and operated there until the 1970s.

Located in the National Register-listed downtown district, the neglected Faulk Building had a detrimental effect on the city’s revitalization momentums. With the building in foreclosure and in dire need of repair, Mayor Greer persuaded the City Council to take ownership. Knowing that demolition would be costly, he instead suggested investing in stabilizing the historic structure.

To help develop a new vision for the property, the mayor invited J.P. Hall, assistant professor of preservation at Ball State, and his architecture students to conduct a reuse study. The students presented city officials with a comprehensive plan outlining a variety of rehab options and funding opportunities. Mayor Greer is already in talks with several preservation-minded developers who share his passion for reviving the neglected landmark.