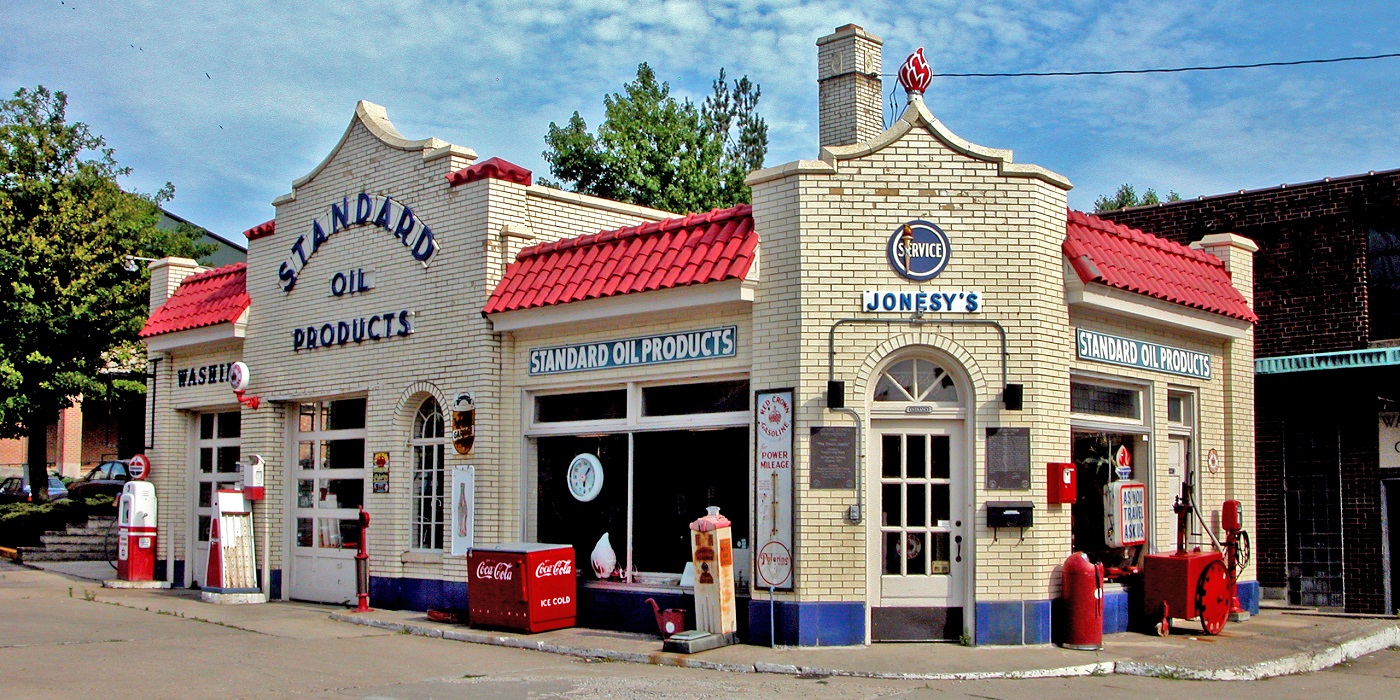 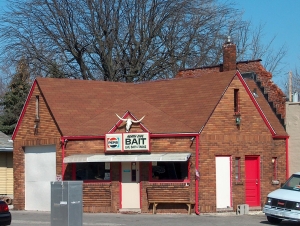 As early as 1913, architect-designed stations began dotting the landscape. Influenced by the turn-of-the-century City Beautiful movement, oil companies adopted historic architectural styles to make stations resemble classical temples, colonial houses, and more exotic building types. For example, at Fort Wayne’s “Five Points” intersection on the historic Lincoln Highway (which once featured a gas station on every corner), you can still find a 1920s Colonial Revival-style station and a c. 1927 Tudor-Revival-style station—the former reused as a fishing bait shop and the latter as a real estate office. 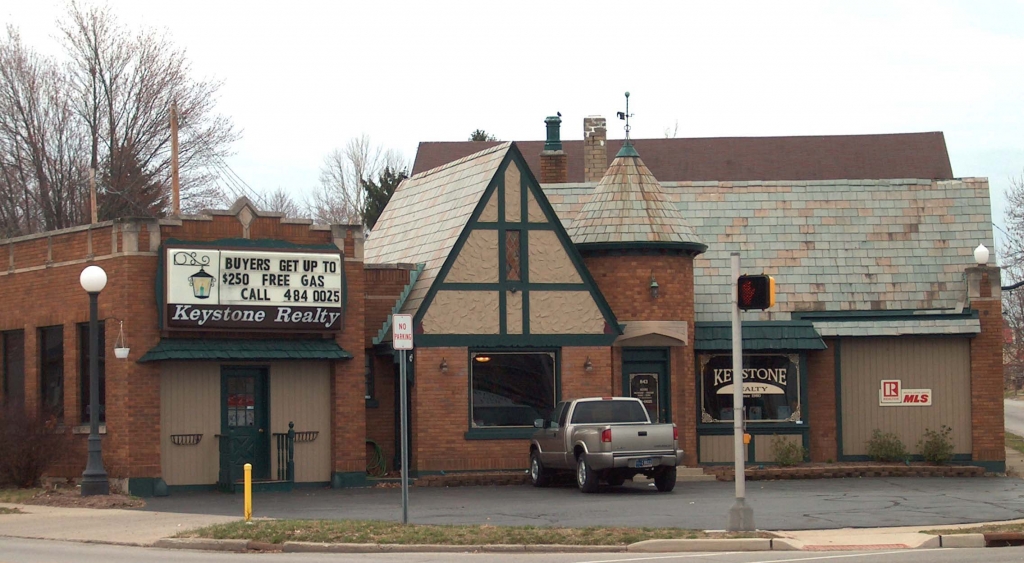 Oil companies selected revival styles as extensions of their brands. Pure Oil Company favored an English Cottage design, with a steep gabled roof of blue tile, a chimney and bay windows. The style enhanced the idea of the gas station as a neighborhood fixture and helped the buildings meet community zoning standards. In 1999, the Indiana National Road Association (INRA) rescued a 1931 cottage-style station slated for demolition in Terre Haute. Donors funded the station’s move to Rose-Hulman Institute of Technology’s soccer and baseball fields and the college restored the landmark as a concession stand. 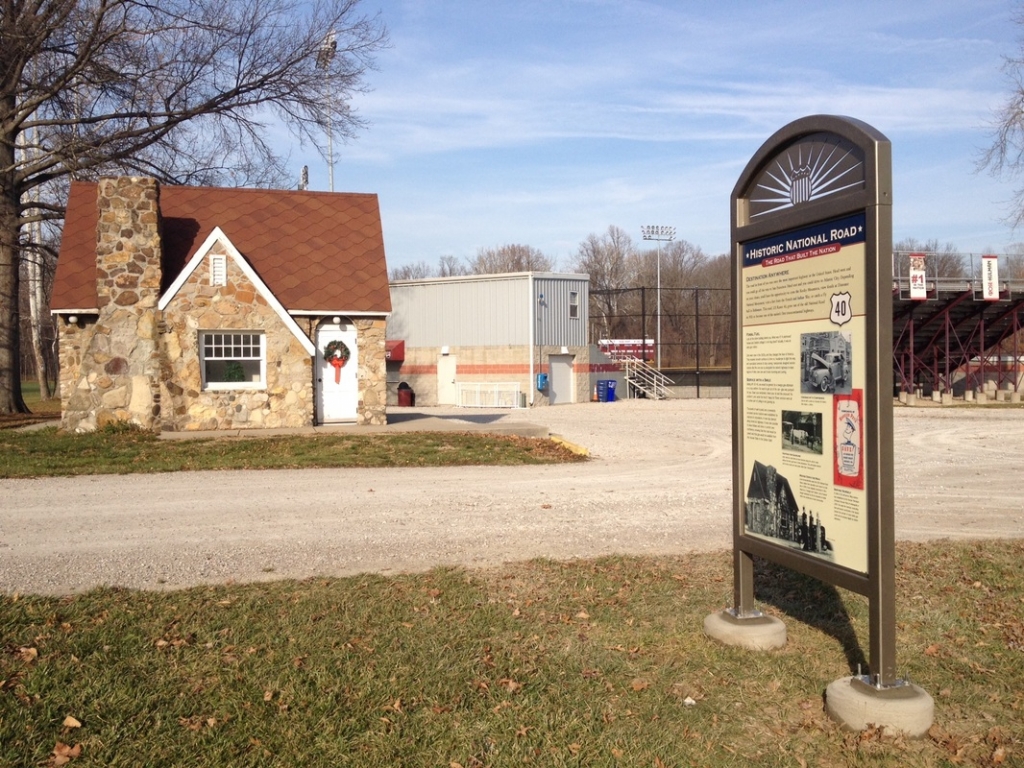 The site of this 1931 cottage-style station, now a concession on stand on the Rose-Hulman campus, includes an interpretative history panel provided the Indiana National Road Association. 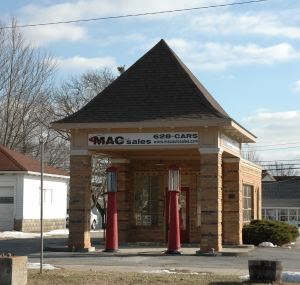 In the ’30s, oil companies designed stations to contrast with the landscape, creating oblong boxes with minimal architectural details that also satisfied a need for economy during the Great Depression. The design reflected the philosophy of the ascendant International Style, which emphasized simple, unadorned forms. In fact, the Museum of Modern Art in New York included a Standard Oil station in a 1932 exhibit that introduced the International Style to America.

Other gas stations of the Depression era borrowed from the Art Moderne style, featuring streamlined designs with curved walls and windows such as the 1930s station in Madison that houses The Red Pepper deli and café. 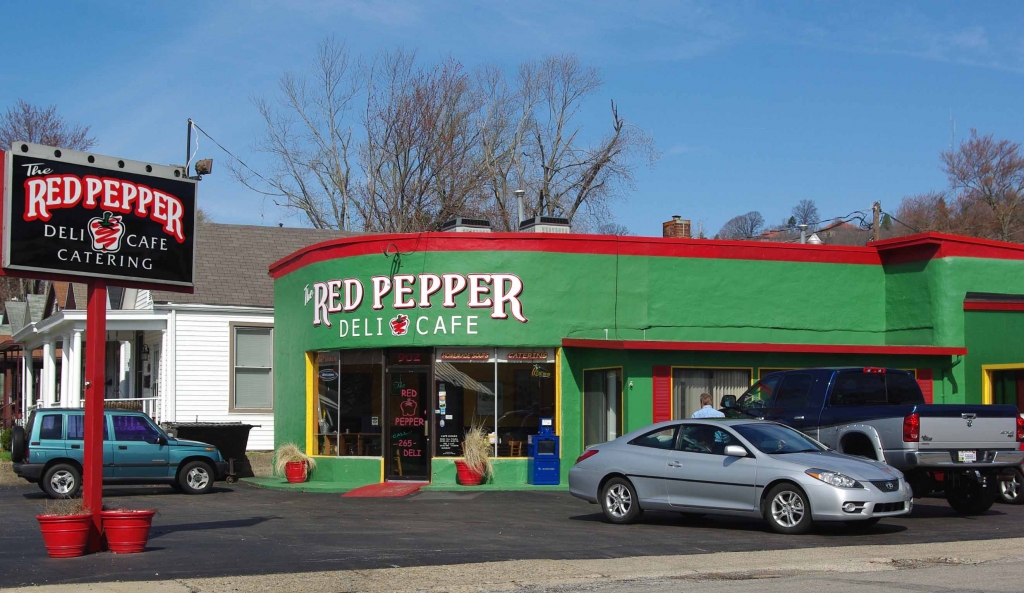 The functional station continued in popularity into the late ’30s and ’40s, with companies adopting facades of porcelain enamel panels. The panels, initially touted as modern and eye-catching, later lost favor, criticized as giving buildings the look of home appliances. Oil companies reacted by covering the panels with paint or siding materials, but intact examples remain, such as the Sells Oil station in Silver Lake, now operating as the Back Porch Bait shop. 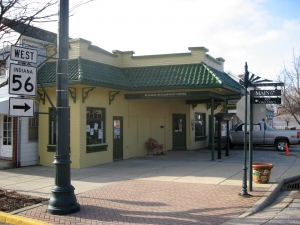 Historic gas stations lost their functions in great numbers as oil companies updated their brands and built more standardized models along the nation’s growing interstates and highways. But the compact nature and distinctive design of historic stations made them attractive for reuse. In Indiana, many former gas stations were converted to offices—a 1934 Main Street gas station in Knightstown houses a phone service firm, a c. 1931 former Hoosier Pete station in downtown Rising Sun headquarters the town’s Main Street group. A restored 1928 Standard Oil station in downtown Lafayette served in recent years as the Red Crown Mini-Museum, a “walk-by” museum of auto and gas station memorabilia. 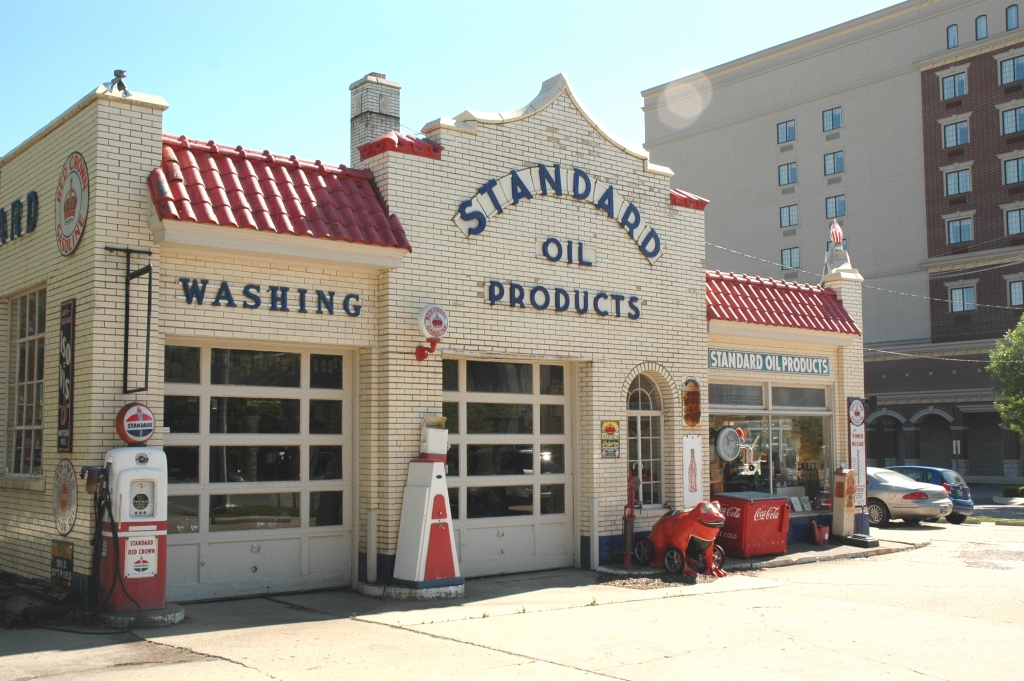 The former Jonesy’s Standard Oil station in Lafayette was most recently used to house The Red Crown Mini-Museum.

Thought not a museum, the 1931 Cammack Station (historically known as Pete’s Grocery) outside of Muncie may be the most dedicated to displaying roadside history. The eye-catching diner, opened by Dick Howe in 2007, features an impressive collection of automotive memorabilia and historic photos for customers to peruse while downing an old-fashioned burger or shake, in addition to hosting regular open car shows on site. 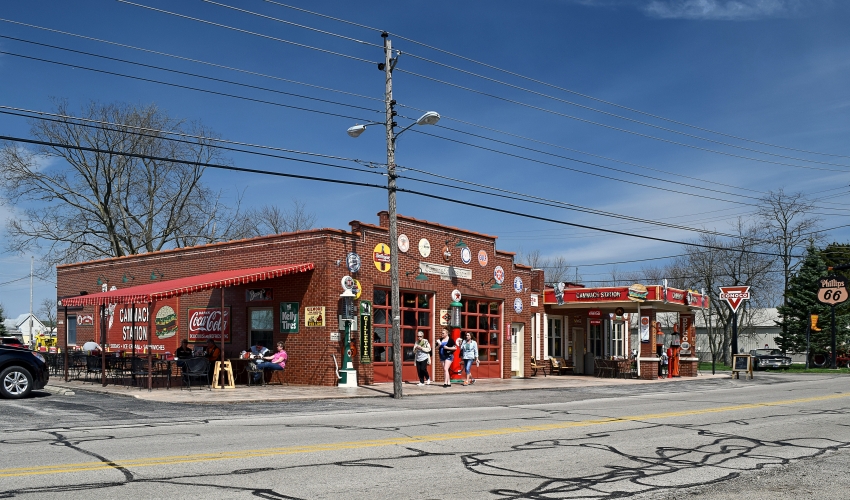 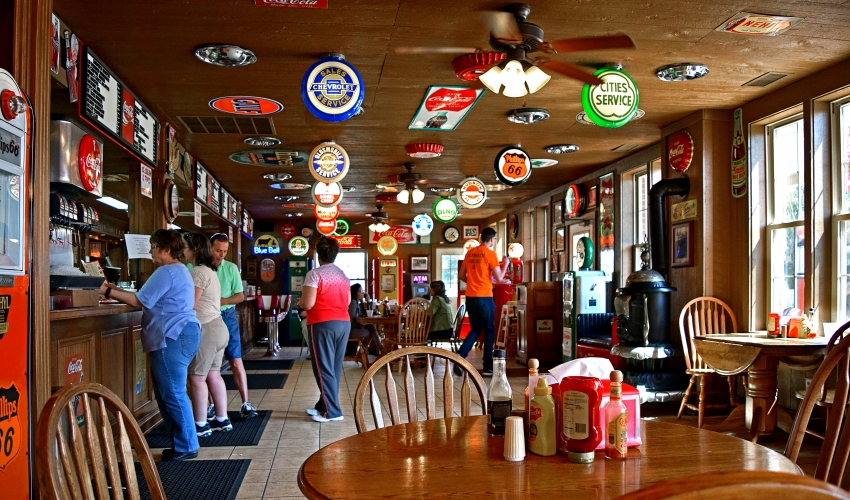 A version of this article first appeared in the May/June 2009 issue of Indiana Preservation.