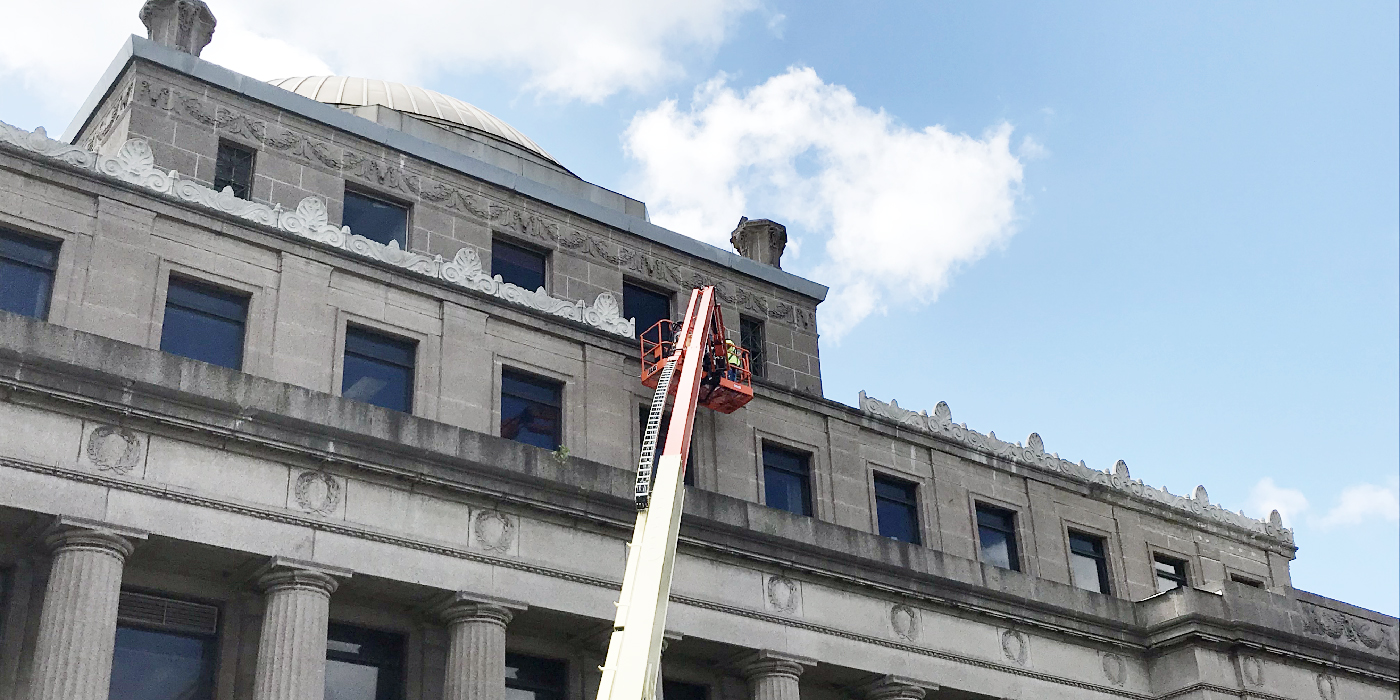 It's Good to Be Green

We often say that the greenest building is the one already built. Preserving and maintaining structures is far less wasteful than sending them—and the resources and energy they embody—to a landfill. The City of Gary doubled down on that notion recently, investing in forward-thinking repairs at its historic City Hall while preserving the landmark’s architectural character.

Completed in 1927, the building replaced an earlier City Hall farther south on Broadway. Chicago architect George W. Maher drafted a Prairie-style design for new building, but his son Phillip B. Maher completed the existing Neoclassical design after his father ended a prolonged battle with poor health and depression by suicide. With its grand Doric colonnade and dome, the resulting four-story building commanded a presence as the seat of local government. 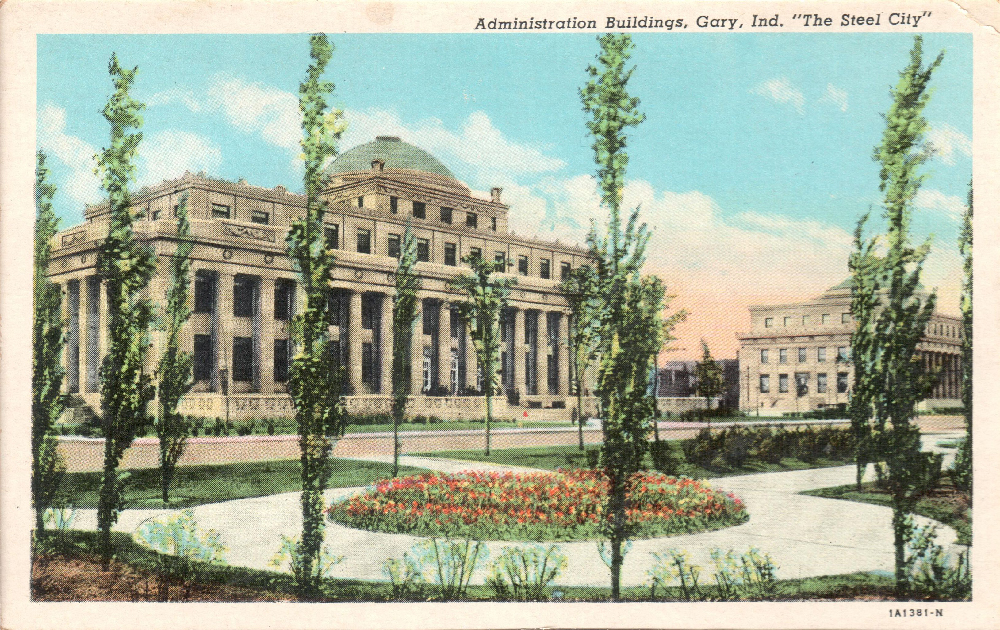 The new City Hall was part of the larger 1924 Gateway Improvement Plan, which called for a grand entrance into the city from Union Station, including the Lake County Superior Courthouse opposite City Hall and Gateway Park.

Earlier this year, when several leaks in the roof prompted the need for a replacement, city officials decided to think outside the box, funding installation of a green roof – a new rubber membrane covered entirely with trays of vegetation. Along with reducing runoff and increasing the longevity of the roofing membrane, the green roof will help mitigate the effects of an urban heat island.

Installing the rubber membrane necessitated an assessment of the original concrete parapet wall lining the perimeter of the third story. Consultants from Griffith-based RestoreWorks, a masonry restoration firm, concluded that years of exposure to the elements meant the parapet couldn’t be salvaged. Rather than simply removing the pieces and leaving a flat edge – a move that would detract from the landmark’s historic appearance – city officials opted to refabricate the building’ ornamental parapet. 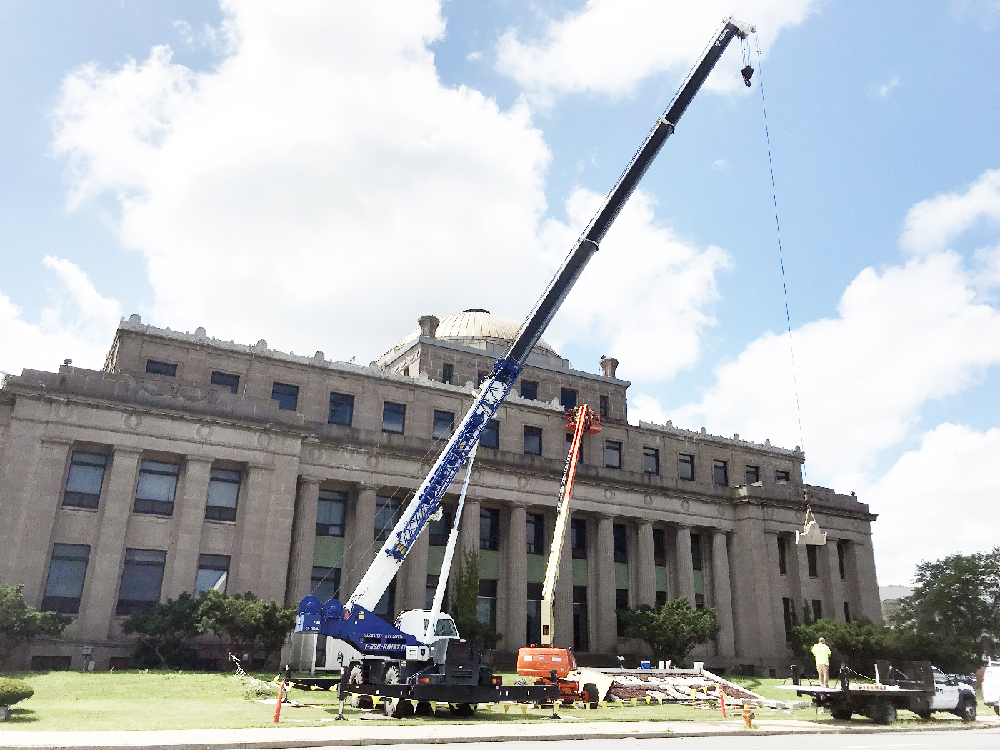 Workers from RestoreWorks created molds from the most intact pieces of the wall and analyzed its composition to recreate the proper aggregate mix. With the proper shape, size, material, and texture finalized, they turned their attention to the challenge of color.

Darkened by years of pollution, the building’s entire cast concrete exterior needs extensive cleaning, causing a conundrum because if RestoreWorks replicated new parapet pieces to match the original building’s 1927 color, they would be brighter and stand out along the roofline. However, with future plans to clean the entire structure, city officials opted to have the new pieces recast to match the original surface color. With a new parapet and freshly scrubbed exterior, City Hall will recapture its original stateliness – but this time under a modern green roof. 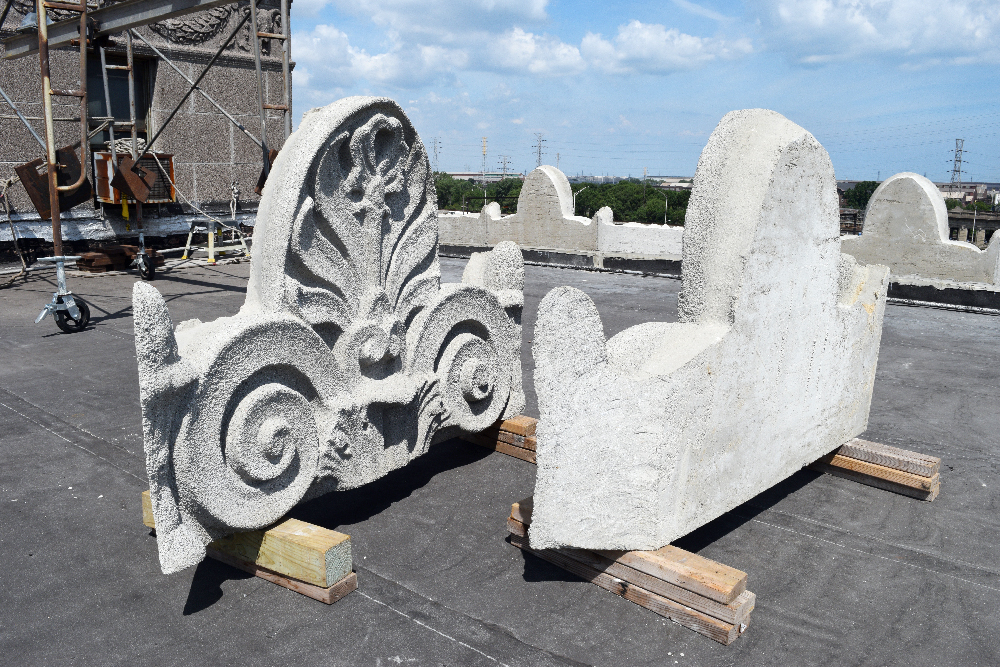