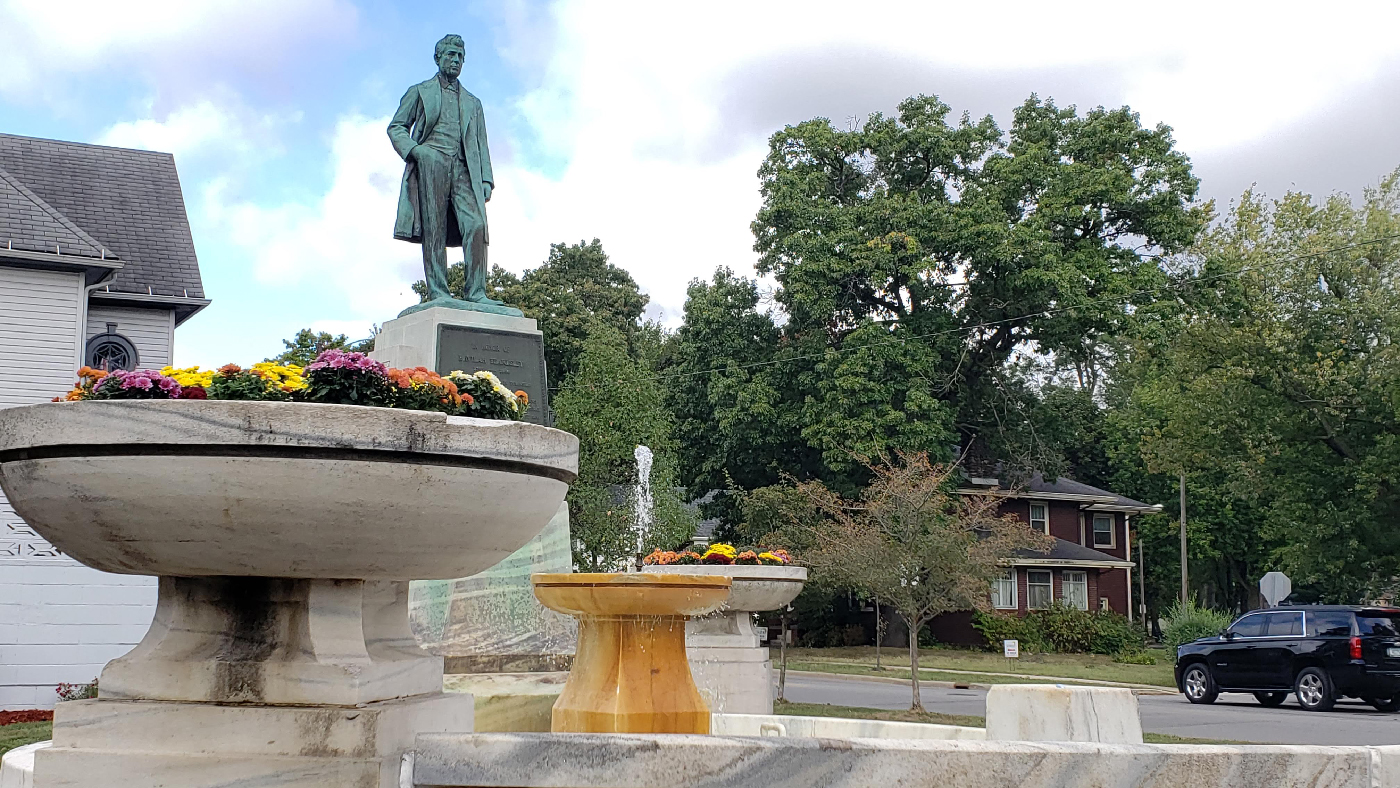 In a car vs. fountain matchup, the car usually wins. That’s exactly what happened in Elkhart in 2017, when a police chase ended with a car crashing into a landmark named for the city’s founder. However, a recently completed two-year restoration left fountain victorious and brought welcome attention to one of Elkhart’s overlooked cultural and landscaping artifacts.

The Beardsley Fountain occupies a small triangular park just a couple of blocks from the home of Dr. Havilah Beardsley, in the Beardsley Avenue National Register District. Constructed in 1913, the monument includes a memorial statue of Beardsley along with a fountain, reflecting pool, urns, and marble bench.

The crash heavily damaged the fountain and bench, and with no insurance coverage for restoration, the landmark’s fate looked uncertain. Though some city officials favored relocating the fountain to a new location south of the St. Joseph River, the Elkhart Historic and Cultural Preservation Commission, led by city staffer Eric Trotter, spearheaded efforts to see the landmark restored in situ.

Supported by funds from corporate and local donors, the commission worked with McKay Lodge — an art conservation company from Ohio — on the repairs, sourcing marble from the same quarry that supplied the original construction. The restored fountain includes new lighting, new benches, and, perhaps most important, new traffic barriers for protection. City officials, neighborhood residents, and well-wishers celebrated the completed restoration at a public rededication ceremony earlier this month. 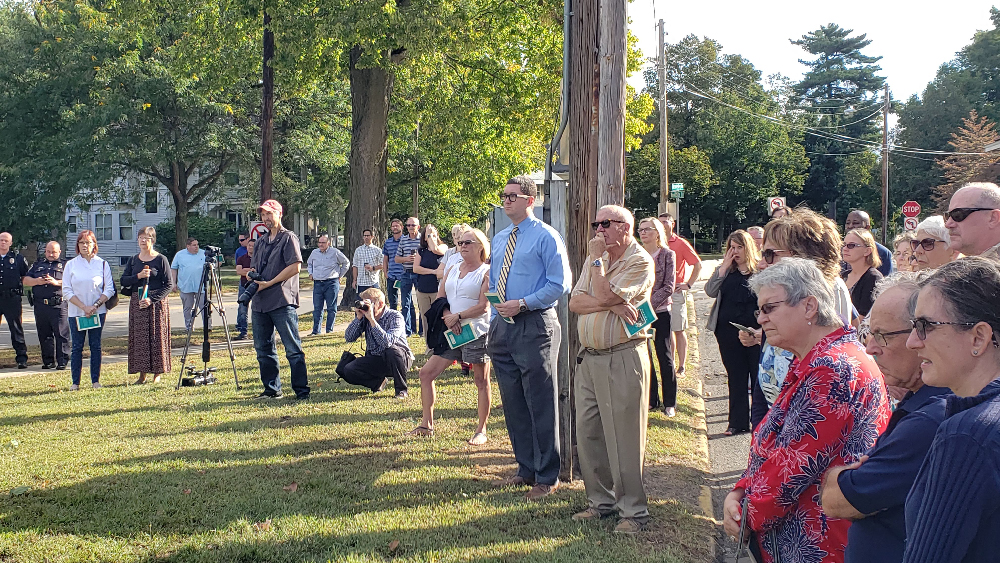 The Beardsley family is inextricably linked with Elkhart’s development. In addition to founding the city, Dr. Beardsley served as the community’s first doctor. His 1848 home – the first brick house in Elkhart – survives as the city’s oldest dwelling. Today, it serves as a museum along with Ruthmere, the Beaux Arts home of Dr. Beardsley’s nephew Albert. Learn more about the Beardsley family and its legacy in Elkhart at www.ruthmere.org.