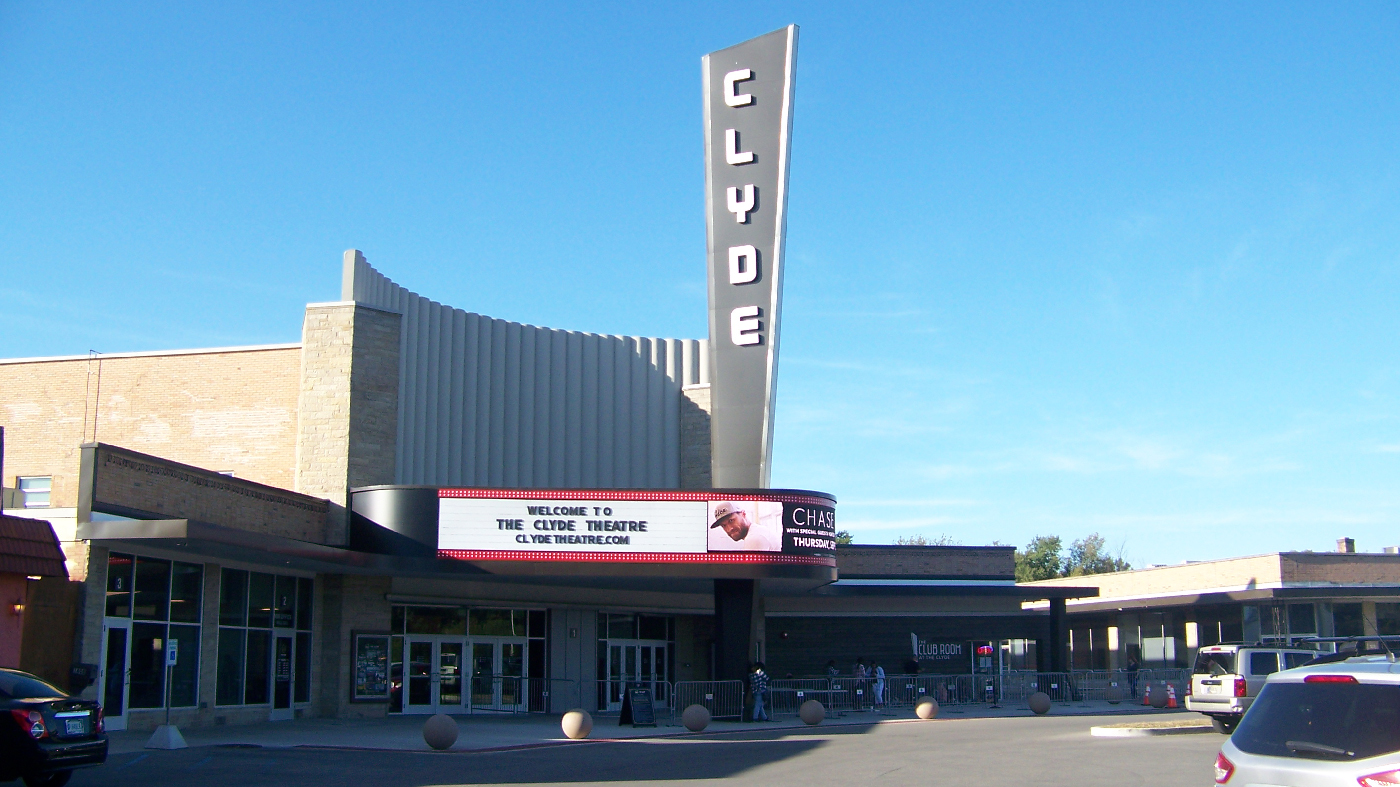 For fans of Mid-Century Modern design, it doesn’t get much better than the 1951 Clyde Theatre in Fort Wayne. Designed by Fort Wayne architect Alvin M. Strauss, the Clyde’s low-slung exterior displayed classic features of the era—a curving buff-colored brick façade and streamlined marquee topped with an oversized ribbed panel, and above it all a huge wedge-shaped blade heralding the name “CLYDE” in bright neon. Inside, the circular lobby echoed the theater’s thoroughly modern character, with a glass block concession stand and colorful murals throughout.

Clyde Quimby commissioned the theater in 1949 as part of his Quimby Village shopping center on Fort Wayne’s south side. For decades the movie theater thrived, but as time wore on the place lost its luster. By the 1980s, as newer suburban theaters and emerging VCR technology siphoned patrons away, the Clyde languished. A name-change and brief use as a house of worship only delayed the inevitable, and in 1994 the theater closed for good.

That is, until local investors saw potential in the vacant landmark.

In May 2018, the city celebrated the reopening of the theater as a regional entertainment venue and event center. Chuck and Lisa Surack of Sweetwater Sound spearheaded the $9 million transformation, bolstered by a $1 million grant from the Northeast Indiana Regional Cities Fund and a $40,000 façade grant from the City of Fort Wayne.

Though many of the theater’s original features had been removed, the renovation sought to restore much of the Clyde’s mid-century character. In the lobby, the original glass block concession stand serves drinks and snacks, and outside a reproduction of the theater’s iconic blade towers above the entrance.

Other improvements include upgraded HVAC and electrical systems and safety improvements, along with new state-of-the art sound and lighting equipment in the revamped auditorium. The live music venue also offers an upscale restaurant and bar—The Club Room at The Clyde—next door.