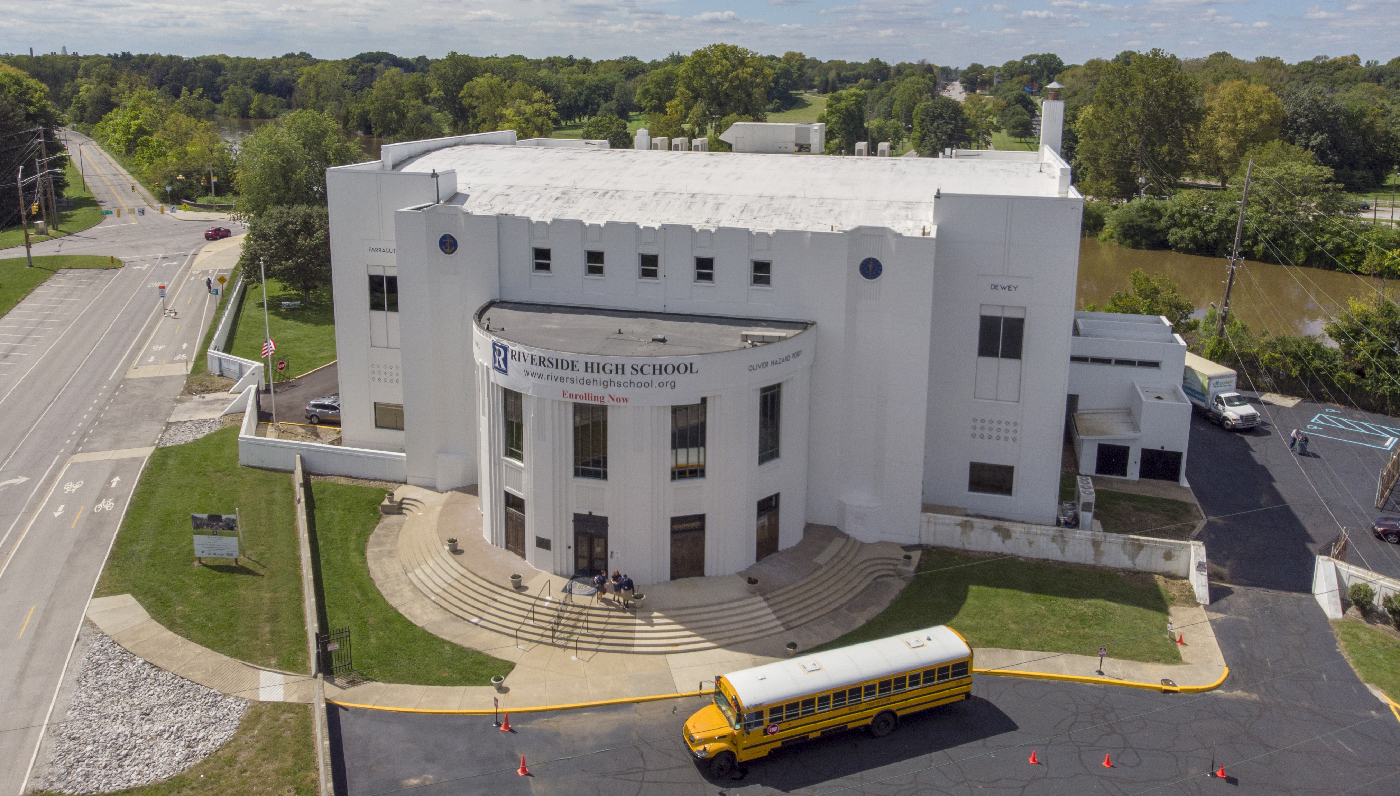 This December, Indiana Landmarks invites members to gather for holiday cheer at five open houses around the state, each one highlighting a recently restored landmark. On Thursday, December 5, our holiday gathering in Indianapolis takes place at Riverside High School, located in the decommissioned Heslar Naval Armory. During the event, students at the school will be giving tours of the historic building and providing holiday music.

Built by the Depression-era Works Progress Administration, the four-story Art Moderne armory opened in 1938 to house Navy and Marine Corps reserve units. In a nod to its intended use, architect Ben H. Bacon incorporated many nautical features into the design, including porthole doors, a captains’ lounge and a naval repair training room that could be filled with water to simulate emergency conditions. The former armory began a new commission as Riverside High School in 2018, following a four-year, $7.5 million restoration.

To adapt the building to its new use, Indianapolis Classical Schools hired RATIO Design and Brandt Construction to convert the structure into a state-of-the-art educational facility while preserving its unique character. The rehabilitation took pains to preserve original features, including beautiful terrazzo floors, rope-laced staircases, windows, and woodwork. Our holiday open house takes place in the officers’ mess hall overlooking the White River—now the school cafeteria—where the room’s nautical features include anchor sconces, ship’s wheel chandeliers and rare globes etched with a map of the world. The former training drill floor, now a gymnasium for students, retains its original naval battle murals by artist Charles Bauerle. 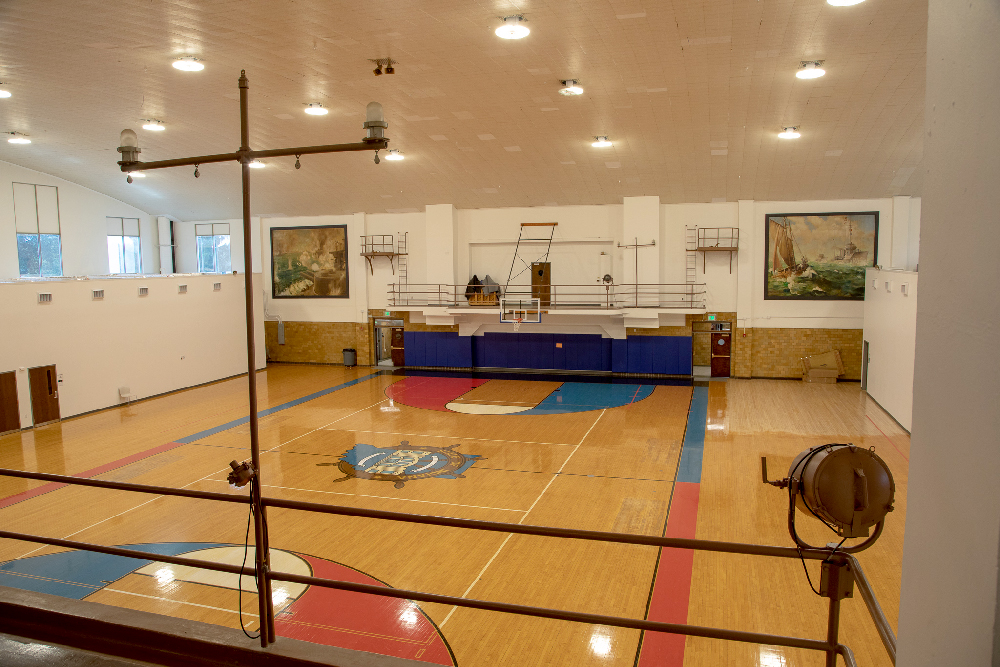 The building is listed in the National Register of Historic Places as part of the 2013 Indianapolis Parks and Boulevard System nomination, a status that allowed the rehab to use Federal Rehabilitation Tax Credits. Additional financing came from New Market Tax Credits, Tax Increment Financing (TIF), and charitable donations.

The Indianapolis Holiday Open House is free to members of Indiana Landmarks with RSVP at indianapolisHOH19.eventbrite.com. Not a member but want to attend the open house? Join online or contact our membership department, 800-450-4534, 317-639-4534, membership@indianalandmarks.org.