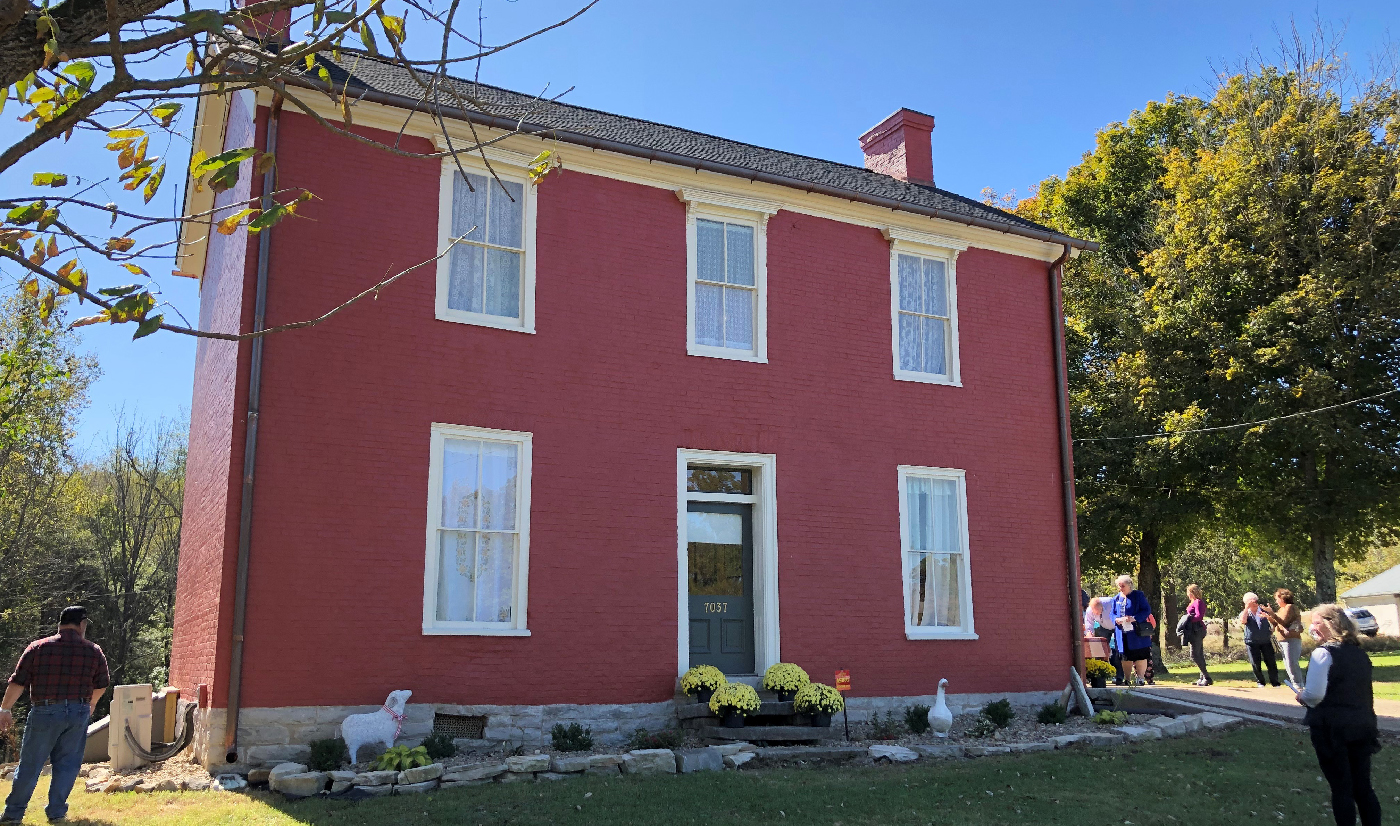 On a sunny Monday afternoon in October, dozens of people gathered at the William Proctor House in Marengo to celebrate a preservation success story 15 years in the making.

Born in Pennsylvania, Proctor arrived in Crawford County in the 1820s to open a mercantile business with his brother-in-law, transporting goods by wagon from New Albany. By 1832, Proctor had become a prosperous businessman, and the home he built for his family proclaimed his status. Constructed from bricks produced on site, the I-house was an elegant departure in a settler community of simple log structures. When Proctor became postmaster for the small community, his home served both as post office and as a stagecoach stop on the route between Leavenworth and Indianapolis.

By 2004, the Proctor House had lost its luster. Blocky frame additions obscured the home’s original features, and poor maintenance and damage by vandals left the structure seriously dilapidated.

When the town of Marengo acquired the house as part of a larger land purchase for industrial development, officials deeded the house and surrounding acreage to the Crawford County Historical and Genealogical Society for use as a museum and learning center. “In spite of its condition, the house is an important landmark to the community, and members of the historical society welcomed the opportunity to rehabilitate it,” says Greg Sekula, director of Indiana Landmarks Southern Regional Office.

A small grant from Indiana Landmarks helped fund a study of the house by architect Ron Stiller, which laid out a strategy for its rehabilitation. The society nominated the landmark to the National Register of Historic Places, a move that opened the door for potential funding opportunities. In 2013, the Proctor House became the first structure in Crawford County listed in the National Register.

Relying on income from fundraisers and grants, the group made slow but steady progress on the rehab, removing modern additions and repairing historic wooden windows and doors. Things took a dramatic turn in 2017, when the Indiana Office of Community and Rural Affairs awarded a $324,000 Community Development Block Grant to the project, allowing exterior rehab to be completed, along with structural repairs, electrical upgrades, and some interior work.

In a partnership with the local school corporation, the Proctor House now serves as an educational facility where Crawford County students learn about local history and life in the nineteenth century.

For more information, including additional history and photos of the house through the years, visit www.cchgs.org.