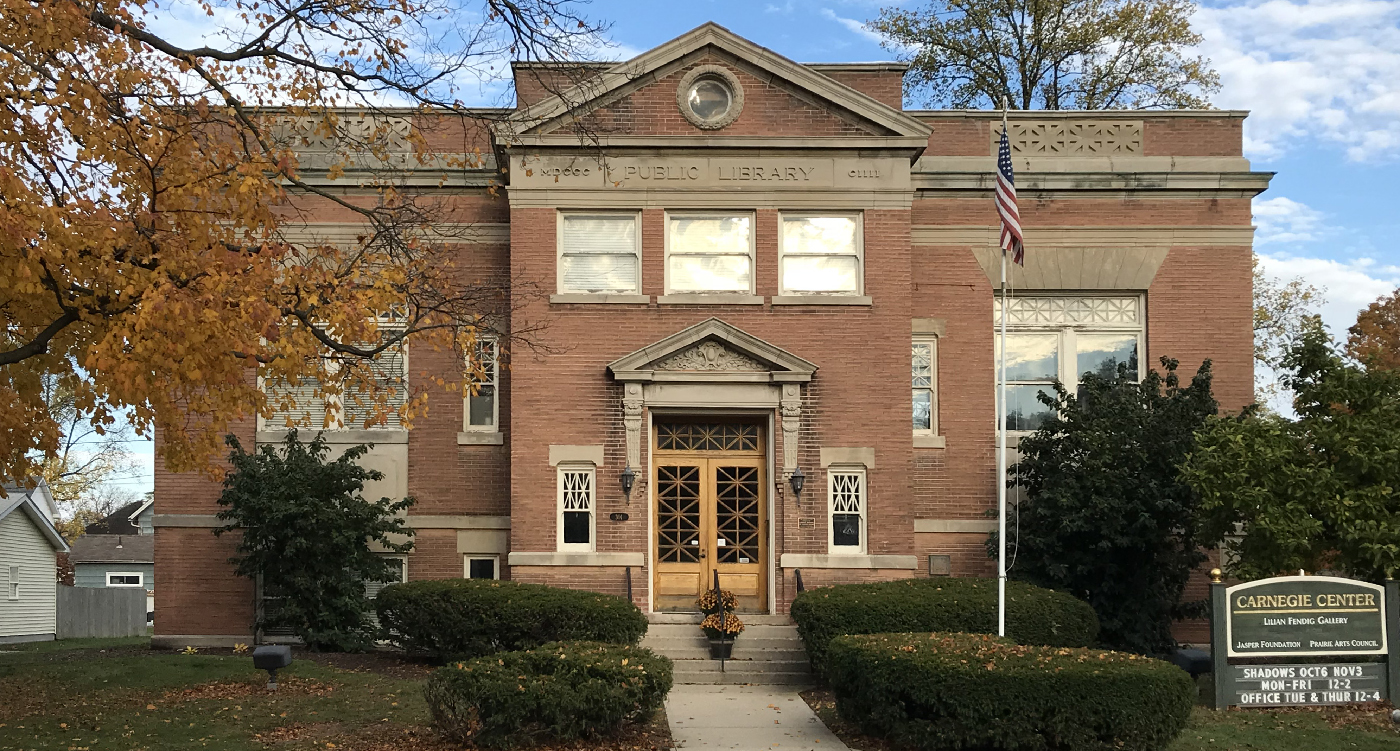 At one time, the large double-hung windows at Rensselaer’s Carnegie Library provided bright light for library patrons browsing stacks or reading their favorite works. Today, with the help of several preservation grants, the Jasper Newton Foundation is restoring those same windows to illuminate rotating art exhibits in the repurposed space.

Now known as the Carnegie Center, the library can trace its origins back to correspondence between local citizens and Andrew Carnegie in 1902, a time when the philanthropist funded construction of thousands of libraries in the U.S. and beyond. By 1903, Rensselaer raised funds to purchase a site for the new library northwest of the downtown square, and citizens chose architect Charles R. Weatherhogg of Fort Wayne — who had recently worked on the nearby Jasper County Courthouse — to design the building. The new library opened to the public on September 4, 1905. Per Carnegie’s requirements for funding, the city agreed to maintain the library and guarantee free access to the public.

The Jasper County Library occupied the building for nearly 90 years before constructing a larger new library down the street, a move that left the future of the Carnegie building uncertain. Citizens of Rensselaer turned to Indiana Landmarks, which took possession of the building and secured a $375,000 grant from Lilly Endowment for restoration before signing over the property for use by the Jasper Newton Foundation, the Rensselaer-Remington Chamber of Commerce, and the Prairie Arts Council. The space slowly transformed into a community cultural center informally dubbed the “Carnegie Center,” including the Prairie Arts Council’s Lilian Fendig Gallery on the main floor.

Twenty years later, the elements have taken a toll on the building’s 114-year-old wood windows. Indiana Landmarks holds a protective covenant on the property, which means we are responsible for overseeing preservation of the building in perpetuity. Honoring our commitment, we helped the Jasper Newton Foundation secure funding for the project, including a $50,000 grant from the U.S. Department of the Interior, National Park Service’s Historic Preservation Fund administered by the Indiana Department of Natural Resources, Division of Historic Preservation and Archaeology. 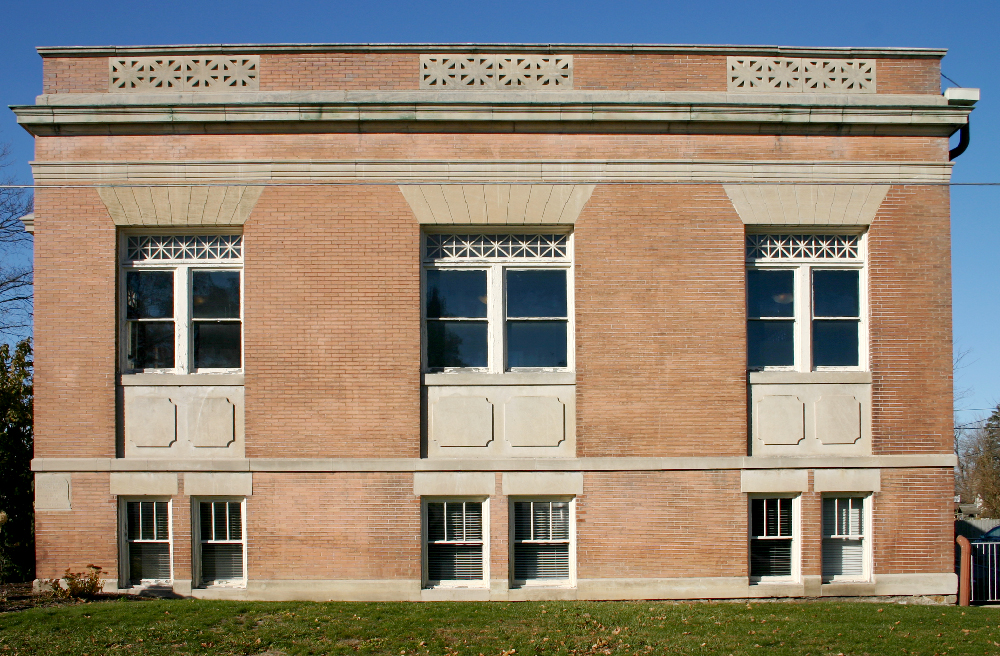 The grant requires a dollar-for-dollar local match, which will be funded in part by a $7,500 grant from the Efroymson Family Fund at the Central Indiana Community Foundation. The Jasper Newton Foundation is committed to paying for the rest of the rehabilitation.

The Foundation has already contracted with Plymouth-based Schoberg Restorations, Inc., which specializes in rehabilitating historic wood windows in all shapes and sizes. Schoberg’s team will restore 62 historic wood windows and reconstruct one missing window. The remainder of the work, which includes repairing and repainting the window frames and jambs, will be put out for bid.

For more information on the window restoration and the Carnegie Center, please contact Brienne Hooker, executive director of the Jasper Newton Foundation, at 219-866-5899 or bhooker@jasperfdn.org.