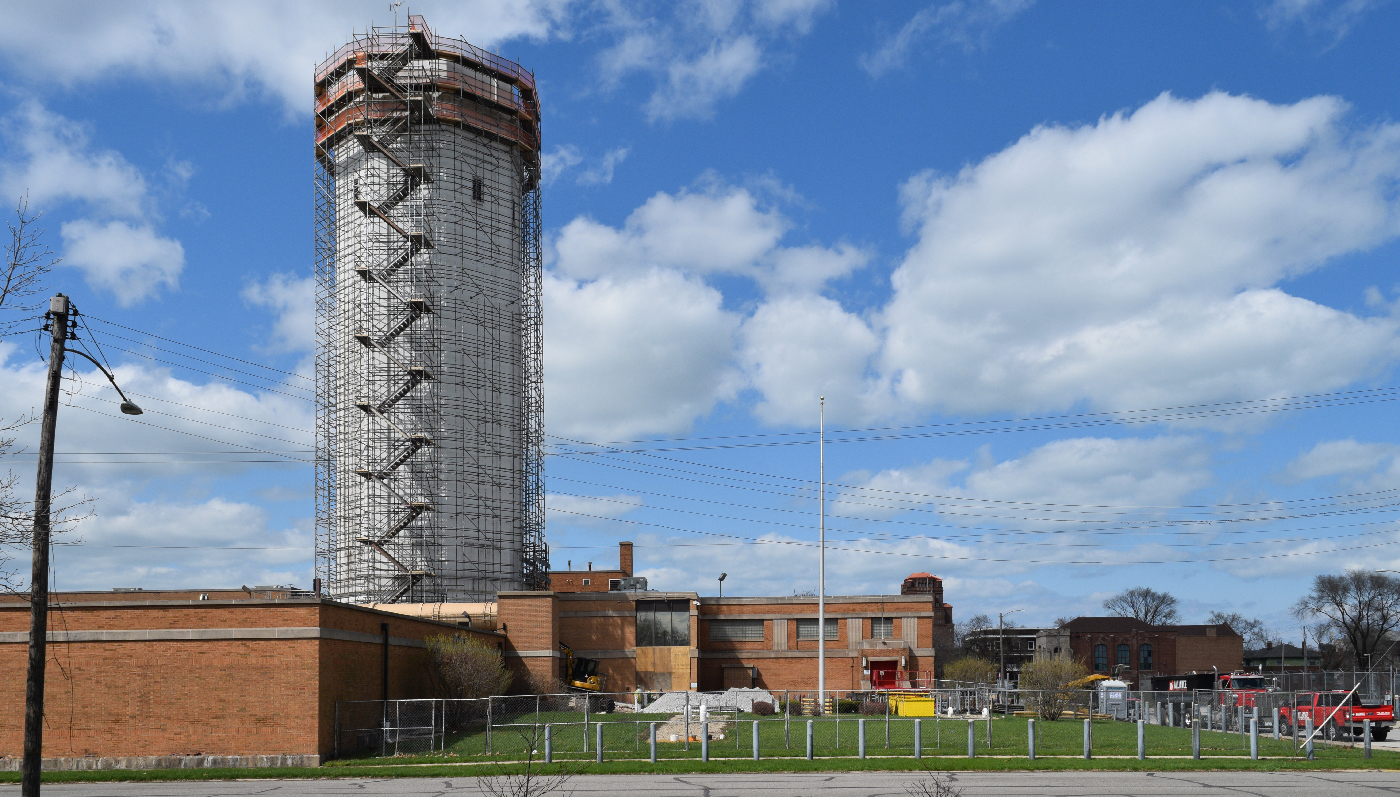 Last year, Indiana American Water announced its intention to demolish the 133-foot water tower that has marked Gary’s skyline since 1909, arguing it would be obsolete after construction of a new water tower across the street. Indiana Landmarks urged alternatives to demolition and offered funds for a rehabilitation plan, noting the estimated $1 million rehabilitation wouldn’t cost much more than the $900,000 price tag for demolition.

The looming threat landed the Gary Water Tower on the Calumet Heritage Partnership’s inaugural Calumet Heritage Area Most Endangered List, and advocates from Chicago wrote in support of saving Gary’s tower, citing the success of the city’s own rehabilitated water tower.

The Gary Water Tower was part engineering innovation and part architectural wonder when it was completed in 1909. The tower’s tank measured 30 feet in diameter and sat on eight 90-foot steel columns. Rather than settling for an exposed steel skeleton, the Gary Heat, Light, and Water Company added a concrete block shell that transformed the utilitarian tower into an octagonal landmark, complete with decorative cornice and parapet wall. The tower quickly became a city icon — a point of pride and a symbol of civic identity. Its destruction will be a dramatic loss for the city’s skyline. 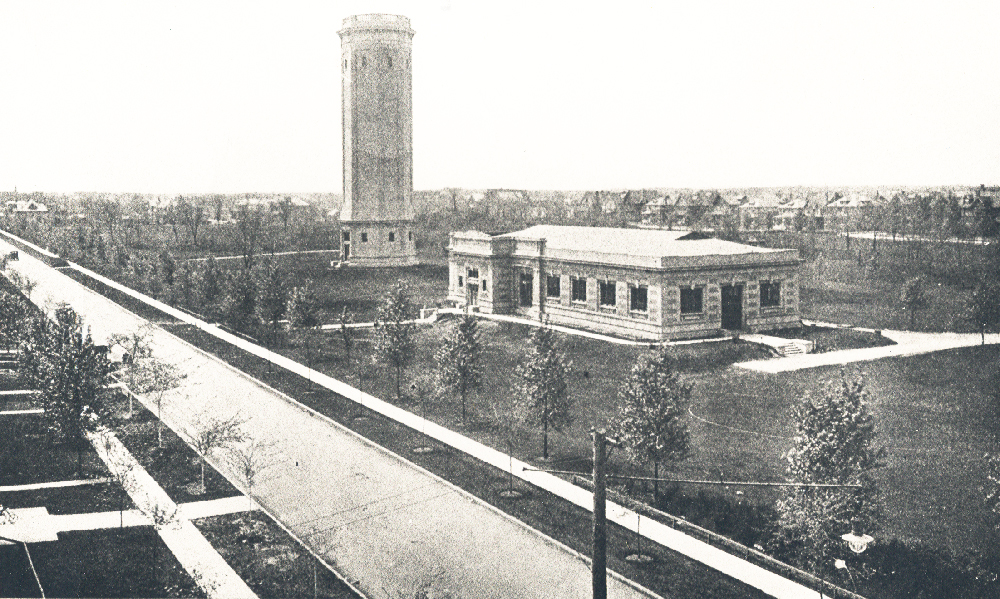 News of the commencing demolition came as a surprise after Gary officials initially indicated support for preserving the landmark. Later, city officials admitted that the demolition permit had been granted in error.

The Gary Common Council created the Gary Historic Preservation Commission in 2007, but the commission seats remained empty until 2017, and the commission has only been able to designate one property as a local landmark.

“Enhanced support from city staff and coordination with planning, building, and redevelopment departments would lead to more positive results for buildings that are architecturally significant and economically feasible to rehabilitate,” says Brad Miller, director of Indiana Landmarks’ Northwest Field Office. “A more robust commission also means better outreach into the community and increased participation from residents.”

“With the combined efforts of residents, organizations, city government, and Indiana Landmarks, we can turn the page to a new chapter to saving Gary’s meaningful places,” says Miller. 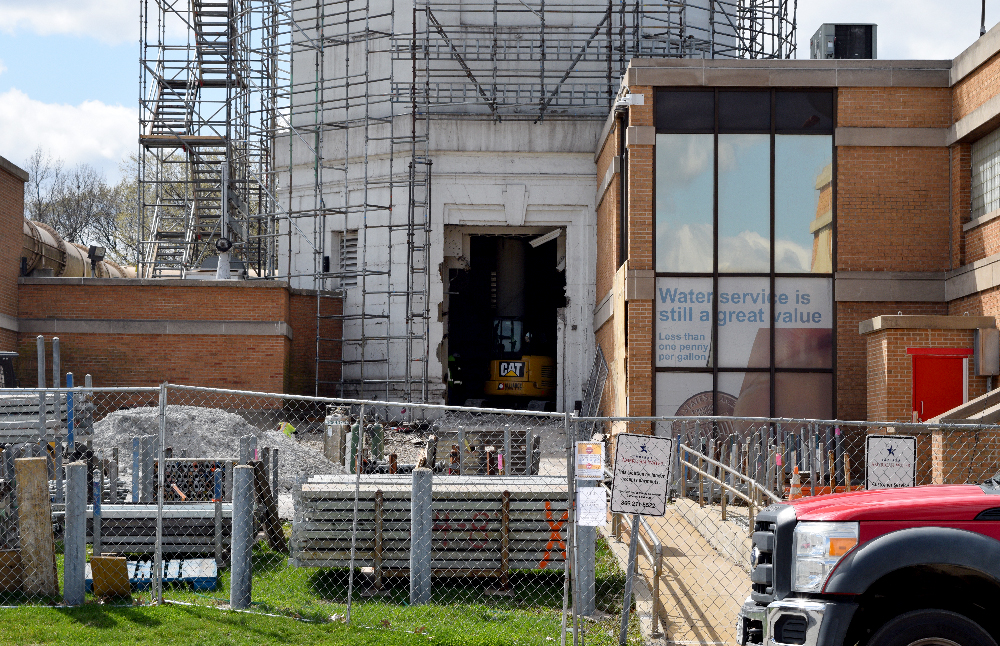