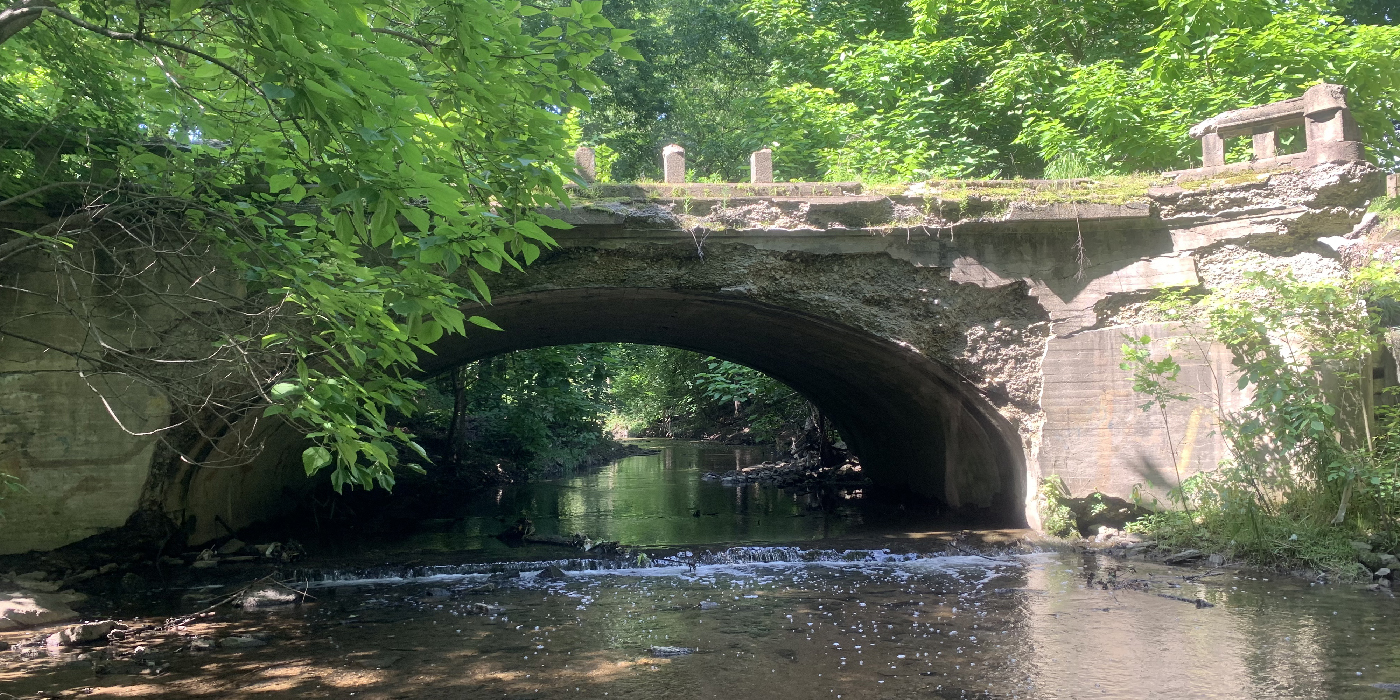 Ahead of the Curve

At the turn of the twentieth century, bridge designers and builders hailed the structural and aesthetic virtues of concrete for bridge construction. Inspired by the City Beautiful movement, which touted good design as an antidote to the ills of city living, they employed the material to create elegant spans, many in the Beaux Arts style popularized during the 1893 Columbian Exposition in Chicago, a.k.a. “The White City.”

Few embraced concrete as enthusiastically as Daniel B. Luten, a prolific Indianapolis-based bridge engineer whose “Luten arch” revolutionized bridge construction. Luten received his first patent in 1900, a design for arch bridges that placed ties between the abutments below the water to connect the arch trusses, much the same way a string holds the shape of a wooden bow. Eventually, Luten patented more than 30 variations on his design.

The Nowland Avenue Bridge in Indianapolis is one such example. The bridge spans Pogue’s Run in historic Spades Park east of downtown. Completed in 1903, it’s the oldest remaining Luten bridge in the city. Built in the Beaux Arts style, with graciously curved spandrel walls, the bridge’s signature Luten design uses concrete-encased steel rods under the water to tie the concrete arch. 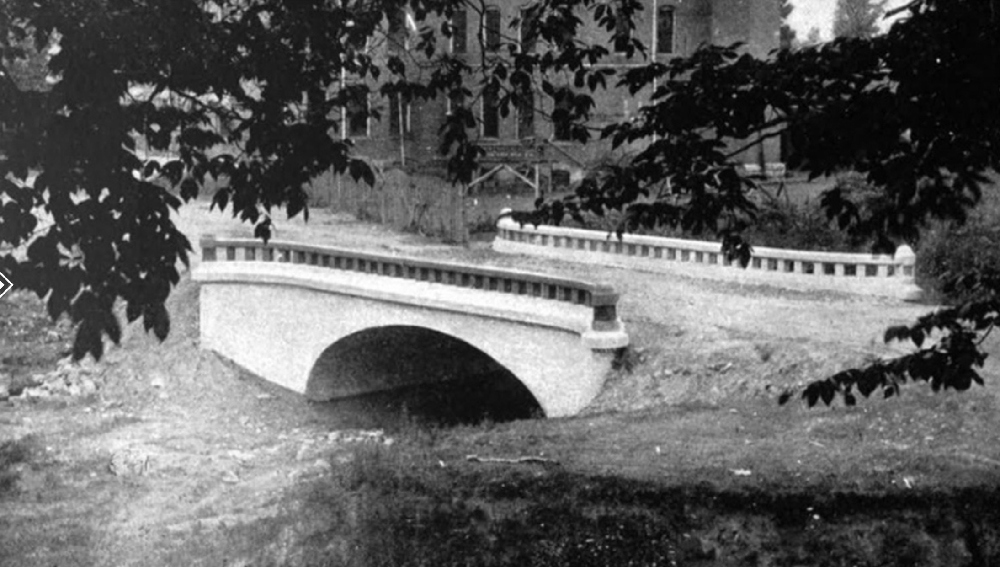 Today, however, the bridge is seriously deteriorated, closed to pedestrian and vehicular traffic due to safety concerns. Significant spalling has fragmented concrete on the sides, and many of the original rectangular balusters are gone. 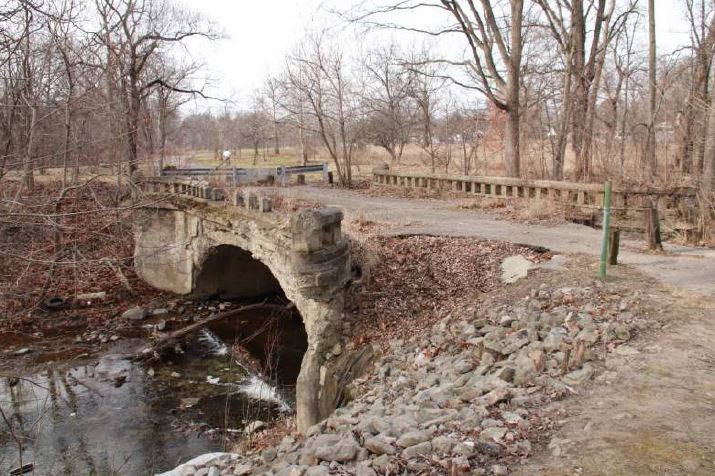 In 2017, a group of neighbors from the city’s Near Eastside established Pathways Over Pogue’s (POP) to advocate for completion of Pogue’s Run Trail through Spades Park, including rehabilitation of Nowland Avenue Bridge. The organization adopted the bridge as its logo.

Restoration of the span would allow the trail to connect to the Pogue’s Run Art and Nature Park farther east and encourage pedestrians to visit the area’s attractions, including the historic Carnegie Library at Spades Park and 400-year-old Temple Oak.

The group successfully raised $140,000 to hire local engineering firm RQAW to prepare plans for the bridge’s rehabilitation. Indiana Landmarks supported the campaign with a grant from the Marion County Historic Preservation Fund, which we administer in partnership with the Central Indiana Community Foundation.

POP is now working to raise the estimated $500,000 necessary to repair the bridge. To learn more or donate to the project, visit popindy.org.