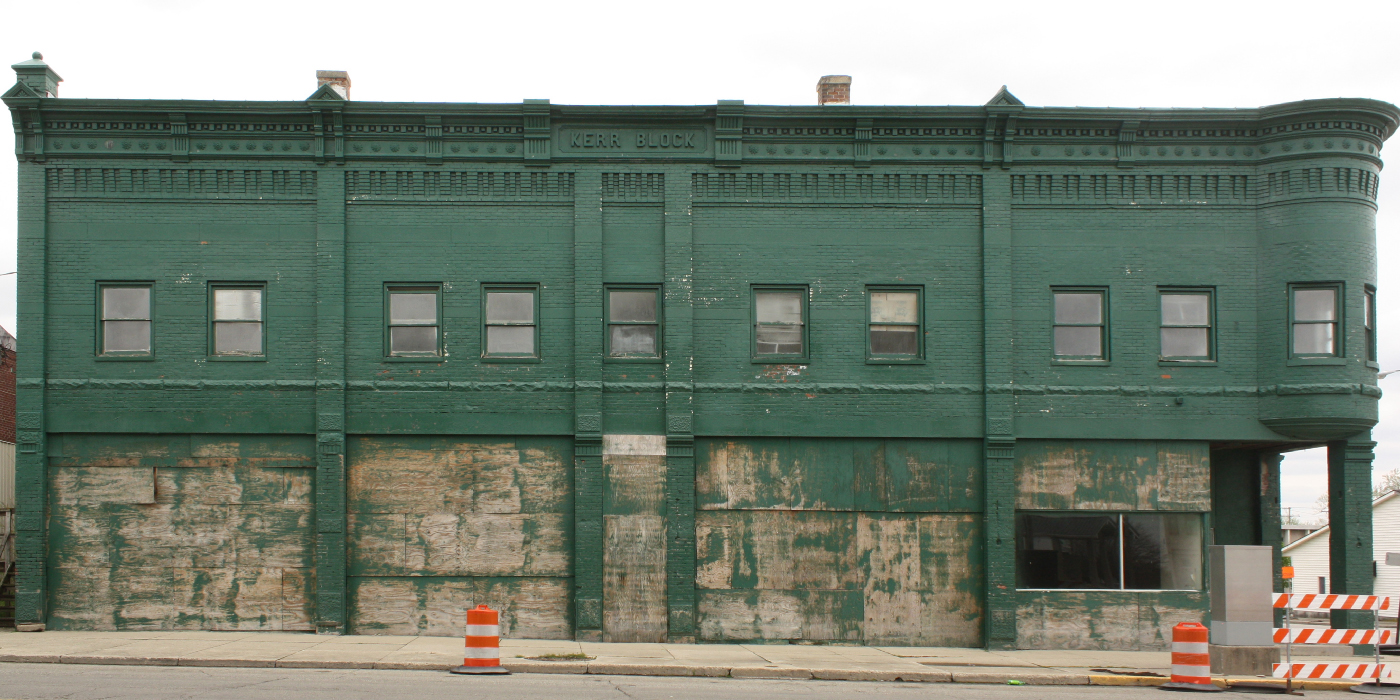 In the late nineteenth century, Union City was a flourishing community. Arrival of the Big Four and the Pittsburgh, Cincinnati and St. Louis railroads in 1860 triggered an explosion in the area’s population and economy, and the city’s downtown bustled with new business and commerce. Even Isaac P. Gray got his start as the successful proprietor of a general store in Union City before becoming Indiana governor in 1880.

Catering to the growing crowds, the city boasted hotels, restaurants, banks, a variety of retailers including drug stores, grocers, and hardware shops, even luxury clothing stores that brought goods from London, New York, and Paris to a Midwest population eager for the latest styles.

In 1898, William Kerr built a handsome commercial building at the corner of Columbia and Pearl streets. Kerr likely chose the design for his building from a catalog of storefronts offered by Geo L. Mesker & Co. of Evansville, one of the most prolific purveyors of prefabricated iron storefronts in the Midwest. Union City’s post office occupied the building’s prominent corner space until around 1900. Over the ensuing years a variety of businesses set up shop in the building’s main level, with spacious apartments on the second floor. 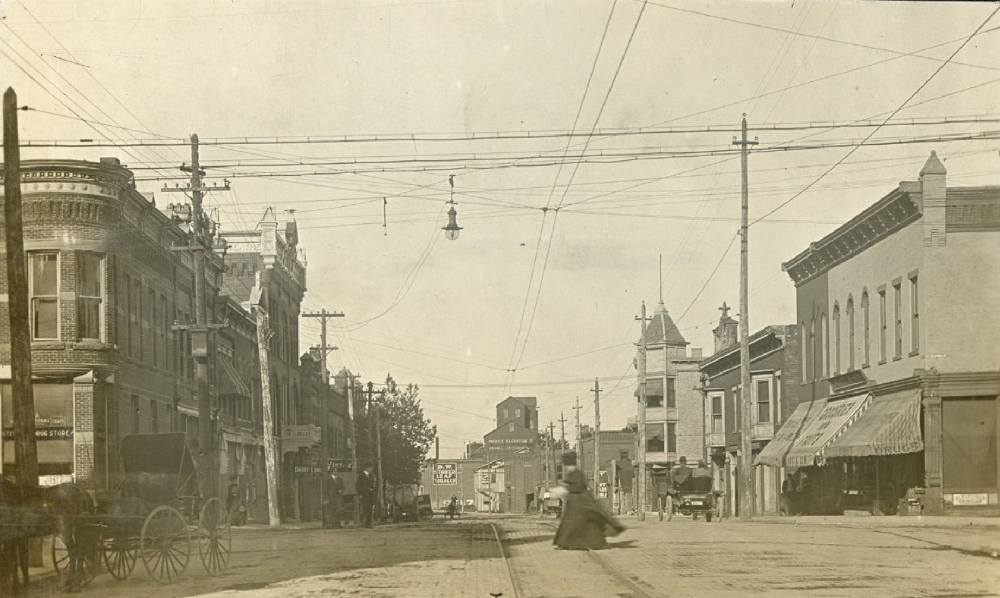 The intersection of Columbia and Pearl streets in Union City c.1910. The Kerr Block is visible at the far left. (Photo: The Indiana Album: David Willkie Collection)

Recently, city leaders intent on revitalizing the city’s commercial district established a team to look at potential reuse of the Kerr Block. A group of students and professors from Ball State University’s historic preservation program completed a study assessing the structure’s condition and provided design recommendations for potential new use as a multi-purpose facility. Dubbed “The Junction,” the rehabbed building would feature studio space for local public television station KISS-TV, along with a computer lab/wifi lounge and retail space for Union City Junior/Senior High School sports teams’ gear. The study will help inform applications for grants and other financing as the city moves forward with revitalization plans.