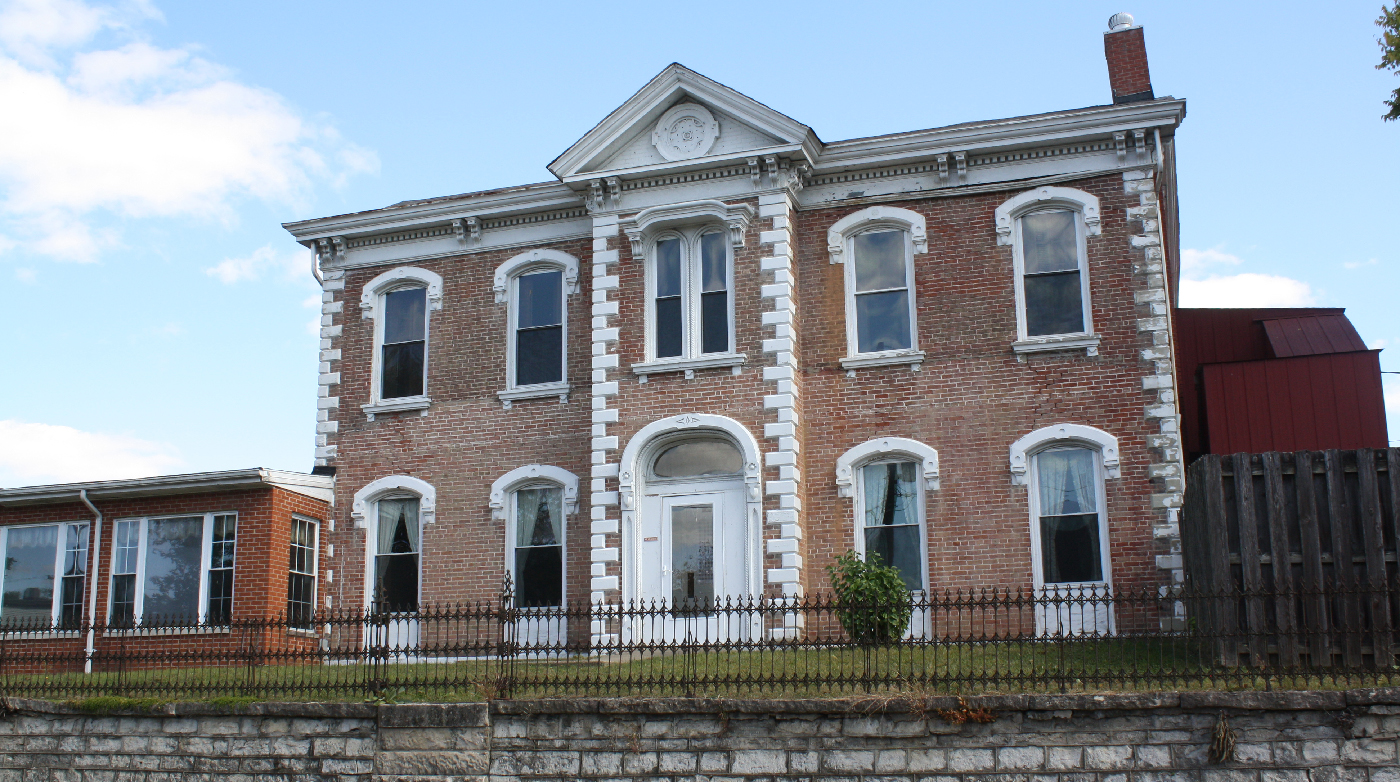 In Need of TLC

After more than 140 years of continuous use, one of Franklin County’s grandest homes is vacant and in need of new owners with the vision and resources to tackle a challenging renovation.

Joseph and Mary Fries built the two-story Italianate house at 273 Main Street in Brookville in 1877 and generations of the family occupied the home for nearly 80 years.

Joseph Fries moved from Germany to Franklin County as a child, growing up in Brookville during the city’s boom time of growth following the arrival of the Whitewater Canal in 1839. He became a successful businessman, working his way up from a job at the local brickyard to become the owner of the town’s gristmill, which he operated for 35 years.

Fries built his exquisite residence on a prominent bluff at the southern edge of Main Street, where it could be viewed by visitors entering the county seat. The home’s architect, John Burkhardt, incorporated elaborate details reflecting the importance of the home’s occupants including a north-facing bay window with copper roofing and an ornate front porch – both since removed – with delicate millwork made by other German immigrant craftsmen living in Brookville. The bustling home’s interior was filled with pianos, portraits of the Fries children, and grand mirrors, and employees of the Fries gristmill ate lunch on the porch steps.

In 1956, Elsie Dreyer of Sunman bought the grand house for use as a nursing home. The building suffered a number of alterations – including a large modern addition — over the course of its use as a care facility, but the bones of the original structure remain intact. When the nursing home relocated to a larger campus north of downtown, an altruistic nonprofit, Works of Mercy, used the location to serve meals and offer services to the local community. The organization ceased operation, and now the once-grand Fries House sits empty.

A buyer with an abundance of dedication could return the Fries House back into its original design as a family home. Alternatively, the modern addition could facilitate the building’s continued commercial use with appropriate restoration of the original structure. The property lies within the southern boundary of the Brookville Historic District.