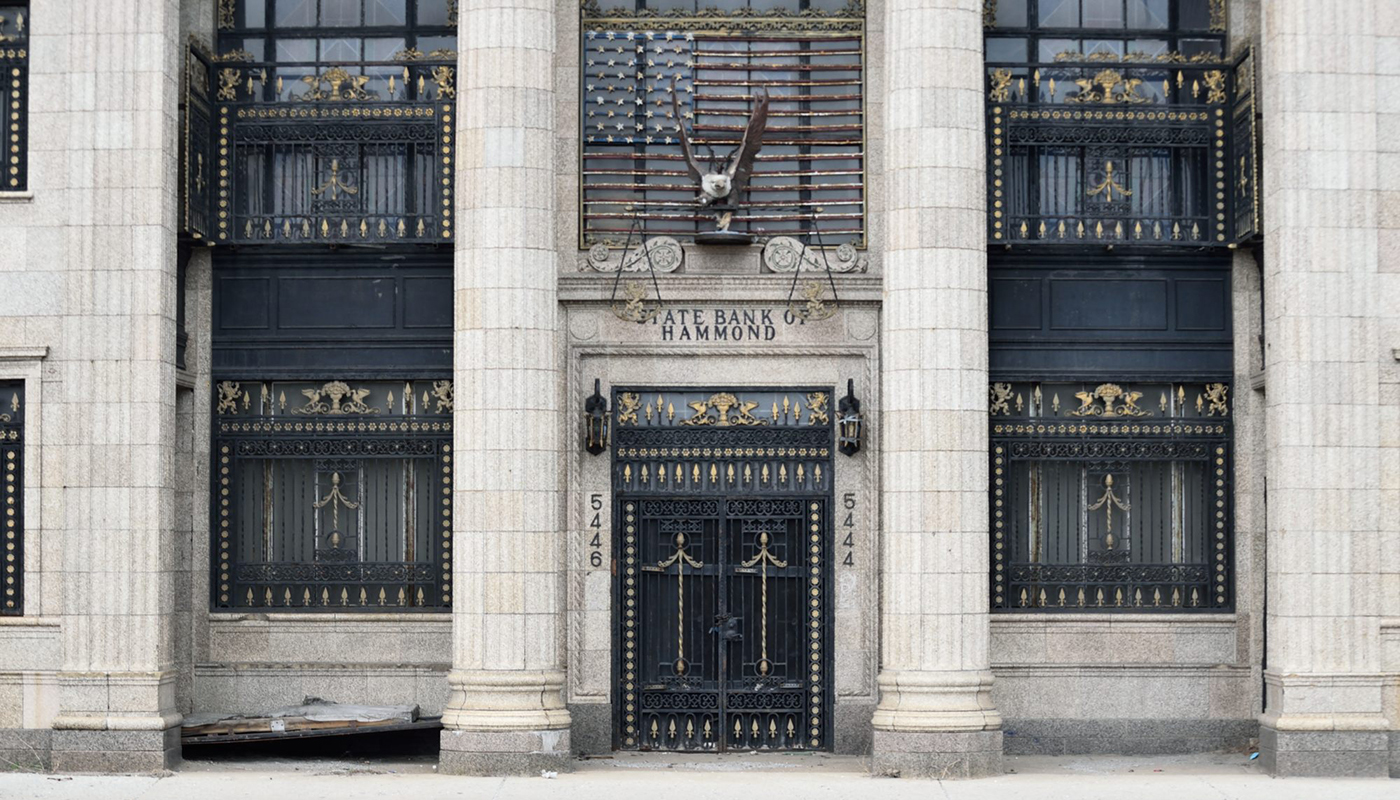 Putting Money in the Bank

For nearly a century, the State Bank of Hammond building at 5444 Calumet Avenue has proven its durability, and now it could play an important role in the City’s downtown revitalization plans. Officials are looking for a new owner who can restore the landmark building and spur additional development along the Calumet Avenue corridor.

The State Bank of Hammond opened to local fanfare in 1927, only to be met two years later by the crash of Wall Street and ensuing global economic disaster. As the Great Depression tightened its grip across the country, the bank lasted just five years before folding in 1932 – the last bank in the city to close its doors. 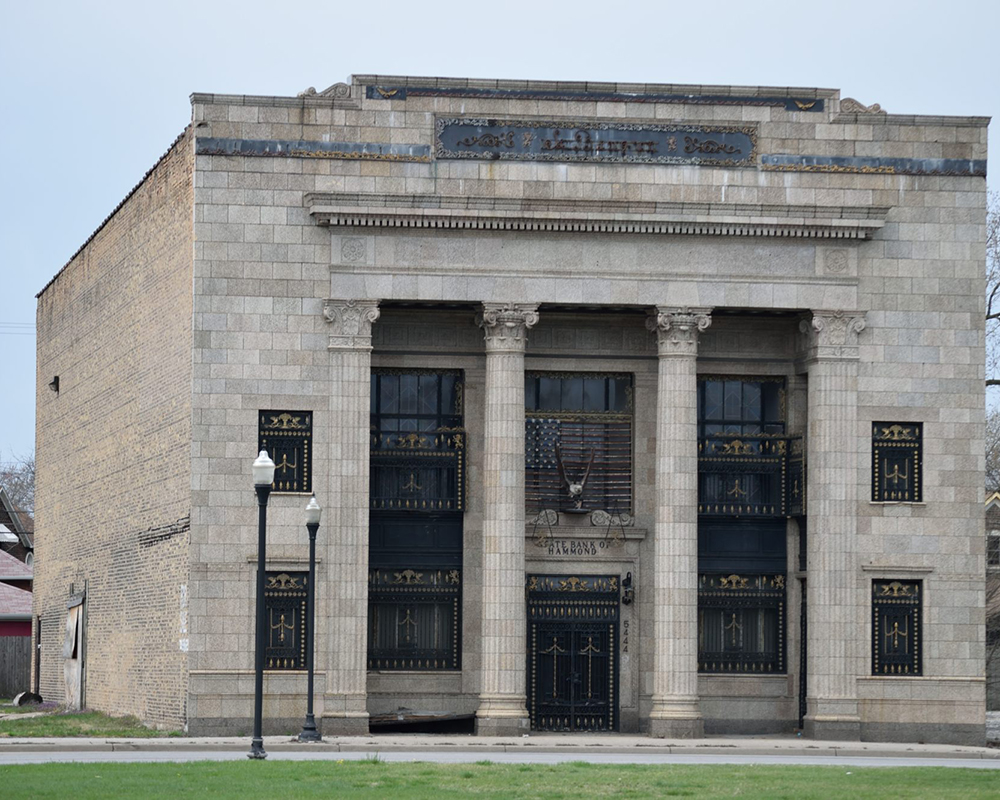 Though it served only a short time as a financial institution, the State Bank building housed a number of businesses over the next 60 years. Bank Calumet occupied the building briefly before moving to Hohman Avenue. Later, a license bureau, retail space, and a professional office used space in the former bank. In the 1990s, a local couple purchased the building with plans to transform the interior into a fine-dining restaurant. They started renovation, adding a mezzanine in the bank lobby, and installing metal bars and stained glass to windows on the building’s façade.

Though they were never able to launch the restaurant, the pair did leave the building secure and watertight, preserving many of its original Neoclassical features—including its fully intact glazed terra cotta facade. Inside, the grand lobby includes 25-foot ceilings and a spectacular skylight, with decorative plasterwork, marble stairways, and terrazzo floors. The 16,000-square-foot interior still boasts the bank’s original vault, boardroom, and a separate, second-floor office space. 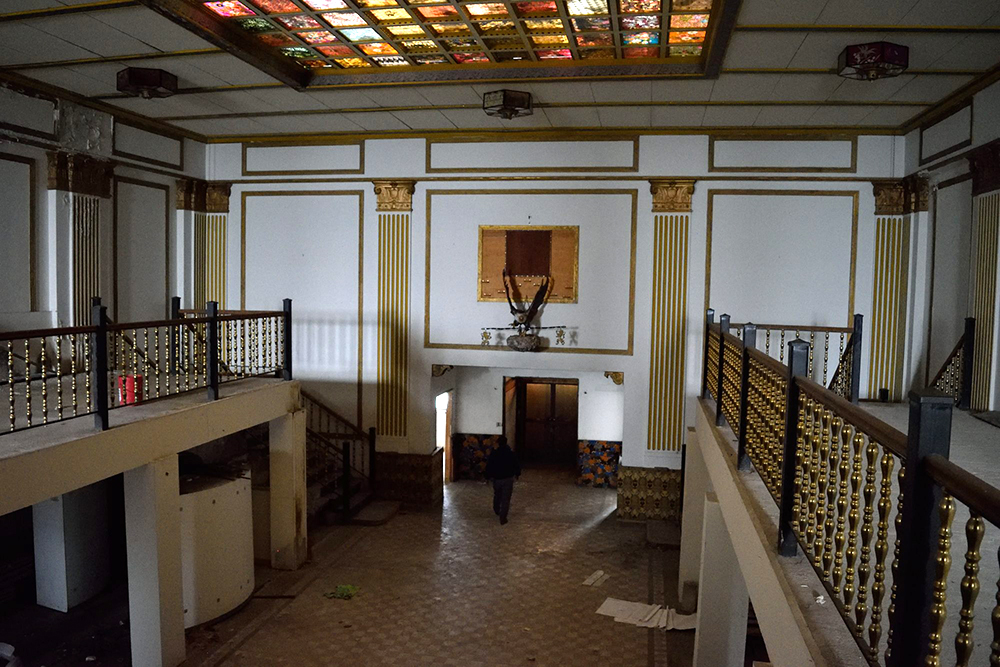 Designed by Karl M. Vitzthum, the bank building shares architectural lineage with a number of notable Chicago landmarks also designed by the architect, including the Home Bank and Trust Company, Randolph Tower, One North LaSalle Street, and St Peter’s in the Loop. Vitzthum immigrated from Germany to Chicago in 1914, where he got his start at the architectural firm Graham, Burnham & Co. (later Graham, Anderson, Probst & White) before branching off to start Vitzthum & Burns.

The City of Hammond acquired the property in 2017 with hopes of finding a buyer who can restore the National-Register listed bank and incorporate it into additional development along Calumet Avenue. Several lots immediately to the north and the south of the building could be part of a sale, with potential for a mix of commercial and residential uses.

“With the incoming South Shore Line station and the recent completion of a new Downtown Hammond Master Plan, we couldn’t be more excited about our historic core,” said Anne Anderson, director of Economic Development for the City. “The former bank building and adjacent lots are just a mile east of downtown and offer an awesome opportunity to be a part of the growing energy in Hammond.”