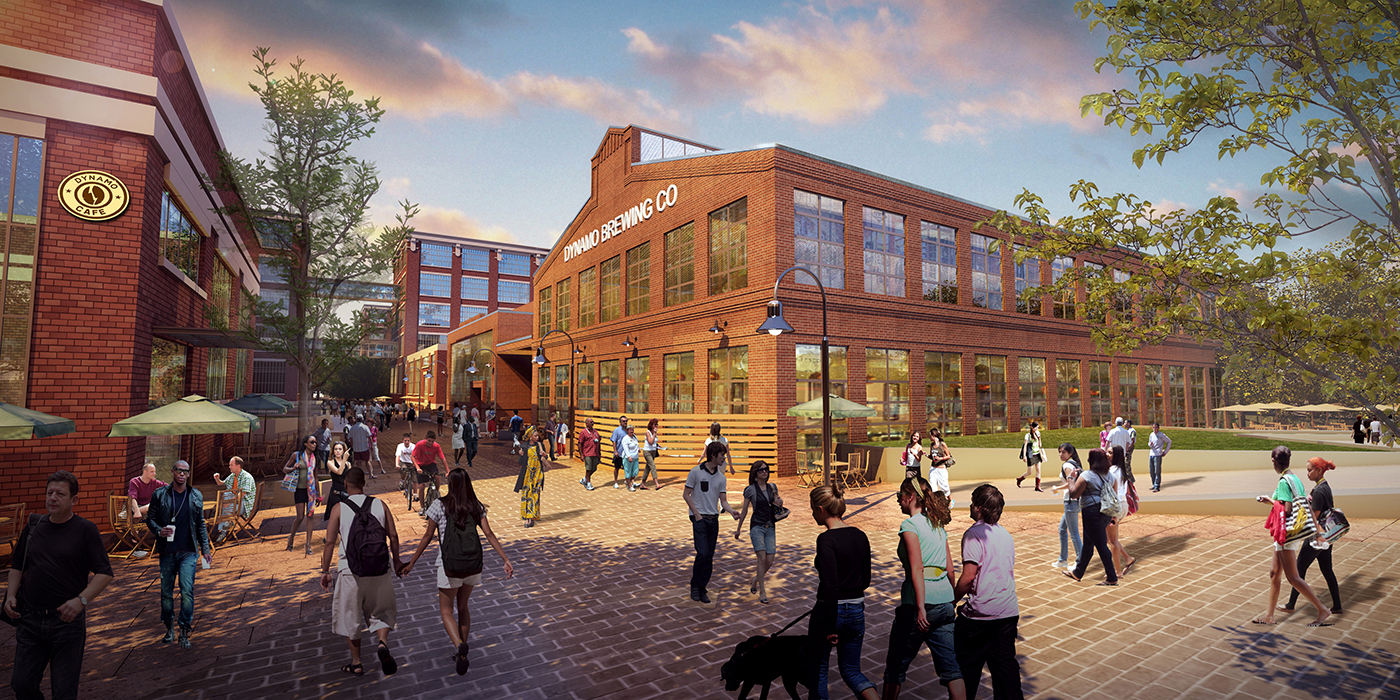 For more than a century, a stretch of land along Broadway in Fort Wayne has been a base for innovation. First developed as the Fort Wayne Jenney Electric Light Company and later as General Electric, the property grew into an industrial complex spanning 39 acres and over 1.2 million square feet. Now, the site is poised to become a hub for invention again as Electric Works, a mixed-use innovation district being developed by RTM Ventures, LLC.

In 1886, James Jenney, inventor of an electric arc lamp and small dynamo, chose the site for his Fort Wayne Jenney Electric Light Company, which evolved and merged with other companies before being purchased by General Electric (GE) in 1899. Under GE, the campus produced all kinds of commercial and household electric equipment, including alternators, dynamos, transformers, motors, and switches. During the 1940s, the factory supported the war effort by building superchargers for military aircraft; GE employed 20,000 in Fort Wayne in 1944. The company initiated multiple scientific patents at the plant; the United States’ first ice-making machine—a predecessor to the household refrigerator—and the garbage disposal were both invented there.

A nationwide decline in manufacturing jobs in the late twentieth century affected GE too, leading the company to shut down the Fort Wayne plant beginning in 2014. Removal of the rooftop sign bearing the GE logo in 2015 finally signaled lights-out at the factory.

“This site presented a great canvas to reimagine what this place could become as an economic engine for this century,” says Jeff Kingsbury, chief connectivity officer at Ancora Partners, one of the companies leading the site’s redevelopment. “The scale of buildings, their character, the way they were built, and how the campus is laid out is ideal to creating a mixed-use innovation district with a strong sense of place.” 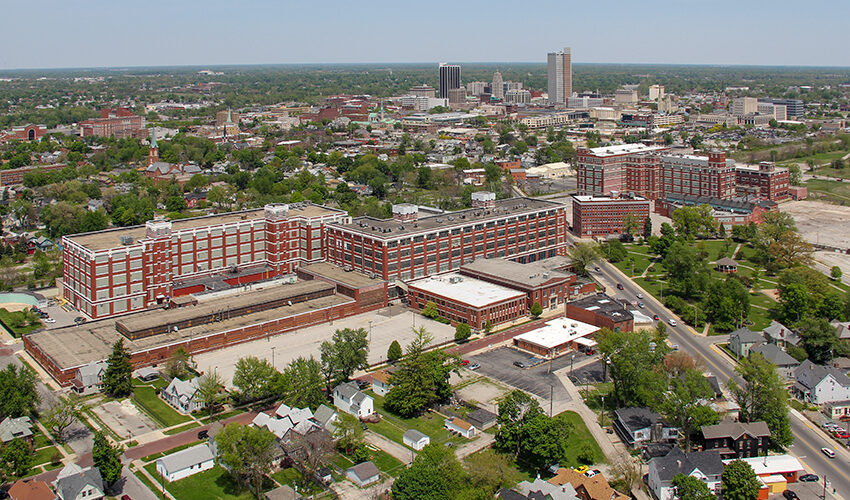 Work is beginning on the West Campus’s historic buildings dating from 1907 to 1942, including several industrial buildings. (Photo: Evan Hale) 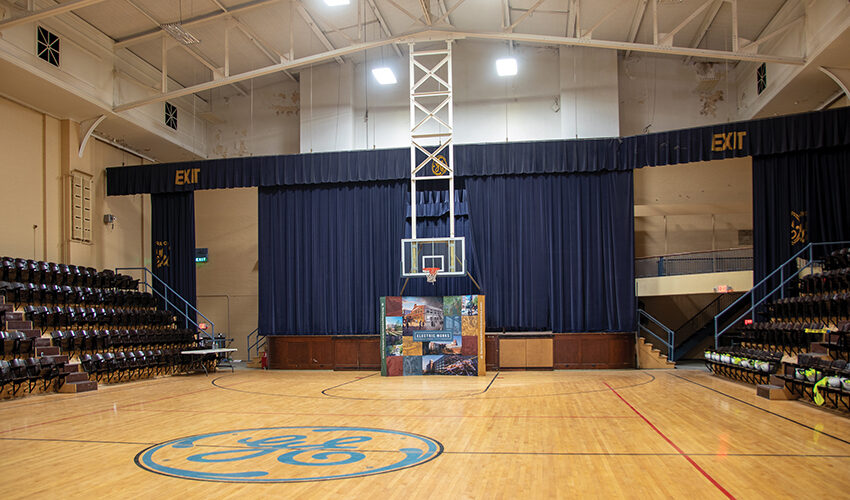 The GE Club, a former employee recreation building, is slated to become a community and event center. (Photo: Evan Hale) 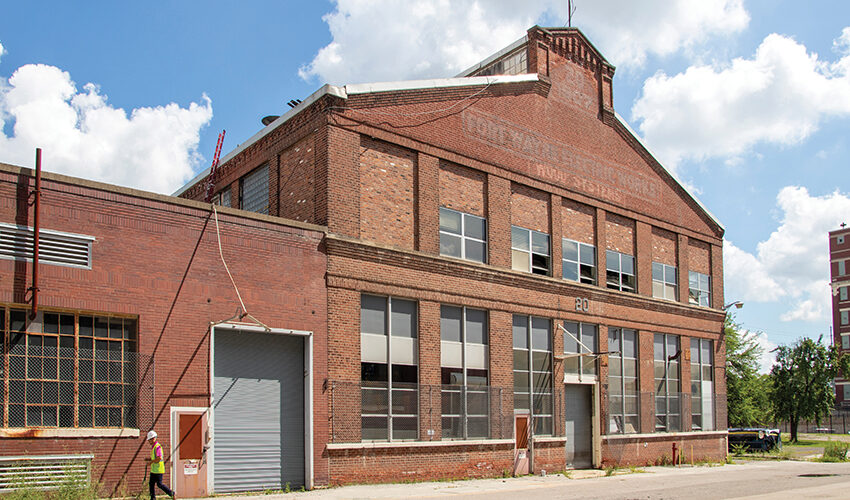 Expected to be completed in late 2022, phase one of Electric Works will create offices, retail, a high school, health clinic, community center, and research center in 10 historic structures on GE’s former West Campus. The oldest building (above) will house a food hall and public market. (Photo courtesy Electric Works)
Previous Next

After closing on $286 million in public and private financing in early 2021, the development team is moving forward with phase 1 of development, expected to generate $300 million in local economic impact during construction. On the West Campus, which includes 10 buildings dating from 1907 to 1942, work is underway to create offices, retail, a food hall and public market, a STEAM high school, health clinic, an innovation and research center, and a community center. Do it Best Corp., Indiana’s largest private company, will be headquartered at the site, and Indiana Tech and Indiana University plan to be part of the innovation and research center. Parkview Health will operate a primary care clinic and pharmacy. Work is expected to be completed in late 2022.

The project financing includes $35.7 million in federal Historic Tax Credits and $12.5 million in New Markets Tax Credit allocation by the National Trust Community Investment Corporation, the company’s largest historic tax credit investment in its history. Use of the credits requires the significant historic features to be retained and restored.

“Instead of spending millions for demolition to create another vacant site, we were able to realize the community’s vision by leveraging state and federal funding that incentivizes private investment to reuse these historic buildings in new ways,” says Kingsbury. “Here we have an opportunity to create a place to live, work, shop, play, and learn in an urban setting with a sense of character—qualities that are very desirable nationally for growing businesses and the talent they seek.”

Visit fortwayneelectricworks.com for ongoing updates on the project.