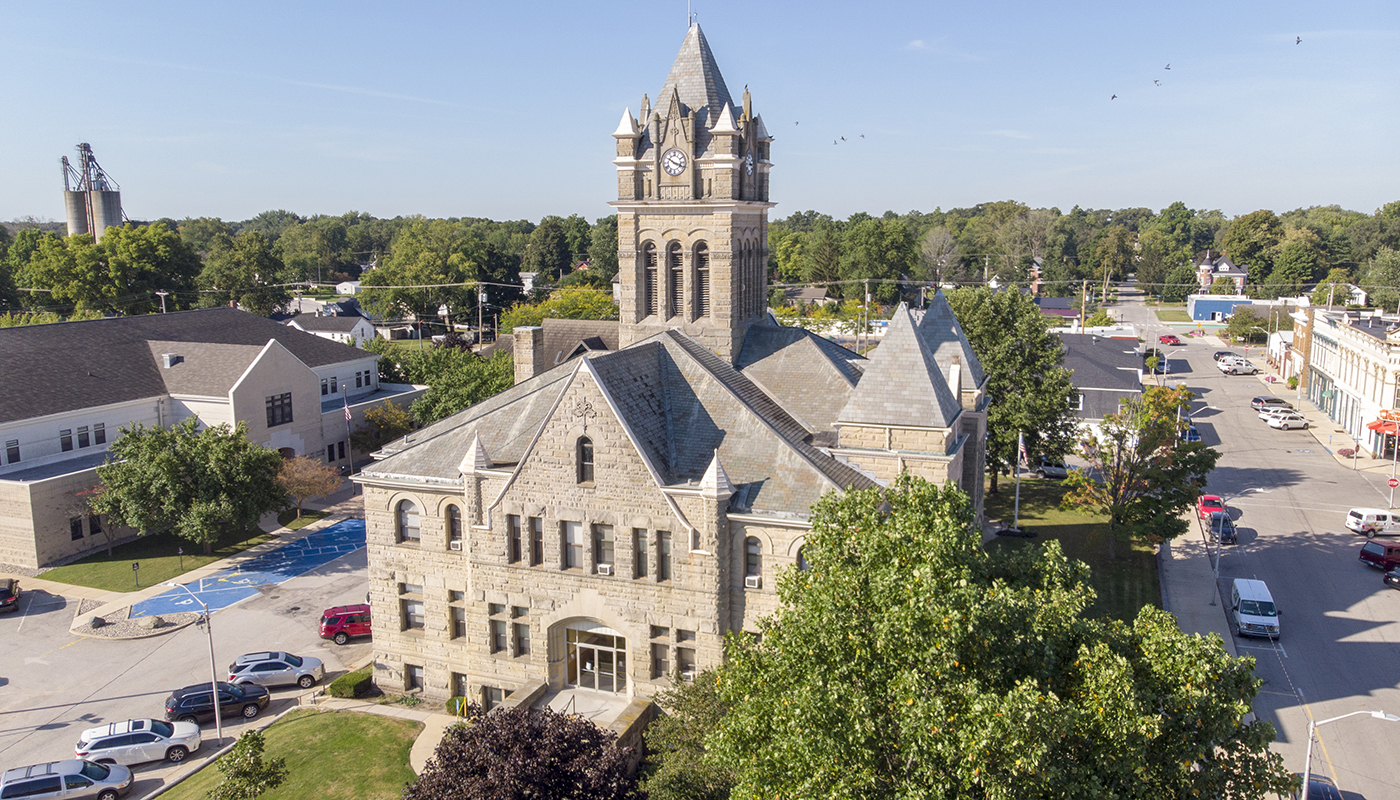 Pulaski County officials are wavering on the decision to rehabilitate the county’s historic courthouse in Winamac, potentially derailing a three-year effort to save the iconic building.

The move stands in stark contrast to the positive momentum in 2019, when commissioners voted unanimously to expand the adjacent Justice Center and fully renovate the historic courthouse. The endorsement marked the reversal of a 2018 decision to demolish the courthouse – an action that landed the building on Indiana Landmarks’ 10 Most Endangered List.

The 1894 Romanesque Revival courthouse is one of the finest in the state and the county’s most prominent landmark, distinctions that led Indiana Landmarks to take the extraordinary step of retaining Indianapolis-based Rowland Design to review the county’s initial plans, which called for demolition of the historic courthouse and moving all court functions the Justice Center. The firm’s comprehensive study demonstrated that demolition would be far more costly than moving forward with the proposed renovation.

In May, the county council voted to move forward with a bond to fund expansion of the modern Justice Center, but several officials have expressed skepticism about pursuing additional funding to renovate the historic courthouse.

The county has already spent $400,000 on design work and planning for the renovation and expansion project. In spite of a second analysis by Tonn and Blank – construction manager for the Justice Center – confirming that the approved plan is the most cost-effective approach, some council members have proposed vacating the courthouse, though they’ve offered no alternative to address the county’s ongoing need for additional administrative space.