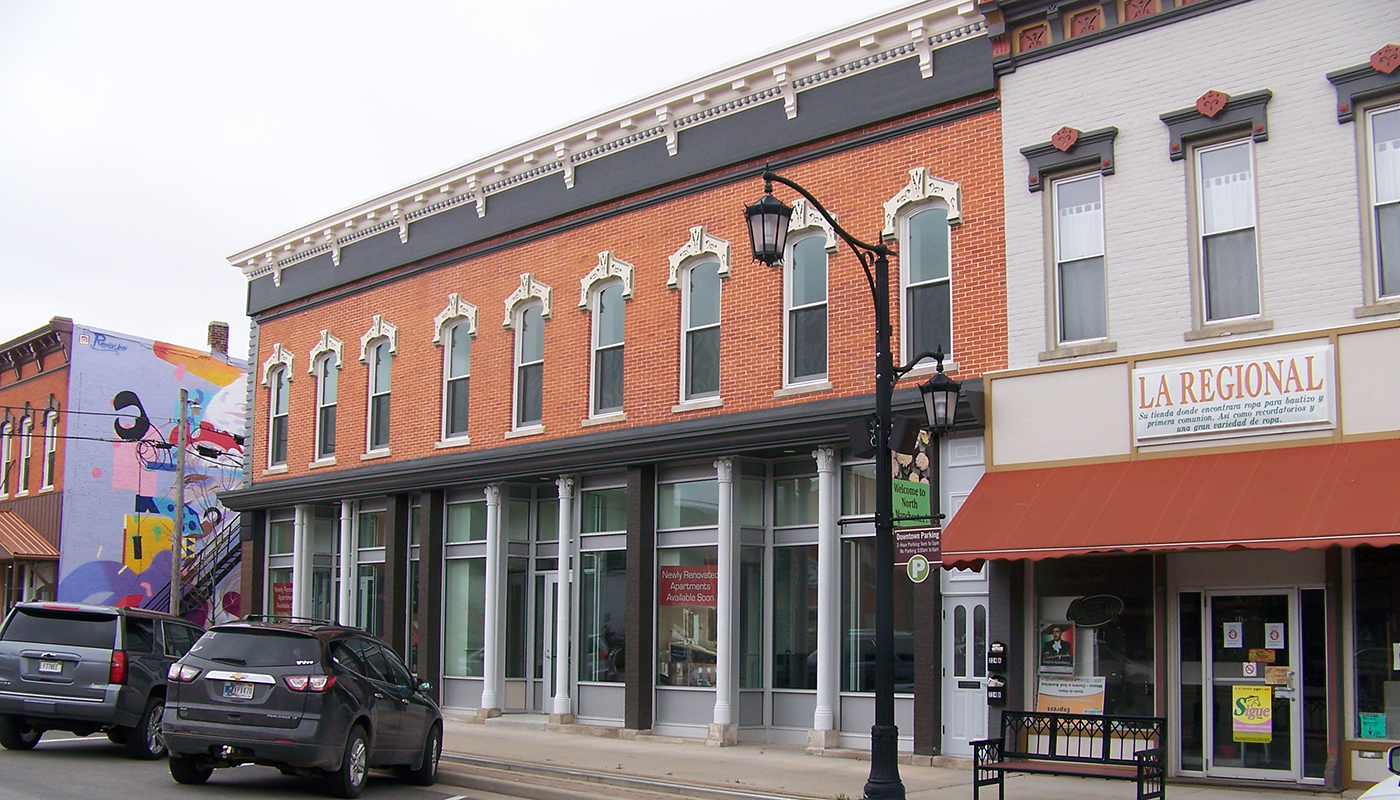 In late 2016, a devastating fire ripped through a section of North Manchester’s Main Street, gutting the block-long Strauss building and leaving a charred scar in the heart of the community’s historic downtown. More than four years later, following years of study, planning and careful rehabilitation guided by the building’s multi-generational owners, the landmark is poised for a second century of service.

Constructed in 1882, the Strauss Building is a textbook example of the Italianate commercial architecture prevalent on many Indiana Main Streets. At street-level, large display windows framed by ornate cast-iron columns punctuate each of the building’s four storefronts. Tall second-story windows under arched hoods span a red-brick façade topped by an elaborate metal cornice and brackets.

Beginning in 1920, John Wesley Strauss began selling animal feed, produced by his family’s mill on the outskirts of town, out of the storefront at 220-222 East Main Street. As the business grew, the family purchased the adjacent storefront at 218 East Main for additional office space.

In the 1970s, the expanding business relocated to a new facility, but the Strauss family maintained ownership of the Main Street property, renting space to other tenants. Since 2001, the building has been home to the Community Foundation of Wabash County, headed by Executive Director Patty Strauss Grant, a fifth-generation family member. 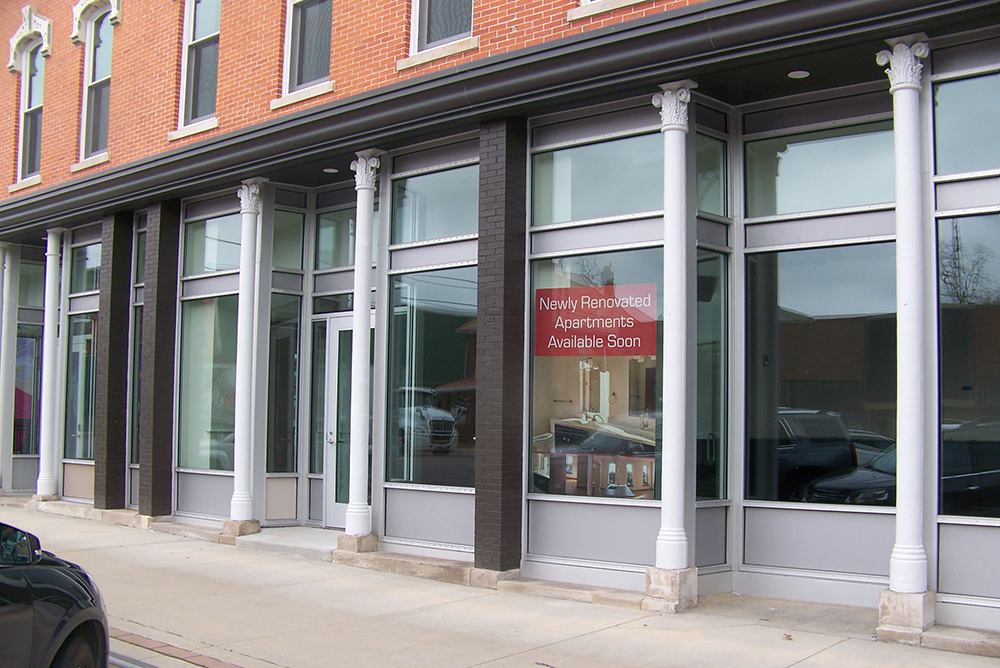 “In 2014, my sister, Emily, spear-headed renovation of the upstairs apartment at 220 East Main and lived there with classmates while attending Manchester University. Her experience showed us all how fun Main Street living can be,” says Leah. “We were so sad when the fire destroyed her work. It has been a hard but fulfilling endeavor to rebuild,” she adds.

The fire left one end bay at the west end of the building unstable, necessitating demolition. In its place the family installed a gated patio, offering office workers and visitors a space to relax outdoors. The remaining façade, originally constructed as three storefronts, has been carefully restored to its Victorian-era appearance. Today, passers-by would be hard pressed to tell that fire almost destroyed the property.