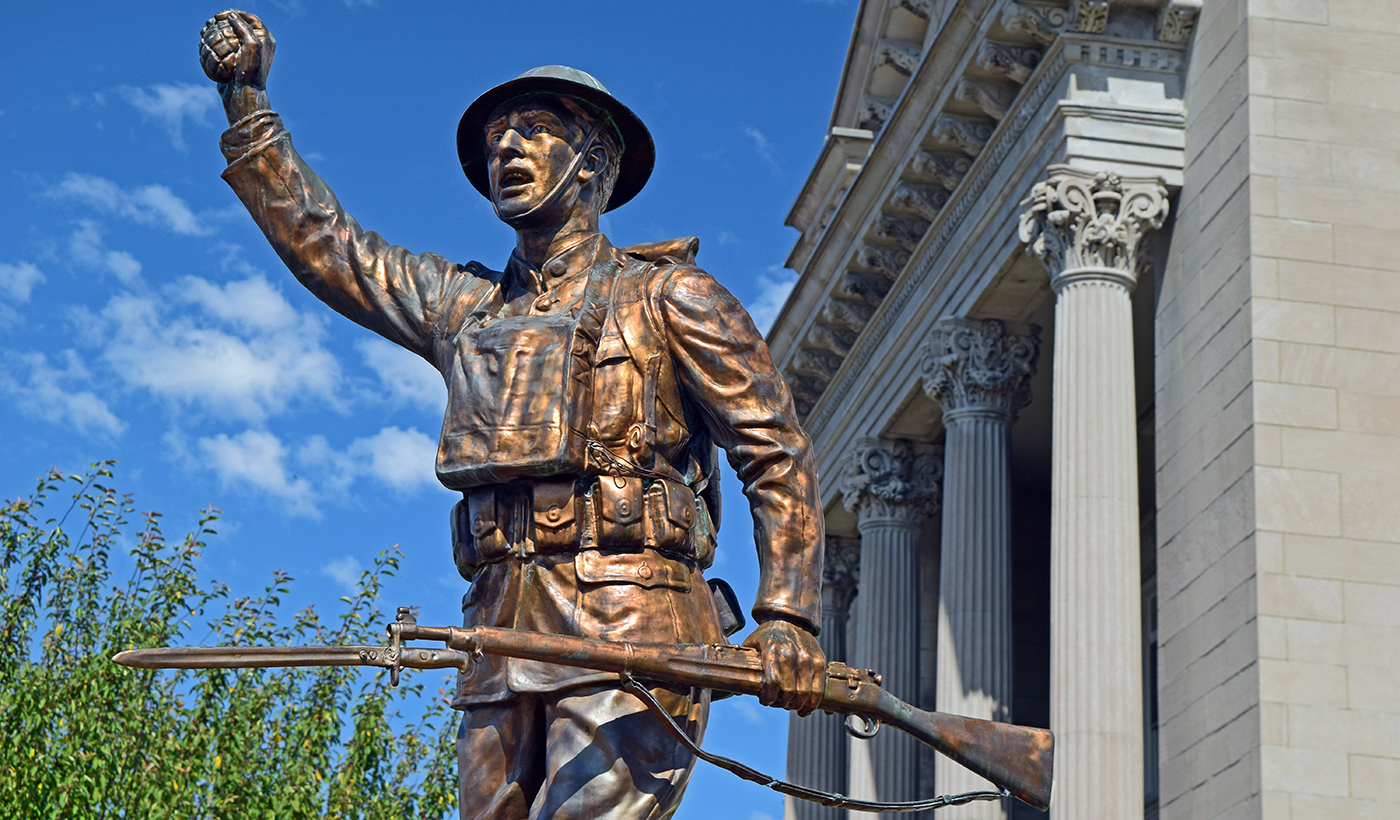 Although “doughboy” entered the English language in the 1840s during the Mexican-American War, it has come to almost exclusively mean a World War I infantryman, immortalized by Indiana native Ernest Moore Viquesney in statues throughout the U.S.

Copies of E.M. Viquesney’s “Spirit of the American Doughboy” dot courthouse lawns and cemeteries across the state. The artist, born and raised in Spencer, created the original pressed-copper sculpture in 1921, responding to the national desire to honor World War I soldiers. From the ‘20s through World War II, civic organizations, cemeteries, and cities and towns throughout the United States commissioned replicas of the statue.

Today, more than 130 copies of the sculpture exist, including 11 documented here in Indiana. Some claim The Doughboy is the most viewed outdoor statue in the U.S. — second only to the Statue of Liberty. In fact, some Doughboy aficionados believe Viquesney modeled his soldier’s pose on Lady Liberty: weight forward on the left foot, right hand raised high above his head. 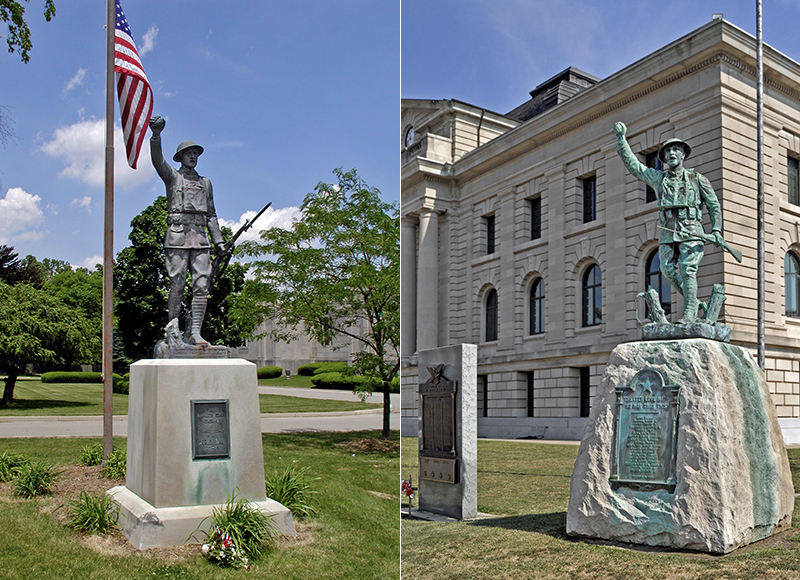 So why “doughboy”? Though no one is certain, etymologists offer a couple explanations dating back to the United States’ war with Mexico, after the U.S. annexed Texas. One often-cited explanation claims that observers coined the term after noticing U.S. infantry forces, covered with chalky dust from long marches through the dry Mexican terrain, resembled unbaked dough. Another proposes the dust-covered soldiers resembled mud bricks of the area known as adobes.