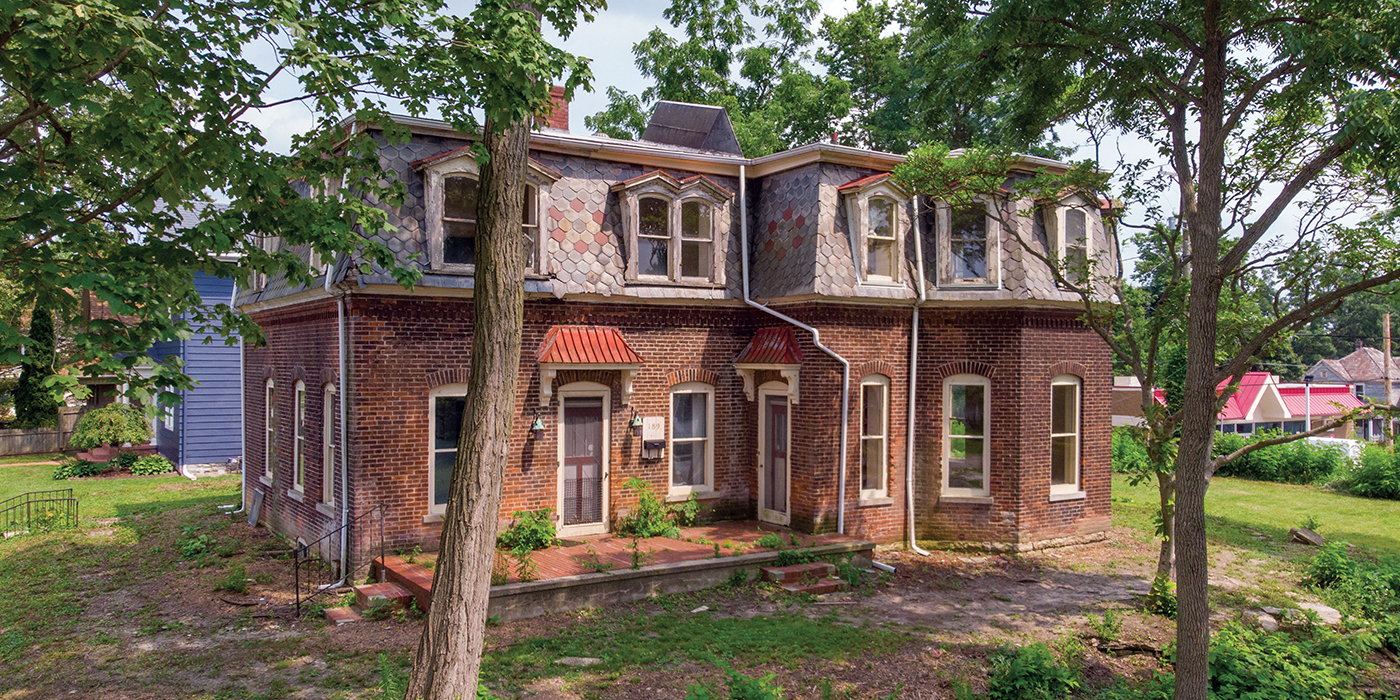 Indiana Landmarks is rehabilitating a Second Empire-style house on Wabash Street as the future home of Waypoint, a transitional home for women.
POSTED ON January 10, 2022 BY Indiana Landmarks | News

In acquiring historic properties, Indiana  Landmarks aims to lead by example. We invest our resources to stabilize buildings and add curb appeal in hopes of attracting preservation-minded buyers and inspiring others to improve their buildings, as well. In 2020, we seized the opportunity to make a big impact in one Wabash neighborhood, buying six historic houses in the East Wabash Historic District and accepting the donation of another house in the area. A year later, we’ve sold two of the houses and partnered to rehabilitate a third as a transitional home for women.

Wabash natives and Indiana Landmarks members Andy and Brittany Bain had been looking for an opportunity to move back home from Carmel when they saw an article about the project in an Indiana Landmarks e-newsletter. Captivated by a photo of the Classical Revival house at 143 E. Main Street, they saw their chance. In May 2021, they closed on the property and began restoring the house, previously carved into five apartments, back into a single-family residence. “It’s about balancing the feeling of a historic home with modern conveniences,” says Andy. “My wife is a much bigger visionary than I am and was able to see what it could be.

As part of our targeted initiative to improve multiple historic homes in one Wabash neighborhood, Indiana Landmarks sold a brick Classical Revival house on Main Street to Andy and Brittany Bain 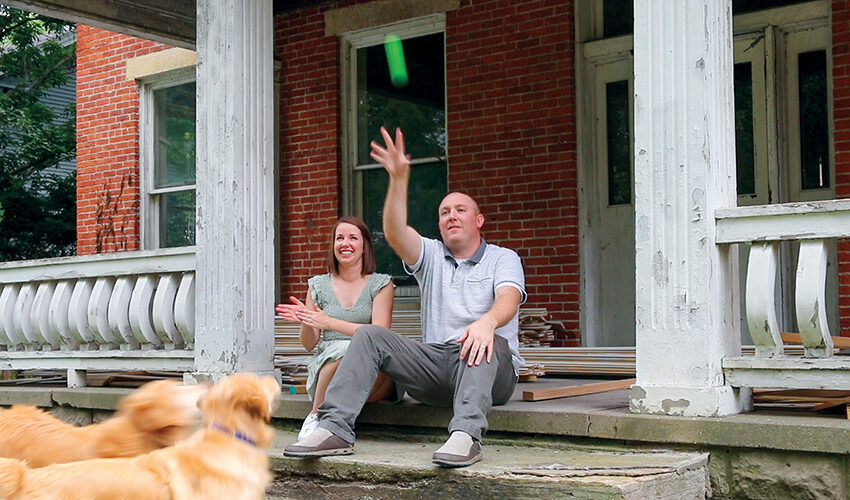 As part of our targeted initiative to improve multiple historic homes in one Wabash neighborhood, Indiana Landmarks sold a brick Classical Revival house on Main Street to Andy and Brittany Bain.
Previous Next

For years, leaders on Wabash County’s Drug Steering Committee saw a need in the community for a place for women recovering from substance abuse. With six bedrooms and seven bathrooms, the Second Empire-style house Indiana Landmarks acquired at 189 N. Wabash Street offered ideal space. We’re overseeing repairs at the property to adapt it for Waypoint, Inc., a new nonprofit formed to operate the facility. Once work is finished, we’ll donate the property to the organization. “It’s a really cool house that checks off a lot of boxes for us,” says Marilyn Custer-Mitchell, project chairperson. “Indiana Landmarks being willing to start the renovation and offer their expertise is a huge help to us.”

Watch for updates in the coming months on the remaining houses for sale by Indiana Landmarks in Wabash on our website.