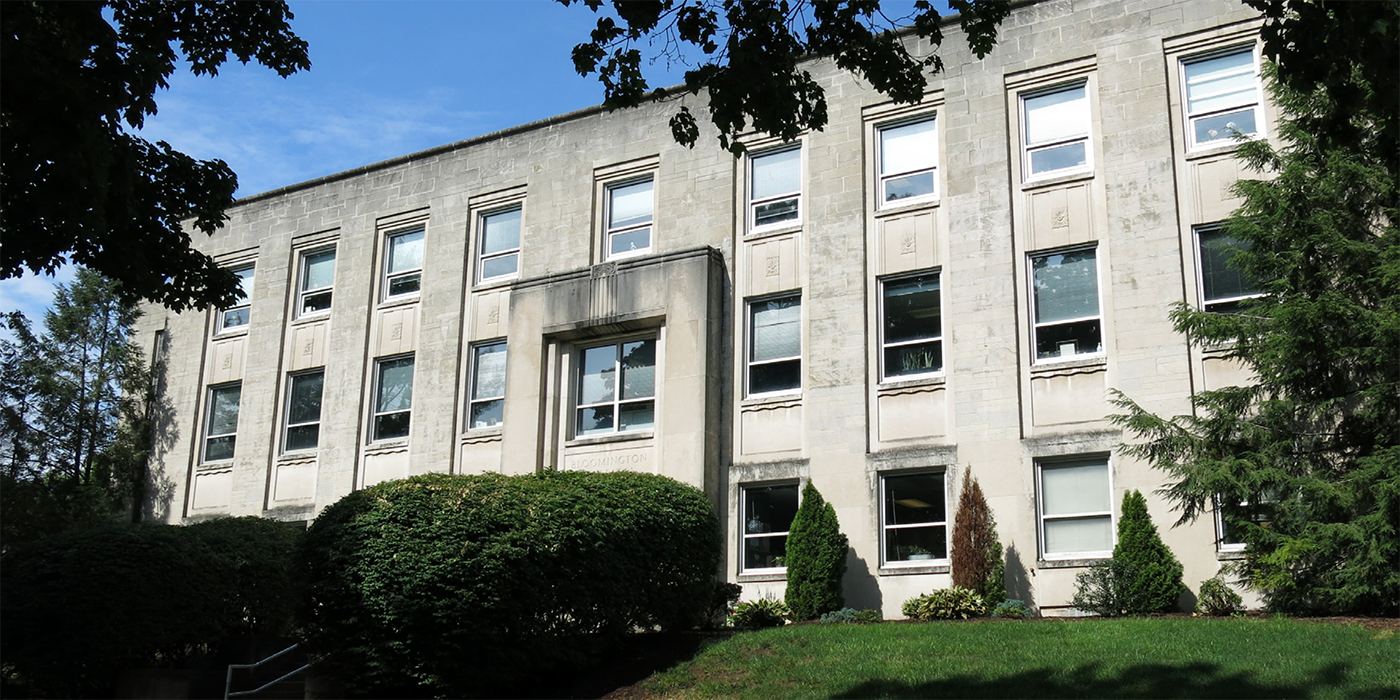 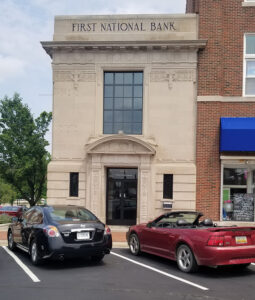 In 2020, the owner of Angola’s 1923 First National Bank (left) installed new windows on the limestone building’s second story without receiving approval from the city’s historic preservation commission. The replacements compromised a character-defining feature of the building recognized in the National Register of Historic Places nomination for the downtown historic district. The City of Angola sued the building owner, and a resulting court order required the owner to put in more appropriate replacements or face hefty fines. Throughout the process, Indiana Landmarks staff advised commission members on design and spoke publicly about the importance of the building’s features as part of Angola’s historic streetscape. The owner installed new approved windows in 2021.

In other communities around the state, Indiana Landmarks stands alongside local preservation advocates and community leaders to lend our support—safeguarding properties from demolition, guiding redevelopment, and bringing attention to heritage.

In Bloomington, Indiana Landmarks helped the local preservation commission secure local landmark designation for the 1947 Kohr Building, the oldest structure at IU Bloomington Hospital’s campus. When officials announced redevelopment plans for the site, we advocated for the designation to help protect the building from demolition as developers consider adapting the campus for mixed-use housing. 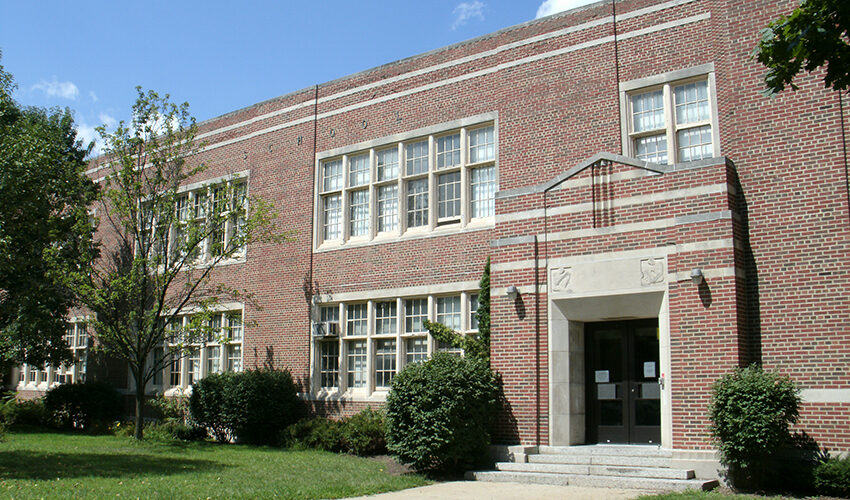 In 2021, we supported a petition to rezone South Bend’s Marquette Elementary School, which would allow the property to be developed as affordable housing. Photo: Historic Preservation Commission of South Bend/St. Joseph County 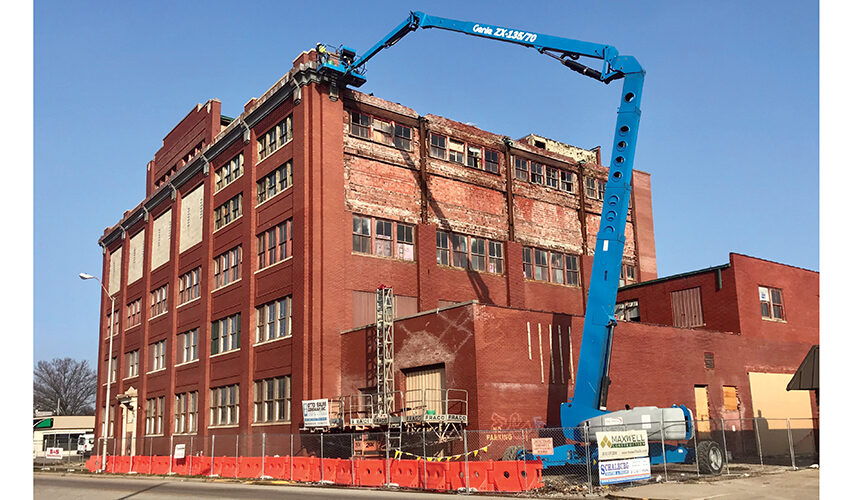 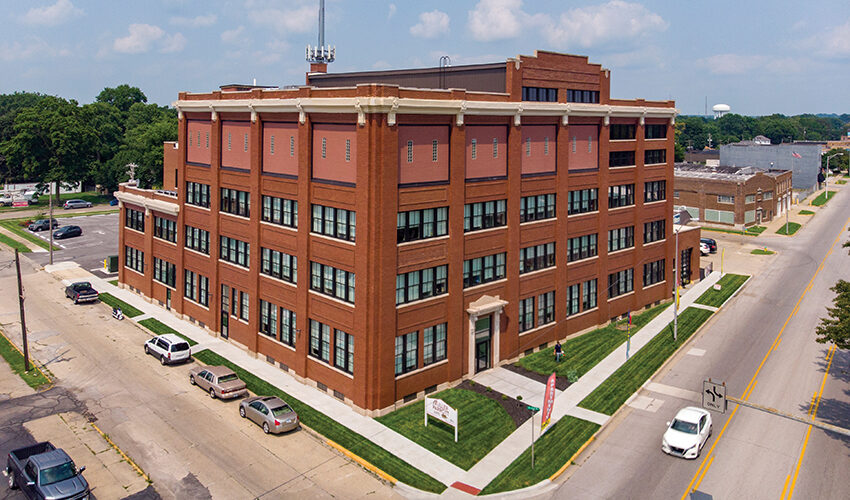 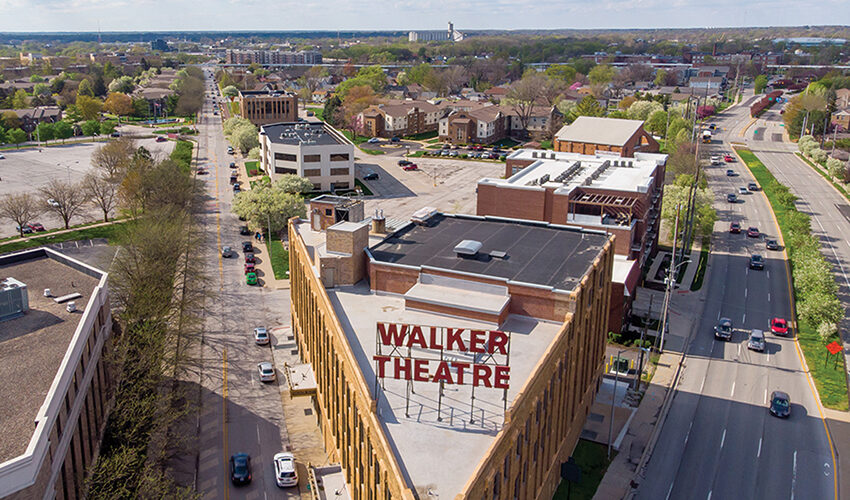 In 2021, we supported the local historic preservation commission’s petition to rezone South Bend’s Marquette Elementary School, a former entry on our 10 Most Endangered list. The city council approved the change in August, a move that would allow the property to be developed as affordable housing. The South Bend Community School Corporation agreed to donate the school to Indiana Landmarks to facilitate the building’s conversion to apartments.

In 2016, when we learned that Terre Haute’s Miller-Parrott Baking Company building would soon become vacant, Indiana Landmarks reached out to developers with a track record of rehabilitating historic landmarks, arranging tours in hopes of sparking interest in adapting the 1915 factory for a new use. We also helped fund nomination of the building to the National Register of Historic Places, qualifying it for federal historic rehabilitation tax credits. Flaherty & Collins partnered with the Sisters of Providence on a $11.7 million redevelopment to transform the building as Miller Parrott Lofts, an affordable housing complex for senior citizens that opened in early 2021.

Along with protecting existing historic places, Indiana Landmarks aids thoughtful redevelopment, providing feedback when proposals for new buildings would diminish the historic character of a district or neighborhood. In 2020, a proposal to tear down a three-story building for construction of a five-story apartment complex in the shadow of Indianapolis’s 1927 Madam Walker Building sparked outcry among neighborhood residents, dismayed that its generic design failed to take into consideration community input or the neighborhood’s heritage. Indiana Landmarks joined a collaboration of heritage preservation and development experts to lead community discussions on how design along Indiana Avenue could spur revitalization while honoring its history. The developer later withdrew its proposal, and we continue to work with local shareholders on a vision for the area’s redevelopment.

Nearby, Indiana Landmarks spoke against the demolition of two historic homes in the Flanner House Homes Historic District, a historically African American neighborhood that includes 180 modest homes built between 1950 and 1959. Through an innovative self-help cooperative initiated by the city’s Redevelopment Commission, African American families, who struggled to secure conventional mortgages in the segregated city, helped build their own homes. More than half are still owned by the builders or their descendants. Supported by a grant from the Standiford H. Cox Fund of the Central Indiana Community Foundation, neighborhood leaders erected signage in September (above) marking the area as a National Register-listed historic district. “We hope it will help raise awareness of the area’s cultural importance for those visiting or considering purchasing property in the neighborhood,” notes Mark Dollase, Indiana Landmarks’ vice president of preservation services.