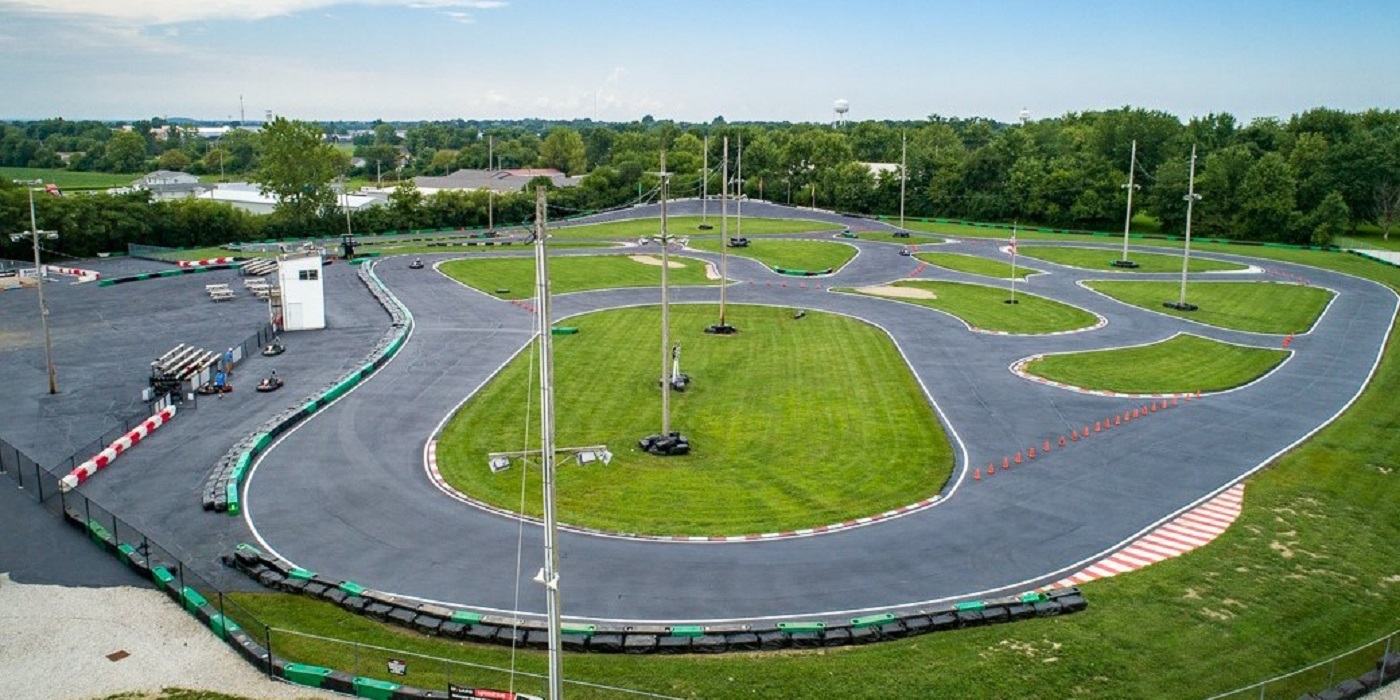 A History of Speed

Johnny Parsons, the son of the 1950 Indianapolis 500 winner, Johnnie Parsons, and a 12-time Indianapolis 500 starter himself, recalls fondly his times there. “It was a blast,” said Parsons. “I was 12 or 13 years old, and racing against other kids that like me dreamed of being race car drivers. Some of us made it. Some didn’t. But the experience I gained there helped me progress in my career.” Other drivers who honed their skills at Whiteland before competing in the Indianapolis 500 include John Andretti, Lyn St. James, and Tony Stewart.

When they laid out the track in the middle of a cornfield on the Hohlt family farm in late 1959, neither Don Hohlt nor William Lutz could have envisioned their little speedway would provide a stepping stone for racing champions, and remain a viable entity over six decades later. Go-kart racing exploded in popularity across the country in the 1950s, and the pair saw an opportunity to add a revenue stream to an already prosperous family business, a music and dance center called the Whiteland Barn. 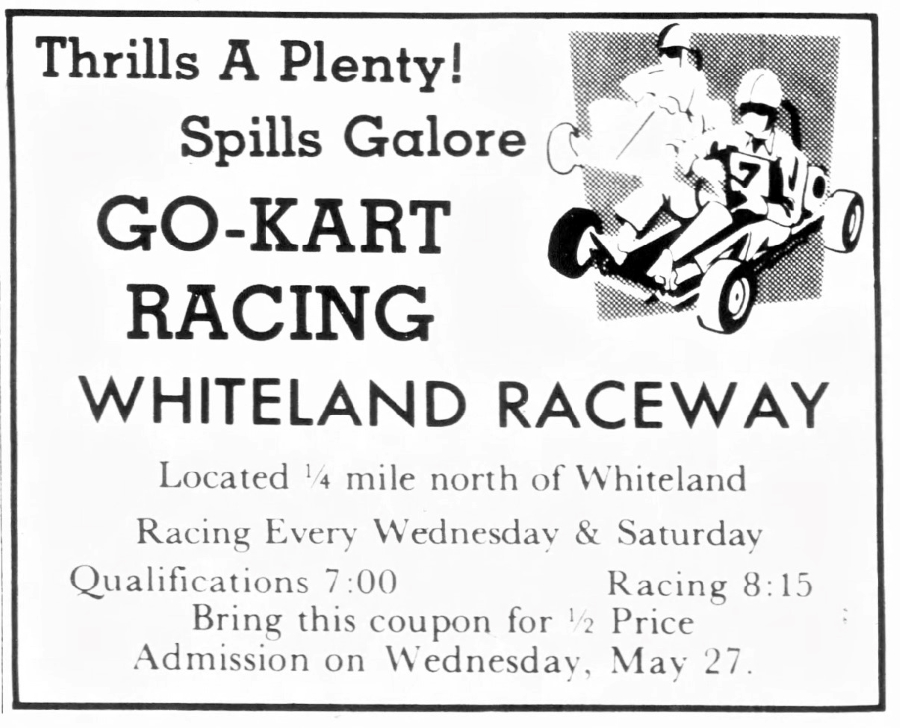 The original track at Whiteland Raceway consisted of an oval joined to a road course, providing a safe racing environment for competitors of all ages. The track opened on May 8, 1960, and quickly became popular. So popular, in fact, that racing events had to be scheduled on Fridays, Saturdays, and Sundays to accommodate the huge numbers of karters. Because of the track’s challenging layout and central location, many Midwest kart manufacturers and engine builders of the time used Whiteland as a test track to develop new products. As karting evolved from Sunday afternoon runs around shopping mall and school parking lots to professionally organized racing events, Whiteland’s renown as a first-class facility attracted karters from throughout the country. The track became the home for many nationally sanctioned events and achieved the status of World Karting Association Master Track.

By the early 1980s, karting’s popularity waned. The facility at Whiteland began to fall into disrepair, passing through several owners until famed sportscaster Gary Lee purchased the site in 1988. Lee made many necessary repairs and upgrades, shifting focus to recreational karting rather than organized racing events.

By 2007, Lee sold the facility to Mike Swails, who made further improvements, but, like Lee, ran out of the resources necessary to maintain the track at a high level. In 2019, Swails received a substantial offer from a trucking company that wanted to turn the property into a heavy equipment storage area. But as the deadline for the deal approached, he hesitated to accept, hoping to see the historic raceway continue as a karting venue. Nearing desperation, Swails made a last-minute call to a longtime friend, Andy O’Gara.

Ironically, O’Gara, who had raced at Whiteland often before pursuing a career as an Indy Car chief mechanic, had recently visited Whiteland with his wife, former race car driver, Sarah Fisher. Their children were becoming fascinated with their parents’ profession, and O’Gara, recalling his own childhood, believed Whiteland to be the ideal spot for them to acquire a taste for motorsports. However, when O’Gara arrived with his family, he was disappointed and dismayed to see the terrible condition of the track.

When Swails called soon after to offer the property, O’Gara and Fisher—with help from their longtime business partners, Wink and Libba Hartman— jumped at the opportunity to purchase the speedway. 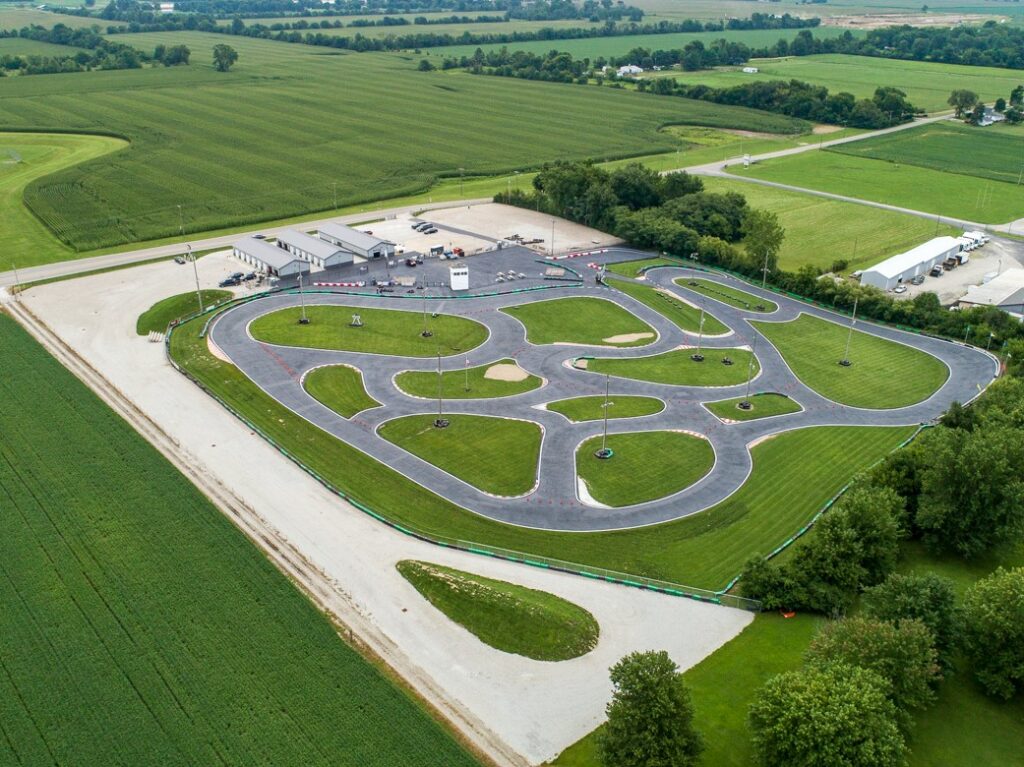 The group has reportedly invested over a million dollars in the operation, making many infrastructure improvements, including replacing, repaving, and adding sections to the track, adding an observation mound, extending the fencing, and building 32 garages available for karters to rent to store their karts securely on site.

Restoring the track was a risky investment, but the public responded enthusiastically. The track’s re-opening event on April 13, 2019, saw 169 racers compete in 18 classes and popularity has only continued to grow.

The original vision Fisher and O’Gara had for a place to inspire the next generation of racing has not only provided an opportunity for other children to get a taste of the sport at its grassroots but has returned a historic Indiana landmark to its former glory.