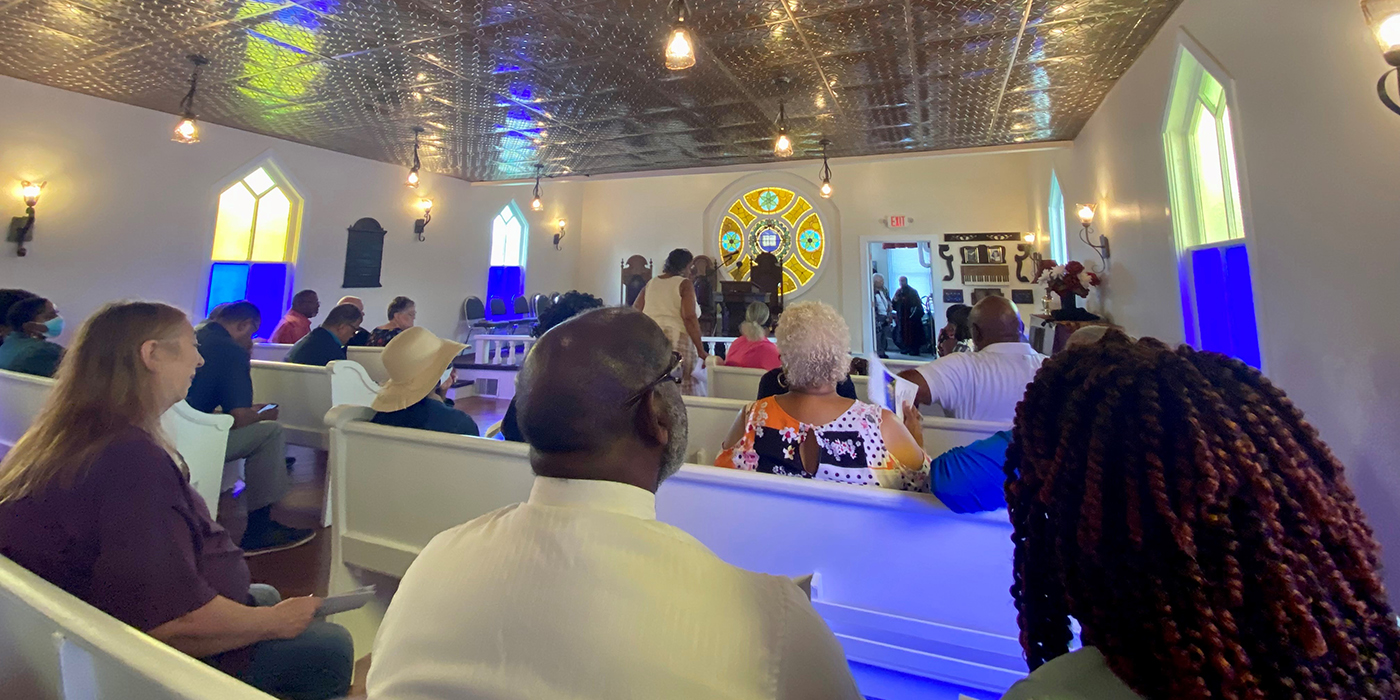 The church has seen a miraculous transformation from its plight in the early 1990s, when the last surviving parishioner of the historically black congregation deeded the property to the West Baden Historical Society. For nearly a decade, the society used the historic church to share the story of the area’s Black community and its contribution in the Springs Valley resort towns. 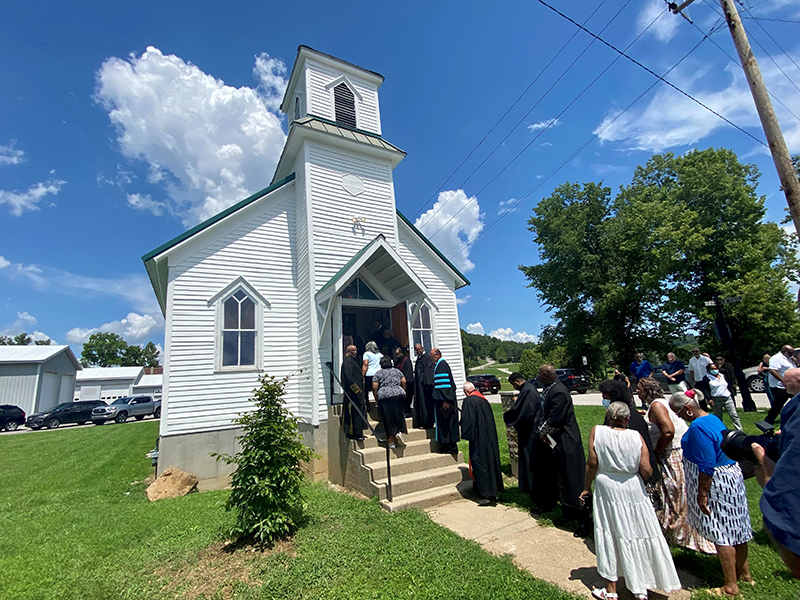 West Baden Springs Hotel owner Lee Sinclair donated the land for the church, a more practical than philanthropic move recognizing the beneficial role such an institution would play in the lives of his workforce—the Black waiters, bellboys and porters recruited to work at the grand West Baden and French Lick hotels. The congregation built a white frame Gothic Revival church in 1920, and during that segregated era, it became the thriving center of Black social and religious culture in French Lick and West Baden.

When the historical society disbanded, it deeded the property to the Town of West Baden, which had no success in selling the building. By 2014 the church’s poor condition landed it on Indiana Landmarks’ 10 Most Endangered list.

Saving angels appeared in the form of a regional group of faith leaders. The Southeastern District Association of the Indiana Missionary Baptist State Convention bought the church from the town council for a dollar and launched an effort to revive the significant landmark. Twice a week, sometimes more often, volunteers from Bloomington’s Second Baptist Church and other congregations made the trek to West Baden to tackle repairs. Outside, they scraped and painted clapboard and helped restore the church’s bell and tower. Inside, volunteers repaired walls and windows, refinished pews, and installed new flooring and updated mechanical systems. A striking 1880s stained glass window from demolished church in Terre Haute now serves as a focal point in the chancel.

On August 7, congregants and community members gathered for a long-anticipated rededication ceremony. “It’s been a long journey, but a labor of love,” said Rev. Dr. Bruce Rose, Pastor of Bloomington’s Second Baptist Church.

“The Lord intended for us to be here and opened doors along the way,” add Rev. Rose, who led the West Baden Church Renewal Project on behalf of the 18-church organization of Missionary Baptist churches in southeastern Indiana.