An Armory Becomes a State-of-the-Art Campus

You can’t miss the Heslar Naval Armory at 30th Street and White River Parkway in Indianapolis. Big and sparkling white, the Art Moderne building has the look of a ship on land, with curved corners, smooth surfaces, and parallel lines that create a streamlined look suggesting speed and movement. Built by the Depression-era Works Progress Administration, the four-story armory opened in 1938 to house Navy and Marine Corps reserve units.

Deterioration happens quickly once a building goes vacant, so when the state developed plans for a new reserve center at the former Fort Harrison on the city’s east side, Indiana Landmarks placed the Armory on its radar. Herron High School also had its eye on the armory, viewing the National Register-listed landmark as the perfect site for a second charter school.

When the new reserve center opened in 2014, the state offered the old armory to other state agencies but got no takers. Following protocol, the state transferred it to the city of Indianapolis, which saw no use for the large vacant building. But Herron High School had a plan for an ideal reuse of the property. What they needed was a qualified nonprofit.

Herron reached out to us, asking us to help buy time while the school raises funds to transform the former armory into a state-of-the-art campus. The city agreed to give the building to Indiana Landmarks, with the stipulation that we commit to its preservation and reuse. We’ve partnered with Herron High School, aided by an anonymous donor with connections to both organizations who underwrote a year of holding costs while we work out the details.

In addition to its stunning exterior, the armory boasts a unique interior, with many features that simulate a ship, including a navigation bridge with signal hoists, a magazine, lights, battle telephones, boiler room, radio communication room, watertight bulkheads, ship’s ladder and galley. The officer’s mess hall overlooking White River has nautical light fixtures including anchor sconces, ship’s wheel chandeliers and others with rare globes etched with a a map of the world.

The armory also boasts a history that will make the high school students proud. Taken over during World War II by the U.S. Department of the Navy, it became a training center for radio operators from 1940 to 1945, and it is believed that important battle-related initiatives were planned in the building.

Indiana Landmarks expects to pass ownership of the armory to Herron High School in 2016, with construction to start immediately on the $7.5 million conversion of the structure. Indiana Landmarks will retain a protective covenant, guaranteeing perpetual preservation of the historic architectural character of the building.

Read more about the Heslar Naval Armory in this article from Indiana Preservation magazine. 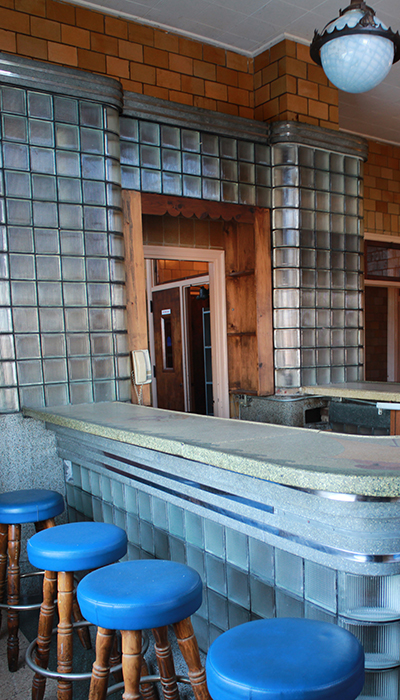 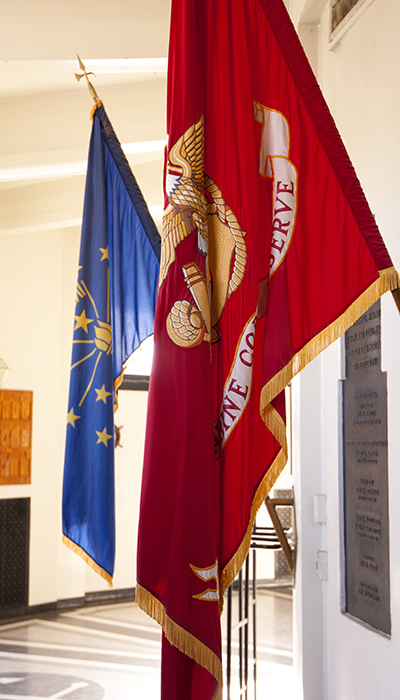