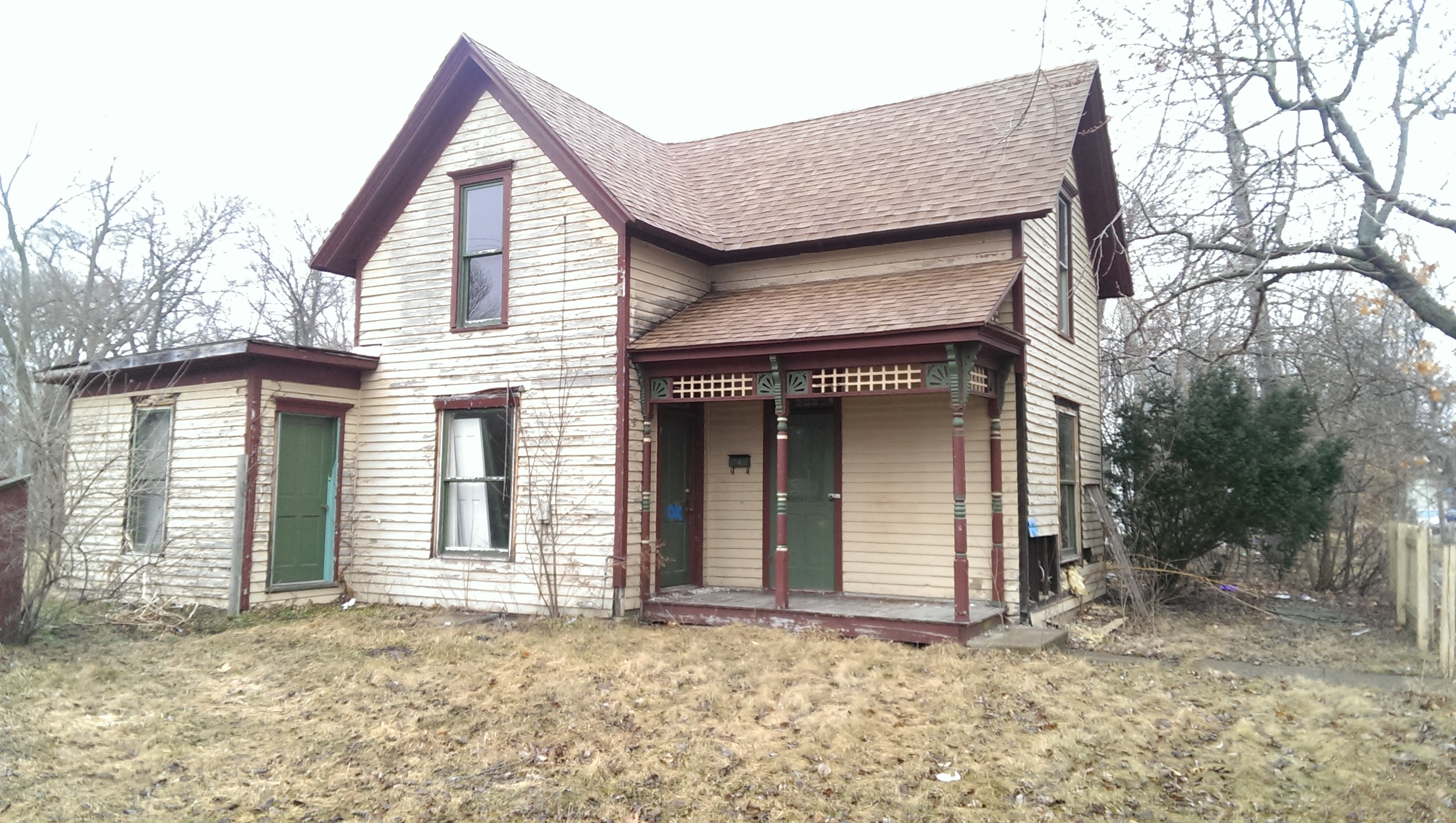 Indiana Landmarks is saving a historic house and tapping into the growing tiny house movement. We rescued the small house in South Bend that had been slated for demolition through the state’s Blight Elimination Program. In partnership with Ball State, Indiana Landmarks surveys all houses targeted for destruction with Blight Elimination Program funds, looking for historic places that should be saved instead.

The house at 607 Leland Street, South Bend is being restored in a three-property collaboration with the Near Northwest Neighborhood, Inc. (NNN, Inc.) and Habitat for Humanity. The city of South Bend agreed to remove the demolition order and donate the little house to Indiana Landmarks, an adjacent house to NNN, Inc., and a vacant lot to Habitat.

Habitat will construct a new two-story home sympathetic to the neighborhood while NNN will rehab a large old residence as affordable housing. When we’ve restored it, Indiana Landmarks’ cottage will feature an open floor plan living and dining area, a large kitchen, two bedrooms, and a bath and a half.

The project taps in to the trend of people moving to revitalizing urban areas and living in a smaller footprint, reducing their energy consumption and conserving resources in a host of ways. The near northwest neighborhood is an area on the upswing, a good time for young people to buy and see appreciation of their property value.

Indiana Landmarks tapped our Efroymson Family Endangered Places Fund to acquire and rehab the house, money that we’ll replace in the fund when the property sells. For more information about the project contact Todd Zeiger, 574-232-4534 or tzeiger@indianalandmarks.org. Watch for opportunities to tour the house this summer.