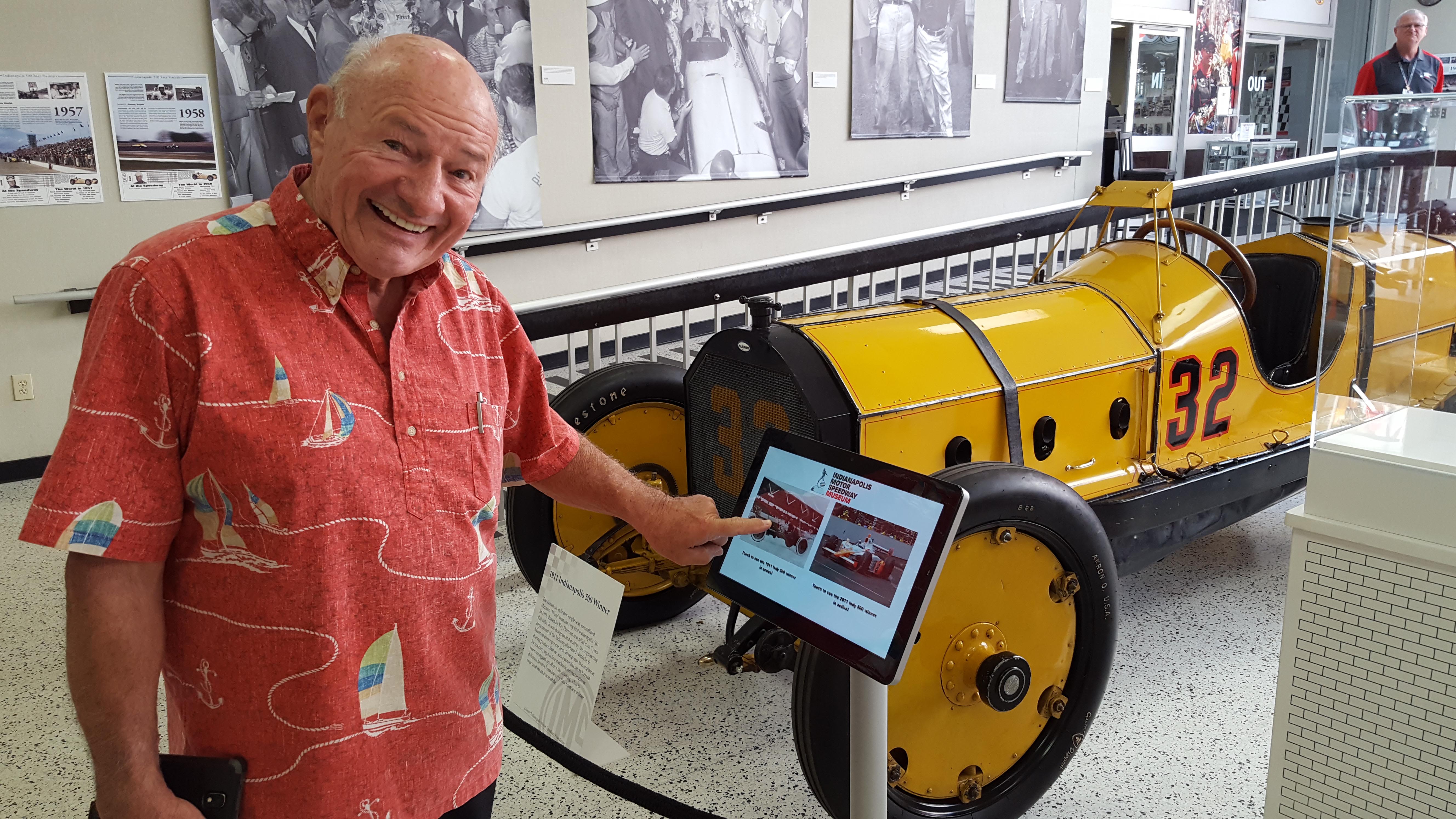 Visitors to the transformed Indianapolis Motor Speedway Museum can use new touch-screen tablets to explore more about the cars on display. © IMS Photos
POSTED ON October 26, 2016 BY Indiana Landmarks | Indiana Automotive Landmarks

After 60 years of providing visitors from around the world the chance to see some of the most legendary cars in the history of the Indianapolis 500, as well as vehicles from other racing venues, a modern makeover is underway at the Indianapolis Motor Speedway Museum.

The first domino fell early in 2016, when “Hall of Fame” was dropped from the official title of the Museum.

The new, more streamlined Indianapolis Motor Speedway Museum name can be found on the redesigned logo and new website: www.indyracingmuseum.org. Fans can also follow the museum on Twitter (@IMSMuseum) and Facebook (facebook.com/imsmuseum) to see rare photos from the Speedway archives and stay up-to-date on upcoming events.

Another major change was unveiled in May, when 6,000 additional square feet of exhibit space, formerly occupied by offices, opened to the public. In addition to allowing the museum the opportunity to display more of its historic collection, the expanded area overlooks the infield, offering visitors views of the Pagoda, road course, and golf course.

Two new major exhibitions are on the way in late 2016 and early 2017. In honor of Indiana’s Bicentennial Celebration, Indiana Automobiles: Precision Over Production, will celebrate legendary Hoosier-built automobiles, such as Stutz, Duesenberg, Studebaker, and Marmon. More than 35 historic, Indiana-built passenger cars will be exhibited, some never before displayed. Indiana Automobiles: Precision Over Production, runs December 6, 2016, to March 26, 2017.

In addition to the Hoosier-built passenger cars, a number of the most famous Indiana-built race cars will be on display, including Speedway founder Carl Fisher’s 1905 Premier. “This exhibit focuses on Indiana’s early, widespread automotive industry, which spurred the development of acres of farmland into the world’s largest sporting facility. Lessons learned at ‘The Greatest Race Course in the World’ made their way into these outstanding passenger cars, which offered enhanced performance and safety,” said Betsy Smith, executive director of the non-profit Indianapolis Motor Speedway Foundation, which operates the museum.

In April, another exhibit is sure to rev-up race fans, as the legendary A.J. Foyt will be honored on the 40th anniversary of his record-breaking fourth Indianapolis 500 win.

The exhibit honoring “Super Tex” will bring together the legend’s four “500” winning cars, as well as trace his rise from the midget tracks of the Midwest to fame as one of the most recognizable athletes in the world. 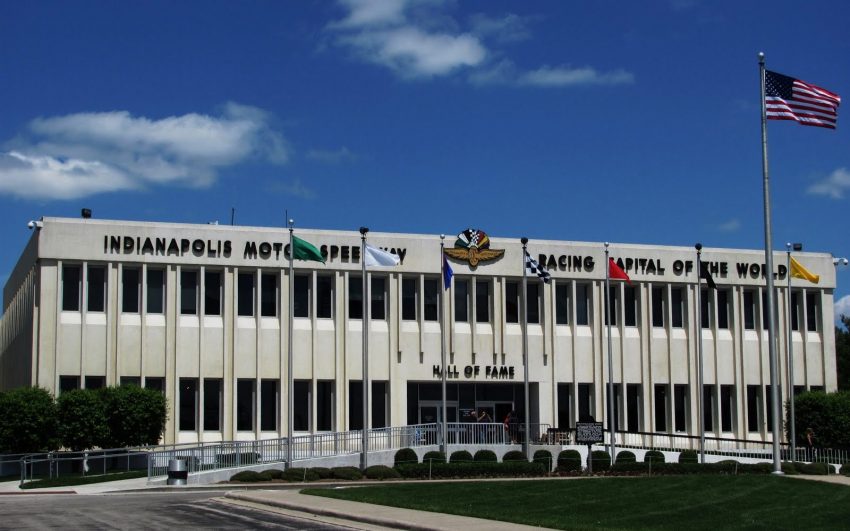 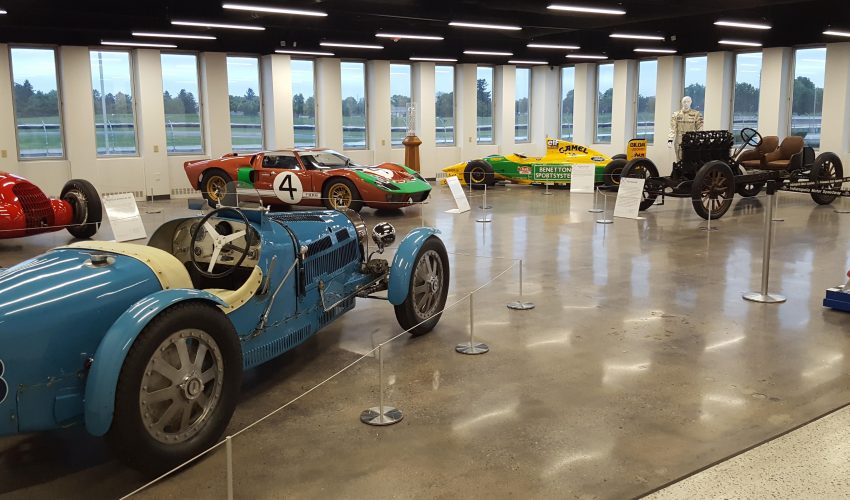 The new exhibits and integration of technology are just the first part of a long-range, aggressive push to transform the displays in the 40-year-old museum, with a major facility expansion in the future dependent on funding.

The mission of the museum is to celebrate more than a century of the innovation, thrill, and adventure of motor racing at the Indianapolis Motor Speedway. The IMS Foundation, a 501(c)(3) non-profit organization steered by a highly engaged board, relies on revenue from museum admissions, tours and events, and charitable support.

To that end, a new membership drive is underway, offering fans a chance to help the cause while also earning special perks, including, for the first time, guided tours of the famed museum basement now available for fans who join at the highest level.

For more information on how you can become a member, go to www.indyracingmuseum.org/membership.