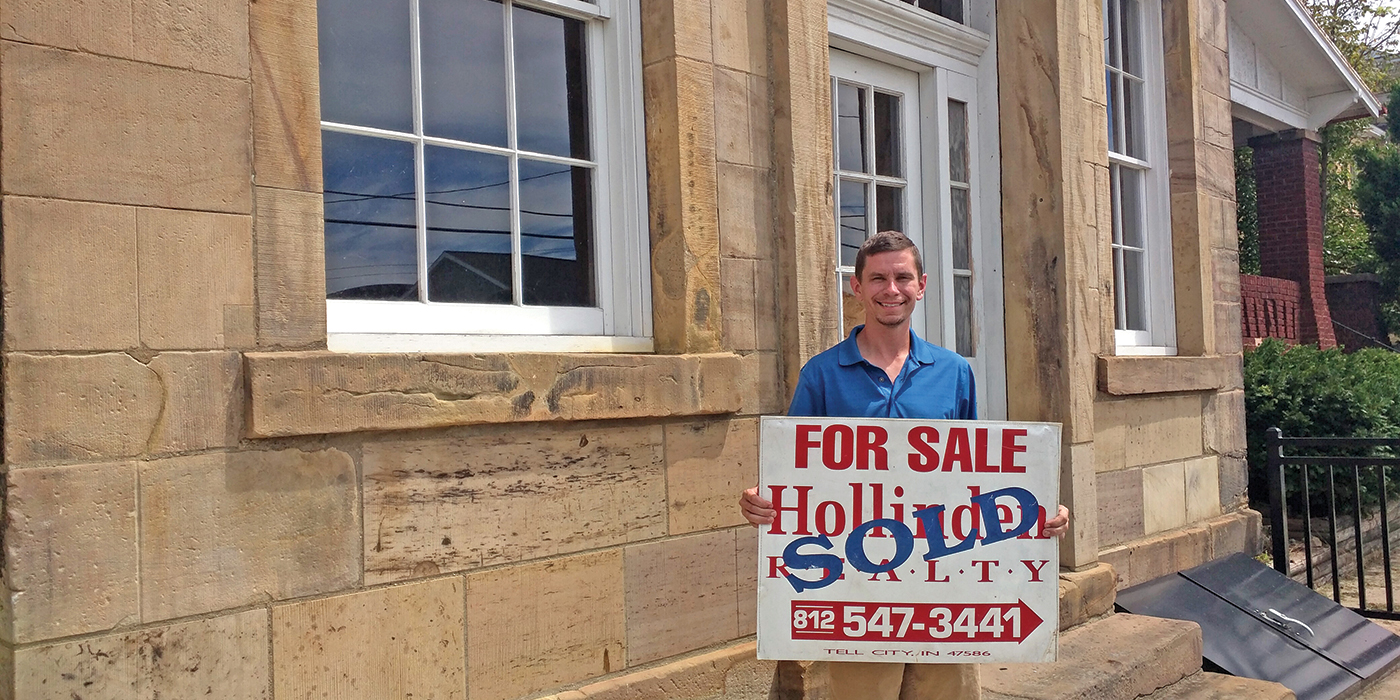 Indiana Landmarks seeks buyers that share our vision for historic gems that need polishing. It took years, but we found the right fit for Cannelton's sandstone Heim-Haury House in realtor and rehabber Chris Cail.
POSTED ON February 9, 2017 BY Indiana Landmarks | News

It takes practice and a little imagination to see potential in an old building with peeling paint, holes in the roof and crumbling chimneys. Indiana Landmarks’ staff has the experience and creativity to assess dilapidated structures and envision them restored and repurposed.

In Dupont, not far from Madison, we found the diamond-in-the-rough Butler-Lewis House. Built in 1847, the Greek Revival-style house was hidden beneath ivy, its yard long-since overtaken by nature. Indiana Landmarks rescued it from abandonment and a looming tax sale, fixed the roof and chimney and cleaned up the clutter.

The improved exterior drew the notice of Mark Hopkins, a Miami resident who had been searching the web for a historic home to restore as his residence. We sold him the house for $25,000, with an unrestored interior. “Greek Revival is my favorite style. There’s just something about these little temples,” says Hopkins. “Even though it was a wreck, it is the most beautiful little house.” 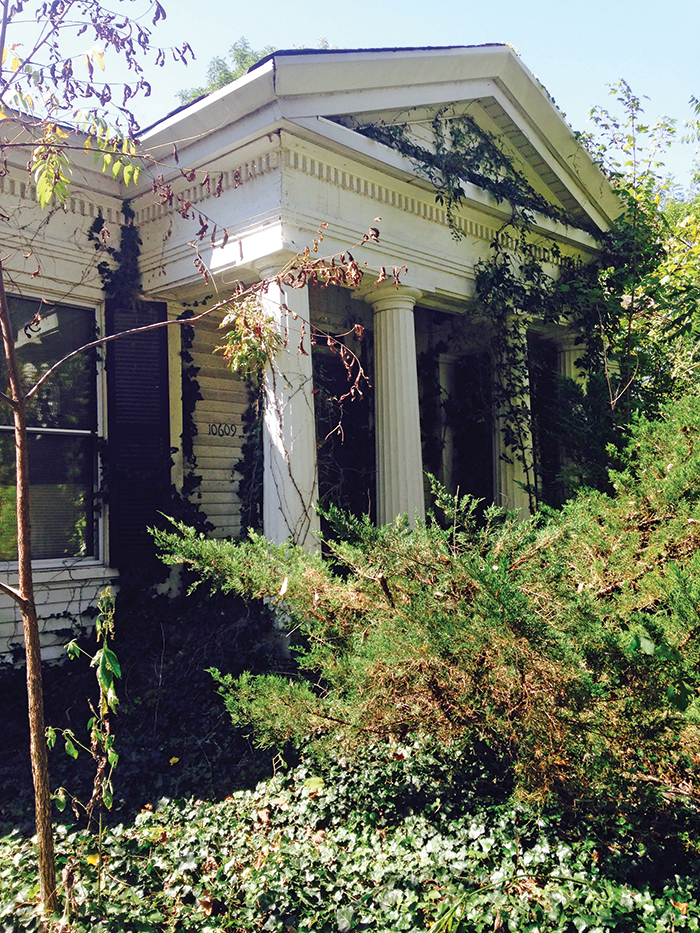 Indiana Landmarks tamed the overgrowth, fixed the roof, and removed interior debris to reveal the hidden character of the 1847 Butler-Lewis House in Dupont. 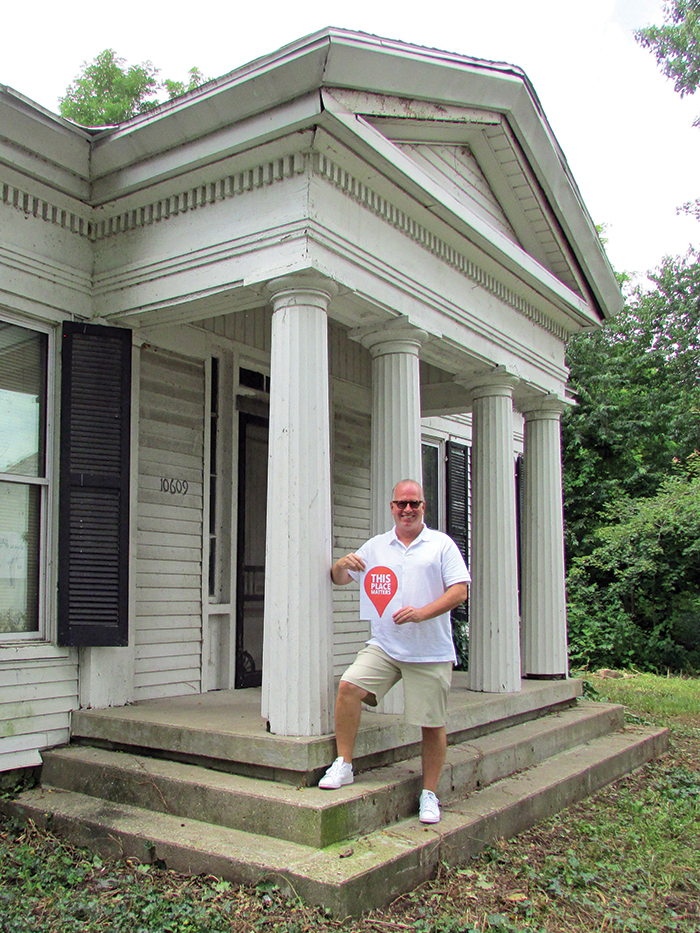 We listed the Greek Revival house and caught the attention of Florida resident Mark Hopkins, who'll restore it as his home.

Chris Cail wears a lot of hats in Tell City in southern Indiana – small business owner, city council member, old property rehabber, and realtor. He was showing one of our properties in Cannelton when it struck him – why didn’t he just buy the building himself? Indiana Landmarks had rescued the c.1845 sandstone Greek Revival-style townhouse years ago, installed a new roof and new wooden windows, and repaired the foundation and floor systems. In August 2016, we finally sold the property to Cail who’ll rehab the interior as either an upscale Airbnb rental or housing for corporate executives.

Tonya Wetzel and Scott Rhodes are experienced historic house flippers, but when they saw the c.1870 Captain James Duffy House in Jeffersonville, they wanted it for themselves. Indiana Landmarks bought the property in 2014 following a foreclosure when it looked like a parking lot might be its future. We put on a new roof, repaired siding and soffits, and restored windows before listing it for sale. Taken by the grand staircase, tall ceilings, and views of the Ohio River, couple bought the house from us for $115,000. “The whole house is fantastic. We’re excited to see some life in it again,” says Wetzel. 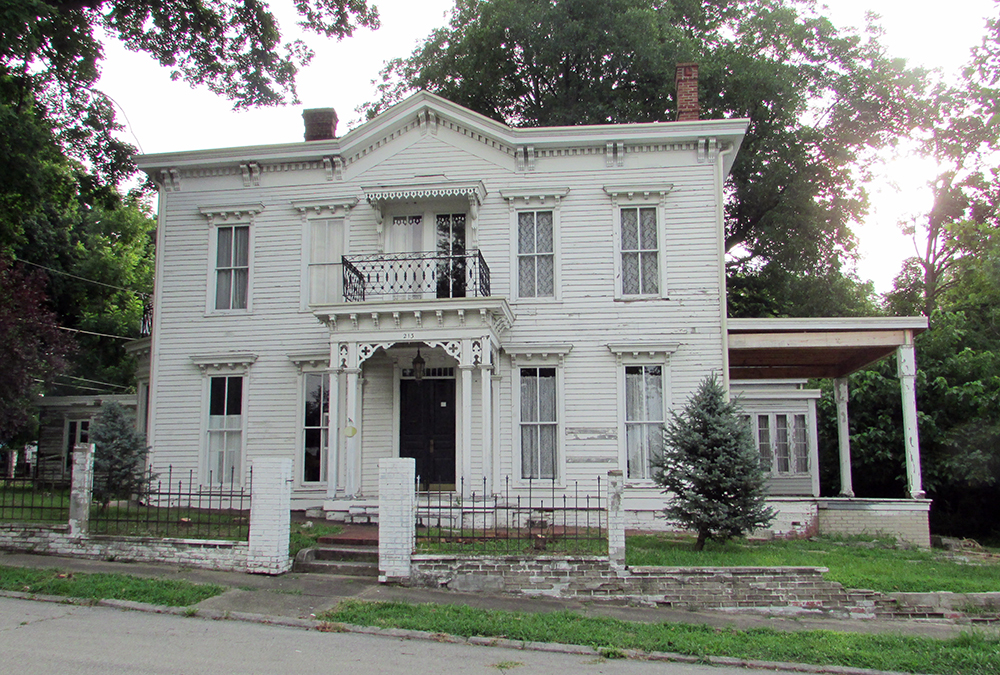 Tonya Wetzel and Scott Rhodes bought the Captain James Duffy House in Jeffersonville with plans to restore it as their own home.

Even though they count Oklahoma City as their year-round residence, attorneys Mary Beth and Michael Guard are proselytizers for New Harmony. The couple became regular fixtures of the town after Mary Beth’s mom moved there in 2013. “We went through all the stages of New Harmony,” says Mary Beth. “First we thought, ‘What a nice town. I feel so relaxed when I’m here.’ Then, ‘I wonder what the houses go for.’ The next thing you know, we’ve bought a house built in 1900.”

Then the Guards started looking at the town’s commercial buildings. Indiana Landmarks had just finished restoring the exterior of the 1915 Odd Fellows lodge, a vacant distressed building on a corner that was dragging down the main street in the National Historic Landmark town. A 2013 grant from the Efroymson Family Fund launched the project.

In January 2016, the couple bought the building, which they’re rehabbing for Mary Beth’s kitchen goods and gifts store. “The building is just so compelling, right on Main Street in an anchor spot in town,” says Mary Beth. Exactly why we bought it. 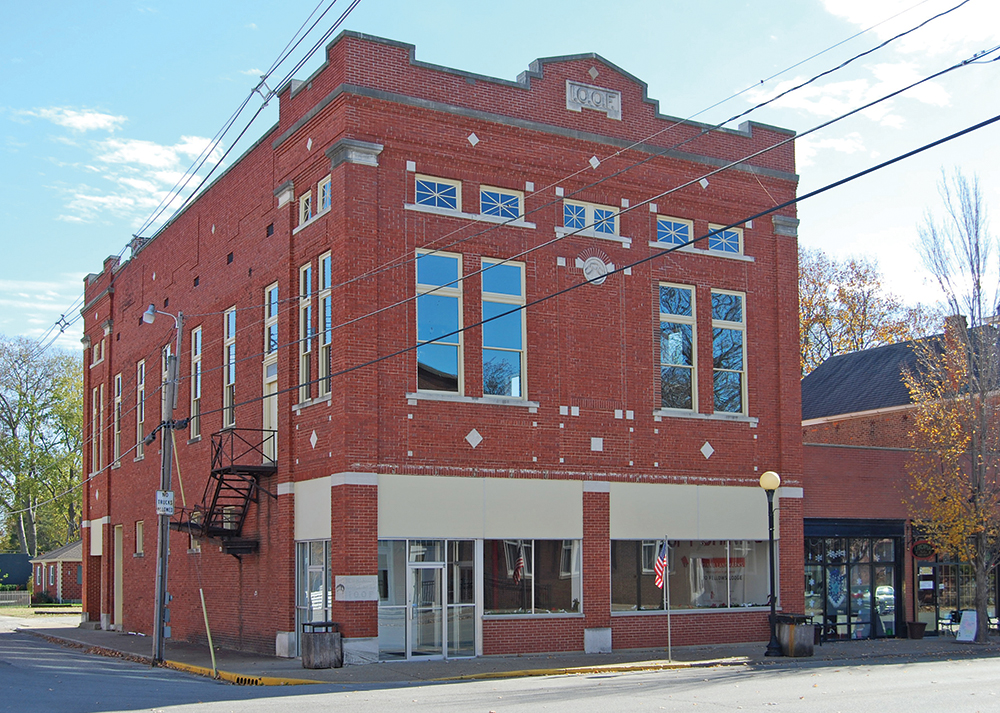 Built in 1838 to exploit trade along the Whitewater Canal in Metamora, the Martindale Hotel was vacant and deteriorating when Indiana Landmarks acquired it and restored the exterior before putting it on the market. The spruced-up façade caught the eye of tinsmith Dave Bower, who had worked in the building with other craftsman and artists more than a decade ago.

Bower bought it from us in November 2015, and is following preservation guidelines for restoration. He plans to install a bed and breakfast upstairs and a small tavern downstairs, where servers will dress as the tavern staff did in the nineteenth century. 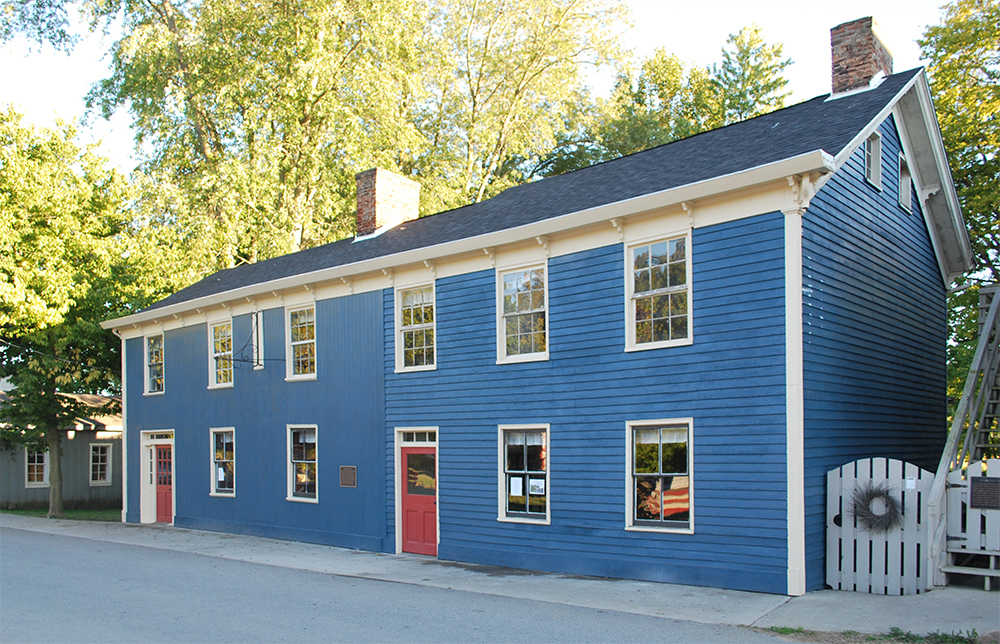 “This place was never touched, remodeled, or ruined. It’s its original self inside. That’s what I like best,” says Dave Bower of the Martindale House Metamora.

In the past year, Indiana Landmarks also sold properties in Indianapolis and New Albany. Find more historic properties on the market in the For Sale section of our website. And don’t forget, you can advertise your own properties for sale there, too!