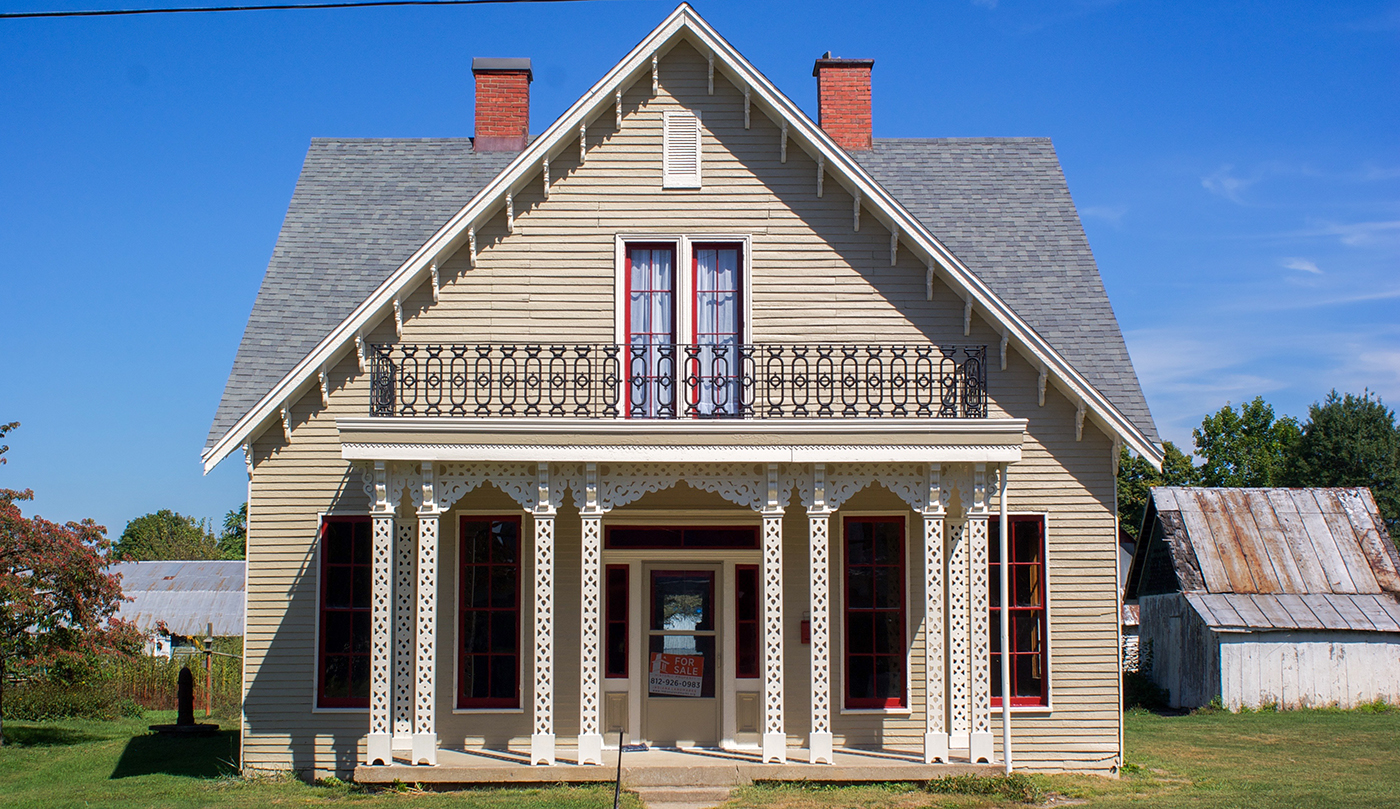 The Rumpe House derives its name from the family who inhabited it for more than 80 years, beginning in 1901. Inside, the house remains remarkably untouched by modern alterations. Tilly Rumpe remained in the home until the 1980s and introduced few of the amenities we take for granted today. Tilly never installed a furnace, air conditioning, or the indoor plumbing most people expect. A hand pump in the kitchen provided the only interior access to water.

After sitting vacant for the subsequent decades, the house fell into disrepair. Broken gutters caused water damage on the front porch, including the picturesque gingerbread trim. When the home went on the market with the lot valued higher than the house, Indiana Landmarks bought the house to save it from demolition. With help from a generous grant from the Efroymson Family Foundation, we repaired the structural damage, rebuilt the intricate gingerbread porch, restored the original windows, applied new paint, and installed a new roof. 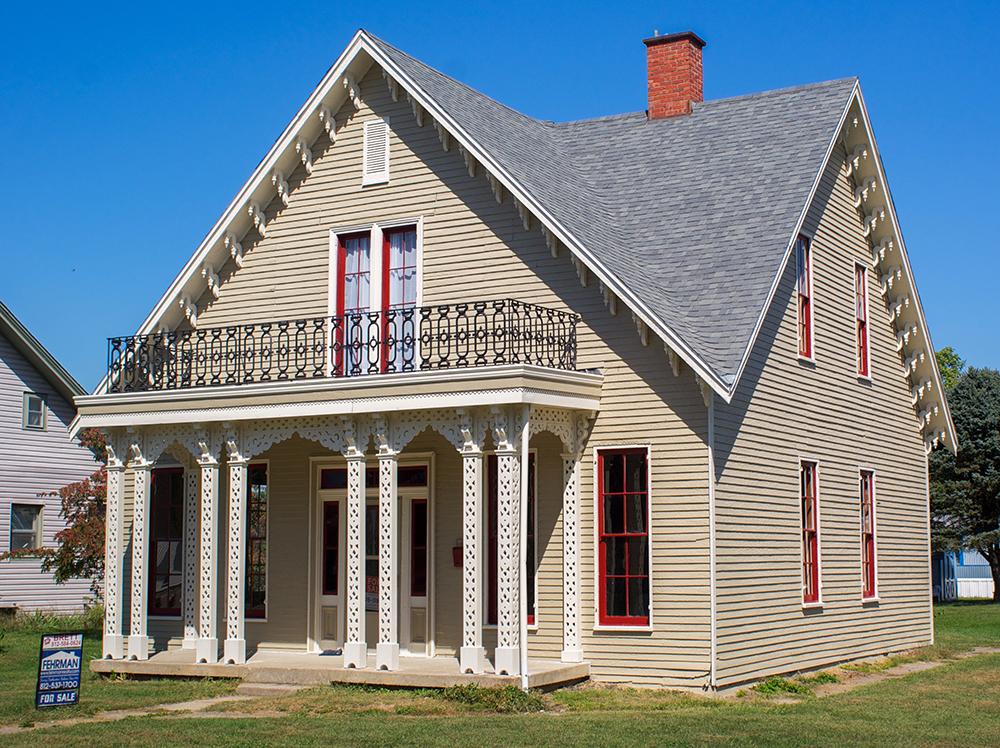 The Rumpe House exhibits remarkable original character. While some would-be buyers might view the house as a daunting challenge, it also offers a rare opportunity to install efficient, environmentally responsible electrical, HVAC, and water systems. Extensive faux-graining on the windows, doors, trim, and even the floors still retains its shine. Such blank slate opportunities don’t often present themselves in historic houses. 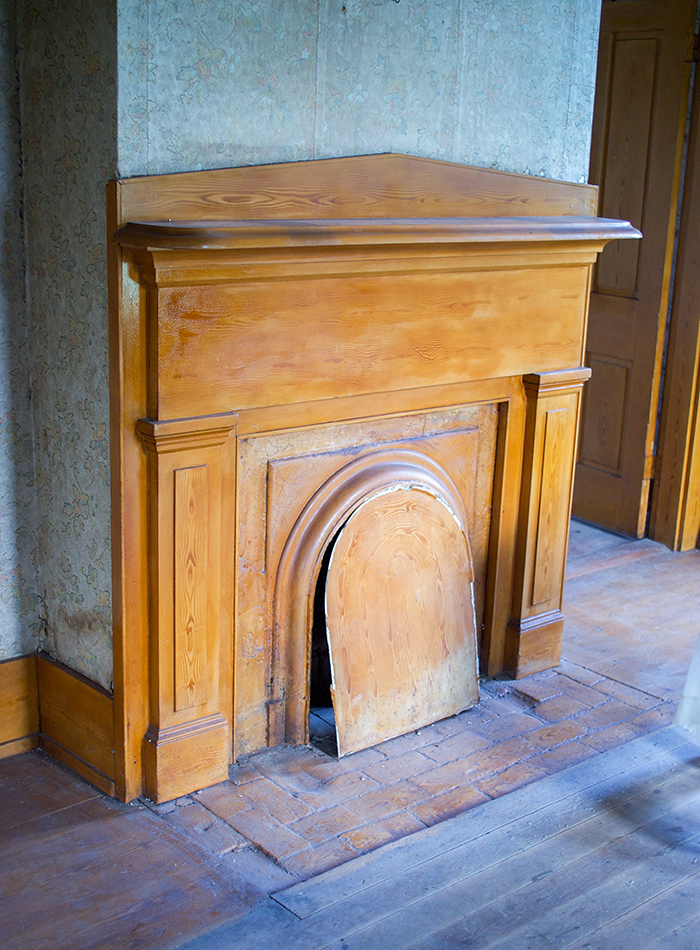 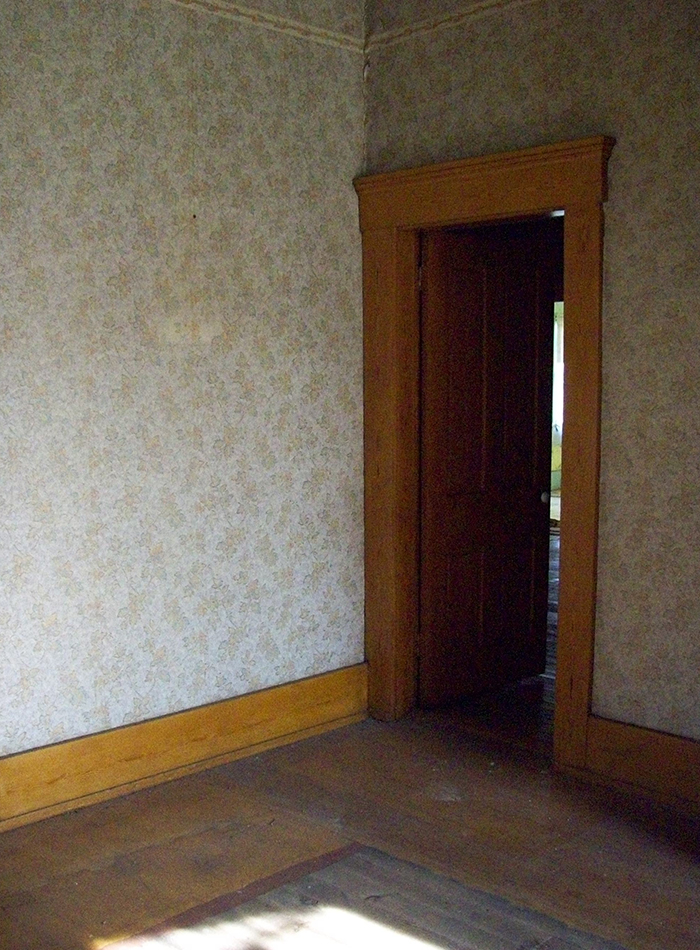 Indiana Landmarks is selling the house for $45,000. The home will be sold with a protective covenant covering only the exterior. If you or someone you know is interested in owning this charming example of Rising Sun history, call 812-926-0983 or email jholbrook@indianalandmarks.org.