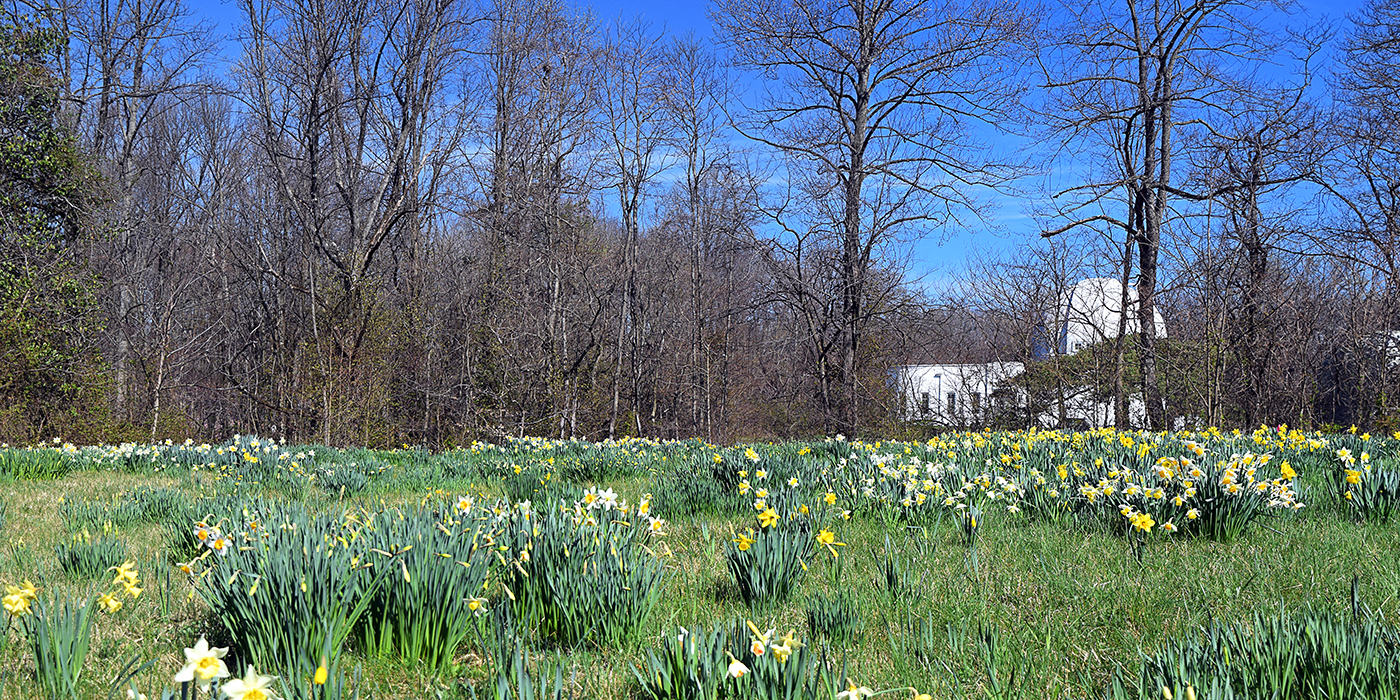 A Star is Born

Goethe Link was often called a Renaissance man. A surgeon and a founder of the IU School of Medicine, he was also an expert naturalist and aeronautics buff. He must not have spent much time sleeping because he was also an astronomer. He was such an avid stargazer that in 1939 he built an observatory at his country house in northwest Morgan County.

Link’s 5,000-pound telescope rests under one of the nation’s largest wooden observatory domes. The white frame building also includes a library, darkroom, 50-seat auditorium, observation deck and control room, kitchen and sleeping quarters. Clearly, this was a serious passion for Link. Researchers at the Link Observatory discovered more than 100 new asteroids. He gave the observatory to Indiana University in 1948 but continued to live next door until he died at 101 in 1980. 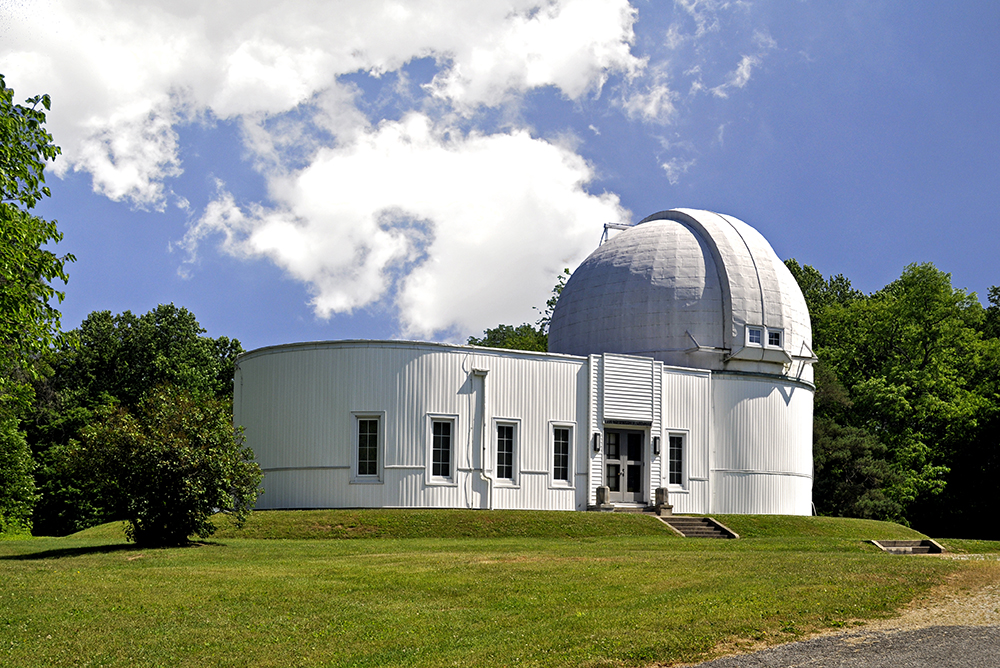 While Goethe hosted astronomers by night, his wife Helen planted daffodils by day; nearly twenty acres of them—more than a thousand varieties, including many hybrids she created. The daffodils still draw a crowd when the flowers are in bloom, typically in April.

Light pollution—and Indiana’s unpredictable weather—make star and planet gazing a challenge at the observatory today, but the 5,000-pound telescope still finds regular use in the right conditions. No longer primarily used for scientific research, the observatory hosts regular lectures and stargazing events organized by the nonprofit Link Observatory and Space Science Institute.

You can look through Link’s telescope on the first Saturday evening of each month for night sky viewing and the second Thursday of each month from 9:00 am until 3:00 pm for daytime views.

Learn more about upcoming programs at the observatory at www.linkobservatory.org.

Members of the Indiana Daffodil Society and the Morgan County Master Gardeners Club staff the grounds each weekend in April. For more information and directions, visit www.visitmorgancountyin.com.