Indiana Landmarks announced today that it has scheduled predevelopment work on Delphi’s Monon High Bridge in preparation for taking ownership of the railroad span from CSX. The railroad requires the work before it will give the 1891 bridge to the nonprofit preservation organization. CSX vacated the span in 1987. Indiana Landmarks included the High Bridge on its annual 10 Most Endangered list in 2016.

“We have to do a land survey and a soil study to verify that there is no environmental contamination before we take title to the bridge,” said Tommy Kleckner, director of Indiana Landmarks’ Western Regional Office. “As soon as we have title, we’ll repair the deteriorated stone and iron pier—one of the bridge’s main supports—that caused us to list it as endangered,” he added.

He reported that Indiana Landmarks will erect a temporary chain-link security fence at the north end of the bridge with gates that will allow access for construction equipment. A sign on the fence will warn against trespassing until the refurbished bridge opens as part of the city’s trail system, a long-time goal of the Wabash & Erie Canal Association, Heartland Heritage, Inc., and Deer Creek Township.

“We began working with our local partners to acquire the Monon High Bridge back in 2012,” notes Indiana Landmarks’ President Marsh Davis. “Last year they appealed to us to acquire the bridge from CSX because no local entity could afford the liability, given the deteriorated condition of the pier. Our board weighed the risk and the importance of the High Bridge and voted to save the bridge. We expect to have the title by the end of June, when we’ll move quickly to rebuild the pier and address the cause of the deterioration,” he added. 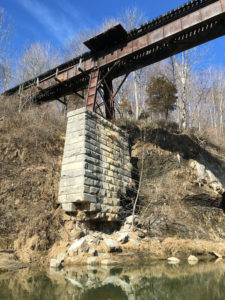 The preparatory steps and the repair are expected to cost $121,000. CSX is contributing the bridge and nearly a half-mile of land on the approach. Indiana Landmarks is fronting the money for the repair and hopes to recover most of the project cost through grants.

As soon as the repairs are made, Indiana Landmarks will transfer ownership of the bridge to Deer Creek Township, which has received a grant from the state’s Department of Natural Resources to cover the cost of renovating the bridge for safe use as a trail amenity and improvements to extend the trail to the bridge. The township expects to enter into a lease with Heartland Heritage, Inc., a local nonprofit, to maintain the bridge in its use on the trail.

“While the High Bridge has been a popular destination for generations, including the period when it carried trains, it has never been considered a safe structure for pedestrians. This project will temporarily close off access in order to make it a much safer place for people of all ages to enjoy,” said Carroll County Sheriff Tobe Leazenby. At 63 feet above Deer Creek, it is believed to be Indiana’s second highest bridge after the Tulip Trestle near Bloomfield in Greene County.

Carroll County is known for preserving more than 30 historic bridges for vehicular and pedestrian uses. It imported and restored the 1914 Freedom Bridge, discarded by another county, to carry a trail across the new Hoosier Heartland Highway. “More visitors to the area have requested the Delphi Historic Trails map and brochure than any other brochure from the Carroll County Chamber and Tourism Office,” according to Julia Leahy, executive director of the chamber.

“After Indiana Landmarks rebuilds the pier, the township’s work will not only make the High Bridge safe for pedestrians, it will create a breathtaking public overlook in an inspiring natural setting,” says Deer Creek Township board member David McCain. 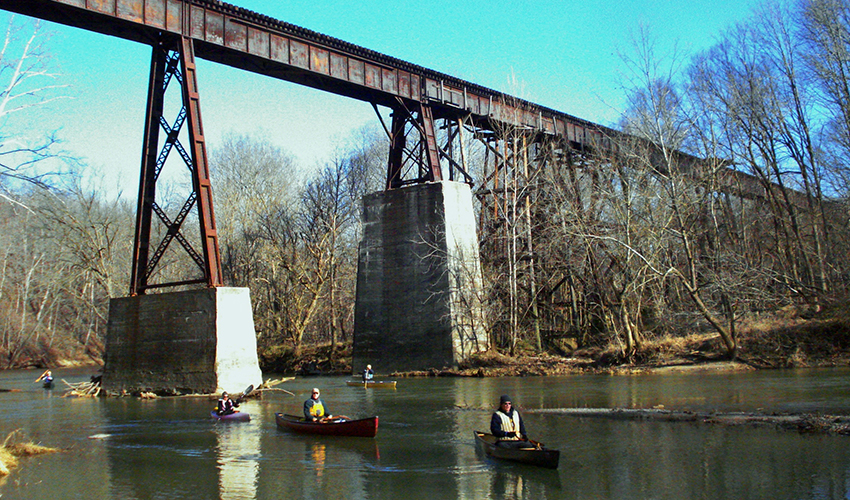 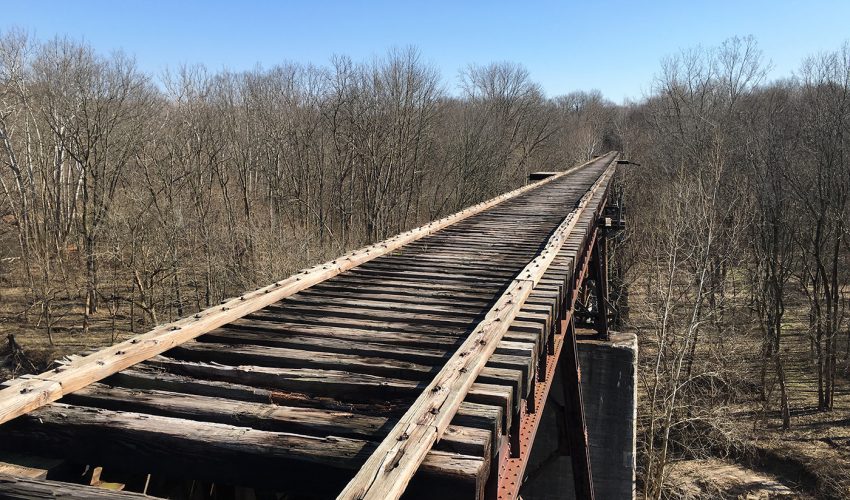 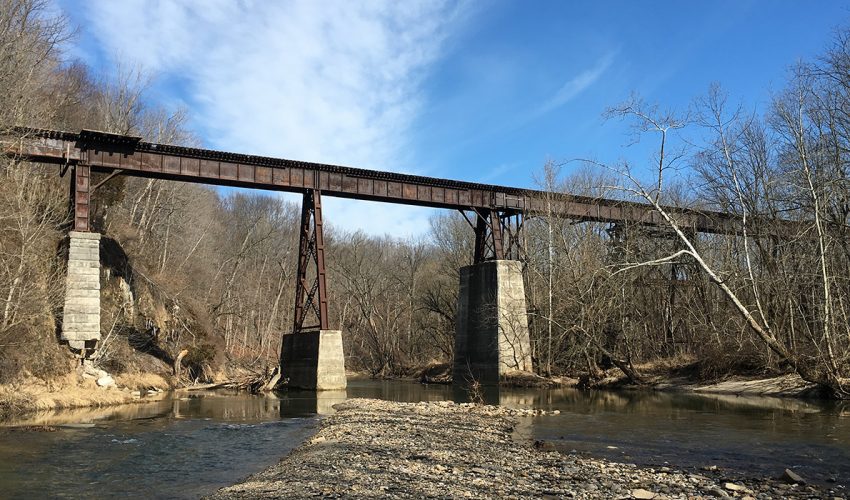