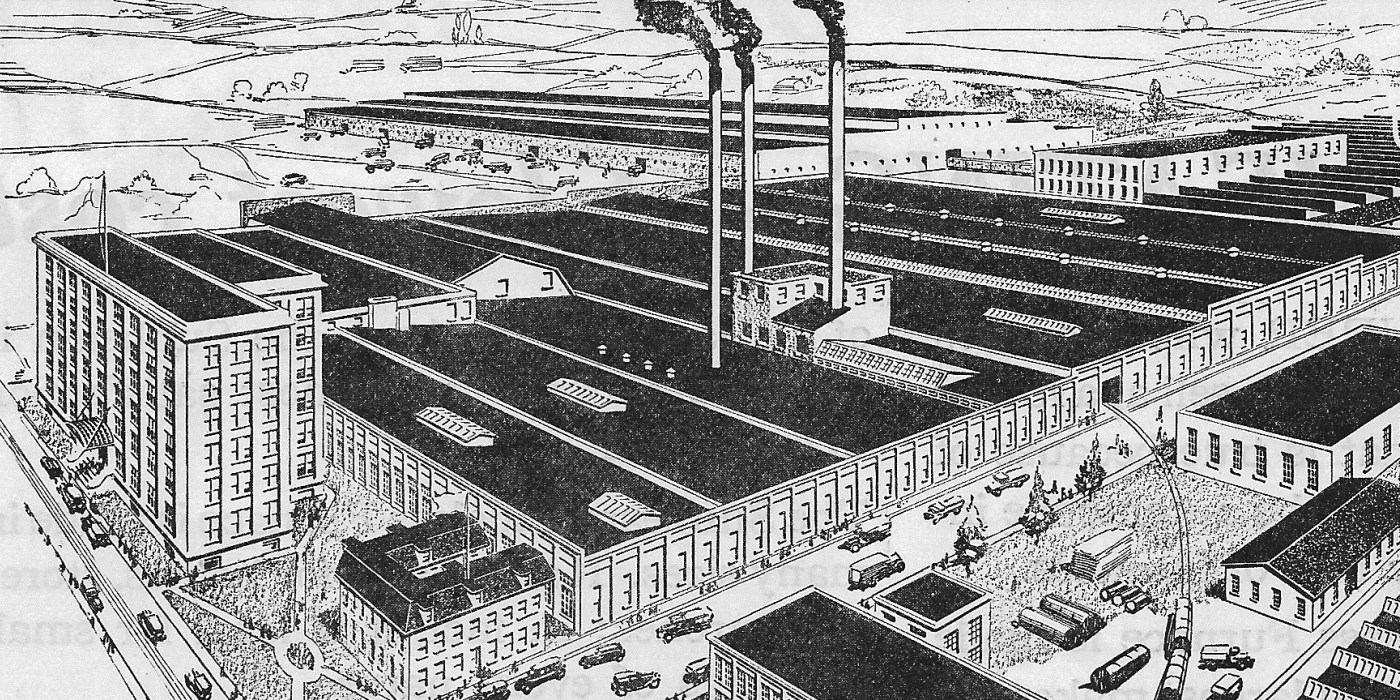 POSTED ON May 18, 2017 BY Indiana Landmarks | Indiana Automotive Landmarks, News

A Company Built on Invention

When we think of the titans of early automotive history, we are apt to recall Ford, Fisher, and Firestone. But Sylvanus Freelove Bowser? Not so much. Nevertheless, he’s an Indiana inventor who played a critical role in automotive history.

A native of Fort Wayne and founder of S. F. Bowser & Company, Bowser invented the automobile gas pump. In the early years of motoring, rather than stopping at what we know today as gas stations, consumers had no choice but to buy gasoline at the local coal yard or lumber company. The product was poured from a steel drum into a marked glass jug, then transferred to the car’s tank via funnel. For drivers, gassing up could be messy at best and dangerous at worst. Bowser invented a better, safer, more convenient method.

S. F. Bowser founded his company in 1885 to dispense kerosene, widely used at the time for lighting and cook stoves, and about ten years later constructed his first prototype of the modern gas pump. By 1905, he introduced the “Self-Measuring Gasoline Storage Pump” which quickly found favor with the motoring public. The pump was mounted on a metal drum that was enclosed by a wooden box. This apparatus was referred to by a Bowser employee as a “filling station,” a term still in use today. By the mid-teens, Bowser’s company was the established leader in quality fuel pumps both domestically and abroad.

It was at this time of rapid growth that Bowser commenced the construction of a new corporate office. The site, the 1300 block of East Creighton Street in Fort Wayne, already contained a sprawling complex of manufacturing buildings. The massive corporate office, completed in 1917, contained 60,000 square feet of space on six floors, the exterior mimicking early Chicago skyscrapers. 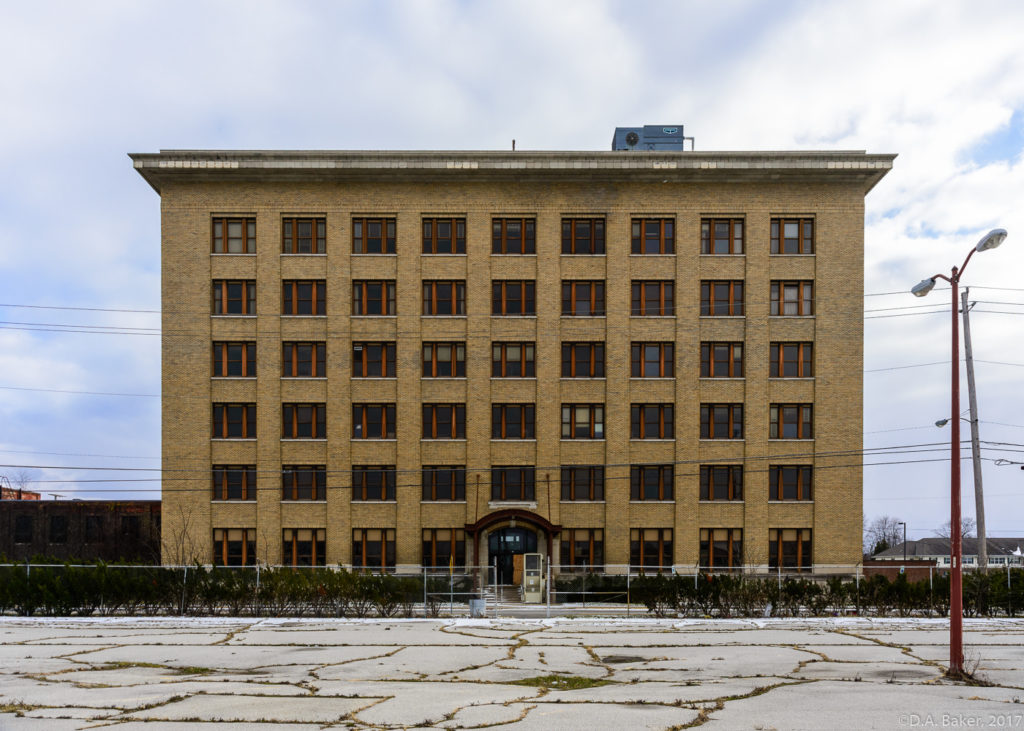 The interior conveyed the same quality of design and workmanship. A wide expanse of polished terrazzo floors led office staff to a bank of elevators at the rear lobby. An open stairwell finished with an ornate bronze balustrade connected all the floors. Individual offices with thick oak doors and finished with bronze knobsets lined the upper corridors

The outer walls of the offices were wood paneled with an upper glass sash that allowed natural light into the inner hallways. The top floor contained primarily a large space for corporate gatherings topped by a barrel vault ceiling, with an adjacent commercial kitchen. 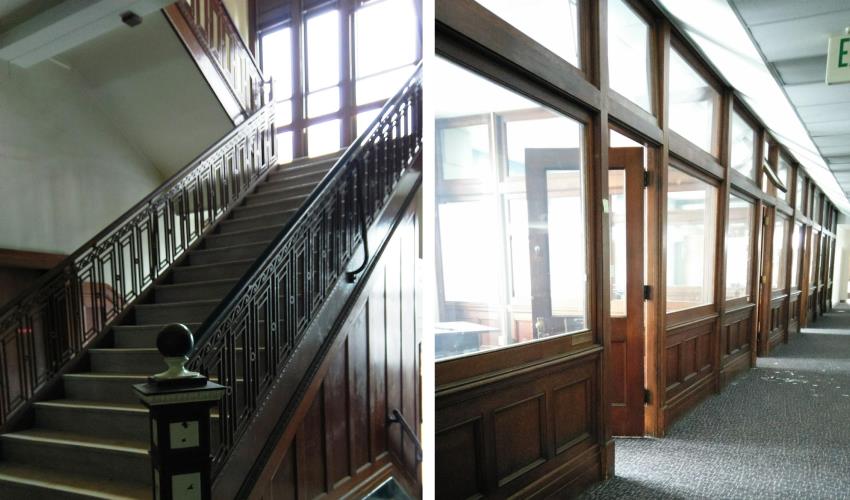 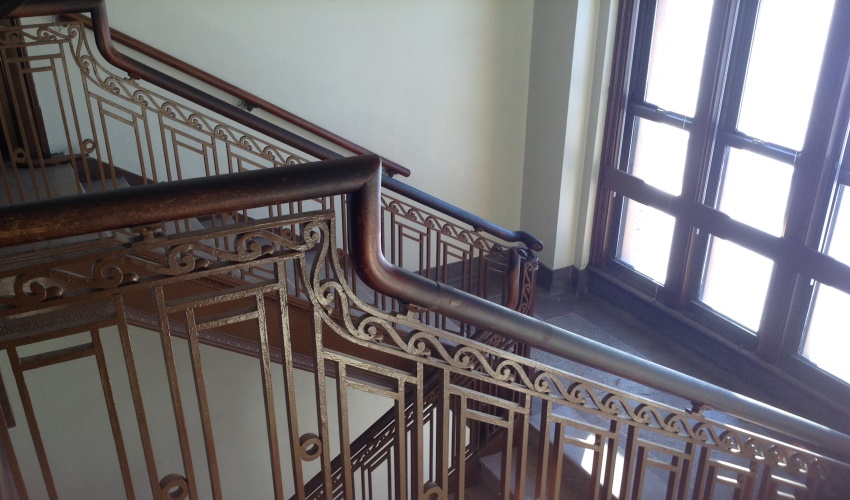 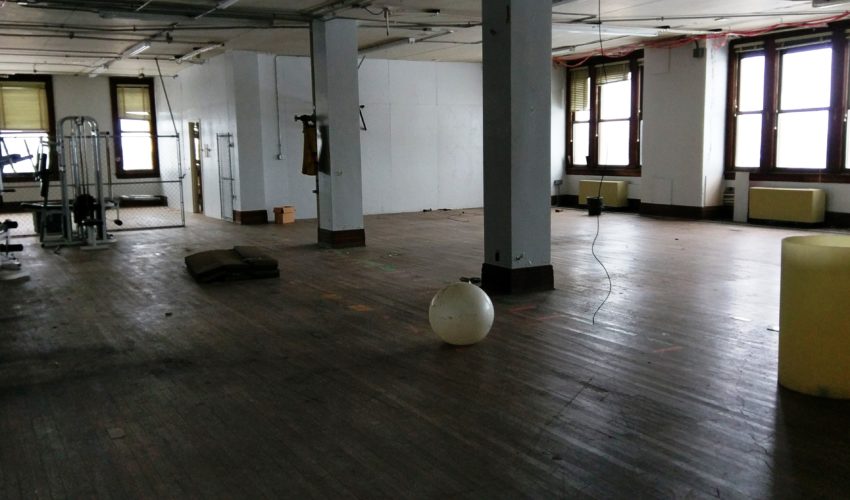 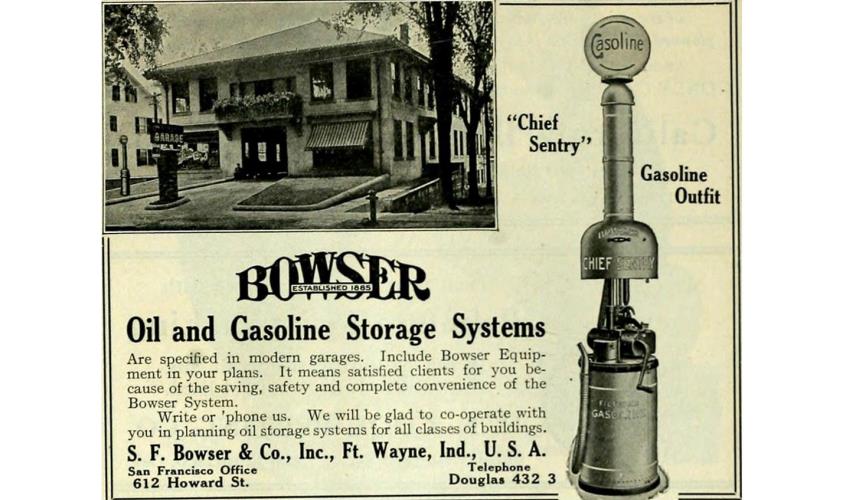 On October 3, 1938, S. F. Bowser passed away, but the company that bears his name maintained its presence on Creighton Avenue for many more years. Ownership of the complex was acquired in 1965 by Dale W. McMillen, Sr. who leased the property to the Phelps Dodge Company for the next 30 years. In the late 1990’s, a fire destroyed the majority of the manufacturing plant but spared several smaller buildings and the corporate office.

For a number of years, the Fort Wayne City Police department occupied the main building, leaving in 2012. The McMillen Foundation, the present property owner, applied for approval from the City of Fort Wayne to demolish what remains of the complex as part of plans to sell the property. The city granted approval and site clearance began in March. Unfortunately, Indiana Automotive was not aware this remaining Bowser landmark was seriously threatened until demolition plans were already too far down the track to stop. 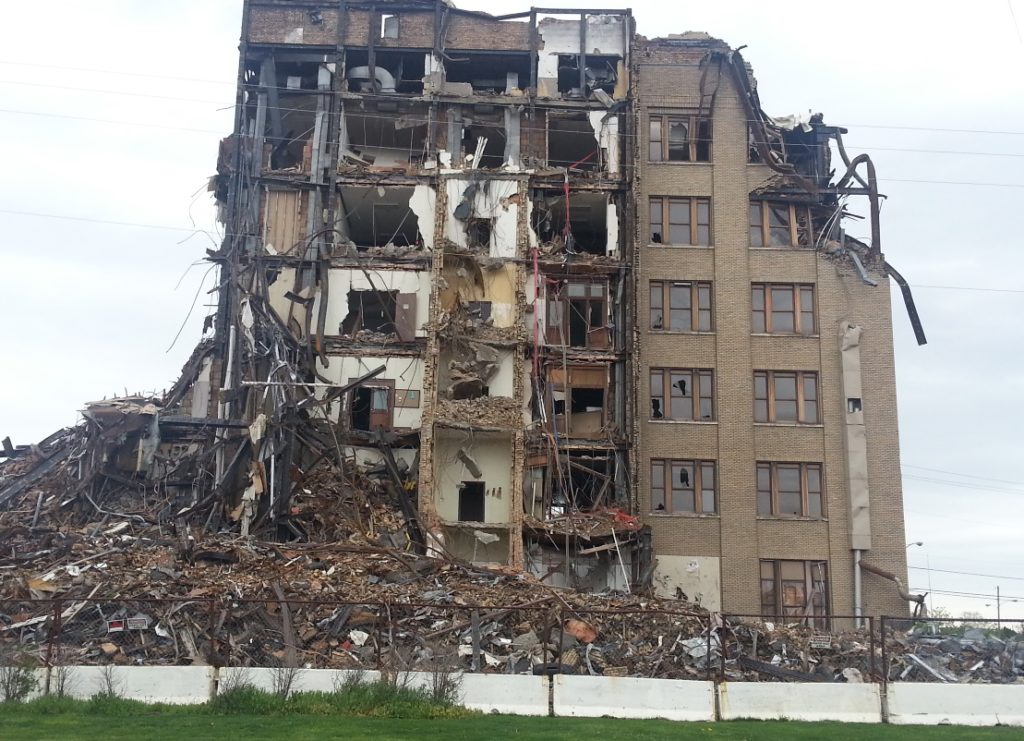 Long-time neighborhood resident and community activist Donita Mudd brought the building to our attention last fall. “I see how preservation of old buildings has transformed our downtown area and I would like to see that in my neighborhood. This building was built to the highest standard in its day. It would be a complete waste to send this monumental structure to the landfill,” she noted. We agree, and Indiana Automotive implores our members to let us know early of important auto landmarks in jeopardy. A head start greatly improves our chances of success.

In Fort Wayne today, the only reminder of Bowser’s legacy is a street named in his honor. In parts of Europe and Australia, however, people still refer to a gasoline pump generically as a “bowser.” 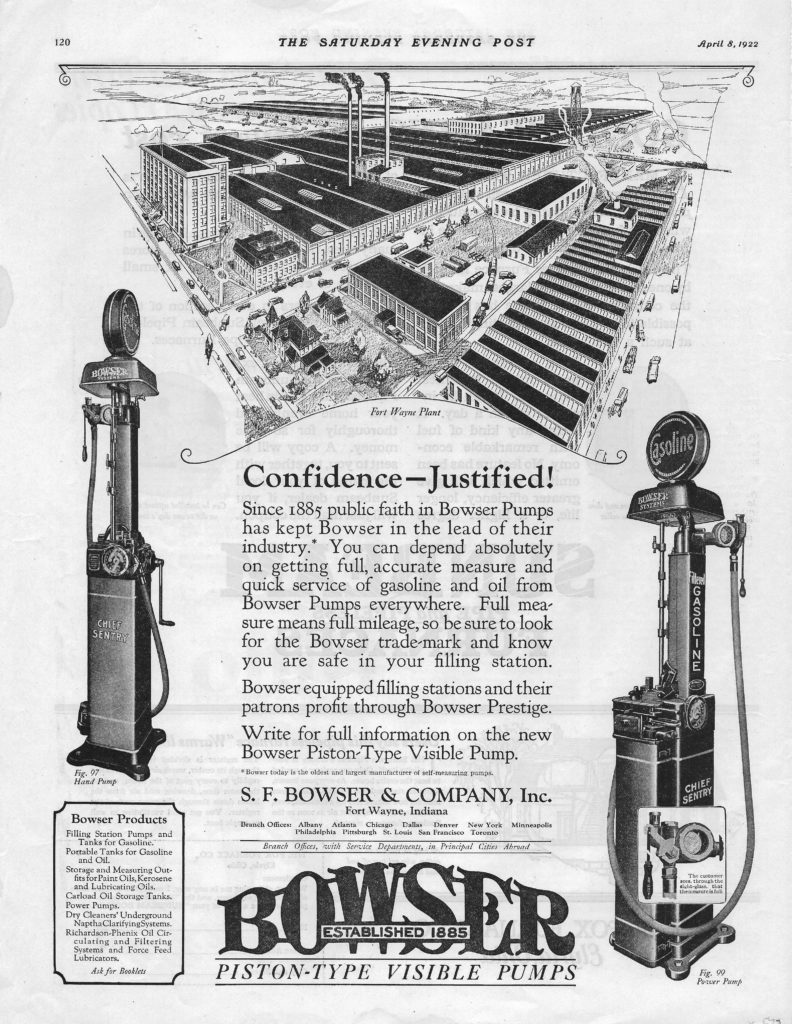