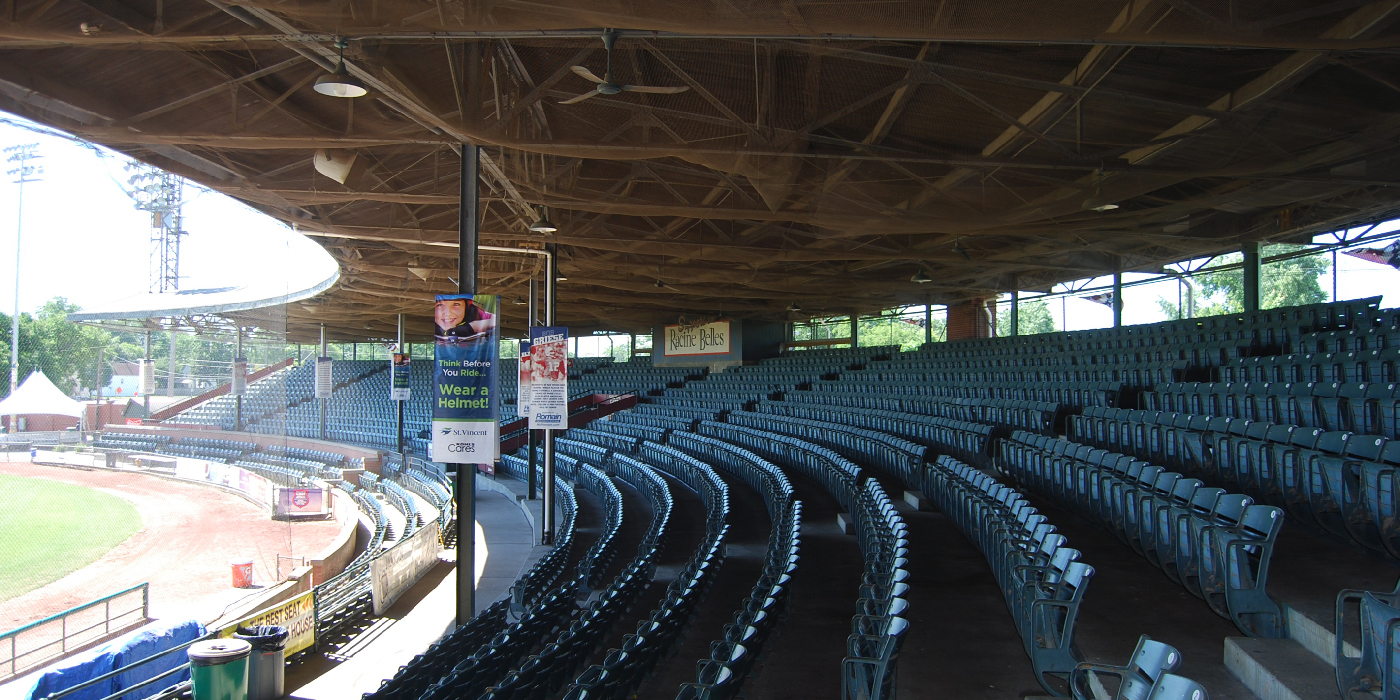 Owned by the Evansville Vanderburgh School Corporation (EVSC) since its construction, Bosse Field was the first municipally owned sports facility in the United States. It is the third oldest baseball stadium in the U.S., surpassed in age only by Boston’s Fenway Park (1912) and Chicago’s Wrigley Field (1914).

When the stadium opened on June 17, 1915, the City of Evansville declared a holiday and staged a parade. Factories and stores closed so everyone could participate.

Throughout its 102 years, Bosse Field hosted many local athletes who later achieved fame, including football quarterback Bob Griese and baseball’s Don Mattingly. The ballpark itself won celebrity as a location for the 1992 film “A League of Their Own.” Today, Bosse Field hosts the independent Frontier League’s Evansville Otters, and high school games and other events. 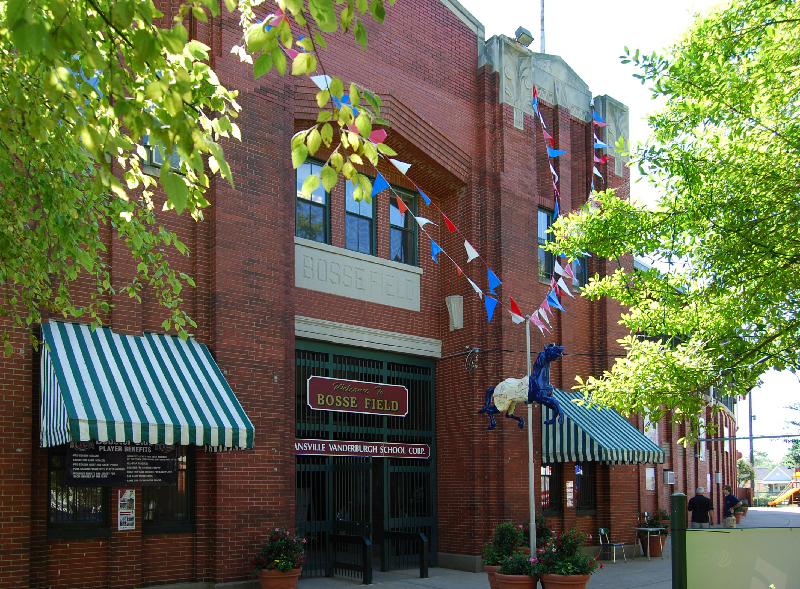 After more than a century of wear, Bosse Field remains in good shape and retains its historic character, thanks to stewardship of the EVSC. Recently, the EVSC announced plans for a $1.5 million upgrade of the ballpark’s electrical system, lights, and roof. Read more.