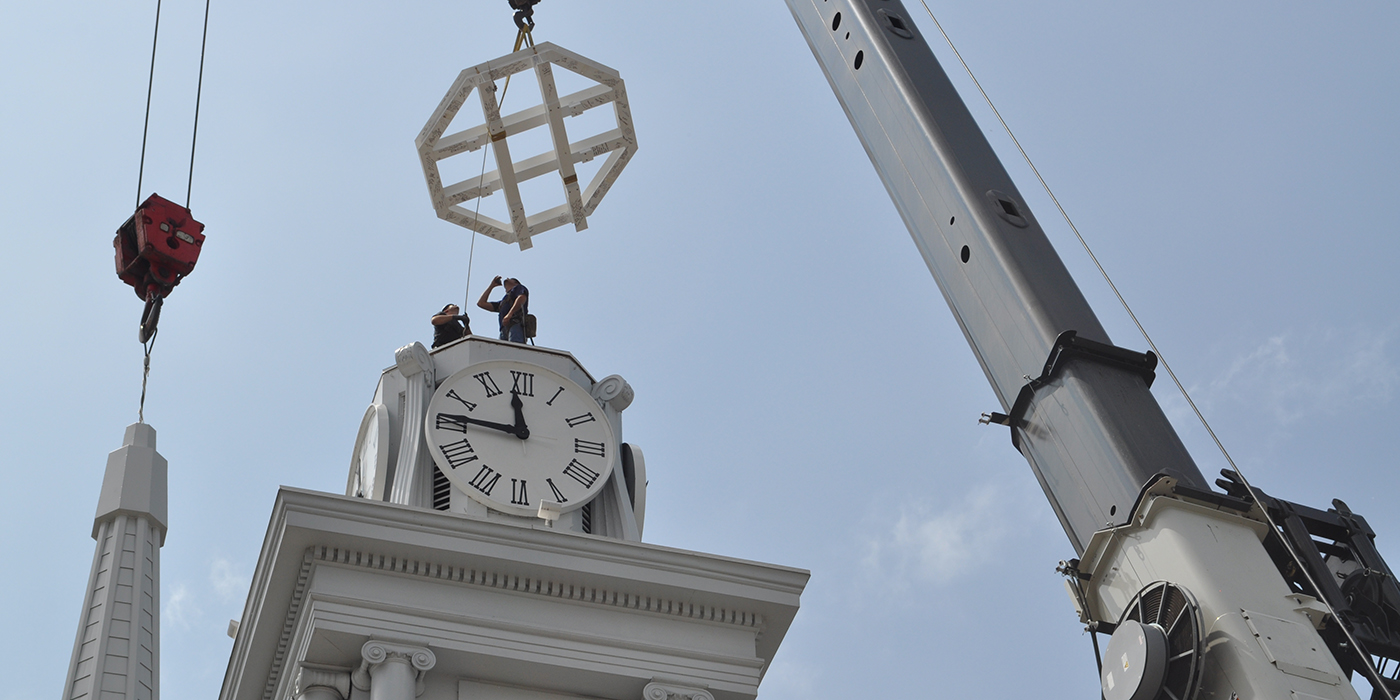 With a Little Help from Friends

“Right about when the situation looked darkest, Jerry Finn and Irv Stumler showed up in my office and offered to help us restore the church,” says Rev. LeRoy Marshall, the pastor. The visit launched a five-year transformation of the Underground Railroad landmark that earned Second Baptist Church the 2018 Cook Cup for Outstanding Restoration from Indiana Landmarks.

Finn, the executive director of the Horseshoe Foundation, and Stumler, an entrepreneur and philanthropist, joined others in creating the nonprofit Friends of Town Clock Church—the name most locals use for the landmark.

The group initially intended to restore only the exterior, including the clock tower. Success and local commitment inspired the Friends’ board to dream even bigger. They raised $175,000 to re-create the 65-foot steeple, lost to a lightning strike in 1915. A grant from the city helped make the steeple re-creation possible.

“No one alive had seen that steeple. I never in a thousand years thought I’d see the steeple back, and I’m an optimist,” notes Floyd County Historian and City Council Member David Barksdale. The steeple rises above the clock that tells the time, accompanied by the chiming bell, for the first time in four decades. 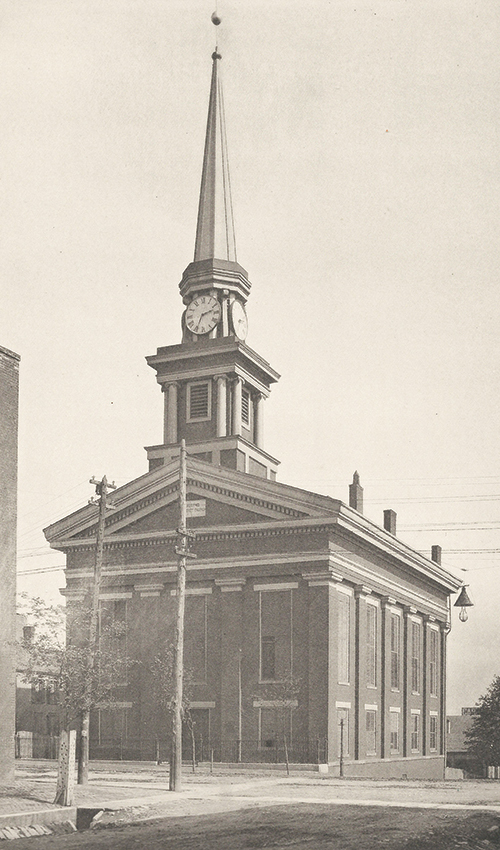 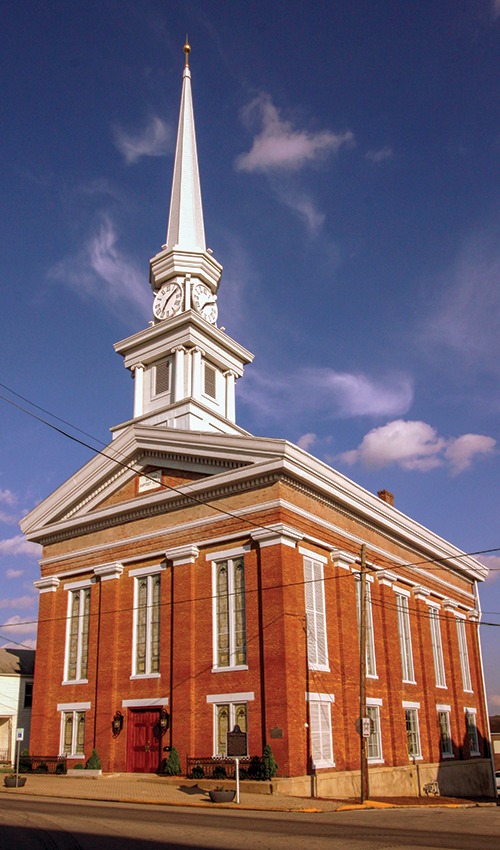 Second Presbyterian Church, a predominantly white congregation, built the church from 1849 to 1852. The evangelical congregation ministered to African American residents as well as those escaping slavery in the south, a dangerous business. While Indiana was a free state, in New Albany the city’s major industries depended on trade with the south and pro-slavery forces dominated, according to Underground Railroad historian Pam Peters, a New Albany resident.

“The steeple, visible across the Ohio River in Louisville, acted as a beacon to escaping slaves, steering them to a place where they could get medical care and assistance in traveling farther north,” notes Peters. In 2017, the church’s designation as a national Network to Freedom site confirmed its role in the Underground Railroad. The Presbyterians sold the building in 1889 to Second Baptist, an African American congregation familiar with the building’s history as a haven.

“Second Baptist Church matters to people far beyond its small congregation because of the building’s role in the Underground Railroad and the example it represents for us in the present,” says Marsh Davis, president of Indiana Landmarks.

People spent all day watching the steeple get hoisted in place in 2016, with many teary-eyed at the meaning and scale of the accomplishment. From many vantage points, including coming across the Sherman Minton Bridge from Kentucky—the steeple stands out. “The brass ball at the top glows like the halo on an angel. It shows there is a God,” says church Treasurer Monica Sutton.

Friends of Town Clock Church expanded the scope again when they moved inside, repairing plaster, recapturing the original interior paint scheme and stenciling, restoring the original gasoliers, and refurbishing the lower-level fellowship hall where the congregation worships on most Sundays to conserve energy. 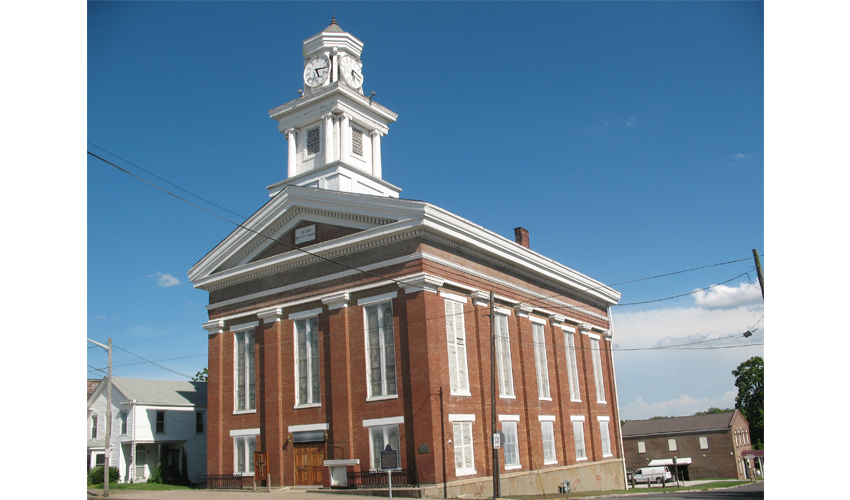 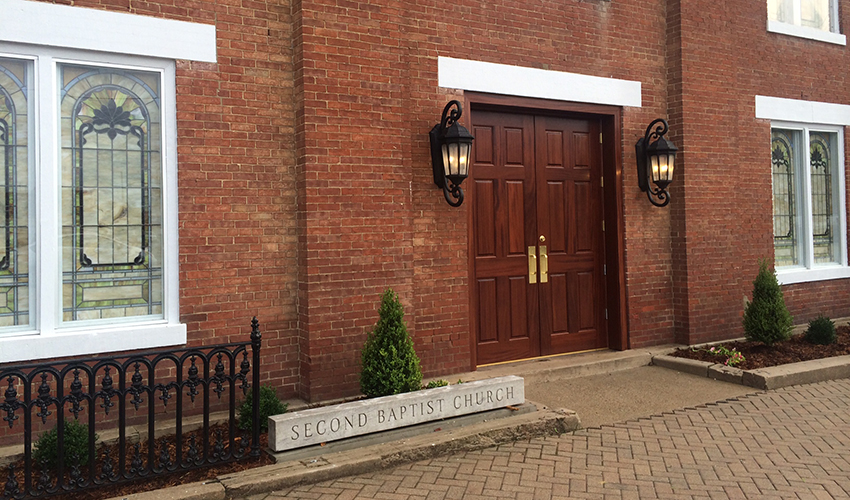 The five-year transformation of Second Baptist Church began with the exterior, including the steeple, before moving inside. 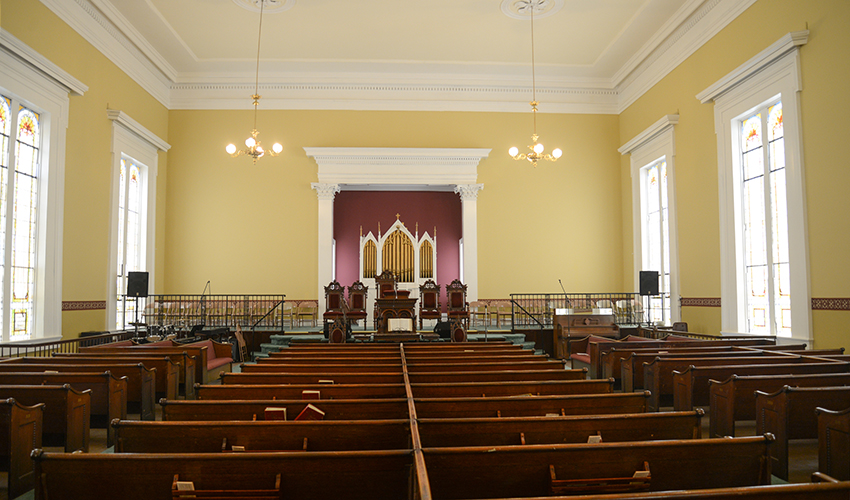 The Friends group enlarged its original scope by refurbishing the interior, repairing plaster and restoring the original gasoliers. 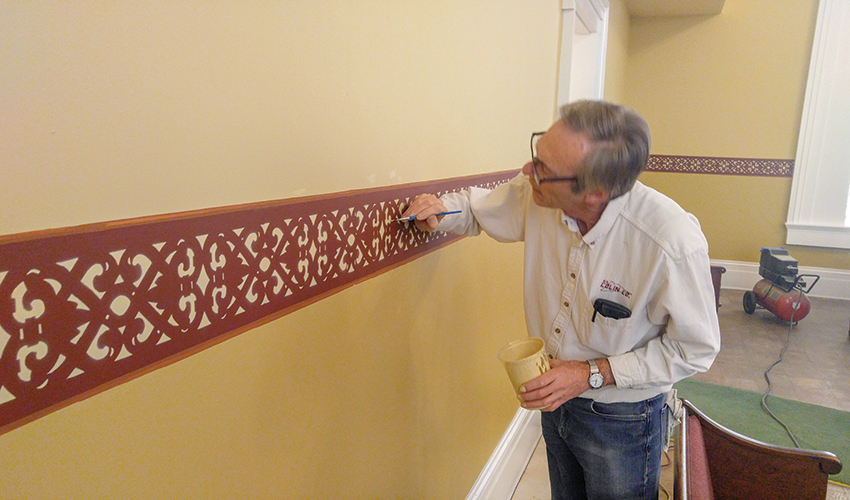 Workers recaptured the original paint scheme and stenciling and refurbished the lower-level fellowship hall where the congregation worships most Sundays to conserve energy. 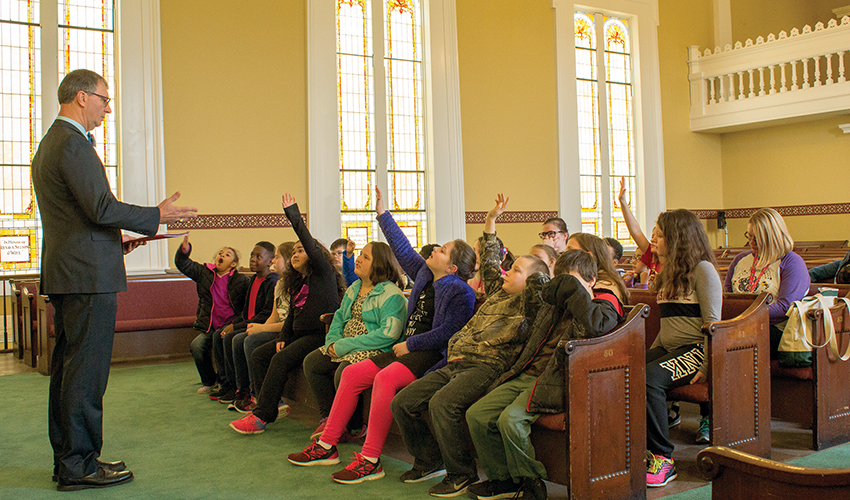 Opened in 1852, the church welcomes all Floyd County third graders on field trips to learn about the Underground Railroad site. Jerry Finn of Friends of Town Clock Church is one of many volunteer tour guides.
Previous Next

The congregation opens the sanctuary for community events, tours, and special seasonal services. Every third grader in Floyd County schools tours the church and learns about the Underground Railroad. “Churches can get insular, and the restoration has opened Second Baptist up and made us more inclusive and community-minded,” says Rev. Marshall. “It’s a beautiful thing to see.”

“You can do more ministry when you’re not worried sick about how to patch the roof. Our five-year plan includes construction of a terraced Underground Railroad Garden in our back yard with a gazebo fashioned from the roof of the old clock tower. It’s another place we can engage the community,” Rev. Marshall adds.

Five years ago, there was so much work to do, and complete restoration seemed out of the question. But the Friends of Town Clock Church have raised $725,000 to date for the restoration and a maintenance endowment housed at the community foundation.

People contributed because the place provides a daily visual reminder of the right way to behave when confronted by injustice and pain, even when helping might be dangerous. “Looking to the future when we may need to take a stand, the Town Clock Church is a living lesson for our community,” says Finn.