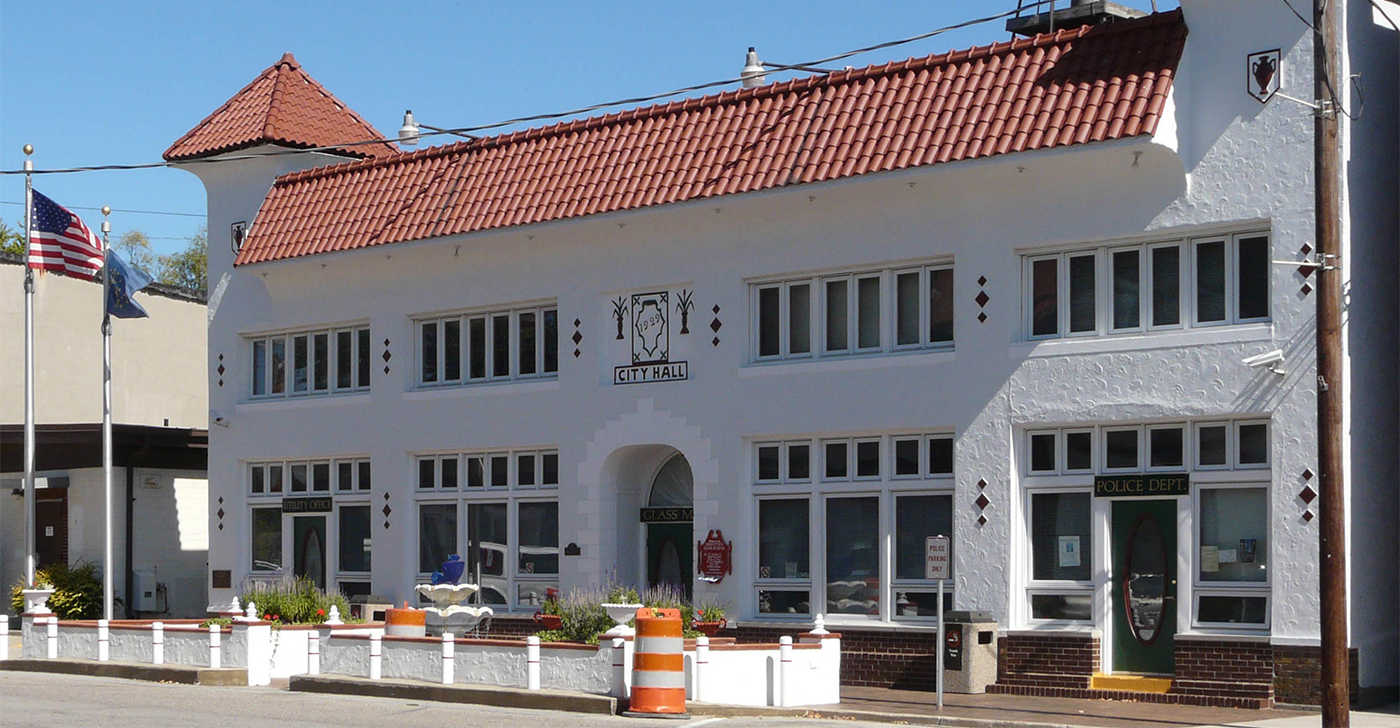 Chocolate, Golden Agate, and Rose Agate sound like names of candy and rare gems, but in the glass collecting world, they’re known as popular colors of products made by the Indiana Tumbler and Goblet Company.

A part of the National Glass Company conglomerate — which included glass tableware factories in Pennsylvania, Maryland, West Virginia, Ohio, and Indiana — Indiana Tumbler and Goblet was only in business from 1894 to 1903, when a fire destroyed the factory. The Greentown-based company produced pressed glass considered rare and expensive today. At the Greentown Glass Museum, visitors discover the company’s story, a product of Indiana’s gas boom. 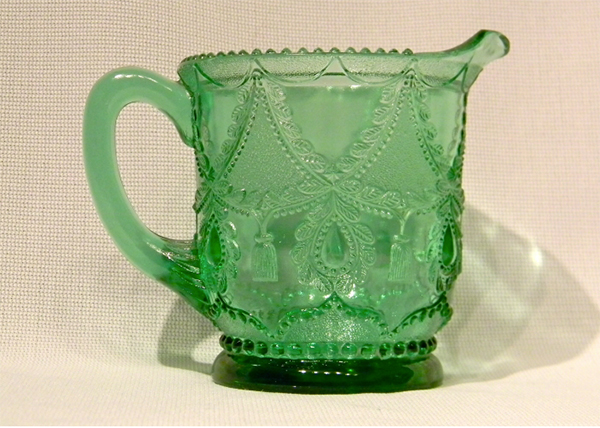 In the 1880s, discovery of a 2,500-square-mile natural gas field in east central Indiana drew entrepreneurs and industrialists to cities that provided nearly free gas and money to help buy land. Extravagant practices—like towers of gas that burned 24-7 as tourist attractions, and pipelines running gas to Ohio and Chicago—depleted the natural resource after only 14 years, but the period left a legacy of landmarks. The success of Indiana Tumbler and Goblet Company spurred the growth of Greentown, located east of Kokomo, at the turn of the twentieth century.

The non-profit National Greentown Glass Association formed in 1970 to promote preservation of the rare resource. The group operates the Greentown Glass Museum, located in a “newer” landmark: the 1928 City Hall Building on North Meridian Street. Inside, over 2,000 glass objects and artifacts are on display in old pharmacy cases donated by the Hook Drug Company of Indiana. The glass collection includes everything from creamers and pitchers to decorative toothpick holders and covered dishes topped by hens, cats, and rabbits. 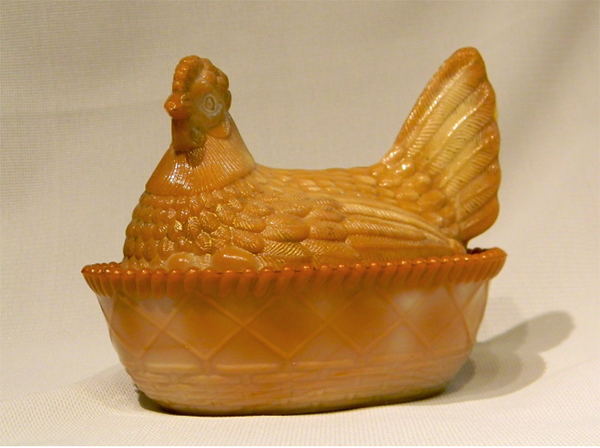 Though fire destroyed molds of Indiana Tumbler and Goblet Company’s original patterns, at least a dozen companies attempted to reproduce the company’s colors and patterns in the ‘50s. At the museum, one display shows visitors how to spot differences between the originals and reproductions.

Admission to the museum is free. Museum hours are 1 to 4 p.m., Saturday and Sunday, March 1-November 30, and noon to 4 p.m., Wednesday-Friday, May 15-October 31. Learn more at www.greentownglass.org.

While you’re in town, be sure to leave time for a stroll around downtown. Greentown’s commercial district thrived in the late-nineteenth and early-twentieth centuries, and its downtown historic district — listed last month in the National Register of Historic Places with support from Indiana Landmarks’ Partners in Preservation program — includes architecture from its manufacturing heyday.

Visit the Greentown History Center on Main Street to see artifacts from the town’s past. If you happen to visit at mealtime, consider stopping at the Golden Girls Café or the Hometown Family Restaurant for some classic Hoosier fare.