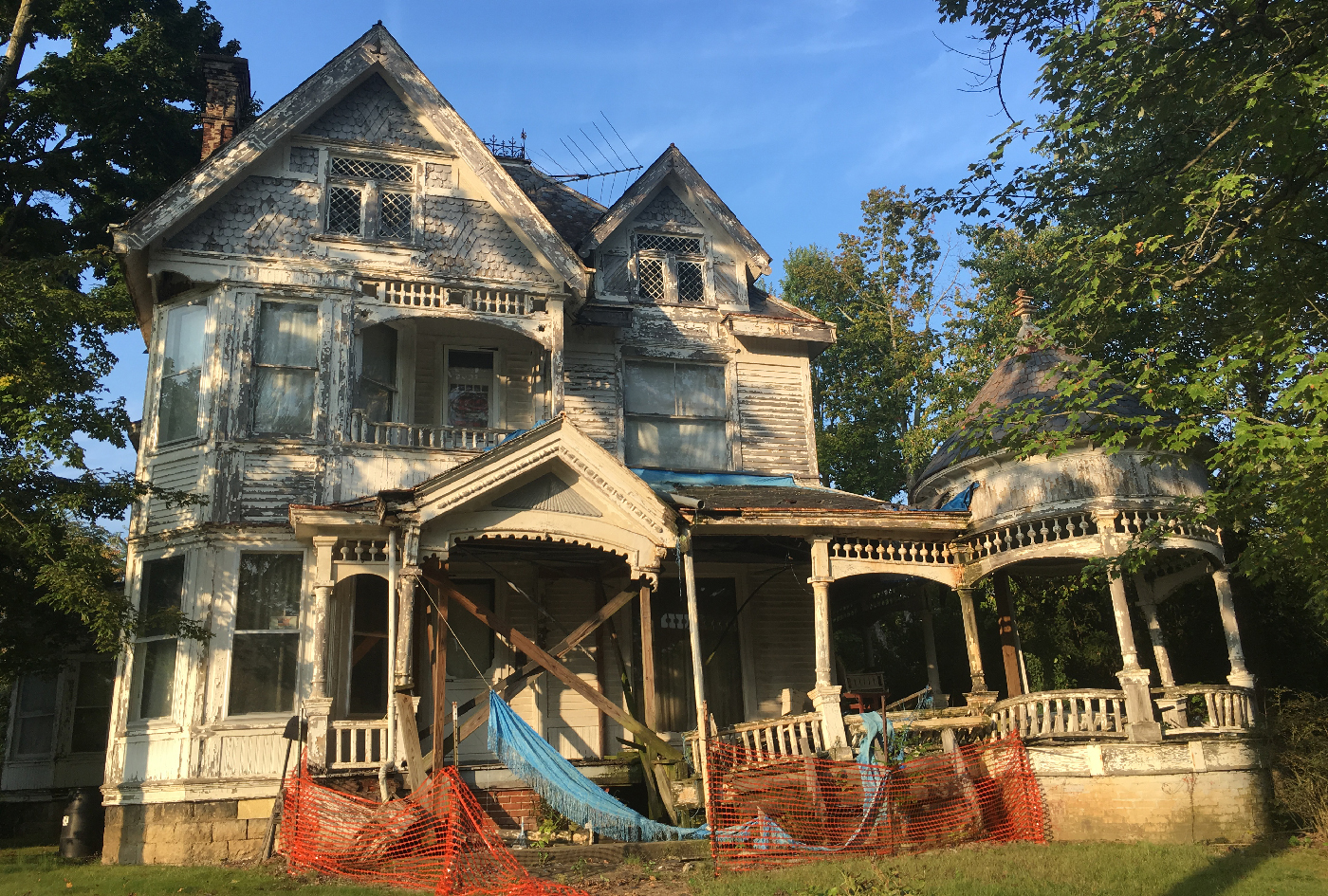 Banker and businessman Joseph Cone ordered plans for the large house from George F. Barber, a Knoxville, TN, architect know for the elaborate residential designs he marketed through mail-order catalogs. North Vernon boasts a number of houses attributed to Barber, but the Cone house stood out when it was completed in 1894.

In recent years, to say the house had lost its luster would be an understatement. With aging owners unable to maintain it, the house declined into near-ruin. In 2017, the Jennings County Area Plan Commission secured a court-ordered eviction and signed a demolition order. “Its precipitous decline from several decades of neglect was painful for the community,” says Sekula. “Out of desperation, neighbors and others sought demolition, believing the building was a lost cause.”

Indiana Landmarks came up with an 11th-hour save. “The place had been on our radar for years,” says Sekula. “The commission’s action provided the first significant opportunity for us to engage the owner in a strategy to save the house.”

Attorneys Laura Harbison and Larry Gratehouse helped us navigate the path to save the house, including a commitment by the owner to donate the home to Indiana Landmarks and an agreement by mortgage giant Fannie Mae to forgive the remaining note. A temporary injunction granted by Jennings Circuit Court Judge Jon Webster stayed demolition on the condition that we complete substantial repairs by mid-December 2018. 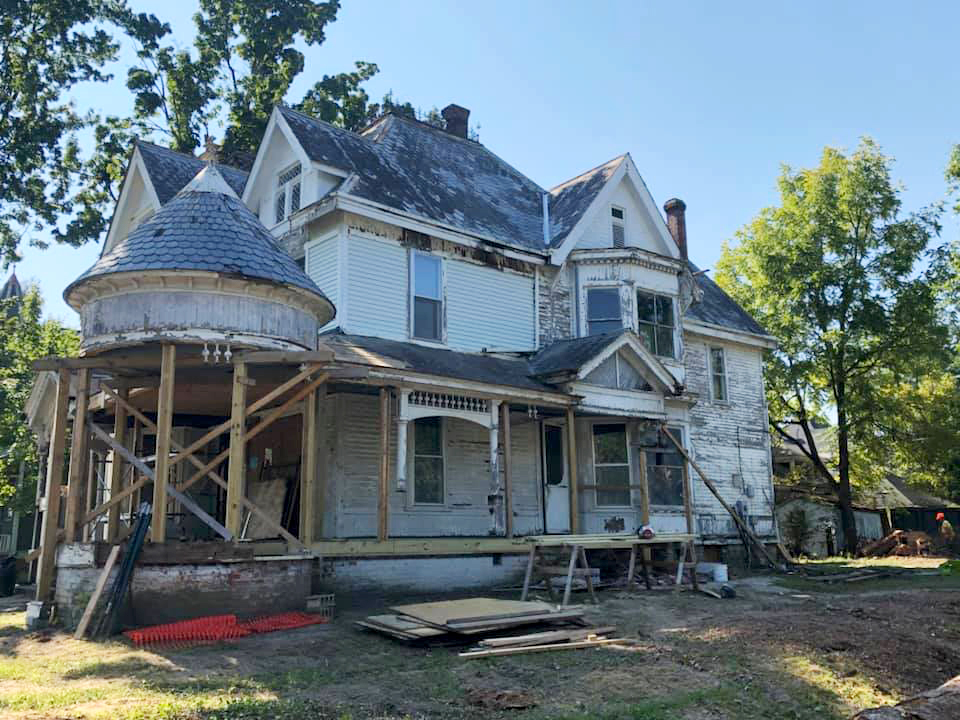 We’re using funds from our Efroymson Family Endangered Places Acquisition Fund to stabilize the building, and a local benefactor is providing funds for for exterior restoration — including rehab of the elaborate porch, structural repairs, work on the slate roof, interior clean-up, and exterior painting. 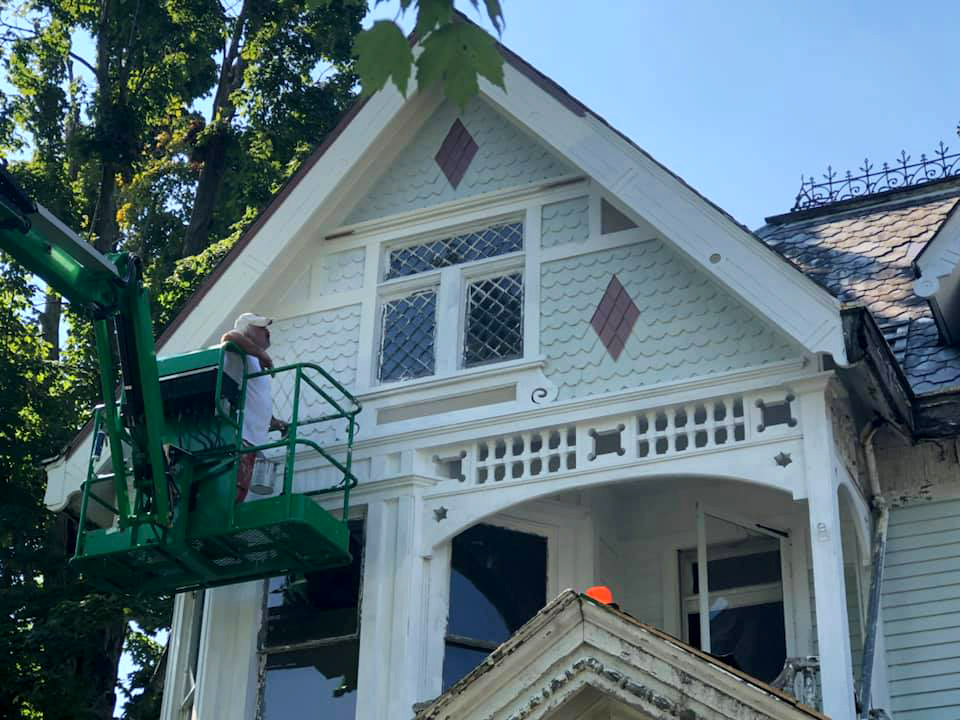