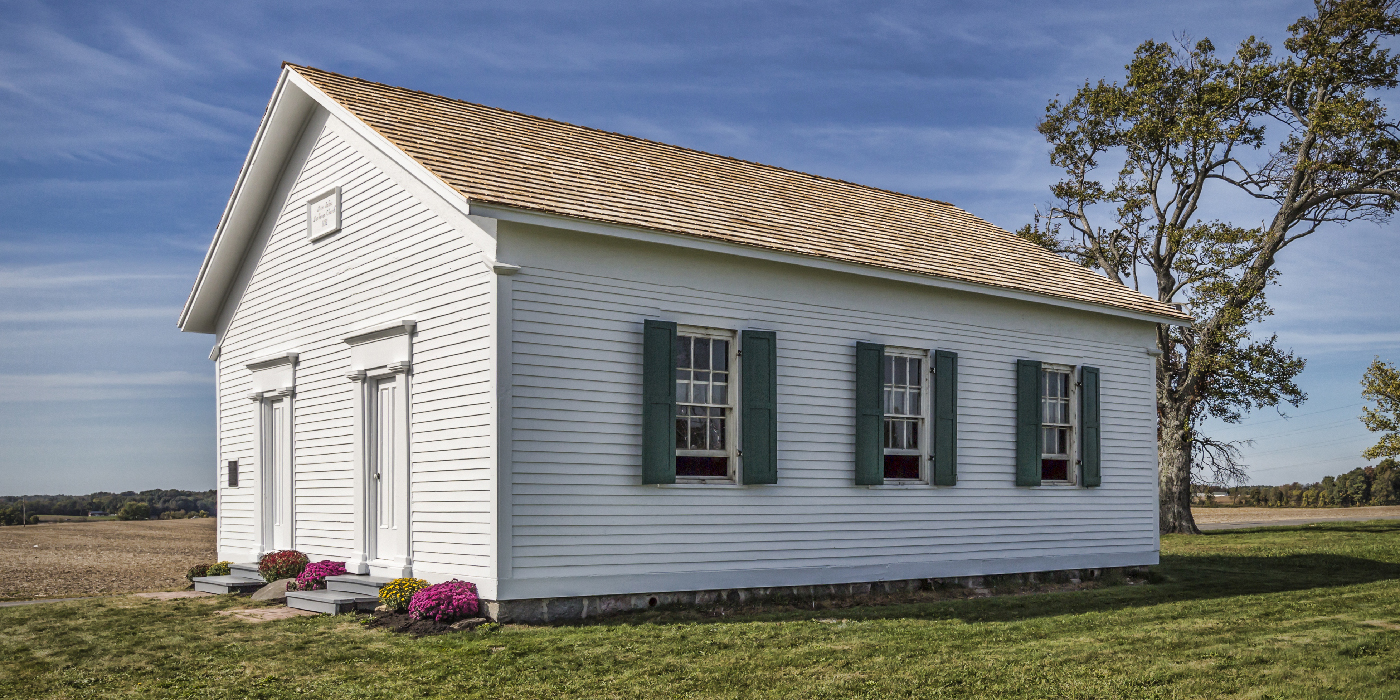 The former Saint John’s Lutheran Church has occupied a high point in rural Elkhart County outside of Goshen since 1853. Though the little church has been empty for the better part of 114 years – the last service was held in 1894 – it remains meaningful to nearby residents. When a freak windstorm ripped off the roof in 2014, many people feared it would spell doom for the church. Indiana Landmarks helped a dedicated group of supporters come to the rescue.

German-speaking settlers from Pennsylvania, including the Rarick family, arrived in Harrison Township in the 1840s, establishing farms in the fertile land outside of Goshen. Not long after settling, John Rarick, Sr., commissioned construction of a small church on his farm, setting aside an acre of land around the building for use as a cemetery.

The Rarick farm supplied all the building materials for the little church, except for nails and window glass. Limestone for the mortar came from a nearby limestone bluff. George Apple, a local undertaker who built his own coffins, crafted all of the pews and interior trim from local timber.

In a time when most settlers still lived in log cabins, the simple Greek Revival-style church stood out – the first frame structure in the township. Like other Protestant churches of the time, the church has separate entrances for men and women. 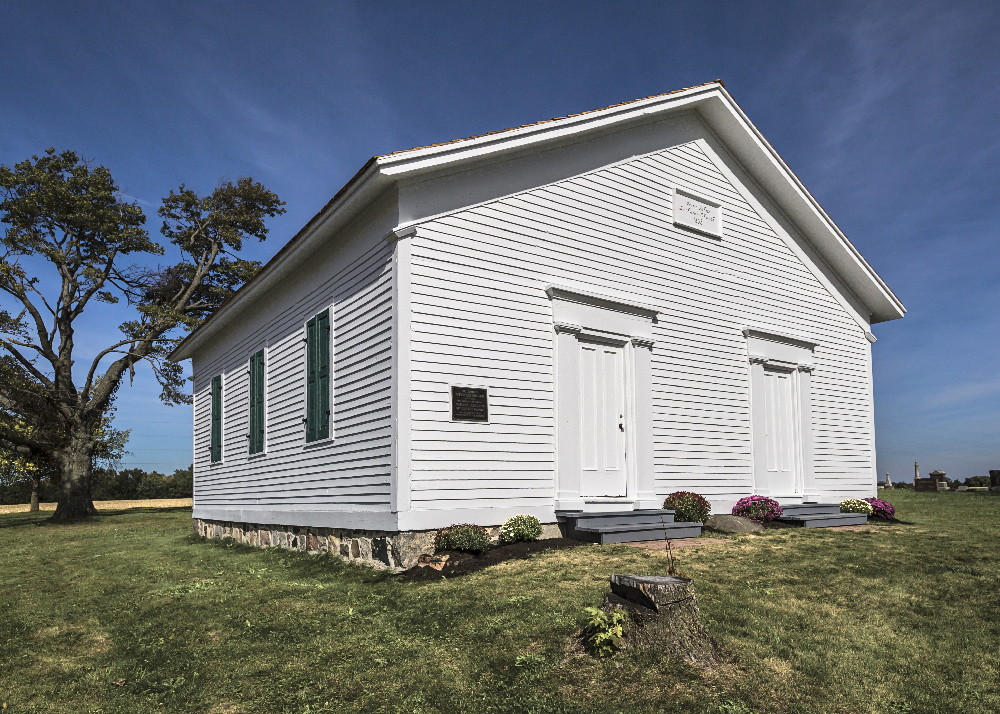 In 1855 Rarick deeded the property to the Evangelical Lutheran Church, but the Rarick family and its descendants remained the nucleus of St. John’s membership. The family’s support, especially financial, was essential to the church’s existence. When John Rarick, Jr., moved to the Elkhart prairie south of Goshen in 1880, the congregation had to cut its minister’s salary from $20 to $18 per month for four sermons. Even that reduced amount proved to be too much for the rural congregation. With attendance dropping, services at Saint John’s ended in 1894.

Over the next century, the building served as a site for occasional non-denominational activities and meetings. Periodically, volunteer groups stepped in to make repairs, and in 1994 the church was listed in the National Register of Historic Places. Eventually, St. John’s Cemetery Association transferred the church and adjacent cemetery to the Harrison Township Trustees. 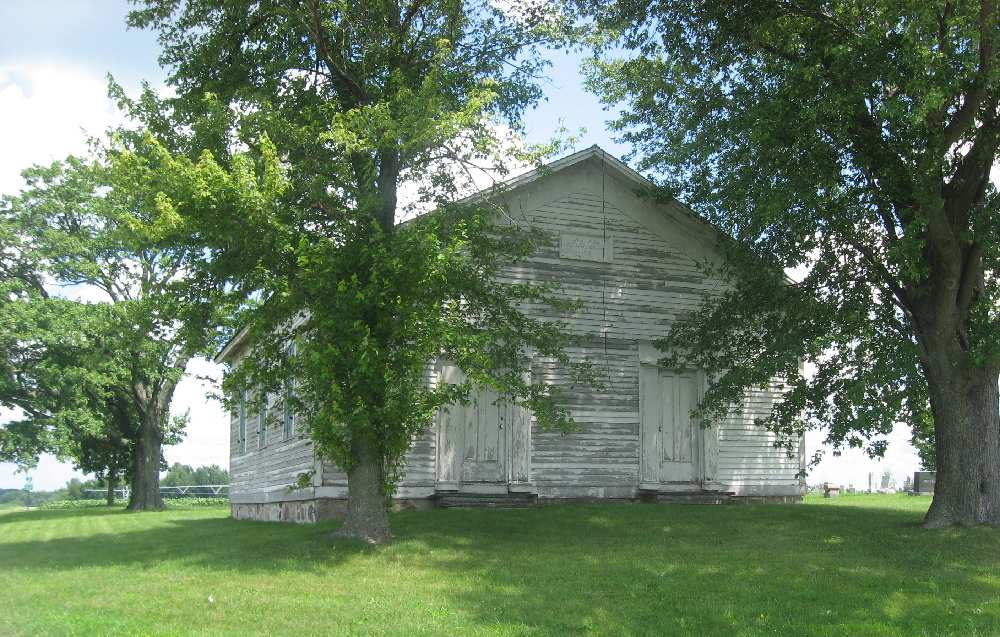 After the fall storm deposited the church’s deteriorating roof in the yard, the trustees considered demolition. With little use for the building, now roofless, there didn’t seem much point in paying for repairs.

Alerted by neighbors Pat Johnson and Lynn Miller and former Indiana Landmarks Board member Tim Shelly, Indiana Landmarks jumped in to build support and craft a plan to save the church. We helped form a nonprofit friends group and secured a $5,000 matching grant from the Efryomson Family Fund of the Central Indiana Community Foundation to encourage local investment.

Earlier this month, 150 neighbors, volunteers, and craftsmen gathered to celebrate the building’s restoration. The Friends group is continuing to raise money for future maintenance, with plans to repair damaged gravestones and install solar panels to supply heat and electricity to the building.