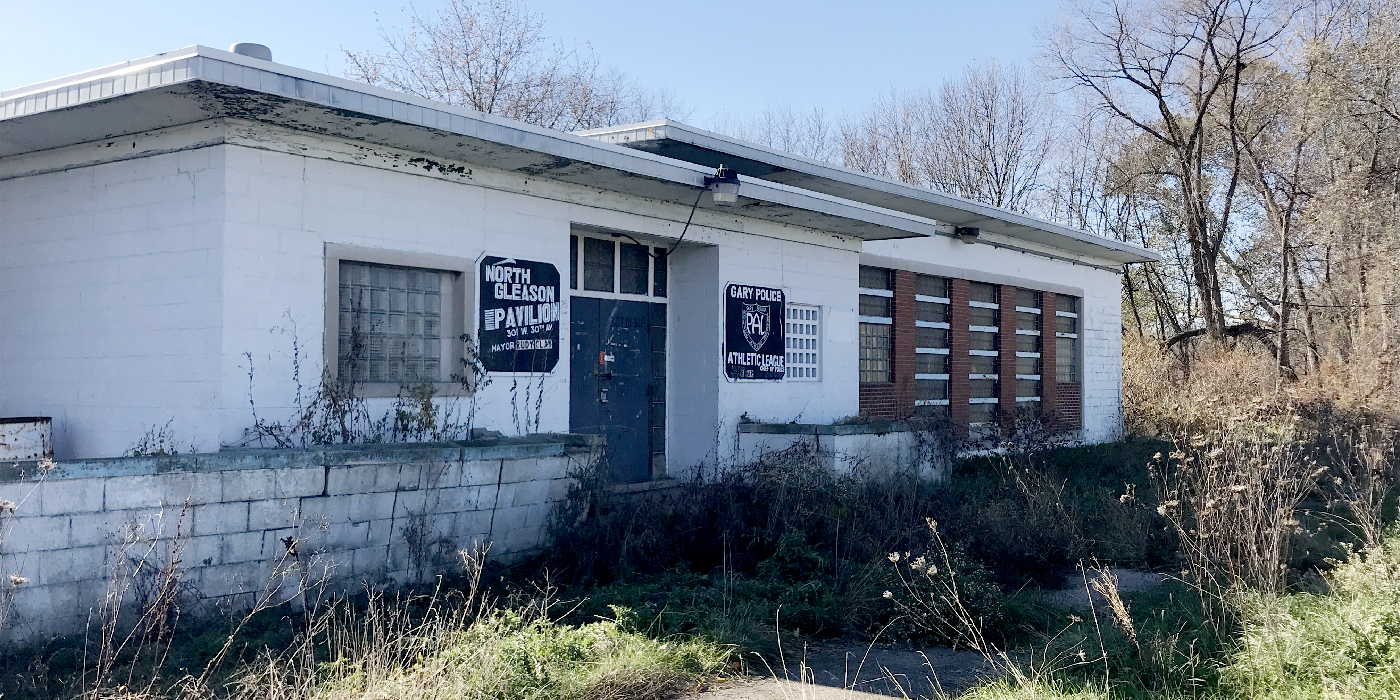 North Gleason Park originated in 1920 as Riverside Park, a 315-acre public amenity on the Little Calumet River. During the park’s early years under the leadership of U.S. Steel Superintendent and park board president William P. Gleason (for whom the park  was renamed in 1933), the board segregated Riverside into south and north sections divided by the river.

Although North Gleason Park’s location within the river’s flood plain was never ideal, and its funding never equaled that of South Gleason, the park offered athletic fields, clay tennis courts, an outdoor swimming pool, playground, picnic pavilions, and a walking path. Gary’s African American citizens embraced the space as their own. During the Great Depression, the Works Progress Administration employed residents to help with construction and landscaping projects in the park, providing daycare services for workers, along with activities like croquet, baseball, and checkers for older residents. 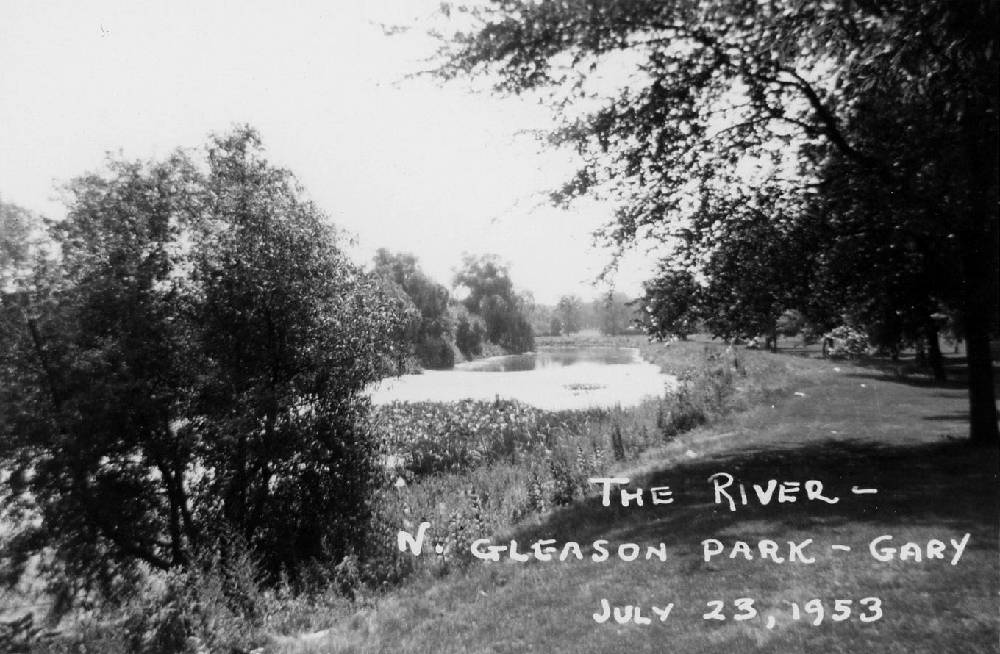 North Gleason’s main draw was a 9-hole golf course where play meandered through marshy parkland. In 1949, golfers at the park formed the Par-Makers, a social organization founded around mutual enjoyment of the sport. They promoted competition by hosting regional tournaments, but their impact went far beyond the game.

The Par-Makers developed a junior golf program, contributed to a scholarship fund, and donated time to support local causes within the black community. The group also chipped away at the exclusionary policies of South Gleason Golf Course. In 1951, the Par-Makers invited professional boxer Joe Louis to their golf tournament, leveraging his national celebrity to convince the Gary Park Board to allow play in South Gleason.

Ann Gregory, a local female golfer, took more direct approach to breaking down the color barrier in the early 1960s. After being told she could not play at South Gleason, she paid her fee, proceeded to the first tee, and played 18-holes, ignoring protests from the groundskeeper. Gregory would go on to become one of the best African American golfers in history. The collective perseverance paid off: by the late 1950s, the 18-hole course and most other city parks had been integrated.

Built in 1941, North Gleason’s Pavilion provided a large dance hall and assembly room, lunchroom, lounge, outdoor terrace, and locker rooms for golfers and swimmers. The Pavilion also served as the endpoint for the city’s annual Emancipation Day parade, led by the Roosevelt High School marching band from Midtown to the park. 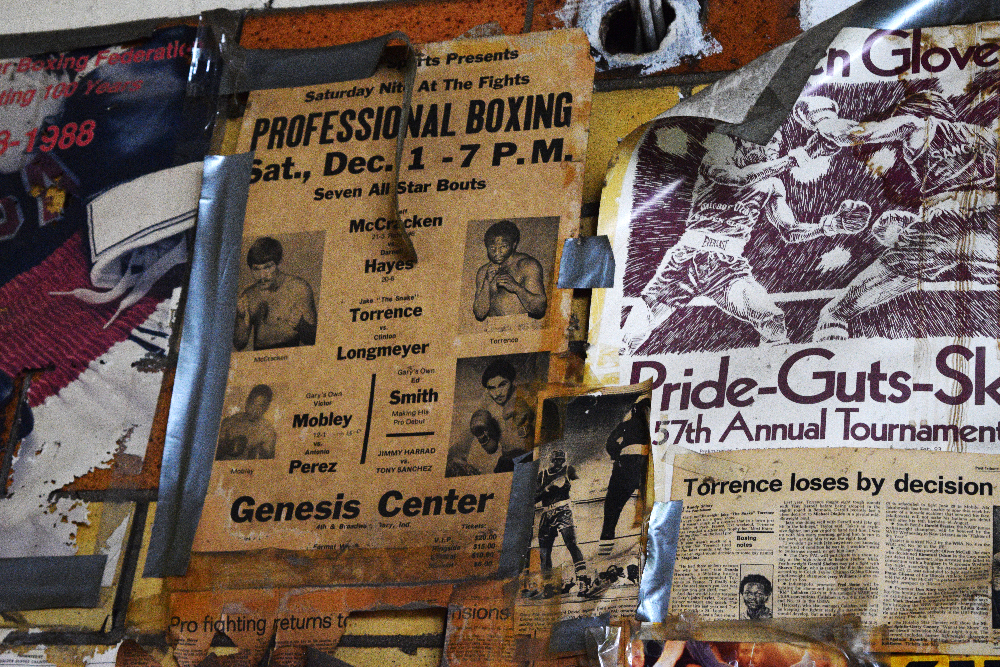 Deferred maintenance, combined with the challenges of a flat roof, has rendered the building almost unusable. Buckets catch drips from the leaking roof and mold thrives in the damp interior. The building’s boiler is shot.

While the city’s park department works to repair the roof, Indiana Landmarks’ Northwest Field Office partnered with the Historic Midtown Project at Indiana University Northwest to collect oral histories of Gary residents who remember the park in its heyday. We’re also nominating the park to the National Register of Historic Places, a designation that could make the Pavilion eligible for rehabilitation tax credits or grants. Ultimately, park officials hope the Pavilion can be reopened, continuing its role as part of Gary’s storied history. 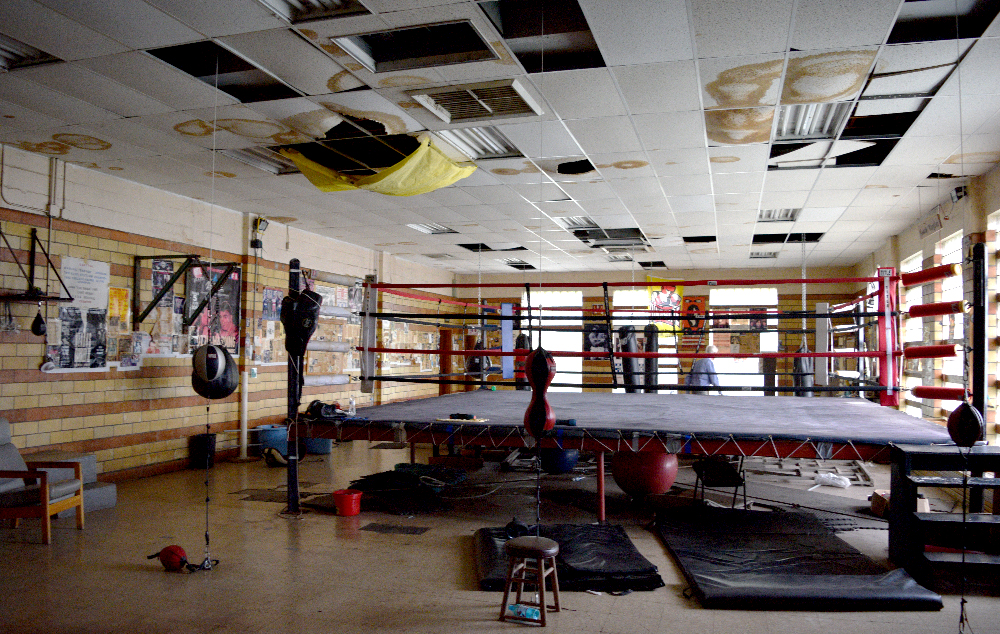