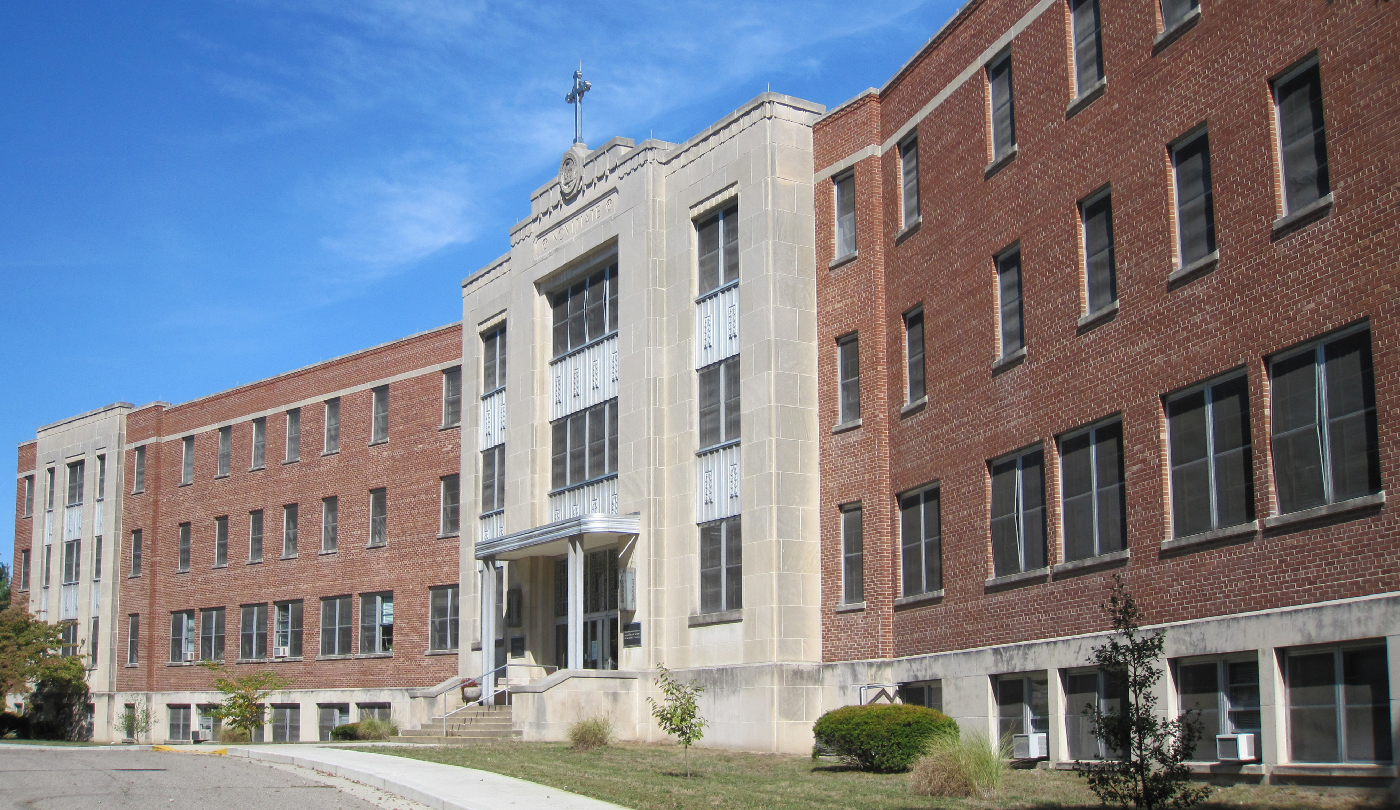 The Sisters of Providence demonstrated such rationale when they embraced a previously unimaginable solution to preserve a mid-century building on the campus of Saint Mary-of-the-Woods College in Terre Haute.

Built in 1958, Owens Hall began as a dormitory for the novitiates of the Sisters of Providence. Architects Bohlen & Son designed the building in contrasting brick and stone, with decorative aluminum panels, sconces and screens. Inside, the hall includes a domed entry lobby with marble walls, and a chapel featuring patterned terrazzo floors and checkered wood paneling. 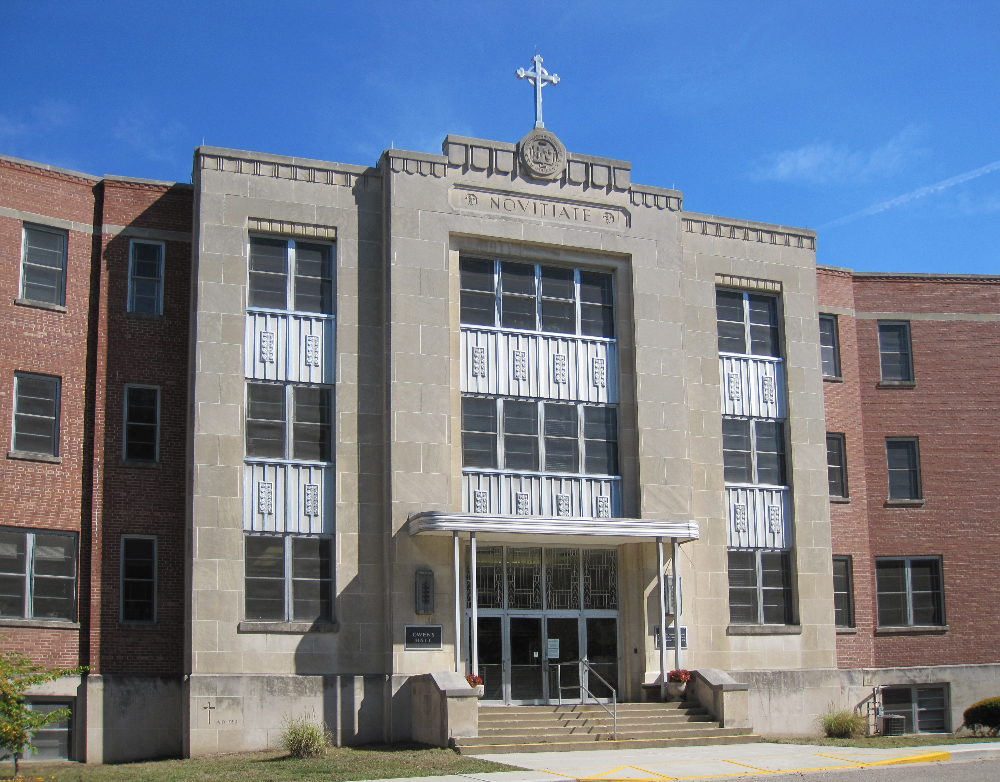 As enrollment in the religious order declined towards the end of the twentieth century, Owens Hall emptied. It served for a brief time as administrative offices for the order, but it soon became clear a more permanent large-scale solution would be necessary to save the huge building.

Flaherty & Collins, a developer with extensive experience adapting large historic structures for multi-family residential use, approached the Sisters with a proposal for the building’s reuse. But developing Owen Hall meant the Sisters would have to consider something they’d never done before – selling a campus building to an outside entity. However, the developer’s plans to transform the residence hall into affordable housing for seniors dovetailed with the religious order’s call to help others, and the Sisters approved the sale.

At the same time, work to nominate portions of the Saint Mary-of-the-Woods campus to the National Register of Historic Places was already underway, supported by a grant from Indiana Landmarks’ Partners in Preservation (PIP) program. We awarded another PIP grant to the Sisters to expand the nomination to include Owens Hall, a move that opens the door to financial incentives including the federal rehabilitation investment tax credit – a vital financial component of Flaherty & Collins’ proposed project. The Saint Mary-of-the-Woods Historic District earned listing in 2017.

The project received another important boost late last year, when the Indiana Housing and Community Development Authority awarded more than $1 million in housing tax credits, $400,000 from HOME funds, and $500,000 in development funds to Flaherty & Collins for the Owens Hall project. The incentives have allowed predevelopment work to advance on the $13.5 million project.

To learn more about the Saint Mary-of-the-Woods College National Register Historic District, visit the website for the Sisters of Providence, or the college website at smwc.edu.