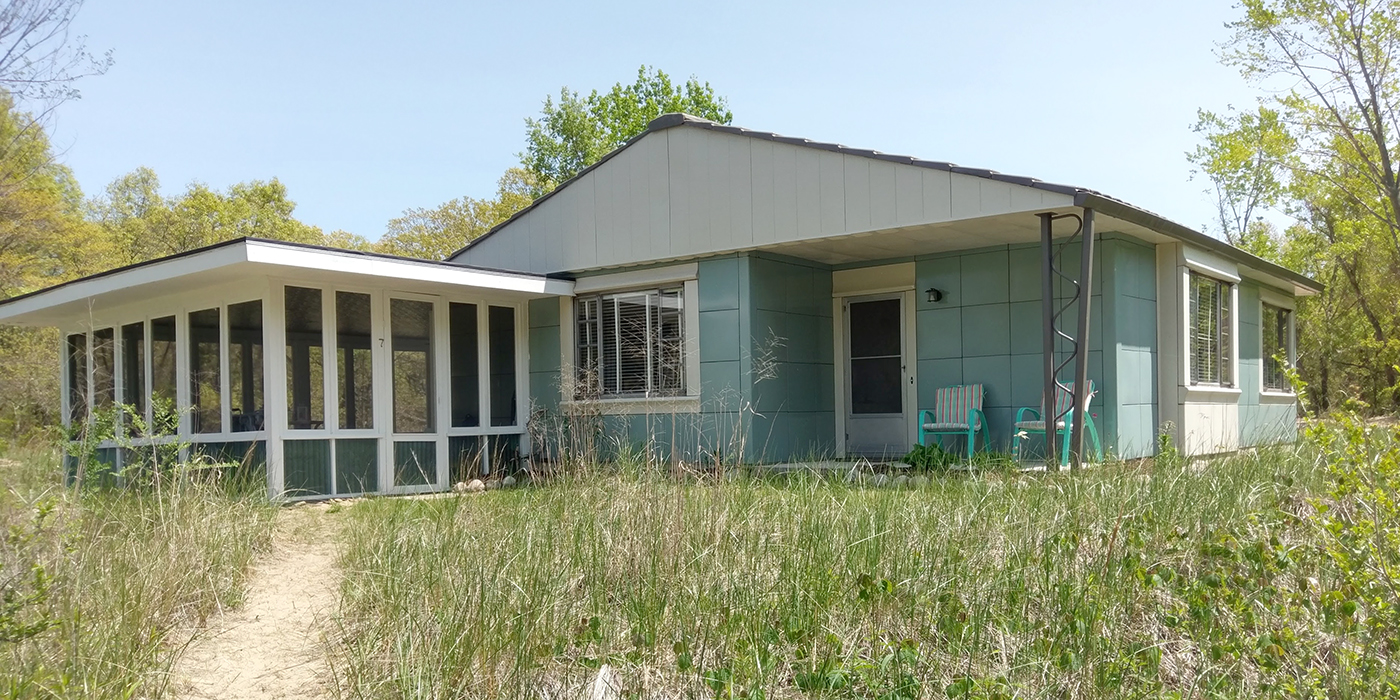 What’s it like to live in an all-steel house of sliding doors with built-in everything? A decade ago, Steve and Laurie Snell found out, when they leased a Lustron, a brand of quirky prefabricated houses with a cult following. The lease, a part of Indiana Landmarks/National Park Service Historic Leasing program – required dismantling and rebuilding the house as the area of the park where it was located was being restored to its native state.

Designed as an ultra-efficient, affordable response to the postwar housing shortage, Lustrons were made of porcelain-enameled steel panels touted for their low maintenance features and modern appearance. The Lustron Corporation geared up to produce thousands of the homes from its re-tooled aircraft factory in Columbus, Ohio, before financing misjudgments and corruption in federal housing agencies forced its premature closure. Only 2,680 Lustron houses made it off the assembly line before the company ceased production in 1950. 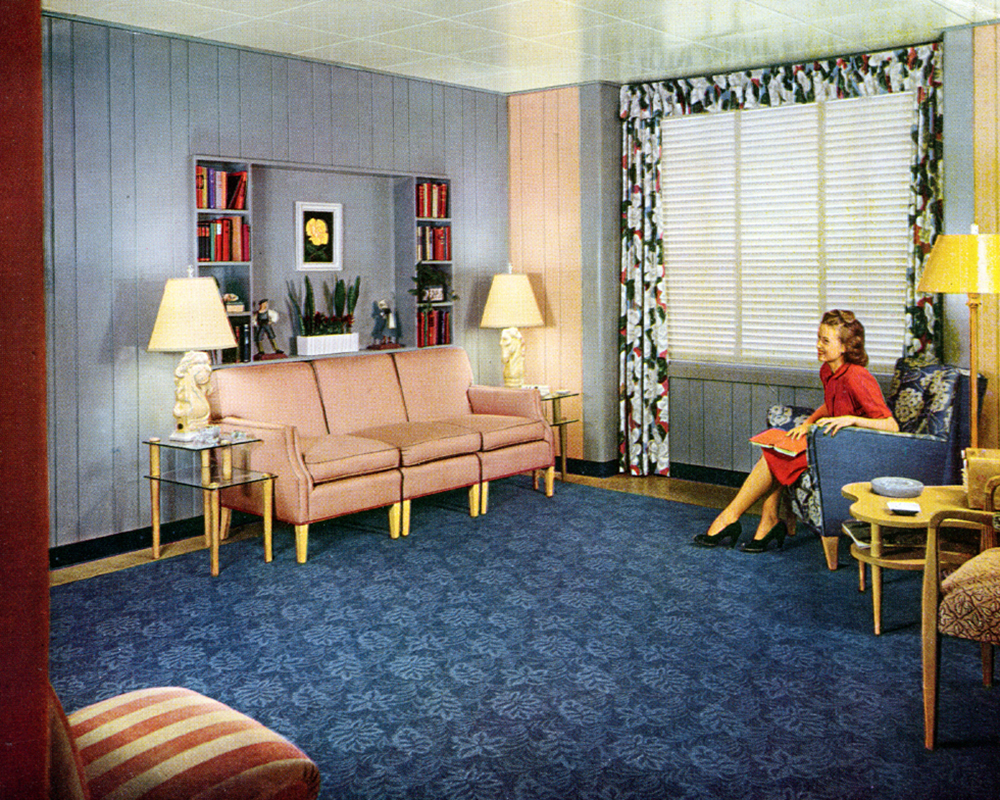 Indiana’s close proximity to Ohio made it a prime market for Lustrons. In 2002, a multiple property nomination for Indiana’s estimated 180 Lustron houses won listing in the National Register of Historic Places, paving the way for inclusion of individual Lustrons.

In 2006, the Snells spotted a two-bedroom Lustron in a newspaper ad and thought it might make a good family beach house. The catch? The 1950 house stood in an endangered habitat in the Indiana Dunes National Park and needed to be disassembled, moved, and re-built – all without the detailed assembly instructions used by original Lustron construction crews. “It was pretty much like playing with an erector set with mainly pictures for reference,” says Steve. Staff picked a building site on the park’s far east end that mirrored the original location’s topography.

Steve, a chemical engineer, and Laurie, director of a professional development partnership for teachers at Valparaiso University, led with their strengths. Steve interpreted the house plans and Laurie organized and coded house pieces as they were disassembled room by room, marking them with stickers that corresponded to their notes on the house plans. Their three then-college-aged kids joined in the family project, cleaning and reassembling pieces. The home’s seamless, repeating panel design necessitated assembling it in stages that built on earlier work, finally adding the roof, which locked the rest of the construction in place.

“It was like putting together a giant puzzle, knowing if you put a piece in wrong, you can’t use it somewhere else, and there are no replacement parts,” adds Laurie. “It was exciting every time another piece was put together.” 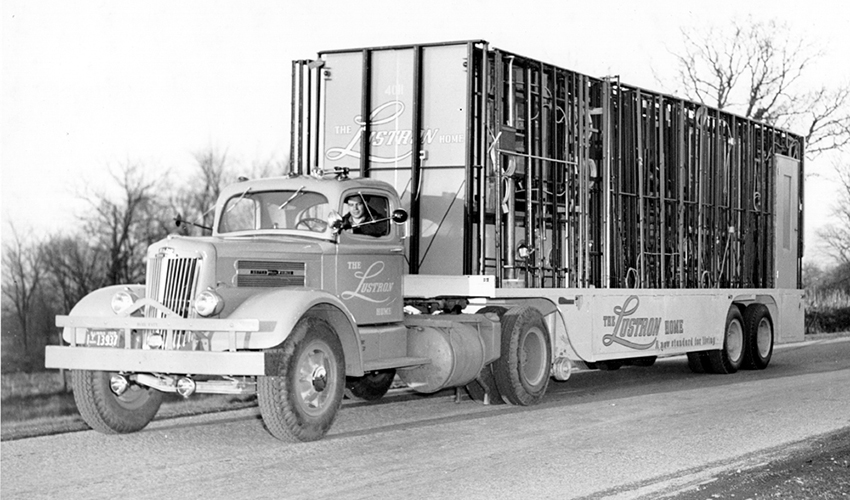 Historic image of a Lustron truck out for delivery (Photo: www.lustron.org) 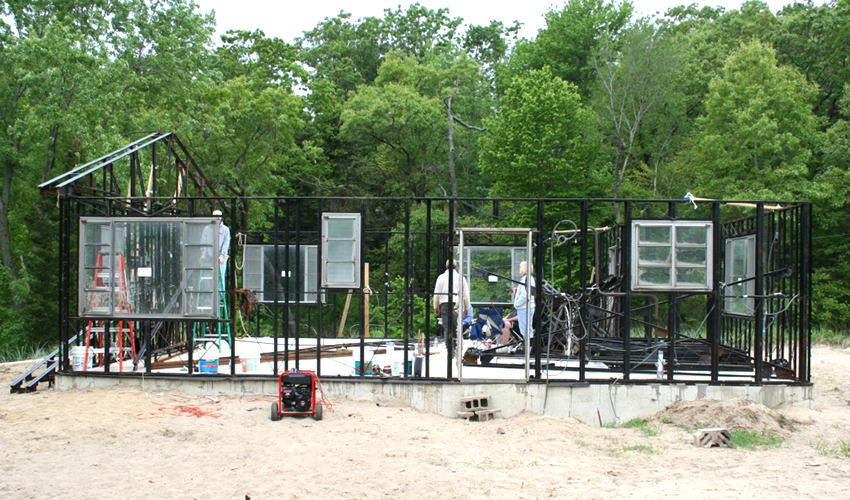 The Snell family disassembled a 1950 Lustron, coded pieces, and reassembled it in stages building on earlier work. 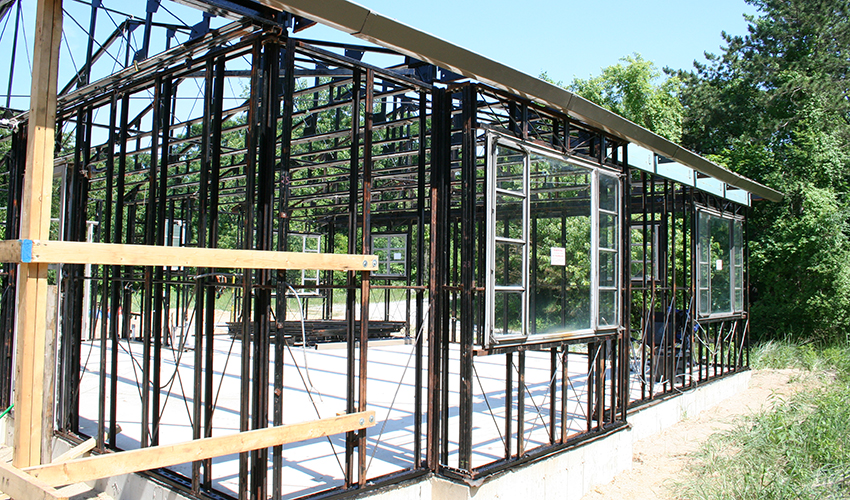 The Snells described the experience of rebuilding a Lustron as similar to putting together a giant puzzle, with limited instructions and no replacement parts. 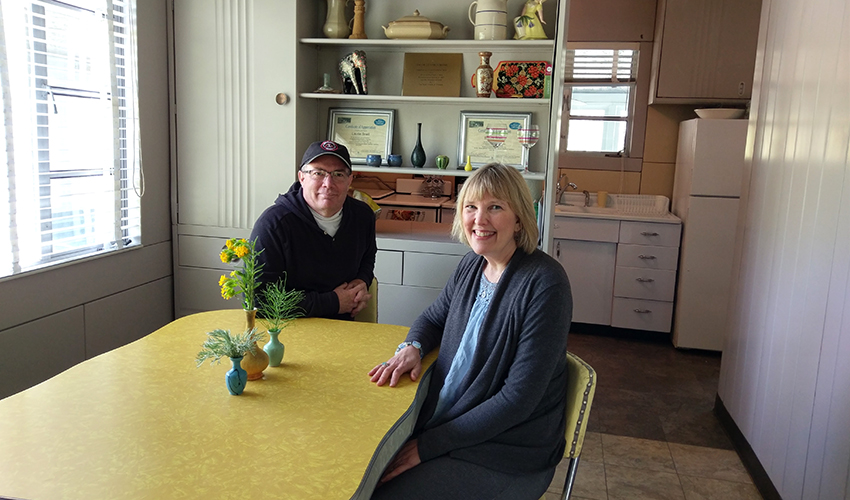 Steve and Laurie Snell enjoying their rebuilt Lustron in the Indiana Dunes.
Previous Next

It’s not uncommon for the Snells to get unexpected visitors at the 1,000-square-foot home, people who grew up in a Lustron house or who have studied them for years and want a peek inside.

Working on the home sparked a family passion for Lustron-hunting, prompting the couple to keep an eye peeled when traveling. The homes’ distinctive metal-tiled roof is a giveaway that they’ve found an authentic design. New York’s Museum of Modern Art recruited the Snells for the volunteer team that assembled part of a Lustron for a ‘50s housing exhibit on modular homes at the museum in 2008.

The Snells will share their expertise and adventures during a talk at the Portage Lakefront Pavilion on May 3, 2019, offering an overview on their home, one of the sites on the Logs to Lustrons tour on May 4, 2019, which includes 11 landmarks spanning a century of architecture. The talk will also highlight the history of the Indiana Dunes National Park, an overview of the area’s architectural legacy, and a look at how Indiana Landmarks is partnering with private lessees to restore several landmarks within the park’s boundaries. The information may inspire you to plot where you want to spend the most time on the tour.