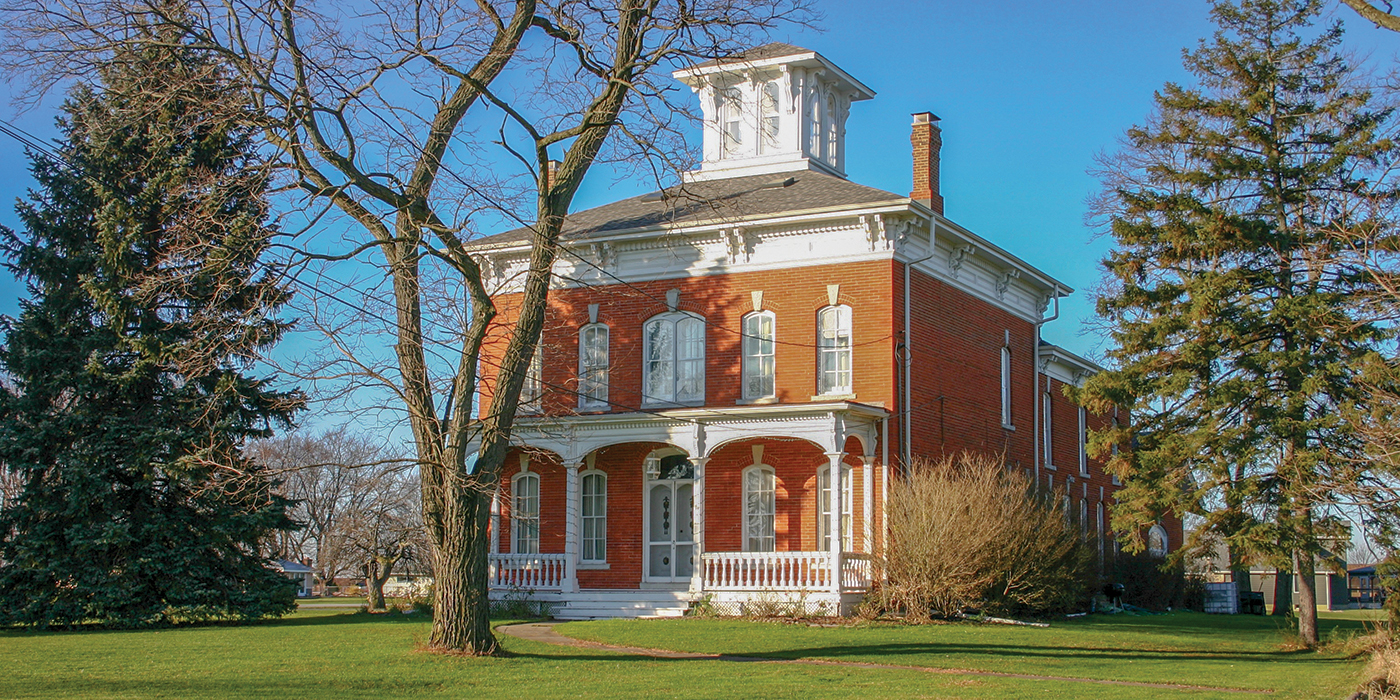 With its symmetrical facade, square cupola, and brackets along the cornice, Valparaiso's c.1875 Josephus Wolf House is a superb example of Italianate style in Porter County.
POSTED ON September 24, 2019 BY Indiana Landmarks | News

Of Indiana’s many architectural house styles, perhaps none is so well represented as Italianate, and for good reason. Popular around the state from 1855 to 1890, Italianate architecture emerged as Indiana experienced a population boom, swelling by over one million people between 1850 and 1890. As a result, you’ll find examples of the style in urban, suburban, and rural settings all over the state. 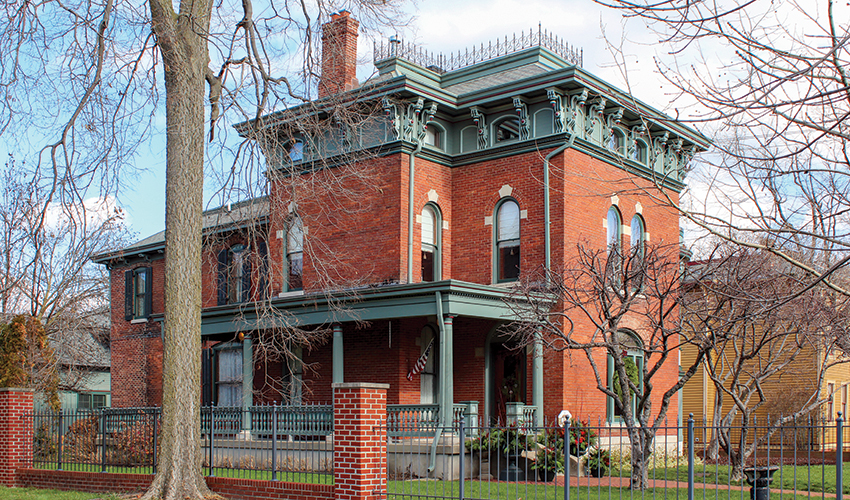 In Indianapolis's Old Northside neighborhood, the 1873 Cosby-Lauter House offers another interpretation of the Italianate style, its basic profile embellished with the addition of a porch. 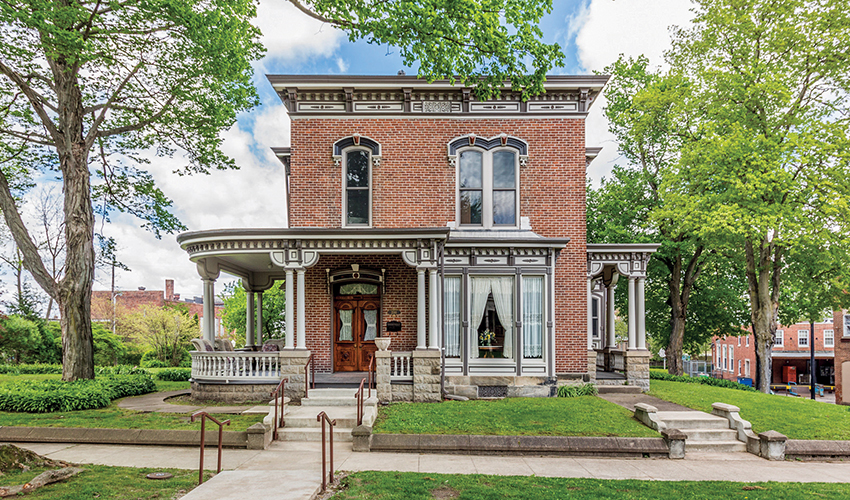 Attica's Rohlfing House provides an example of an Italianate house that underwent a Neoclassical remodel in the early 1900s. (Photo: Cory Phillips) 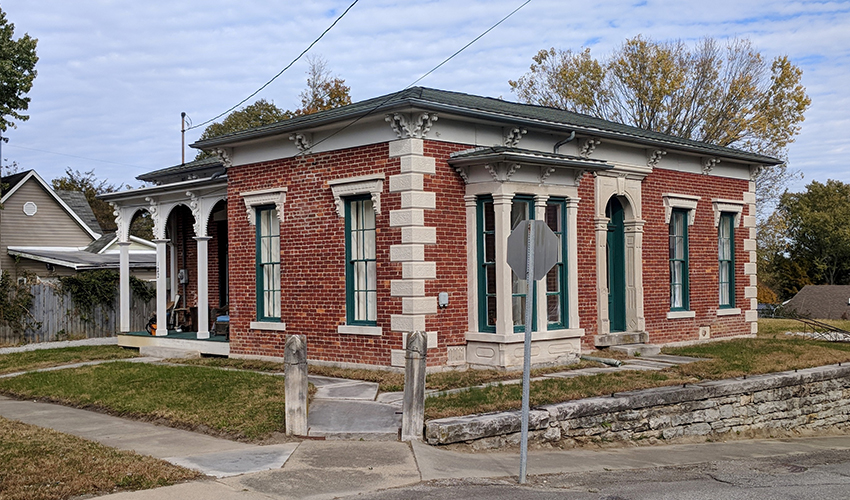 The popularity of the Italianate style led to the incorporation of its details among more modest buildings like Gosport's Dyer House, which includes the style's signature brackets at the cornice and decorative window hoods.
Previous Next

American Italianate houses tend to follow two broad trends: the picturesque and informal buildings inspired by rural Italian villas and farmhouses, and the formal symmetrical buildings modeled on the principles of urban Italian Renaissance design. Around Indiana, you’ll find Italianate houses constructed in brick and clapboard, and even vernacular forms such as gable-fronts and I-Houses that incorporate Italianate details.

To spot an Italianate building, look for brackets along the cornice, a defining hallmark of the style. While they may look like they support the roof, they are merely decorative. The roof is typically low-pitched and hipped, although gable-front forms also appear. Decorative window hoods cap tall, narrow windows that often stretch from floor to ceiling on the first floor. Lunettes, also known as eyebrow windows, sometimes show up near the roofline, shedding light into an attic. The half-moon shape ties the design to its Italian roots (think of the Roman arch).

Now that you know what to look for, don’t be surprised if you see Italianate houses popping up everywhere! Learn more about historic house styles in Indiana in our online style guide.