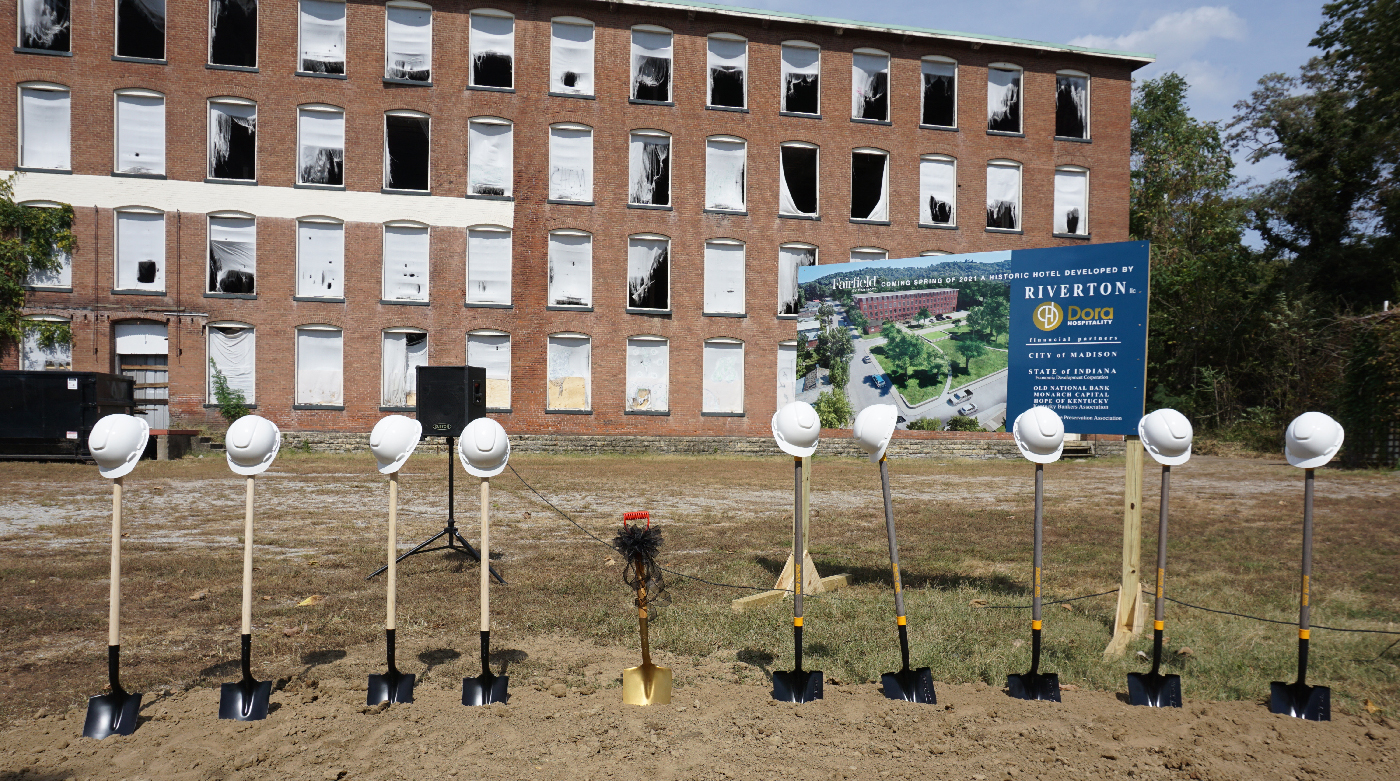 Madison’s charming historic homes and picturesque downtown get plenty of attention these days, but it’s easy to forget that it was industry – from textiles to meat packing – that fueled the city’s development. Three recent projects are preserving places associated with that industrial heritage and shining new light on a sometimes-overlooked part of Madison’s history.

Just last month, city leaders and developers officially broke ground on a $21 million project that will transform the former Eagle Cotton Mill into a boutique hotel and conference center. Built in 1884, the mill had been vacant for three decades when it landed on Indiana Landmarks’ 10 Most Endangered List in 2013. The bleak picture changed when Riverton, LLC, the City of Madison, and the Indiana Economic Development Corporation (IEDC) put together the plan to revitalize the mill, one of the city’s largest historic buildings, and meet a real need for additional rooms and amenities to support Madison’s growing tourism industry. 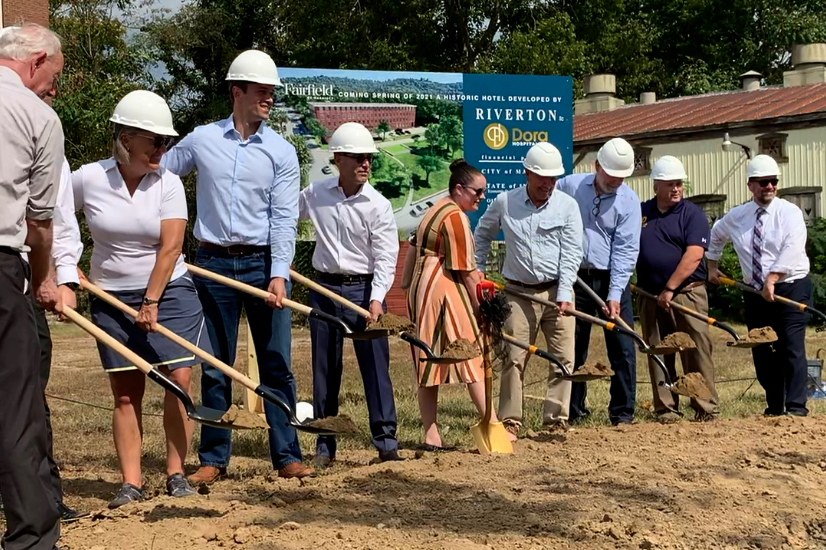 The groundbreaking also served as a fitting memorial for Mayor Damon Welch, a long-time advocate for the building’s preservation who passed away just days before. Read more.

Tower Manufacturing operated on West Second Street in Madison for 111 years, producing tacks, nails, picture hooks, and wire before closing in 2007. The 60,000 square-foot building – its oldest portions dating to 1884 — sat vacant for a decade until Madison’s designation in 2017 as a Stellar Community qualified the city for financial incentives, making its reuse economically feasible. 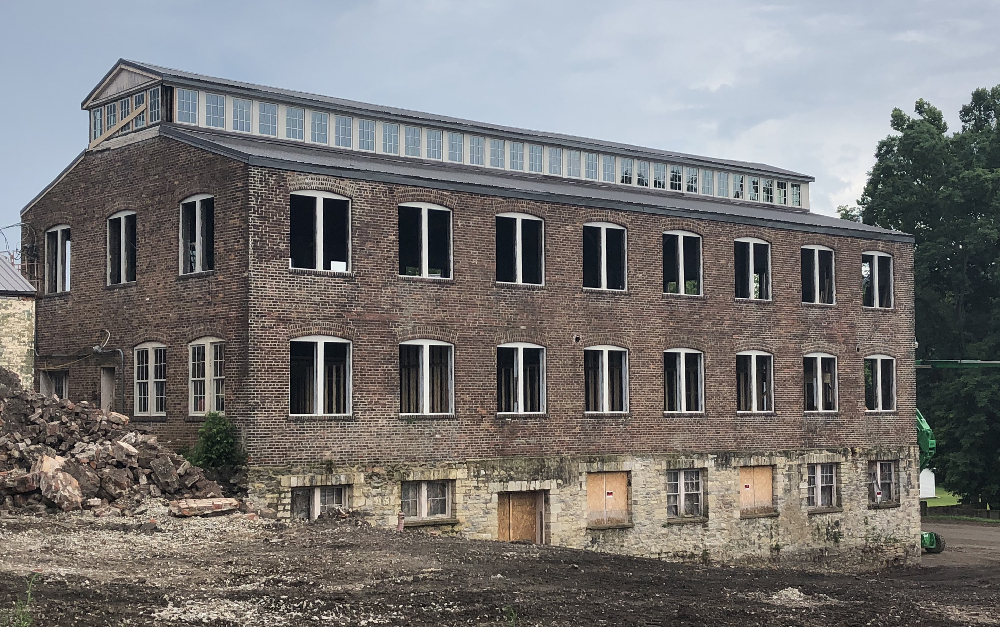 In crafting a plan for reuse of a former feed mill at the corner of West Street and West Second, developer Jerry Wade drew on Madison’s long brewing history, a tradition that dates to the 1820s. He bought the 12,000 square foot building in 2018 and by year’s end opened Mad Paddle Brewery. 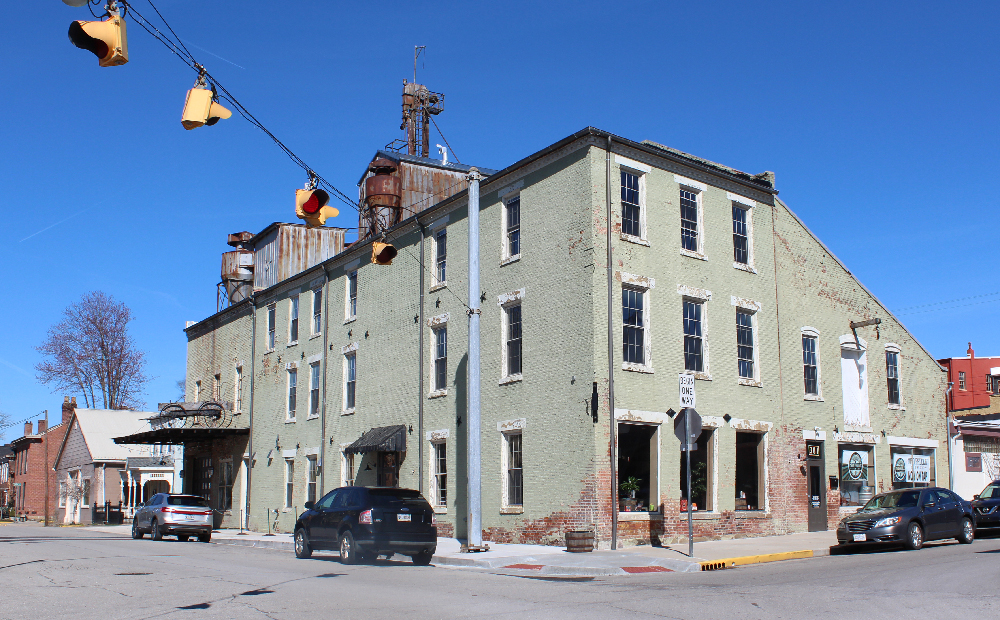