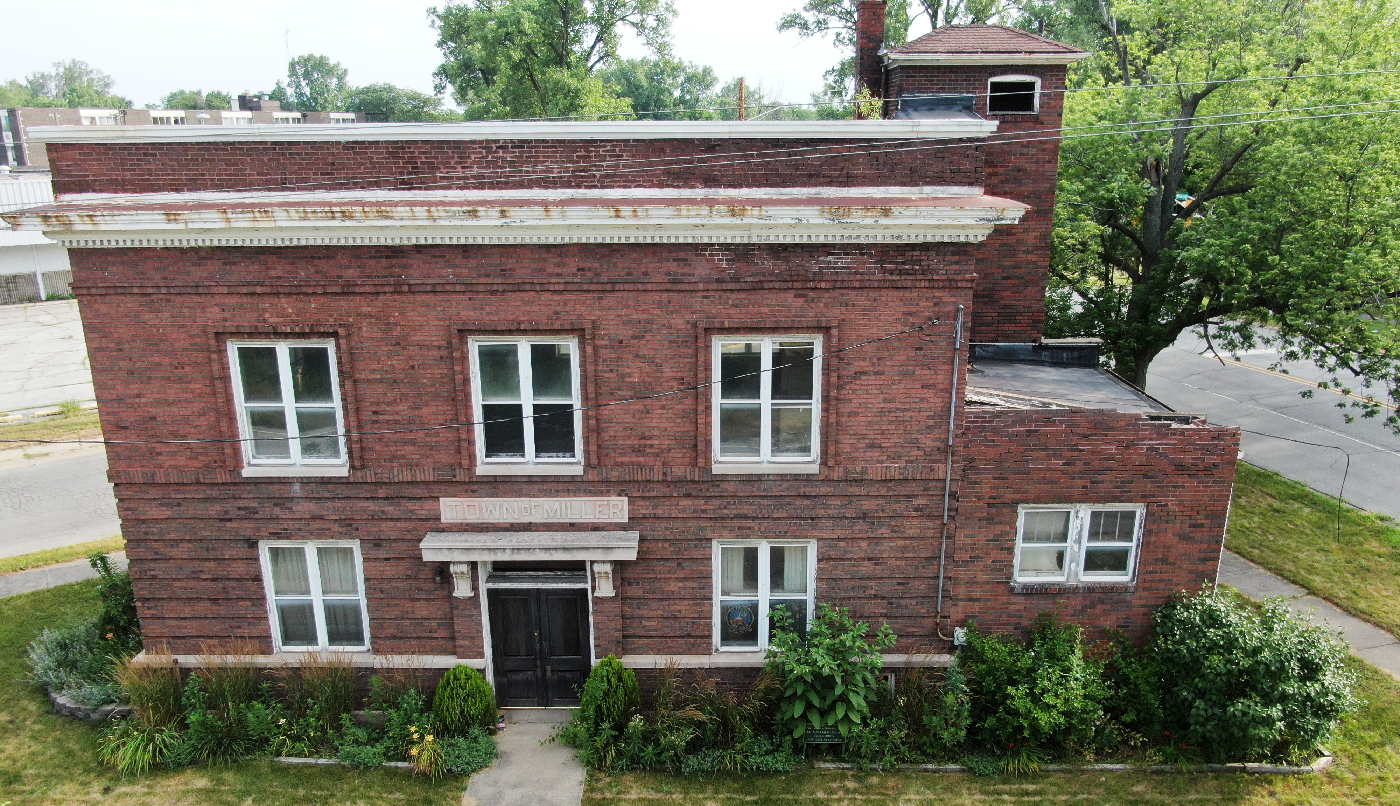 A Time Before Steel

Wedged between three intersecting roads in the Miller neighborhood of Gary, a compact brick building with “Town of Miller” inscribed above its front door is a curiosity for many drivers who pass by on their way to Lake Michigan. A relic of the community’s short-lived independence, the old Miller Town Hall faces an uncertain future – and it’s not the first time.

The Town of Miller originated in 1874 as a small village at the junction of the Michigan Southern and the Baltimore & Ohio railroads in north Lake County. Fishing enterprises and ice suppliers fueled the town’s growth over the next 30 years. In 1906, the seismic arrival of U.S. Steel and the City of Gary inspired town leaders to assert Miller’s independence by commissioning architect J.J. Ver Plank to design a small but stately town hall, completed in April of 1911. But the move only delayed the inevitable, and the expanding Steel City annexed Miller in December of 1918 to gain access to the area’s beachfront real estate. 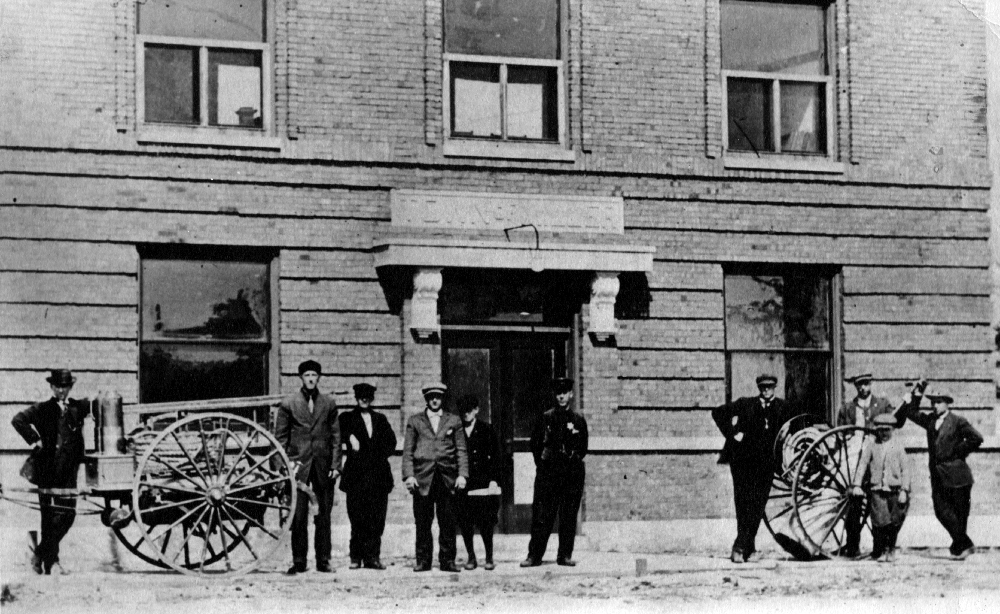 The city converted the former town hall into to Gary Fire Station #7 — modifying the building to accommodate equipment and vehicles – and it served in its new role for almost 60 years. When officials decided to relocate the fire station in 1975, the former town hall’s future became uncertain. Local organizations, including the Miller Business Association, stepped in to rehab the building as a community center, even enlisting a local detachment of Marines to help with painting and exterior repairs. The redemption was short-lived, however, and by the mid-1990s the building was empty again.

Earlier this year, the building caught the attention of Brad Miller, director of Indiana Landmarks’ Northwest Field Office. “I was on my way to the office and noticed that the brick parapet had collapsed on the back of the building. Little did I know what I’d find inside,” he says.

The parapet wall turned out to be a minor concern compared to the building’s deteriorated roof, which has clearly been leaking water into the hall for some time. Inside the lone staircase is interrupted by a large hole where the wood has completely rotted and the ceiling has collapsed, making the second floor essentially inaccessible. Water in the radiators appears to have frozen and burst, destroying the surrounding plaster. 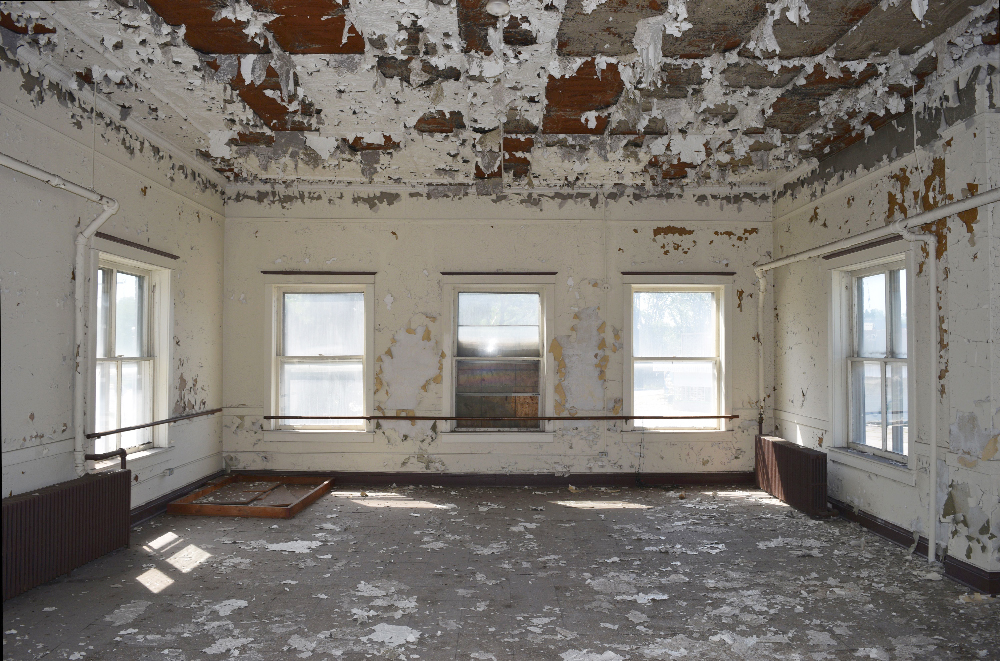 Residents and business leaders have long suggested the former Town Hall could serve as a welcome center, highlighting beach attractions, sharing local history, and offering meeting space. But left unchecked, the building’s rapidly deteriorating condition could spell an end to those dreams.

Brad Miller rallied community leaders, and Indiana Landmarks awarded the Miller Historical Society a $2,500 grant from our Efroymson Family Endangered Places Fund to hire Gregory Jenkins AIA, a long-time resident of Miller, to assess conditions at the Town Hall, create renderings, and assemble cost estimates. In the meantime, the building urgently needs a new roof to halt further water damage, and the clock is ticking.