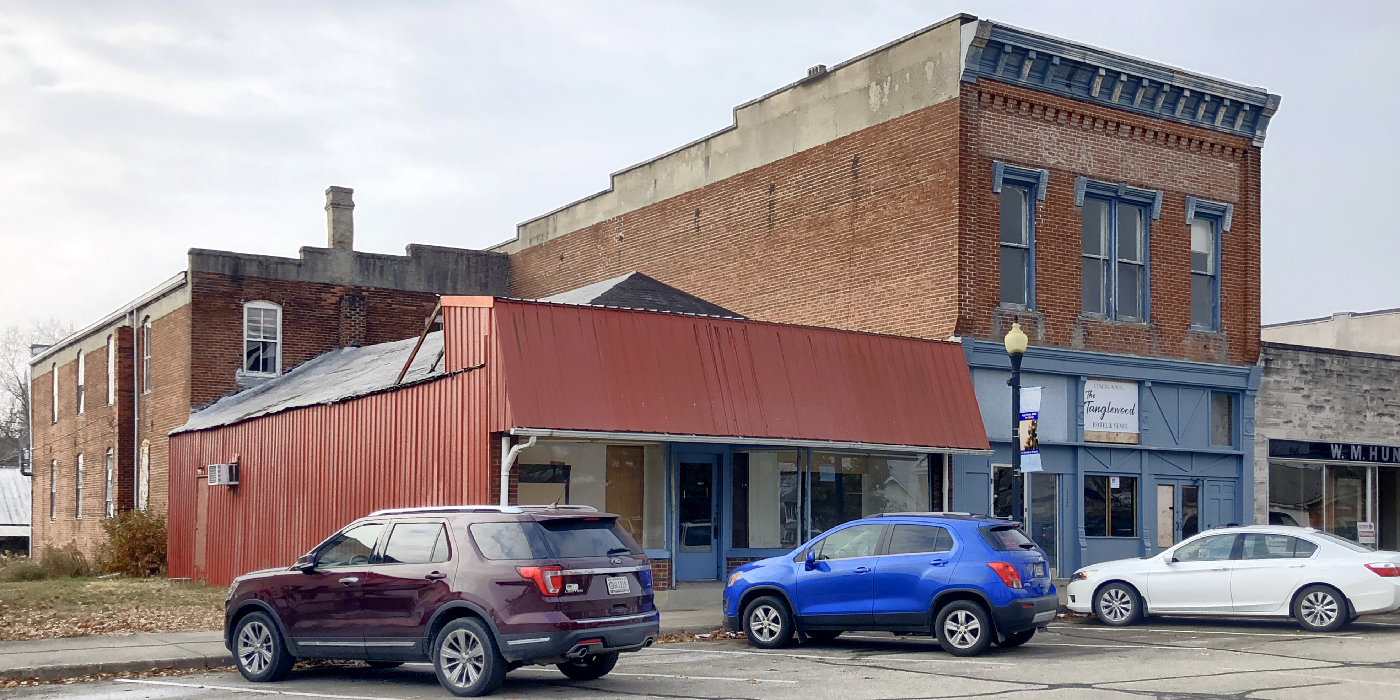 Versailles, the county seat of Ripley County, has one of the region’s few traditional courthouse squares. The 1861 Greek Revival courthouse towers over the square, surrounded on three sides by historic buildings and on the fourth by new county buildings. When Ron-Dee Printing closed its doors on the south side of the square, many people worried about the future of the company’s historic commercial buildings. But Versailles residents Holly and Jordan Harley had a vision.

Through her work with Main Street Versailles, Holly Harley knew downtown Versailles needed investment, along with attractions, connectivity, and support businesses for visitors to Versailles State Park, located on the town’s edge. When the Ron-Dee property came up for auction last summer, she and her husband decided, “Why not us?” and took the plunge. 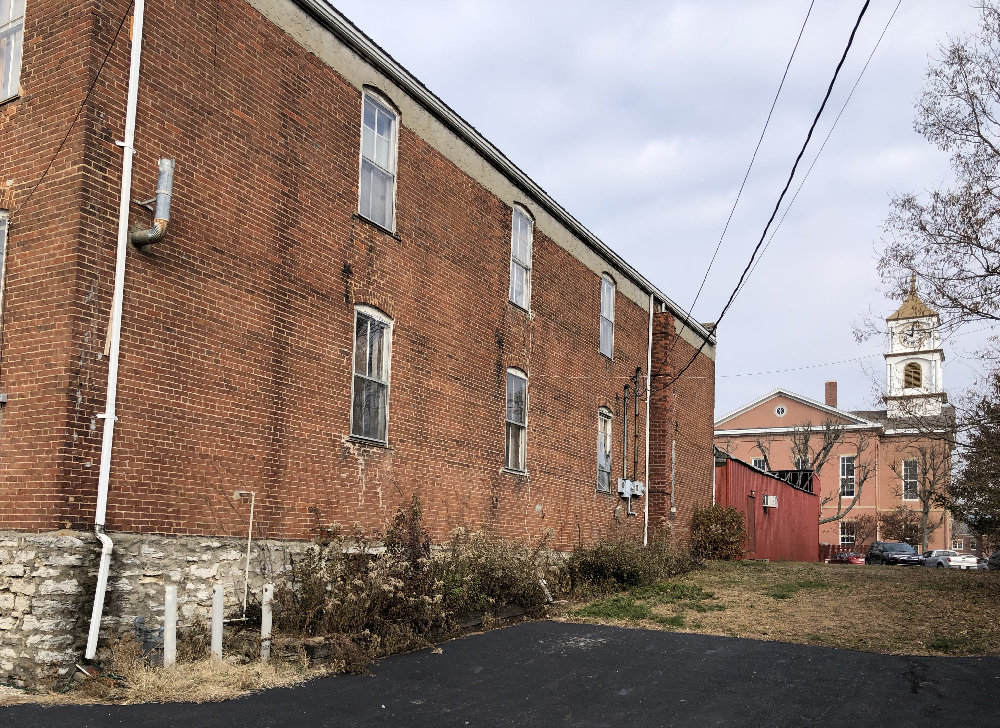 Holly and Jordan Harley are rehabbing two buildings across from the Ripley County Courthouse in hopes of convincing other entrepreneurs to invest in Versailles’ historic downtown.

The property consists of multiple buildings, including a former movie theater and a connected carriage repair shop—both two stories—and a detached glazed brick garage. The Harleys plan to use the connected buildings as a boutique hotel and event center called The Tanglewood. A late-twentieth-century single-story addition will be removed to make way for a patio and garden.

The interior of the larger buildings had been carved into smaller spaces for offices and apartments, many with dropped ceilings. The couple opened the spaces back up, gutting the interior to reveal brick walls and a pressed metal ceiling in the former theater. 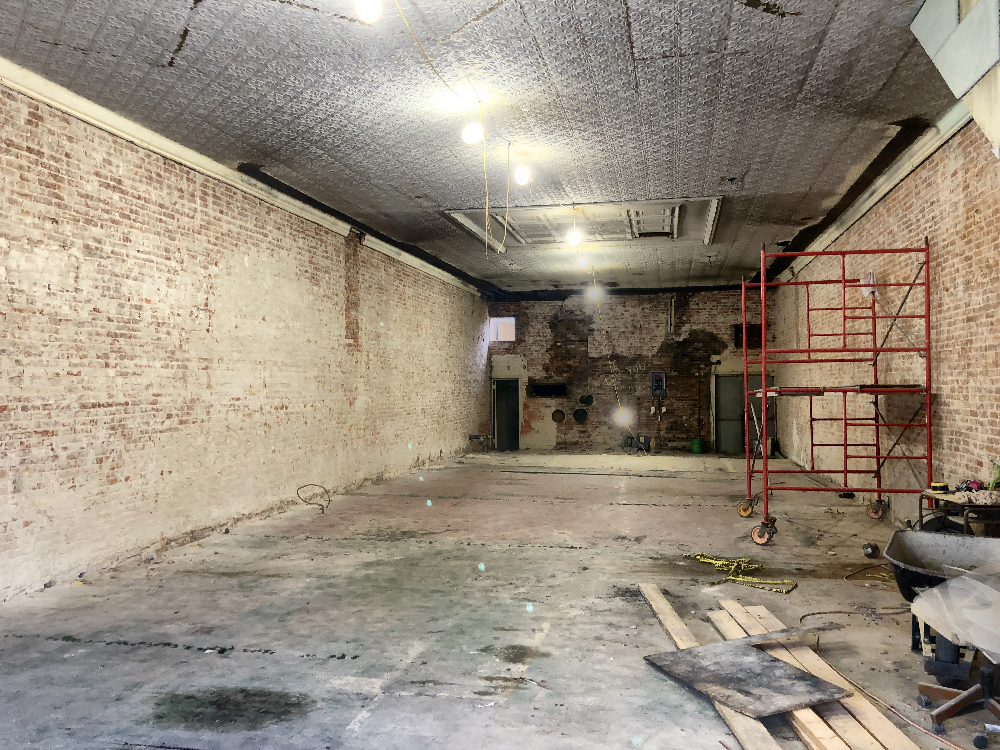 Though the raked floor of the theater will be removed, the Harleys are looking at ways to salvage and reuse the historic flooring. They face other important decisions as well, including how much space, and which buildings, should be used for hotel room space versus event space.

“I grew up in Versailles, moved away and then came back, and I want to see it thrive so others who also want to come back have that option,” says Holly. “Our hope is that this will be a catalyst for further revitalization on our town square, that other entrepreneurs see opportunity to pursue their dreams here too,” she adds.